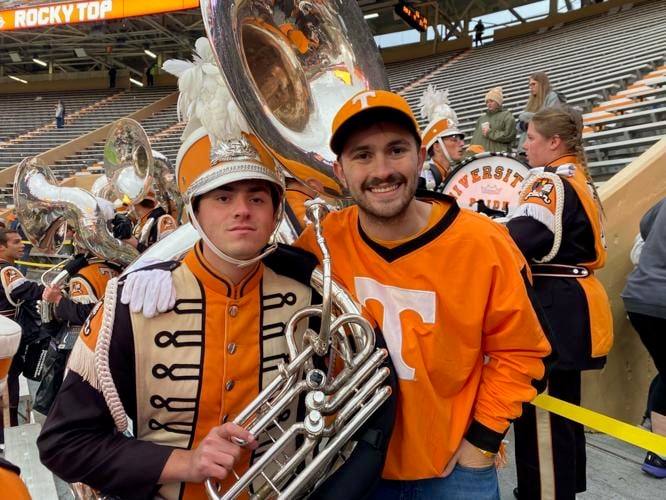 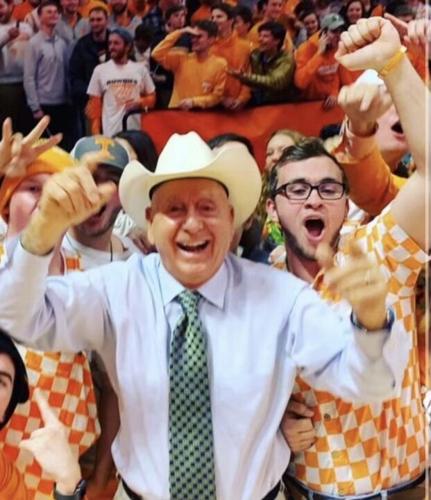 Noah Cartwright plays the tuba for the Pride of the Southland at the University of Tennessee. 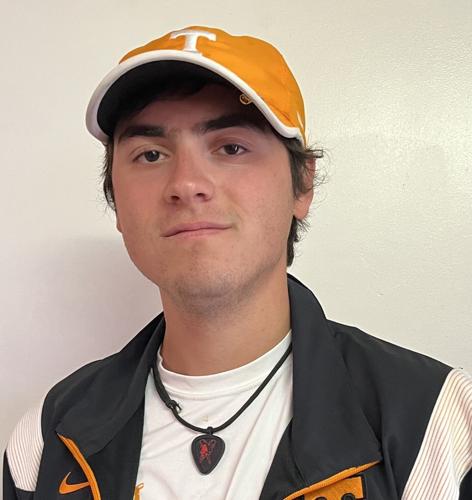 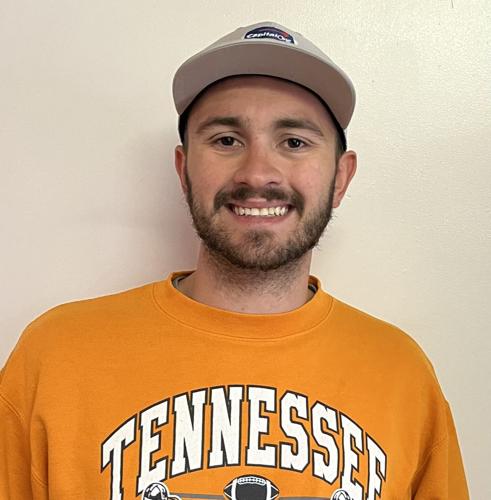 Noah Cartwright plays the tuba for the Pride of the Southland at the University of Tennessee.

This year, University of Tennessee seniors Connor Belcher and Noah Cartwright have played supporting roles in the Volunteers’ athletic landscape.

As 2019 graduates of Trousdale County High School, both young men now help to exited the crowds at Volunteers’ sporting events.

Cartwright — a tuba player and member of the Pride of the Southland — and Belcher — the Rocky Top Rowdies President — have dedicated themselves to UT sports in supportive roles.

“We are always at the games before the fans show up,” said Cartwright. “We get there about an hour and a half before the game starts, so we are already there bringing the pep. (The fans) are always happy for us to be there.”

The Pride of the Southland — the university’s marching band — performs at football games and brings energy for those fans in attendance.

“The band brings with it a lot of the traditions that the fans love with the No. 1 tradition being ‘Rocky Top,’ ” said Cartwright. “It is by far the song we play the most. It is the song that people want to hear the most. It is the one that gets the most engagement, because it has the singing part.”

TCHS Band Director Rob Joines added, “The band plays a huge part (in UT football). It’s great scoring touchdowns, but it is even more fun when the band is playing ‘Rocky Top.’ ”

And while UT football seems to have an established fan base, the Rocky Top Rowdies exist to provide structure to the student section at UT basketball games, helping to promote fan engagement.

“What we do on the (Rocky Top Rowdies) executive board is help come up with ideas for the student section to make them even rowdier and more chaotic, to bring that energy to the games,” said Belcher. “We focus mostly on basketball, because football is really self-sustaining.

“The project that we’ve been working on is to come up with chant sheets for students so we can easily identify and relay large scale chants to the 5,000 students that show up to each Tennessee basketball game. That’s our current project. But we also focus on long-term goals like building the organization and growing it.”

Recently, the Rocky Top Rowdies received a student section of the year recognition, beating out numerous other colleges and universities.

“This year, we won the Taco Bell Live Más Award,” said Belcher. “It’s a national award for collegiate student sections. We beat out the other 130 schools and the Football Bowl Subdivision (FBS schools) to get the award.”

For winning the award, Taco Bell will be hosting a celebration on campus during the early portion of the year.