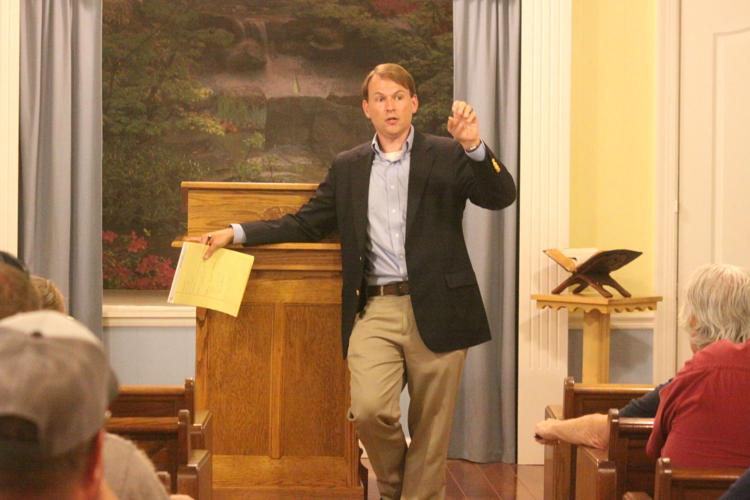 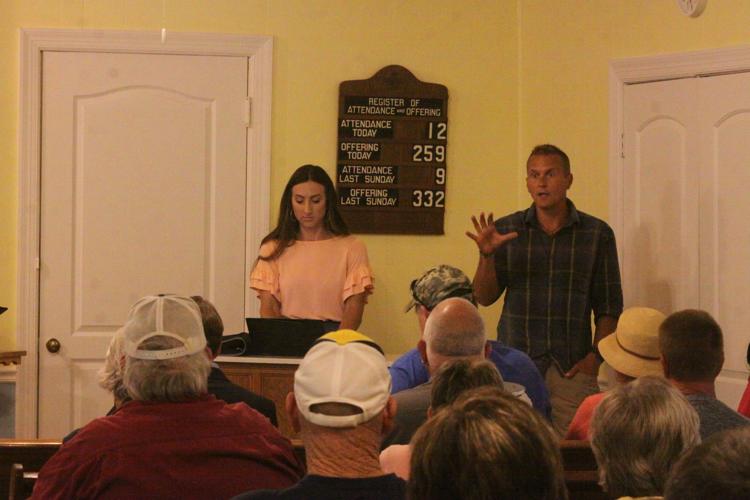 Below: Becky Johnson (at left) and Greg Armstrong are two of the key organizers for the nonprofit, Stop Quarry in Trousdale County. 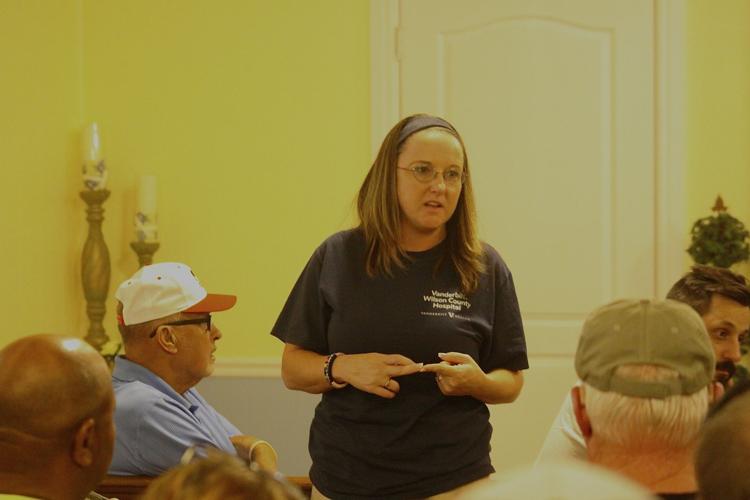 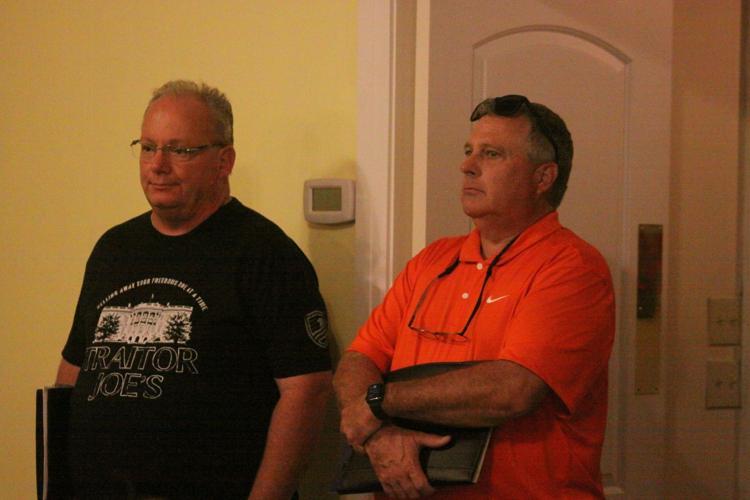 Below: Becky Johnson (at left) and Greg Armstrong are two of the key organizers for the nonprofit, Stop Quarry in Trousdale County.

Trousdale County residents of district 6 held a meeting on July 5 at Antioch Church to discuss their next moves concerning the proposed Hunters Point Quarry.

District 6 covers the area surrounding the proposed quarry in the Castalian Springs portion of Trousdale County.

On July 6, only one day after the district 6 residents’ meeting, quarry representatives from Turn-Key Processing Solutions held a meeting at the community center in Hartsville to address any concerns brought by residents of Trousdale and neighboring counties.

“That is why we are trying to gather together here, to just let them know we are not just going to sit idly by. We need to get as many people there (to Monday’s planning commission meeting) as possible.”

Castalian Springs resident Greg Armstrong added, “It is really important that our opponents — from the Hunters Point Quarry to our local government — see that our community has rallied together and we are unified and are organized. We feel that it is important to be organized.”

District 6 residents say that they were blindsided by the quarry and were not given sufficient notice of the proposed project.

“Part of their tactics is to try and make things look good, then slip in under the radar and sneak into our neighborhood and our community,” said Johnson. “On June 2, they put it in the newspaper — a notice to allow the activity over on that property. We see the signs, and they are not very clear. Unfortunately, state law says they don’t even have to put out signs. All they have to do is put it in the newspaper.”

District 6 commissioner Amber Russell attended the meeting in support of her constituents. Russell is one of two officials representing this district.

“I am fielding many calls,” said Taylor. “Everyone is concerned. I’m getting call after call after call. People don’t want this. Just know, we (those in district 4) all stand with you on this.”

Fergusson added, “There’s a quarry that is trying to come in here next to a river that has had a lot of issues with the land itself and is close to one of the fastest-growing areas of the county. There are a lot of places for quarries, but not where they are trying to put that one. I am totally opposed to this idea of trying to put a quarry down there.”

During the July 6 meeting, the CEO of Turn-Key Processing Solutions, John Cross, tried to reassure residents whose property surrounds the proposed quarry site that his company purposes to follow best practices.

“Anybody who is living in reasonable proximity to a new quarry are always the ones that are concerned the most,” said Cross. “If you follow the best practices, then there is absolutely no reason whatsoever for harm to anyone, ever. We are going to do things the right way. We’ve learned how to manage these facilities.”

Furthermore, Cross welcomed community involvement through the creation of a community council.

“Our community council works well, because we get good feedback from those people, and we make adjustments,” said Cross. “The more feedback we get from them, the better job we can do.”