All three Trousdale County schools went on lockdown Tuesday afternoon after an alleged threat of violence was made toward the high school.

The Trousdale County Sheriff’s Department reported that around 2:20 p.m. on Jan. 11, a complaint was made that an unknown party had telephoned a threat of violence at the high school.

Deputies informed school officials and a decision was made to lock down all three county schools to allow law enforcement time to search the building. Bus drivers who were already at the high school were ordered to leave the campus for their own safety during the search.

No actual threat was found.

Tuesday’s incident came on the heels of two arrests of local teens in December on charges of using social media to threaten mass violence on school property. Both those students were expelled and the cases are being handled through the criminal justice system.

Director of Schools Clint Satterfield said law enforcement was working to trace the reported threat and if found, the perpetrator will be prosecuted “to the full extent of the law.”

Upon getting the all-clear signal, the school system sent a text message and posted on social media to inform parents of the situation.

“The threat was made against the high school and they were very specific about what they were going to do,” Satterfield said. “Deputies kicked into gear, swept the school grounds.” 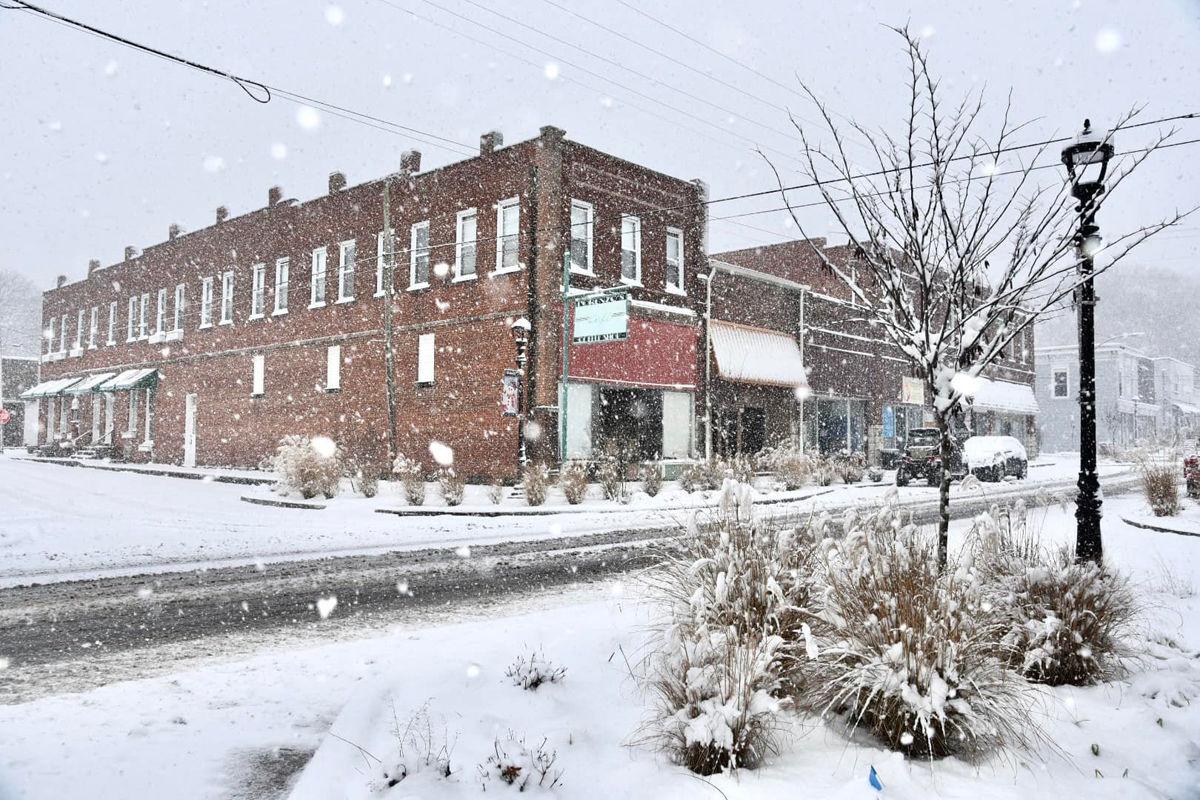 Almost 9 inches of snow fell in Trousdale County on Jan. 6, the biggest snowfall in years. Schools closed for two days, county government closed down and a number of local businesses closed either early or entirely. Look for more photos from Vidette readers on page A7 of this week’s issue.

State Sen. Ferrell Haile, center, stands with TDOT officials along the proposed expansion area of Highway 141 in Trousdale County. When completed, the new highway will link directly into Highway 10 headed toward Lafayette.

The project previously met with a delay after an archaeological site was discovered while being surveyed by the Tennessee Department of Transportation (TDOT).

“Now that the site has been thoroughly investigated, construction efforts can resume for this project,” Haile said in a press statement. “This priority road project will greatly improve mobility for the SR-141 corridor, as well make the road safer for the many commuters who travel through this area each day. I am very pleased that it is moving forward.”

Haile said the project is approximately four miles in length, extending from north of State Route 10 to near the intersection of Cedar Bluff Road. The route will be a two-lane typical section, with two 12-foot travel lanes in each direction, 12-foot paved shoulders, and ditch drainage on either side. Right and left turn lanes and transitions are provided as needed at the interchange. The project also includes the construction of bridges over the Cumberland River and over SR-25 / SR-10.

“The goal is for TDOT to go to contract with a roadbuilding contractor for construction in 2023,” Haile added. “We are working to get everything in place, including funding, for that to happen.”

Haile said that archaeological findings uncovered at the site will aid in research regarding the area’s heritage. Numerous sites occur on similar subtle rises within the Cumberland River terrace across Middle Tennessee.

“I am very excited that we are ready to proceed with this needed road project and look forward to seeing construction begin,” Haile concluded.

Trousdale County’s Solid Waste Committee signed off on hiring an outside company to examine whether it would be more cost-efficient to outsource trash pickup in the Urban Services District.

The agreement was discussed during Monday’s committee meeting and would cost $4,250. The County Commission will have to sign off on the proposal as well.

“This had been discussed as part of the Solid Waste audit, looking at some changes to Urban Services trash rates as well as comparing what a private company could do,” County Mayor Stephen Chambers said. “This would look at our customers, billing practices and come up with a suggestion of what our rates should be going forward…”

Commissioner Mary Ann Baker asked if the county had anyone examine the rates previously. The trash pickup rates were last changed in 2017 but no study was conducted, Chambers said.

The mayor also noted ongoing deficits in the Solid Waste department, saying the shortfall in fiscal year 2021 was $66,523.92.

“This would look to see how we make up that difference. Could it be done better to contracting a company vs. doing it ourselves? If we do it ourselves, what do the rates need to be?” Chambers said.

Public Works Director Cliff Sallee said he had concerns over the possibility of contracting out garbage pickup, asking what might happen if a private company doesn’t show up.

“If something happens and they don’t get it picked up, it’s going to be our problem whether we like it or not,” he said.

Commissioner Dwight Jewell concurred, saying, “We see how well farming it out is working in Davidson County right now. Private collectors aren’t showing up and they’re trying to find trucks; meanwhile the trash is piling up.”

David Nollner recalled a past circumstance when Trousdale looked at outsourcing its ambulance service, saying, “We got hung trying to find ambulances when the company asked for so much money at budget time. We don’t want to get caught flat-footed again.”

Sallee said Public Works was looking to build a storage building at the Convenience Center to hold equipment currently stored in the basement at the old City Hall.

Sallee said the sheriff’s office had raised concerns over the current storage arrangement.

“Maybe this year we can build a small building to hold our paints and such,” Sallee said. “In order for us to host a Household Hazardous Waste Day, we have to have a storage facility for oil-based points and a place to recycle electronics.”

Phase 2 of the development, which sits off East Main Street across from the Highway Department, came before the group for a second time after being withdrawn at the property owner’s request during the December meeting. Originally the owner had asked for a variance from sidewalk requirements, but surveyor Jim Carman said Monday the owner had agreed to include them and that the plat had been updated accordingly.

After months of strong engagement and conversations about public education funding in Tennessee and years of consistent feedback, the Tennessee Department of Education released Tuesday an initial draft overview of a potential student-based funding formula.

Containing the input of thousands of Tennesseans — parents, educators, superintendents, elected officials, business and community leaders, and citizens from across the state — TDOE is encouraging Tennesseans to send feedback on by Tuesday, Jan. 18 at noon. Comments should be sent to tnedu.funding@tn.gov.

“People know what they want for public school funding, and we are thrilled so many Tennesseans have participated in this process and see what this will mean for students,” Commissioner Penny Schwinn said in a press statement. “We know this cannot just be about a funding formula in isolation, but about what funding can do to accelerate achievement for our students, ensure they have access to a high-quality education, and set them up for success after high school.”

The draft framework for a new student-based funding formula would include funding for all services and supports for K-12 public schools that are currently funded in the existing formula.

The base funding under the new framework would include money for educator salaries, nurses, counselors and student supports, intervention resources and technology — along with varying district-specific needs.

Districts would also receive additional dollars for specific student subgroups that are sometimes harder or more expensive to educate like students who are living in poverty, English language learners and students with disabilities.

Some funding would go to charter schools, impacting about 42,000 of the state’s nearly 1 million public schools students.

The draft indicates that the amount of funding or emphasis on each of these weights would vary, with a heavy emphasis being placed on providing additional funding for students in poverty and a lighter emphasis on charter school students.

The state would also allocate additional funding for tutoring programs, career and technical education programs and to districts considered “fast-growing.”

The draft framework includes an “outcomes section” that would provide a per-student bonus for performance.

“I want to personally thank the Tennessee parents, teachers, students and citizens who have engaged in this important discussion about our state’s education funding, and to encourage all Tennesseans who want to get involved to send their public comments on this latest draft,” Gov. Bill Lee said in a press statement. “As we plan for the future of Tennessee, this process will continue to ensure we’re listening to the people of the state and improving how we invest resources to set our students up for success.”