Jack McCall, who campaigned along with his wife Kathy McCall (middle) and sister-in-law Patsy McCall (at right) during last Thursday’s county general election, was voted in as the new Trousdale County Mayor by winning a three-way race with incumbent mayor Stephen Chambers and former county commissioner Bill Fergusson.

Trousdale County Mayor Stephen Chambers (at left) expressed his gratitude to individuals who have supported him. Chambers campaigned last Thursday along with his wife, Crystal Chambers.

Antioch Church of Christ in Castalian Springs was one of the voting sites for last Thursday’s Trousdale County General Election. Election results showed that Jack McCall received nearly 40% of the vote, while incumbent mayor Stephen Chambers was a close second at 35%.

McCall will be stepping away from the professional-speaking circuit as he officially begins his term as mayor on Sept. 1.

Election results showed that McCall received nearly 40% of the vote, while Chambers was a close second at 35%.

“It was still closer than I thought it would be,” said McCall. “The people really turned out in a couple of districts. It put some doubt in my mind, but I relied on the fact that when I went through the numbers for early voting — knowing the people who voted for me — I was pretty sure that I got 40% of the vote. I knew if I got 40%, I probably would be okay.

“People were telling me all the time, ‘You’ve got this.’ ”

In response, McCall was quick to recognize his family and friends for helping him and encouraging him along the way.

“All three of my brothers and my sister came today,” McCall said. “They worked all day (campaigning). I thought about my mother and dad all day today and what they instilled in us.

As McCall takes office, he plans to hit the ground running.

“I’m very excited,” said McCall. “I’m ready to go to work. I’ve got about three weeks until work, and then, a little bit more than that to be ready for the first county court (commission) meeting, and I’m already working with some great people.”

As Chambers prepares to leave office, he expressed his gratitude to those who have supported him.

“I want to thank everyone who voted for me and supported my campaign and my wife, Crystal, for her support, encouragement, and hard work,” said Chambers. “It has been a privilege to serve as mayor, and I wish all the newly-elected officials well.”

Above: Chris Gregory (at left) will begin his tenure on the Trousdale County Commission on Sept. 1, representing District 7.

The Trousdale County Commission will have nine new faces in the aftermath of last Thursday’s local election.

“That’s not normal,” Crook said of the nine new commissioners. “Before four years ago, you never would see a commissioner (campaign) sign or anything. I came out and started putting out signs and just decided to run.

“I knew that I was going up against people who had been in office a while. Once I started putting up signs and getting their opinions, everybody started buying up signs and going house to house (campaigning) again.”

Of the 20 Trousdale County Commission seats that were up for grabs, 16 incumbents were seeking reelection for another four years for the non-partisan seats, while the other four commissioners did not seek reelection.

“I want for the people to decide what’s best for the community, which is mainly the reason why that I got into the race, just to give the power back to the people,” Crook said. “If you go to meetings, there’s not many people involved. It’s heartbreaking to know that our society doesn’t care about politics in general. I just want to bring it back and try to get people involved.”

“I just want people to get involved,” Crook said. “Everybody started buying signs and going house to house again. I thought that was very interesting, just getting people back involved.”

The district 3 race was one of three districts that had four candidates all vying for two seats. Incumbents Jerry Ford and Gary Walsh were challenged by Grant Cothron and Joseph Mirsadshanow. While Ford retained his seat on the commission, Cothron obtained the district’s other spot.

In district 9, incumbent Richard Johnson retained his seat, while David Thomas was victorious over incumbent Rachael Jackson Jones and Marshal Myhan for the remaining commission seat.

After contending in a three-way race, district 7 will be represented by two newcomers. Although incumbent Gary Claridy made a good effort to hang on to his seat, Chris Gregory and Judy Kerr won the district’s two spot.

In district 1, incumbents Kenneth Buckmaster and David Nollner were challenged by Mark Presley. While Nollner narrowly held on to his commission seat, Presley was largely victorious in his race, taking the second seat from Buckmaster.

District 2 incumbents Shane Burton and Landon Gulley were opposed by Carla Jean Ferraro. However, both incumbents successfully held on to their seats on the county commission.

While district 5 incumbent Rick Davis did not seek another term, incumbent Lesley Overman was joined on the ballot by Will Dennis.

District 6 incumbent Amber Russell had Wilson Alan Carman alongside of her on the ballot as incumbent Richard Harsh did not seek reelection.

District 4 was the only unopposed, unchanged district with incumbents Terry “Bubba” Gregory and Lonnie Taylor retaining their seats on the county commission.

After a swearing-in ceremony on Aug. 29, all newly-elected officials will begin their terms on Sept. 1. 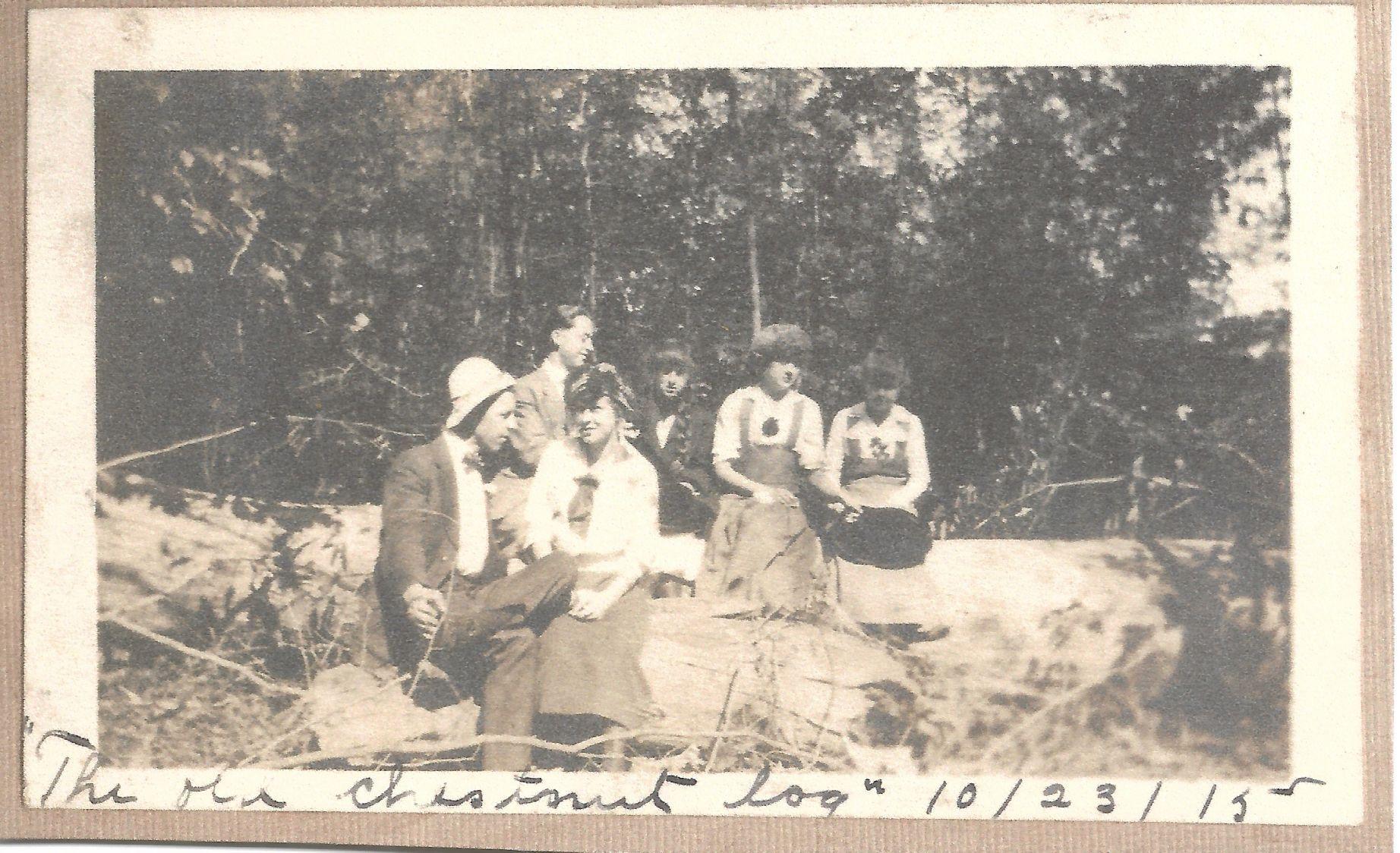 Trousdale County Sheriff Ray Russell (far right) was reelected for another four-year term, which will be his eighth term in office.

The Trousdale County School Board will welcome three new members for the upcoming term.

Bode, along with challenger Kayla Ring, were both vying to be the District C representative — the only contested seat on the school board — which Bode won by a 224-125 margin.

Giving credit to those who supported her in her win, in which she received 64% of the vote, Bode expressed her excitement to serve.

“Thank you for all the support,” said Bode. “I had quite a few people who were supporting me on social media and also within the community, and I appreciate that. I appreciate all the positive energy that was created. It’s an exciting time to be able to do this work.”

Bode is a former assistant principal at Trousdale County Elementary School. Currently working as a consultant with school districts throughout the state, she is familiar with the growing needs of the school district.

“There’s a lot of work to jump into, but it’s exciting,” Bode said. “In Trousdale County, we’ve had a lot of growth in our schools, and we’re beginning to talk about that and project the future.

“Growth can really affect instruction, as we are getting close to capacity now. But I know with some planning, we can do it well.”

Bode shared of her eagerness to join what she calls an already-strong school board.

In the sheriff’s race, Trousdale County Sheriff Ray Russell received another four-year term, which will be his eighth term in office.

Russell garnered almost three times as many votes as Gunter, winning by a margin of 1705-592.

Russell, who was being challenged by former Trousdale County K-9 deputy Daniel Gunter, began his tenure as sheriff 26 years ago when he was appointed to complete the final two years of long-time Trousdale County Sheriff Charles Robinson’s term.

“This is my eighth term,” said Russell. “My first one was a two-year term. The sheriff I worked for passed away in office. I was appointed in March 1996, then was elected in August 1996.”

And for giving him another four years, Russell thanked the voters and said that his plan is to continue to work hard on several future projects.

“I appreciate everybody’s support and confidence in me,” said Russell. “My plan is to keep working as hard as I can to keep Trousdale County safe.

“I appreciate the opportunity to serve four more years. We have a lot of projects ahead of us in the next four years.”

Above: The Woodard family — a hometown gospel group — entertained spectators from the steps of the courthouse as people gathered last Thursday to meet local candidates and see election updates.

Organizers are really sure exactly when the tradition began. However, many Trousdale County residents recall that it ended sometime after 1999, when the election commission moved to its current location on Broadway.

“They quit doing it after the election commission moved out of the courthouse to their own building,” said event coordinator Mark Presley. “Some of our traditions have fizzled out, and I just wanted to bring this one back.

“A couple of days before the election, I asked the mayor (Stephen Chambers) if he minded if I threw an event. He said if I could get it together, he was all for it. It was kind of a last-moment thing, but we pulled it off.”

The Woodard family — a hometown gospel group — entertained spectators from the steps of the courthouse as people gathered to meet local candidates and see election updates, and food trucks helped top off the celebration.

“For everything I saw, I thought it (the event) was a good thing,” said newly-elected District 8 commissioner Brian Crook. “I think it went well.”

Though the long-standing tradition of gathering at the courthouse on election day fell by the wayside, it was never forgotten. Many older Hartsville residents remember the large chalkboard that prominently displayed election results, remaining in front of the courthouse for approximately a week after each election so that the public could view it. They remember how that it was events like this that brought the community together.

“I just missed the activities we grew up with,” said Presley. “It seems like Hartsville was more active in the good old days. I knew there’d be an interest (in this event), because everybody wants to know who won the election. We are trying to bring stuff back to the downtown area, more activities. I had a good feeling that people would come out. With the food and the Woodard family, I just thought it would be a fun activity.”