“I would like to get to the point where we can add two full-time people, at least during the week,” Trousdale County Fire Chief Jay Woodard said. “With having two people full-time down there during the day, at least the truck would be able to roll immediately.”

Having the necessary personnel for fire calls has been an issue recently.

“Typically, you are going to need six people to work a working fire — two in, two out, one pumping, and another in command ... that would be a minimum,” Woodard said. “We had a small trailer fire here recently and had four people show up that could dress out.

“I believe it would be beneficial to the community to have two people, 40 hours a week during the day, and that way they could supplement (the number of needed firefighters at a particular time). You would for sure have people that would respond.”

According to the fire chief, the average response time en route to a call is approximately six to seven minutes, but at times, it has taken up to 15 minutes.

“If this is something that we needed and talked about, it seems, at least on surface value, that this would be beneficial,” said Trousdale County Commission Chairman Dwight Jewell. “I’m not exactly clear what is keeping us from doing this if this is what the chief thinks we need to do.”

Woodard added, “The way the bylaws read right now, we’re not capable (of hiring permanent positions). Hopefully, we can take care of that in the future.”

As they are considered volunteers, the bylaws currently governing the Trousdale County firefighters do not address permanent positions, only volunteers.

“So, it seems that the biggest stumbling block that we have when we try to do anything with the fire department is the set of bylaws that keeps it from being a department of the county government,” said Jewell. “I think that is the big gorilla in the room that needs to be addressed at some point and time.”

Trousdale County Mayor Stephen Chambers added, “As the charter recommends, we have to follow the bylaws as to how the firefighters are chosen. There are some issues that we need to address. I told the chief that I had some legal concerns, and I’ve expressed those to the county attorney. He and I were supposed to meet on Friday to address (how) it can be done.”

Before turning its attention to other budgetary matters, the committee indicated that it would look further into the matter in the future.

Clara Baldwin, who is one of 10 children, spent time with her mother, Cheryl Baldwin, on Mother’s Day.

Gatherings for Cheryl Baldwin’s family result in a large crowd.

“If you have a mom, there is nowhere you are likely to go where a prayer has not already been,” said author Robert Brault.

On Sunday, mothers of all age and experience level were honored, both mothers of many and mothers of one.

Though it has been said, life does not come with a manual, it comes with a mother, long-time Hartsville resident Cheryl Baldwin just may be an expert on motherhood.

“Our children are a treasure,” Baldwin said. “They are a gift and a blessing from the Lord.

“I’m thankful that we didn’t say nine is enough.”

Instead, Baldwin has 10 children.

“I never thought of having a large family,” Baldwin said. “I came from a family of five (kids), and in those days, that wasn’t very big. But God has called us to do big things.”

Being a woman of strong faith, she and her husband of 37 years decided to let God build their family, and that He did.

Baldwin and her husband, David, were blessed with four boys and six girls. Of their ten children, they have only one set of twins.

Due to having a large family, being frugal was a necessity.

“If something broke down, we didn’t necessarily have savings,” Baldwin said. “We made homemade bread. We always had a good-sized vegetable garden, and we had chickens. This helped them (her children) learn not to take that food for granted.”

Keeping an organized home with children can be a challenge to any mother.

“We had jurisdictions, or assigned areas, that each child was given,” Baldwin said. “They helped with meals and laundry. They were expected to keep their rooms clean. After 30 days, if they were diligent in keeping their area clean, they could switch jobs. It wasn’t a life sentence.”

Today, six of her children are married, and the blessings keep multiplying. Baldwin now has 10 grandchildren and will shortly welcome four more.

For the Baldwins, family gatherings, such as Mother’s Day, draw a large crowd.

Although she will not be able to be with her own mother this Mother’s Day, Baldwin learned from her experience as a daughter.

“God used my mom greatly in helping me learn to be a good mother,” Baldwin said. “As a mother, my greatest desire for my children is to know God and not miss their destiny, and I’m so grateful for God’s faithfulness.”

With her devotion to her family, she has held her children’s hands for a short while but strives to hold their hearts forever.

Trousdale County schools will now be dismissing for the summer on Monday, two days earlier than originally scheduled. 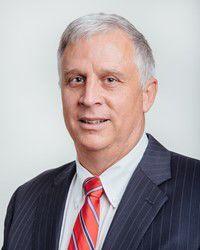 A meeting last week with school principals prompted the decision to forgo final exams that were to be administered next Tuesday and Wednesday, officially making Monday the last day of school for this school year.

“We had excellent attendance, about 99%, over three weeks of testing,” said Trousdale County Director of Schools Clint Satterfield. “We appreciate the efforts of our students and the support of their families.”

Those positive variables factored heavily into the decision to end the school year earlier than originally scheduled.

“We wanted to reward our students,” Satterfield said. “This was at the recommendation of the principals.”

This is the first year since the COVID-19 pandemic arose that students have returned to normal testing conditions.

“The last time we had state assessment data was 2018,” Satterfield said. “Last year, we were on a hybrid model.

“The TCAPs (state standardized tests) count as 25% of the students’ second semester grades. Last year provided a baseline on which to base our learning. This will help us close any learning gaps (due to the pandemic).”

Report cards will be mailed out 11 days after school ends.

“There will be an inservice day for teachers on May 26, so grades and test scores can be processed,” Satterfield said. “Report cards will be mailed out on May 27.”

The artwork of men who were detained at Camp Forrest during World War II is being housed at the Trousdale County Archives through May 28.

Prisoners of war artwork is part of the Camp Forrest exhibit currently being displayed at the Trousdale County Archives.

While being detained at Camp Forrest, Alfred Schoen carved a horse and wagon.

Many prisoners at Camp Forrest used their spare time to create works of art.

Memories of childhood can indelibly be etched in our minds and in our hearts.

“I remember riding with the soldiers in their jeeps and in the back of a truck that had a canvas cover,” recalled Hartsville resident and retired Army nurse, Jean Carr Quinn, as she spoke of her childhood memories of the Tennessee maneuvers through Trousdale County during World War II. “The men washed their trucks in the same creek where we watered our mules.

“I am a retired Army major from the Army Nurse Corps. I wonder if my interest in the military came from seeing all those soldiers and visiting with them during the maneuvers.”

Currently being housed at the Trousdale County Archives is an exhibit of the artwork of men who were detained at Camp Forrest, which was a World War II prisoner of war internment camp and a part of the Tennessee maneuvers. The exhibit will remain in Trousdale County through May 28 and is free for the public to tour.

The Tennessee maneuvers were a part of the training exercises for U.S. soldiers heading off to Europe to fight in World War II. The maneuvers took place throughout Coffee, Rutherford, Trousdale, Wilson, Sumner, Smith, and several other Middle Tennessee counties.

Middle Tennessee was chosen as a training ground by the United States government as the climate, terrain, and rural farmland were close to that of Europe, and more specifically, Germany.

As part of the Tennessee maneuvers, Camp Forrest was built on the grounds of a former National Guard camp — Camp Peay — in Coffee County. It served as a training facility for the U.S. Army during World War II.

“It (Camp Forrest) was built in 18 months and was taken down just as quickly after the war,” said Elizabeth Taylor, an author who significantly contributed to the exhibit being displayed in Trousdale County.

During the war, Camp Forrest was one of approximately 700 camps across the country that housed detainees by the United States government. These prisoners were U.S. citizens or immigrants who were considered to be a threat to national security and were often denied due process. Those detained at Camp Forrest were largely of European descent, mostly Italian and German.

“They weren’t being imprisoned because they fought against us; they were imprisoned to keep them from fighting against us,” Trousdale County historian John Oliver said. “Most of them were harmless.”

As the U.S. followed the Geneva Convention’s humane treatment of prisoners of war, Oliver said, “They (the detainees) had nice quarters that they could decorate themselves. They had a stove. They could join sports teams, and they had a chorus. They were allowed to send letters home.”

In their spare time, many of the POWs created works of art. These works of art displayed the human emotion of those labeled as enemies of our country.

After World War II ended, Camp Forrest was considered surplus property, and the facility was quickly disassembled. The Tennessee maneuvers ended and so did the paintings and wood carvings that were produced by the men detained at Camp Forrest, but their memory still lingers on through their art work.