Steven Walker shows off some of the merchandise in his new store, Trousdale County Firearms.

Another new business has launched in downtown Hartsville with the recent opening of Trousdale County Firearms.

The store, which sells firearms, ammunition and other equipment, is located at 104 Vance Ave., directly behind Farmer’s Harvest restaurant in the former site of Linville Supply. Owner Steven Walker is a Gallatin native but has resided with his wife in Trousdale County for over 20 years.

“I’ve seen things come and go through this town over the years, and I thought this town needs a gun store,” Walker said. “Why should people have to drive to Academy, to Nashville? If I can put a gun store in this town, I’d like to help the hunters and help people and try to be a blessing to the town.”

“Being a small town, there’s still hunting here,” Walker noted. “Concealed carry is a big thing now as well. We need a few little things in this town.”

In most cases, Walker said a buyer could pick up a gun the same day it is purchased. Buyers will have to fill out Form 4473 and undergo a background check, which typically can be completed in a matter of minutes, he said.

“As long as they’ve not committed domestic violence or a felony, you’re good to go,” he said. “People fill that out and I run a background check through TICS (Tennessee Instant Check System) for $10. It usually takes just a couple of minutes.”

The store is open from 10 a.m.-5 p.m. Monday through Friday and from 10 a.m.-3 p.m. on Saturday. Walker said he will be participating in some auctions and the Saturday hours may adjust as needed to accommodate that.

“On Dec. 4 there will be an online auction here and pickup here. On Dec. 11 we have a big auction in Castalian Springs,” he said.

Trousdale County’s Bryson Claiborne (3) jukes a pair of Watertown defenders on the way to the first of his three touchdown runs Friday night. Claiborne finished with 188 rushing yards as the Yellow Jackets defeated Watertown 23-0 in the Class 2A quarterfinals.

There is an old saying that few things in life are certain except death and taxes. A playoff matchup between Trousdale County and Watertown may just be ready to be added to that list.

“We faced a good ball team tonight and they were the better team,” Watertown coach Gavin Webster said. “They did an excellent job getting prepared and we had a lot of mistakes. We got beat by a good football team tonight.”

The two teams battled through a scoreless first quarter before Trousdale took the lead early in the second quarter on Bryson Claiborne’s 34-yard run.

It was a bounce-back effort for Claiborne and Trousdale County, which lost 31-21 in the regular-season finale in Hartsville three weeks earlier. In that game, the Yellow Jackets turned the ball over three times, which led to 17 Watertown points, and Claiborne was held to 80 yards. In Friday’s quarterfinal, Claiborne finished with 188 yards and three touchdowns on 13 carries.

“I think losing in Week 11 to Watertown gave us a lot of fire,” Claiborne said. “Ever since then, we’ve just been rolling and haven’t let up on anybody. It feels good to win the fourth year in a row!”

Down 7-0 midway through the second quarter, Watertown’s chances took a severe hit when senior quarterback Brayden Cousino left the field with an apparent lower-leg injury after bring tackled short of the line to gain on a fourth-down run. Cousino did not return to the game and spent the second half on the sideline on crutches and with his left foot in a boot.

“He’s been a leader of our football team for four years and means a lot to this team,” Webster said of his quarterback. “When he goes down, it’s tough to get anything done.”

Cousino’s loss virtually eliminated any passing threat for Watertown, as Bret Price and Kaiden West combined to go 1-of-6 for 31 yards with an interception. The Purple Tigers’ run game was little help, as Watertown ran for 69 yards on 32 carries. Adam Cooper, who finished with 138 yards in the first matchup, finished with just 21 yards on 11 carries.

Four plays after Cousino’s injury, Claiborne would double the Trousdale lead with a 53-yard scamper after eluding two tacklers. The Yellow Jackets would take a 14-0 lead into the locker room.

On the opening drive of the second half, Trousdale held the ball of over six minutes and drove into the red zone before Colton Key kicked a 31-yard field goal to make it 17-0.

Claiborne would add an exclamation point midway through the fourth quarter when he burst through the Watertown line and raced 69 yards for his third score of the game.

Watertown mustered one last drive, aided by a pair of 15-yard penalties, and had first and goal from the Trousdale 4 in the closing minutes. But the Yellow Jacket defense stepped up and stopped West on fourth down at the 2.

“Any time you get a shutout against a good offense it’s something to be proud of,” Satterfield said. “This is a program win.”

“This class has been great. We could have folded our tent early in the year when we started 0-2. We came back and got a bunch of wins and won the region. These guys believed in our process and they came out and put together a good season.”

Trousdale County will play at Hampton next Friday with a trip to the BlueCross Bowl on the line. The winner will face either Riverside or Westview on Dec. 4 in Chattanooga.

“We’re really thankful to be playing football and for the chance to compete for a state championship,” Satterfield said. “We can’t let this be our biggest playoff win. Next week we’ve got another rock in the road.”

Hartsville’s Tennessee College of Applied Technology will be receiving $975,000 as part of the Governor’s Investment in Vocational Education (GIVE) program.

Gov. Bill Lee announced on Nov. 18 the second round of investments through the program, which Lee instituted in 2019. GIVE is designed to prioritize learning opportunities in rural counties and enhance career and technical education statewide.

“This is expanding manufacturing pathways to student success. We are getting training equipment to offer a Mechatronics program at Lebanon High School and expand enrollment there. In Sumner County it will be Liberty Creek, the new high school, and Mechatronics, Machine Tool Technology and Welding at the school,” Wright said.

TCAT Hartsville received $994,995 in GIVE funding in 2019, which was used to expand its manufacturing training capacity, including its Maintenance/Mechatronics, Machine Tool Technology and Welding Technology training programs.

“We are especially proud to announce these well-deserved grants during National Workforce Development Week,” Lee said in a press statement. “Rural workforce development has been one of my top priorities since day one, and I’m glad to see the remarkable progress we’re making. By developing a highly skilled workforce, Tennesseans’ lives are transformed, and companies are choosing to invest and expand in our state at record rates.”

In total, the second round of GIVE grants will fund 13 projects in East Tennessee and 27 projects statewide, including 25 of 30 at-risk counties.

County commissioners narrowly approved a re-zoning of property near the Hickory Ridge subdivision on second reading during Monday night’s meeting.

The decision, which came by a 10-6 margin with two abstentions, puts two parcels at the front of the subdivision and adjoining Highway 25 to commercial status for future development.

A similar request had been voted down in 2019, something resident Ed Royals pointed out during a public hearing prior to the vote.

“Our concerns remain the same,” he said. “There is no limit of what type commercial business could go there.”

Commissioner Gary Walsh asked why the property had been zoned residential in the first place and was told it had been at the owner’s request prior to the construction of the first Hickory Ridge homes.

A second re-zoning request was denied on first reading, which would have changed two lots on Dalton Hollow Road from residential to commercial. That one failed by an 11-4 vote with three abstentions.

Neighbors spoke against that proposal as well, citing traffic concerns on what they described as a small, country road.

Two other re-zonings were approved on second reading with no opposition. One moves property on Highway 141N and the other on Highway 10 to residential, both for future development.

$5,000 to fund a memorandum of understanding with Sumner County to provide veterans services;

$8,070 in grant funding for the County Archives;

$7,800 in grant funding for the Senior Center; and

The increased judge pay is required by state law after the 2020 census moved Trousdale into a higher classification and is retroactive to April 1, 2020. The judicial primary, which will be for the Circuit Court judge’s seat currently held by Michael Collins, is required after both the county’s Democratic and Republican parties requested such an election.

The EMT bonuses are intended to make up for a shortfall in recent amounts paid to county employees to compensate them while Trousdale government transitions to direct deposit of pay. EMT workers received bonuses based on an 80-hour pay period, when they regularly work 24-hour shifts.

Commissioners also approved the establishment of a select committee to examine the best option for veterans services, extending the county’s COVID leave policy through the end of 2024, repealing part of the old Hartsville water code that conflicted with Water Board policy, declaring various county vehicles as surplus and a proposed charter amendment relating to the Volunteer Fire Department. That amendment must pass one more reading in order to appear on the ballot next August.

The County Commission is not scheduled to meet in December unless it becomes necessary. Their next regular meeting will be in January.

A Trousdale County man is facing multiple charges, including aggravated assault and evading arrest after a pair of recent incidents.

Jason Coelle Hesson, 51, of Bethpage, was taken into custody on Nov. 16 after a pursuit involving both Macon County and Trousdale County deputies.

According to arrest reports, earlier in November Hesson allegedly entered the Trousdale County home of his girlfriend, struck her and began strangling her while holding a gun to her head. Hesson reportedly told the victim “she was not leaving unless it was in a body bag.”

On Nov. 16, an off-duty Macon County deputy spotted Hesson, who had active warrants for aggravated domestic assault, false imprisonment and violation of bond conditions. The Macon deputy reportedly followed Hesson into Trousdale County and notified local law enforcement, which caught up to Hesson on Tillman Lane.

Hesson reportedly ignored orders to stop and fled into the woods and was found after a roughly 40-minute search. He allegedly had a loaded 9mm pistol on him and a loaded .22 revolver in a backpack he was carrying, along with what was believed to be a small amount of marijuana.

Hesson is scheduled to appear in court on Jan. 28.

Reach Chris Gregory at 615-450-5756 or cgregiory@hartsvillevidette.com. 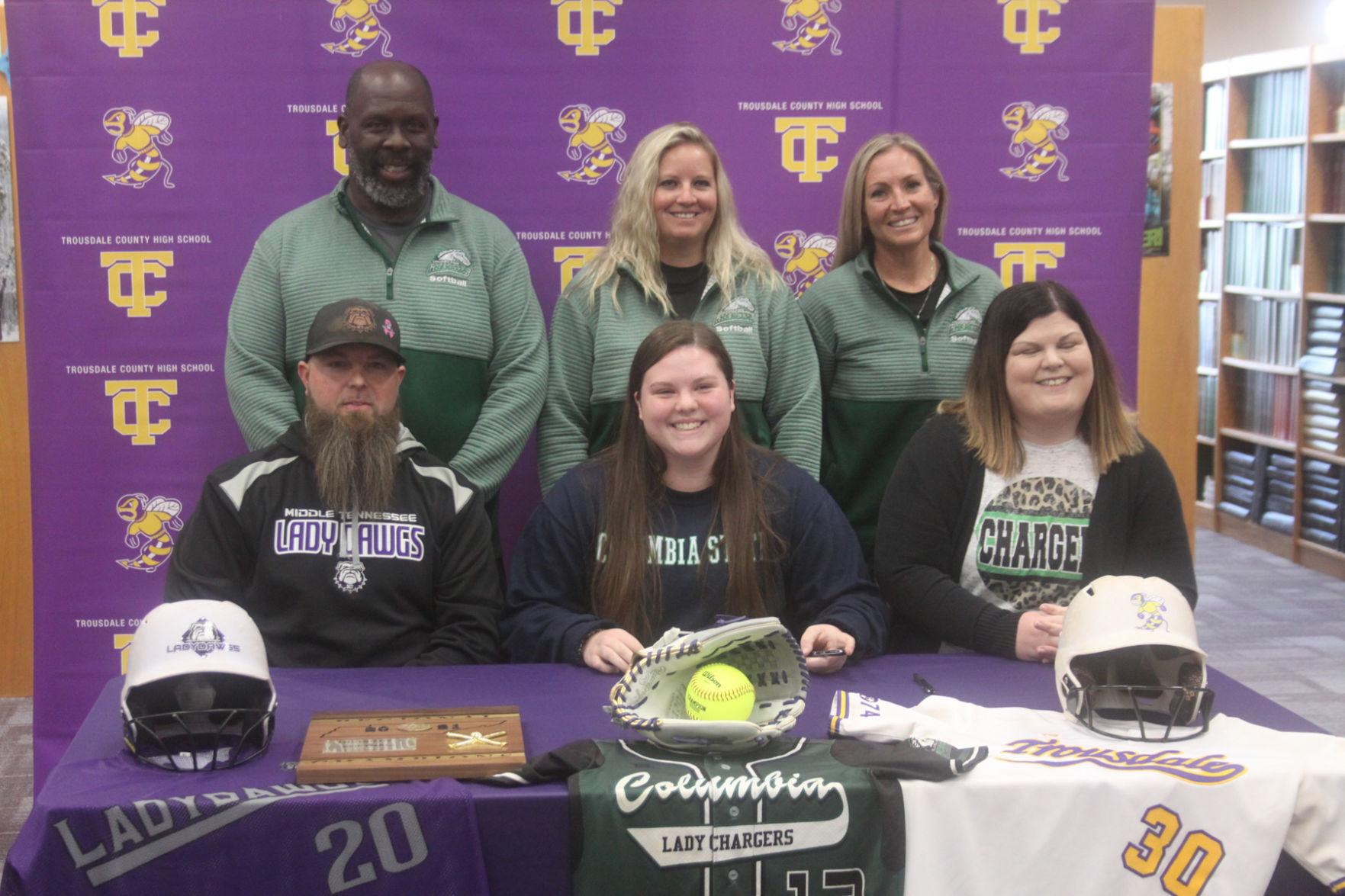