Trousdale County scored the highest graduation rate in the state last year, according to information released on Nov. 23 by the Tennessee Department of Education.

Trousdale County High School finished with a 98.8% graduation rate for the 2020-21 school year, exceeding the state average by 10 points. Trousdale was one of 37 districts statewide to graduate 95% or more of its students.

“While the Tennessee graduation rates dropped from previous years and 1,231 fewer students graduated in the spring of 2021, 100% of our seniors who began the 2020-21 school year graduated on time in May!” Director of Schools Clint Satterfield said. “This is especially remarkable considering all the challenges we faced due to the negative impacts of COVID. (TCHS Principal) Ms. (Teresa) Dickerson and her staff did a remarkable job meeting our school district’s vision and mission statement of ‘Accelerating and Graduating all students for the careers of tomorrow’ even in a pandemic year!”

Dickerson said she “credits the majority of our success to Ms. Shelley Cook, our Graduation Coach, who personally stayed in contact with each and every senior throughout the entire school year.”

“This was a collaborative effort by our staff, students, and parents. Like graduation rates, I am positive that together we overcome the negative learning impacts of the COVID pandemic going forward,” Satterfield added.

A stunned Trousdale County defense looks on in disbelief after Hampton scored a touchdown and 2-point conversion with just 49 seconds remaining to take the lead in Friday’s semifinal game. The Yellow Jackets lost 22-20 to end the season at 11-2.

Trousdale County’s Xavier Harper (55) recovers a fumble to maintain possession for the Jackets during the first quarter of Friday’s game.

The heartbreak was evident on the faces of players, coaches and fans as Trousdale County’s dreams of adding to its trophy case ended Friday night with a 22-20 loss to Hampton in the Class 2A semifinals.

The Yellow Jackets (11-2) came up one game short of an appearance in the state championship game for the third year in a row.

“Injuries and lack of depth and size finally caught up with us. I thought the kids battled until the end,” TCHS coach Blake Satterfield said. “We just couldn’t pick up first downs late in ballgame to seal the deal. I thought our defense played well enough to win a big game with two goal-line stands.”

Trousdale County looked to be in control of the game after scoring two touchdowns in less than 20 seconds to take a 20-8 lead in the third quarter. But Hampton’s size on the offensive line eventually wore down the Jackets defense and the Bulldogs (10-2) scored on each of their last two drives.

Quarterback Conor Jones scored the tying touchdown with 40 seconds left, then added a 2-point conversion to give Hampton the lead for good. Jones would finish with 149 rushing yards and a pair of touchdowns on 26 carries.

“All week I preached on the size of Hampton and how their skill guys complemented their linemen upfront. They were the biggest team we have seen in my four years at Trousdale,” Satterfield added.

“Take into account a five-hour bus ride, field conditions, and being beat up from the gauntlet we went through just to get to the semifinals, and it catches up with you this late in the year.”

The game marked just the second-ever meeting between the two schools. Trousdale had won the previous matchup 35-0 in a 2005 semifinal.

Hampton got on the scoreboard first, with Jones scoring from one yard out. Levi Lunsford added a 2-point run to make it 8-0 for the hosts early.

With the Trousdale County offense struggling to move the ball, the defense gave a helping hand as Garrett Rieger intercepted a pass early in the second quarter to set the Jackets up at the Hampton 31.

The Jackets would march down the field, with Bryson Claiborne breaking loose down the right sideline for a 15-yard touchdown. Trousdale’s 2-point try was stuffed, leaving Hampton with an 8-6 lead.

The Bulldogs would drive down the field in the closing minutes of the first half and had first and goal from the Trousdale 4. But the defense rose to the occasion and stuffed Hampton on fourth down at the 1 with 42 seconds remaining till halftime.

The Jackets struck in the third quarter to take the lead as Brian Banks took a pitch from Keenan Burnley and outraced the defense for a 77-yard touchdown. A successful 2-point try gave Trousdale a 14-8 lead.

On the ensuing kickoff, Hampton’s Chance Point fumbled the ball after a huge hit. Claiborne picked up the loose ball and returned it 31 yards to extend the Trousdale advantage to 20-8.

Hampton would drive inside the 5 again, but was again stuffed on fourth down on the first play of the fourth quarter. The Jackets could not take advantage, however, and punted the ball.

The Bulldogs would narrow the gap, marching down the field against a tired defense. Lunsford’s four-yard touchdown cut the gap to 20-14 with just under seven minutes to play.

With an opportunity to run out the clock, Trousdale’s offense couldn’t get the job done and went three and out. Colton Key’s punt set up Hampton at its own 35 with 4:35 remaining.

The Bulldogs methodically marched down the field relying mostly on Jones, who had runs of 13, 13, 14 and seven yards prior to his late touchdown.

Trousdale County’s last chance fell short as Mason Maddox’s pass on fourth down was intercepted by Point to secure the victory for Hampton. The Bulldogs will advance to face Westview in Saturday’s 2A BlueCross Bowl.

Trousdale totaled just three first downs and 114 total yards in the game, led by Banks’ 75 yards on two carries. Hampton finished with 282 total yards and held the ball for over 31 minutes.

“It was an honor to coach these seniors. I came in to the program in 2018 along with this class. I thought during their time they accomplished a lot of great things at TCHS,” Satterfield said. “After losing a lot of players from 2019-2020, a lot of people never expected this group to be back in the semifinals in 2021. These seniors jelled at the right time and overachieved. They all will be greatly missed.”

Trousdale County is changing the cycle for its reassessment of property values from every six years to every five years.

The change was approved by the County Commission at its November meeting and is designed to save the county the potential need for an early reappraisal during the cycle.

Assessor of Property Mike Potts explained what he felt justified the chance in local procedure to members of the Steering Committee on Nov. 9.

“In a six-year plan, every three years the state updates the county whole on our values. In 2019, everyone’s values went up tremendously. In 2022, the end of the six-year cycle, you’re going to get another raise,” Potts told commissioners. “By going to a five-year plan, we eliminate that CVU.”

In 2019, Trousdale County underwent a Current Value Update required by state law. Pursuant to Tenn. Code Ann. 67-5-1601 (a)(2), appraisals are updated in the third year of a six-year reappraisal cycle if the overall level of appraisal drops below 90% of market value.

2022 will be the end of the six-year cycle and will mean another reassessment of county property values, and property tax rates would be adjusted by the state accordingly. In 2019 Trousdale County’s property rate went from $2.96 to $2.43 after the CVU, although tax bills generally remained the same because of the increased value.

“This means our rate would stay the same longer,” Potts noted. “Everyone knows our county has grown tremendously.”

Potts said based on state estimates, he expected an increase of 25 to 30% in property values as a result of the 2022 reassessment.

Trousdale Medical Center (TMC) is pleased to announce a partnership with Anova HealthCare to provide emergency and hospitalists coverage.

With this new partnership, TMC now has coverage in the Emergency Department around the clock, 24/7 and all inpatients will be seen by a provider daily.

“The partnership between Trousdale Medical Center and Anova brings a new level of emergency medicine and hospitalists services to our community,” said Carolyn Sparks, Chief Executive Officer of Trousdale Medical Center. “Anova is a respected emergency and hospitalist care provider in Middle Tennessee. Their experience and focus on quality, service, and patient satisfaction will enhance and improve our current services.”

Dr. Sean Donovan, Anova Managing Partner, added, “We are very excited about partnering with Trousdale Medical Center and caring for patients in this community. Going to the emergency room can be an overwhelming, frightening experience. We want patients and their loved ones to be confident in receiving emergency care close to home and trust they are in good hands.”

Anova is a physician-owned practice whose providers have been creating a culture of care for patients in Middle Tennessee communities for many years. Other facilities partnering with Anova include Sumner Regional Medical Center in Gallatin, Vanderbilt Wilson County in Lebanon, and Tri-Star Hendersonville Hospital.

A core group of Anova providers will consistently staff TMC services to allow for improved collaboration with the patients’ primary-care providers and specialists. 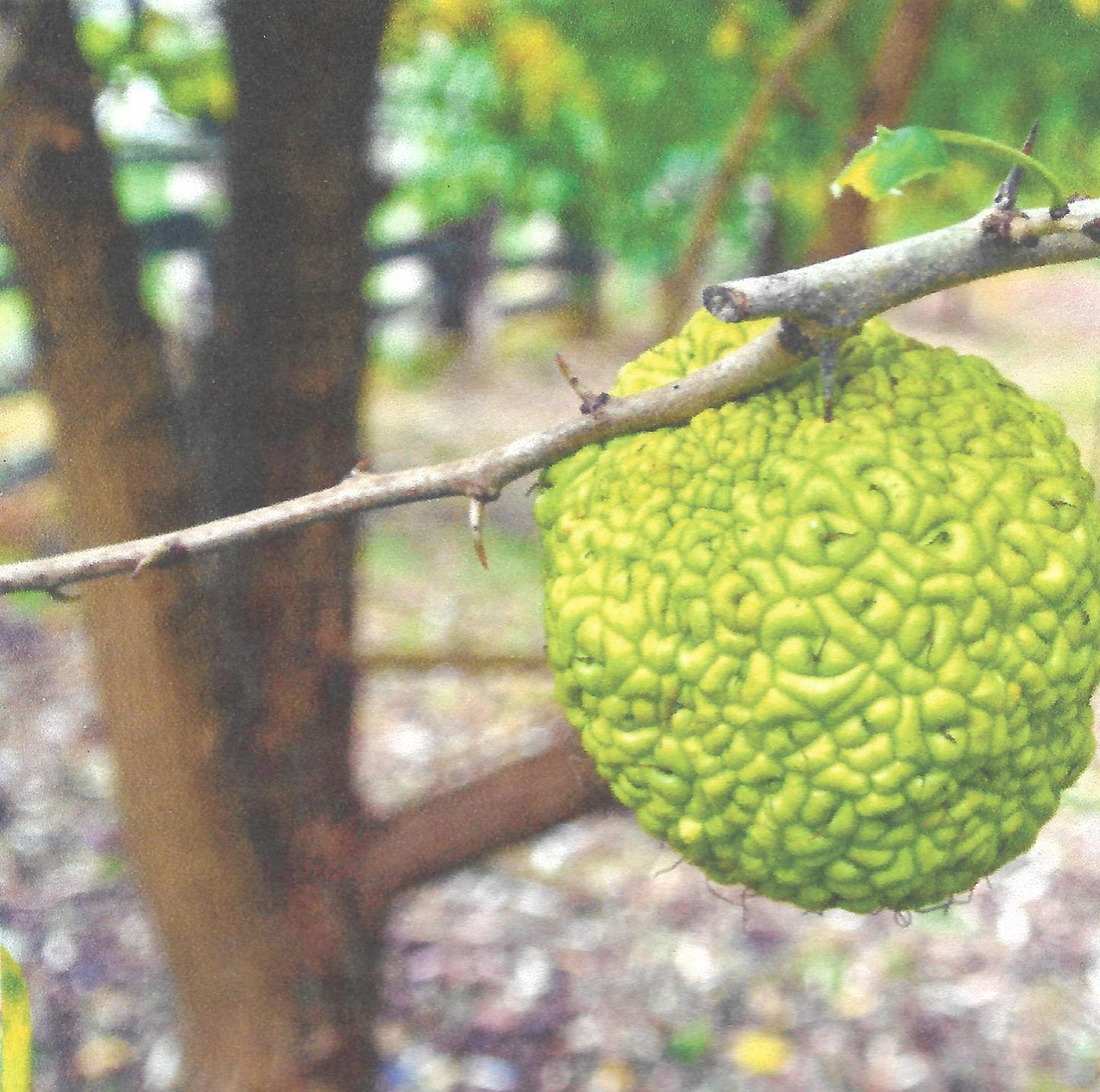 This strange-looking fruit can be found all around Middle Tennessee. But what is it?