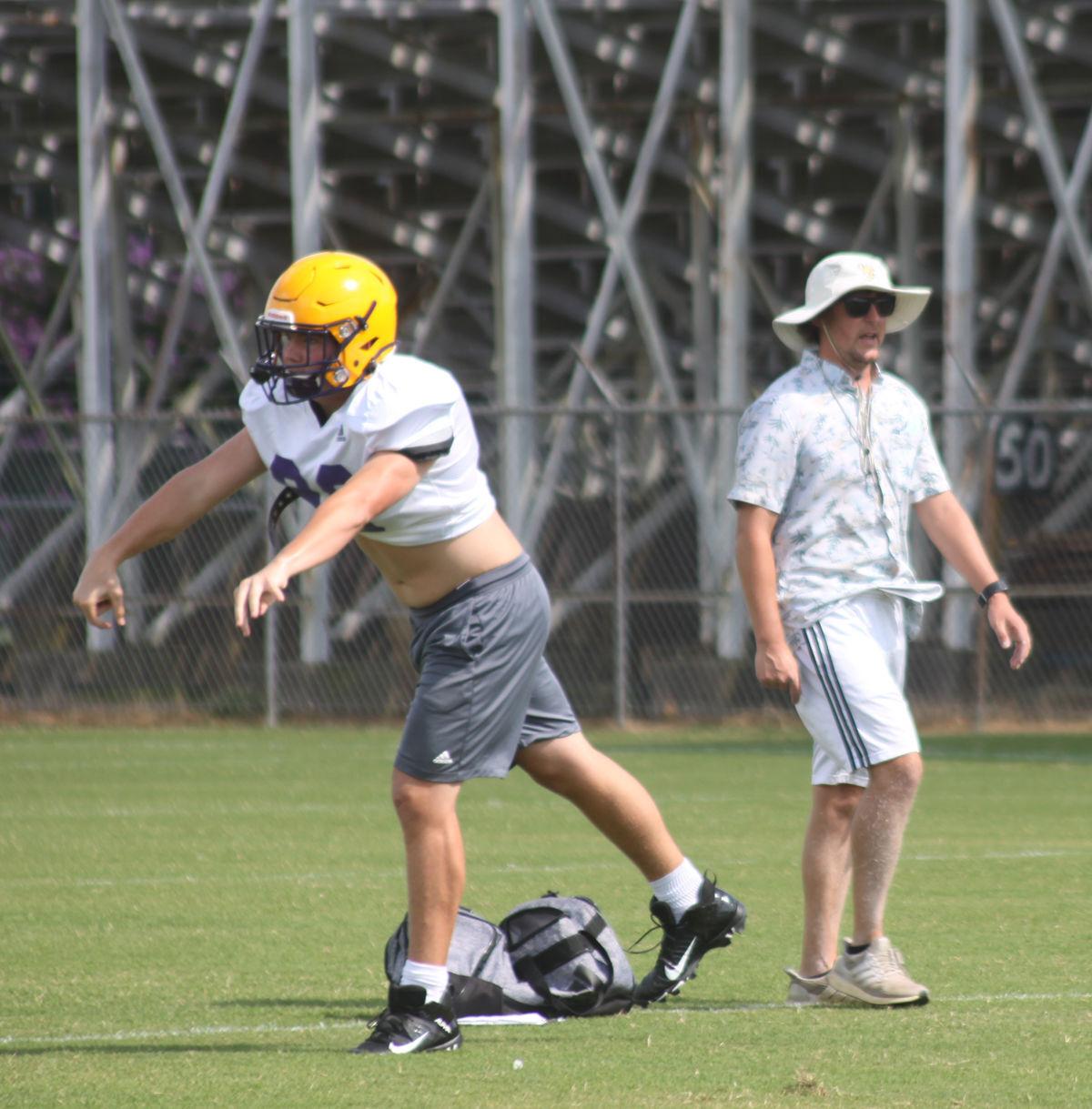 “Today I’m signing an executive order that will allow for contact sports to resume in Tennessee schools,” Lee said. “We worked with TSSAA to coordinate a framework so that football season and soccer season can begin.

“It’s an important part of our community — athletics — and it provides a lot of benefits to our student-athletes. However, we have to remember that common sense precautions have to be taken… in order to make it through the season.”

Lee’s order puts the TSSAA on equal footing with college football and the NFL, both of which had already been exempted from previous executive orders limiting contact sports.

Trousdale County coach Blake Satterfield declined to comment, saying he wanted to review the guidance from both the state and TSSAA first.

While football season is a go for now, a renewed outbreak of COVID-19 could change that. At its July 16 meeting, Trousdale County’s school board set a policy in place that would halt all extracurricular activities if the district was forced to close schools.

“We appreciate being able to work with Gov. Lee and his staff on this,” said Bernard Childress, Executive Director of the TSSAA, in a press statement. “I am pleased that we were able to develop some very specific guidelines for every sport that will allow our kids to get out on their fields and fully participate in football and girls’ soccer this fall.”

TSSAA’s statement said the regular season would begin as originally scheduled on Aug. 21. Under previous guidance from TSSAA, there will be no scrimmages or jamborees permitted prior to the start of the season.

“No changes to the 2020 football schedule, regular season or otherwise, will be made. The contingency plan for football passed by the Board of Control last week stated that if contact practice could resume prior to Aug. 4, then no contests would be rescheduled. Therefore, the Date of First Contest for football remains as Aug. 21 with state championships Dec. 3-5 in Cookeville.”

The TSSAA Board of Control met on July 22 and came up with a number of regulations for practice and competition in fall sports.

At contests, all coaches, players, team personnel, officials, administrators, and fans must have their temperatures checked before entering the facility. Member schools will require that all fans wear facial coverings at all times (except for children under age 2) and maintain social distancing (six feet, or the equivalent of two empty seats between themselves and other fans) from anyone other than those living in the same household.

Though they weren’t listed as requirements, other recommendations included limiting fan attendance to one-quarter or one-third of normal admittance, not having school bands in attendance, and not having concession stands.

“Children across the state are counting on us — school administrators and coaches — to proceed with practices and competitions safely while being very mindful of the requirements and modifications that we have put in place,” Childress said. “Our return to play is a partnership, and it’s important for everyone to do their part.”

Lee’s new order also allows for contact in girls soccer, which TSSAA said will begin its season on Aug. 17 as originally scheduled. The state championships will be held Oct. 28-31 in Murfreesboro.

On Wednesday, July 22, the TSSAA Board of Control met at Siegel High in Murfreesboro and had come up with a contingency plan for football while waiting to see if Lee would grant an exemption.

A hybrid model was unanimously approved at that meeting, which was designed to give flexibility depending on when the season was able to begin.

Practices for fall sports teams — with the exception of golf (which was allowed to begin practices on July 13) — were originally scheduled to begin on July 27. However, Gov. Bill Lee issued Executive Order No. 50 on June 29, which extended the state of emergency related to the ongoing COVID-19 pandemic until Aug. 29. That order limited contact sports, which includes football, soccer and competitive cheer.

For football teams, the hybrid model that was adopted included a season that will consist of at least eight regular-season games, followed by four rounds of the playoffs.

Before the hybrid model surfaced, four football options were discussed, with the season’s start date for each of those options being Sept. 18.

“The governor’s (executive order) is still in place. We cannot do anything right now other than weightlifting, conditioning, heat-acclimation periods with no contact. This is not TSSAA versus the governor’s office. Everything has been a joint effort, and we are not in conflict. Our goal is to have an ordinary season as much as possible.”

What the hybrid model will do is to allow each school’s schedule to remain intact as of now.

What option 2 was originally going to consist of was having the TSSAA rework all of the region schedules and depend upon each program to reschedule their non-region contests to the best of their abilities.

The Board of Control also voted to approve a motion that will allow students who are attending school virtually to still be able to participate in athletics.

Classification was also discussed at Wednesday’s meeting, with the Board of Control voting to reclassify for a two-year period (instead of what has traditionally been four-year periods of classification). Classification will be based on enrollment numbers on the 20th day of school for each member institution.

The Board of Control could vote on reclassification for the next two years at its board meeting on Aug. 17, when the group plans to discuss the number of classes for each sport and the postseason format for each as well.

A three-classification system has been discussed for Division II basketball, baseball and softball programs, though there are currently just two classes for those sports in Division II.