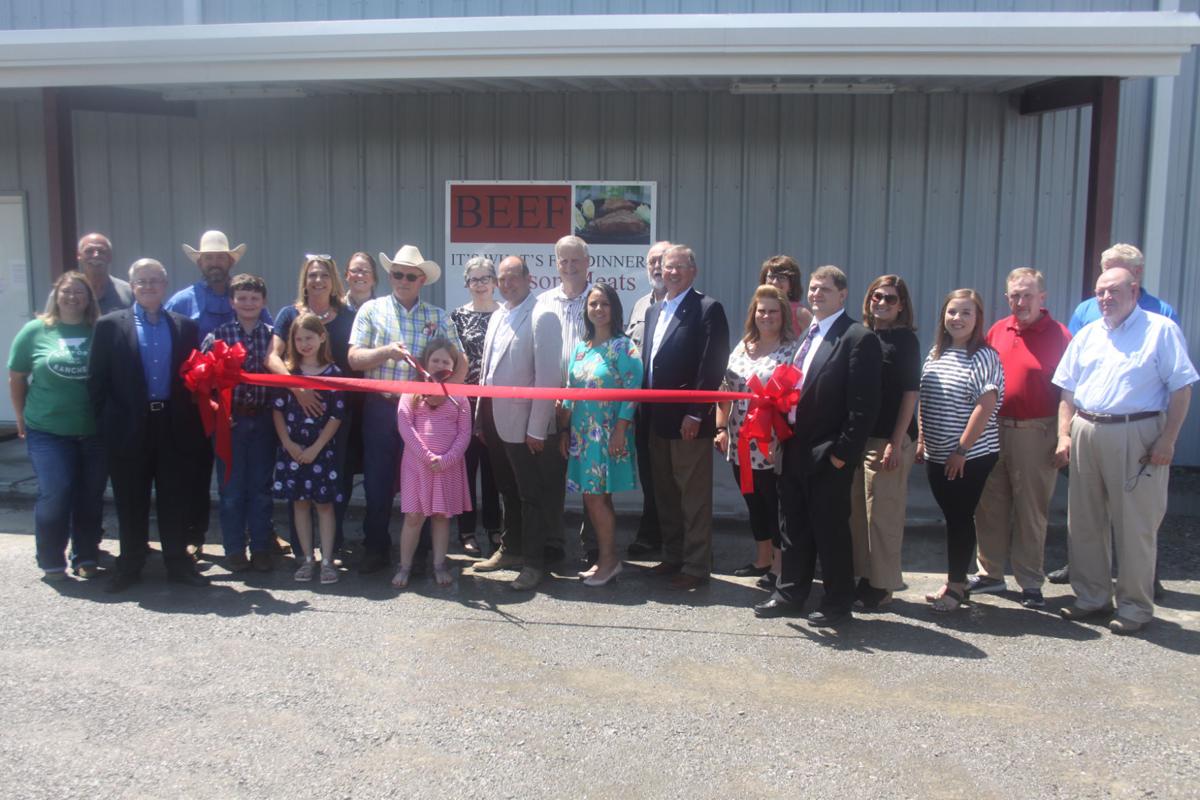 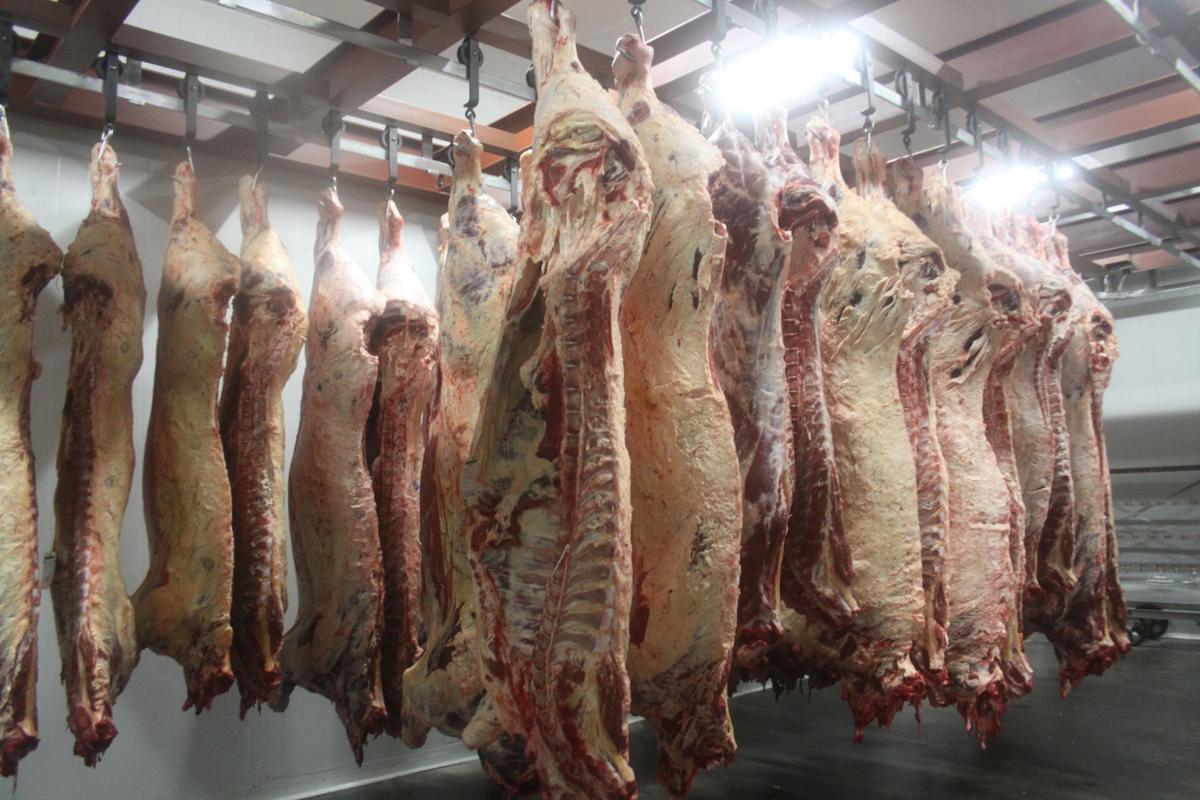 Beef sits in one of the walk-in coolers while undergoing the aging process at Anderson Meats & Processing.

Beef sits in one of the walk-in coolers while undergoing the aging process at Anderson Meats & Processing.

A ribbon-cutting ceremony was held recently for Anderson Meats & Processing as the Chamber of Commerce celebrated another new business in Hartsville.

The meat processing plant, located at the corner of Industrial Park Drive and Halltown Road, is operated by Steve Anderson of Carthage. Anderson Meats & Processing began operations in February and the plant now employs 14 people, according to Anderson.

A number of dignitaries, including Tennessee Commissioner of Agriculture Dr. Charlie Hatcher, were on hand for the June 3 ceremony.

“This has been a vision for a long time for me and my family,” Anderson told the assembled crowd. “It is now a reality and we appreciate you more than you’ll ever know.”

“This is a momentous occasion and these things don’t happen by accident,” Hatcher said. “It’s a community effort to pull something off like this and this is a much-needed facility. As evidenced by the pandemic, meat processing is one of the big gaps we uncovered.”

Anderson Meats & Processing currently is able to process roughly 20-25 head of cattle per week and has the capacity to do double that. While the facility has processed some hogs and sheep, beef has by far been the vast majority of its business thus far, Anderson said.

Anderson and Hatcher also noted assistance the facility has received from the Coronavirus Agricultural and Forestry Business (CAFB) Fund, a $55 million fund set up through the CARES Act to help ensure stability of the food supply chain. According to a list from the Tennessee Department of Agriculture, the facility received $250,000 in funding.

The audience was invited to tour the facility, from the pens in which cattle are brought in to the room in which they are humanely slaughtered and the walk-in coolers where processed cattle are stored while the carcasses age.

While the facility does not currently offer retail sales to the public, Anderson said plans are in the works to do so and could be ready by the end of 2021.

“We’ll have an online pre-order and you just pull right in and pick it up,” Anderson said. “Right now we’re really waiting on a permit from the state.”

The facility has two large walk-in coolers where carcasses are allowed to age for two weeks before being processed. Anderson Meats & Processing also offers USDA certification if requested by a supplier.

Anderson Meats & Processing accepts cattle for processing on Wednesdays, Thursdays and Fridays by appointment only. For more information, call 615-374-7990 or visit andersonmeatsandprocessing.com.