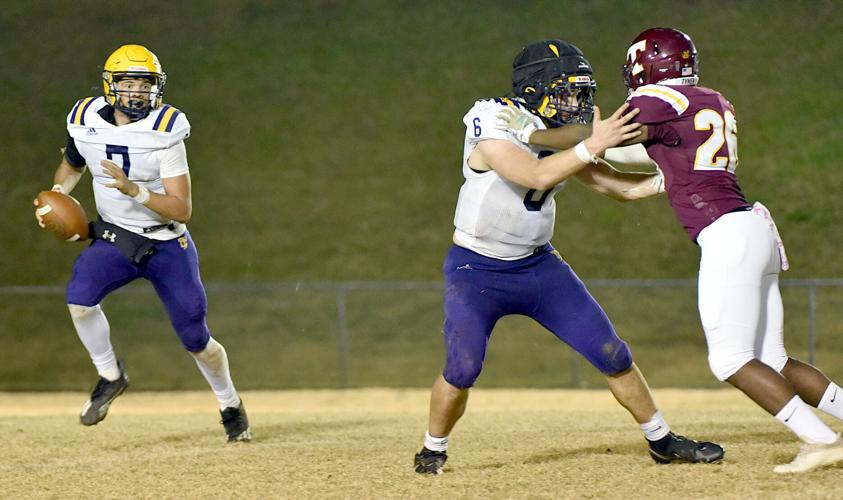 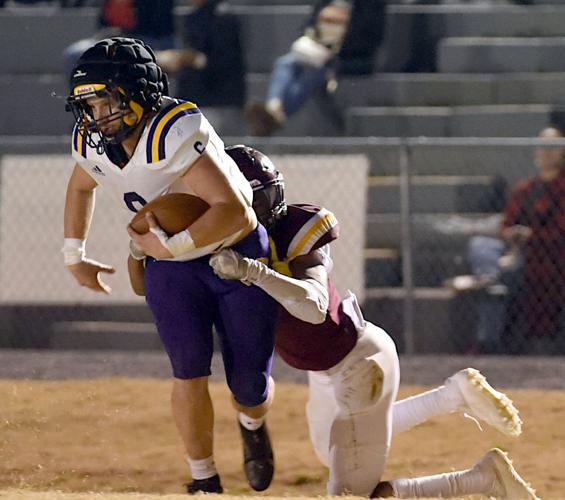 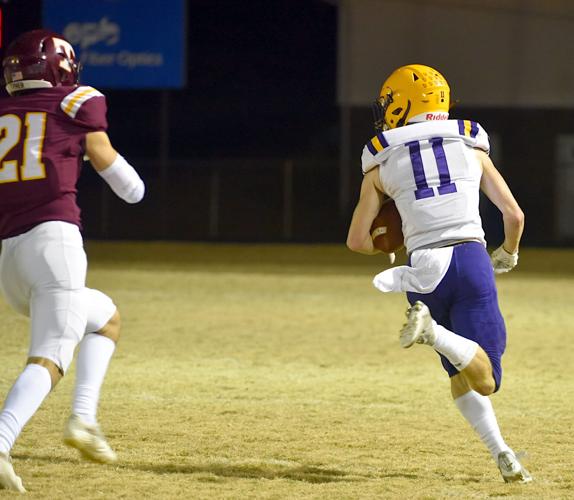 CHATTANOOGA — The Trousdale County High School football squad was excited to make the Tennessee Secondary Schools Athletic Association (TSSAA) playoffs for a state record 35th consecutive year, but its postseason was cut short with a 47-14 loss at Tyner Academy in the first round on Friday night.

“No. 1 is hats off to Tyner,” Yellow Jacket Head Coach Blake Satterfield said. “They have a great football team. In my opinion, that’s the best football team that we have seen all year. And I think we played one of our best halves in the first half that we have played all year considering who we were playing.

“Tyner has a great offense, and they are going to move it. They are predicted to win the state championship game.”

The Rams got on the scoreboard on their first possession with a 30-yard touchdown pass from Mr. Football semifinalist Josh Jackson to Trae Ruffin. Demetri Lovick booted the extra point, and midway of the opening period, the hosts led 7-0.

After turning the ball over on downs on their first drive and losing a fumble on their second possession, the Jackets tied the score with a 15-yard pass from Noah Cook to Josh Martinez, followed by an extra point kick by Taqueshi Santiago.

The touchdown came with 11:09 left in the half.

The Rams added two more touchdowns before the half on a pair of runs by Markel McKinley, covering 18 and 19 yards, for a 21-7 Tyner advantage at the break.

The Rams put the game out of reach in the third quarter when they tacked on three more touchdowns to extend their lead to 41-7 with 1:44 left in the period.

Trousdale County junior Cole Gregory scored his first rushing touchdown of the year on a 1-yard run with 2:34 remaining in the game. Santiago successfully kicked the extra point.

With 20 seconds left in the game, the Rams scored their final touchdown to create the 47-14 final.

The Rams recorded 506 yards of total offense, with 158 coming on the ground and 348 through the air.

The Jackets became only the second team this season to put double-digit points on the Rams as they gained 87 yards rushing and 78 passing.

The Jackets finished the season with a 2-9 record. It is the program’s first losing season since they went 3-7 in 1987.

Tyner hosts Westmoreland in one of eight second-round games in 2A to be played on Friday night.