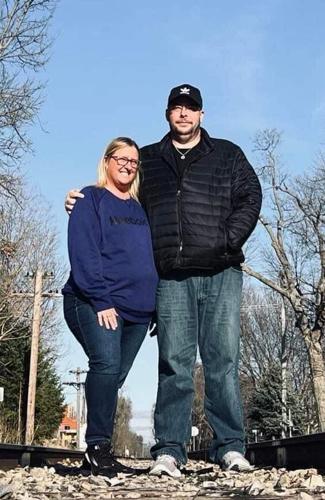 Steven and Terry Denson started Middle Tennessee Paranormal in 2019. Since that time, they’ve traveled the country investigating the supernatural in places, such as the Horridge House and Train Depot. 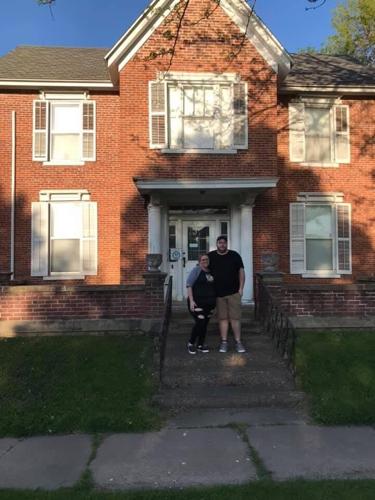 At sites like the Horridge House and Train Depot, Steven and Terry Denson use audio and video to gather evidence of paranormal activity. 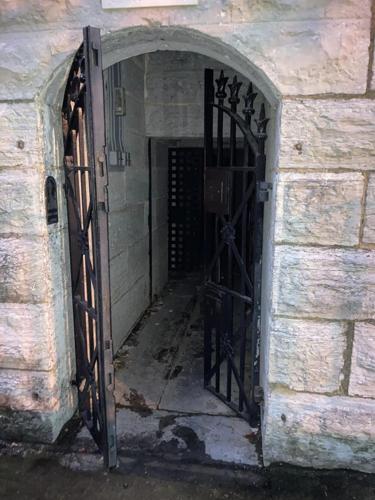 Sometimes their investigations bring Steven and Terry Denson closer to home, like when they visited the Greene County Jail in East Tennessee.

Steven and Terry Denson started Middle Tennessee Paranormal in 2019. Since that time, they’ve traveled the country investigating the supernatural in places, such as the Horridge House and Train Depot.

At sites like the Horridge House and Train Depot, Steven and Terry Denson use audio and video to gather evidence of paranormal activity.

Sometimes their investigations bring Steven and Terry Denson closer to home, like when they visited the Greene County Jail in East Tennessee.

When Steven Denson was a child, he saw his grandfather’s ghost walking down the hall of his childhood home.

Ever since that time, Denson has searched for answers about the paranormal.

“I always remembered it,” Denson said. “It always stuck with me, and it’s almost drained my bank account from me chasing that answer.”

Denson and his wife, Terry, started Middle Tennessee Paranormal in late 2019. They’ve travelled from coast to coast, and have gathered a following within the paranormal community.

Weekends for the couple are filled with trips to different haunted places around the country.

“We love doing it,” Denson said. “My wife is more of a skeptic, but things are happening to her now that she can’t explain, so she’s coming around more to it. She’s a believer, but she still has doubt in the back of her mind.”

They were trying to draw their investigations back into Tennessee because of how expensive it is to continuously travel.

They recently acquired the Smith County Historical Courthouse in Carthage. Denson had heard stories and brought the idea for events to the city before investigating the courthouse.

“We went in four, five, six times, and it’s very active,” Denson said. “I came back to them and said that if they (the city) could work a deal, I can make this work. We can host events. We can do overnights where paranormal teams can come in and rent the courthouse out for a night and investigate. They welcomed the idea, and our second event is coming up on Nov. 19 (Saturday).”

The team sold out their first event, and the venue has already gleaned a large amount of attention for the paranormal community.

Tools used during a paranormal investigation include voice recorders, cameras, infrared lights, and EMF detectors. While Denson said if it’s out there, they probably have it.

He’s noticed that a cell phone can have most of what’s needed.

Some devices use colored lights to interact with the supernatural. Denson said that he’s told spirits to light up a particular color to show that they’re there and has had them respond.

“But audio and video are your bread and butter for the paranormal,” Denson said. “If it’s on video and audio, it’s kind of hard to deny.”

When investigating, Denson said that they can feel when something’s not right or about to happen. They get cussed at and yelled at through recordings all of the time.

“It’s not like you can see something every time,” Denson said. “I’ve paid $1,000 to $2,000 a night for locations to walk in there and do nothing but freeze to death in a cold building and not get anything. Some nights, you can go in, and they come out. They want to talk and do everything with you.”

As far as seeing something, investigators might catch something out of the corner of their eye, but there won’t be full body apparitions every time.

Denson has done an investigation in Wilson County on Castle Heights Avenue, near the Vulcan Soccer Complex. The house had caught on fire in the past, and someone had passed away.

“The people called us in, wanting us to investigate, because something was going on in the house,” Denson said.

Smells are common in a place if something’s around. Denson said that he kept smelling a “stale whiskey smell.” Denson said that audio recording picked up cursing and that one of his friends was pushed into a closet by something they couldn’t see.