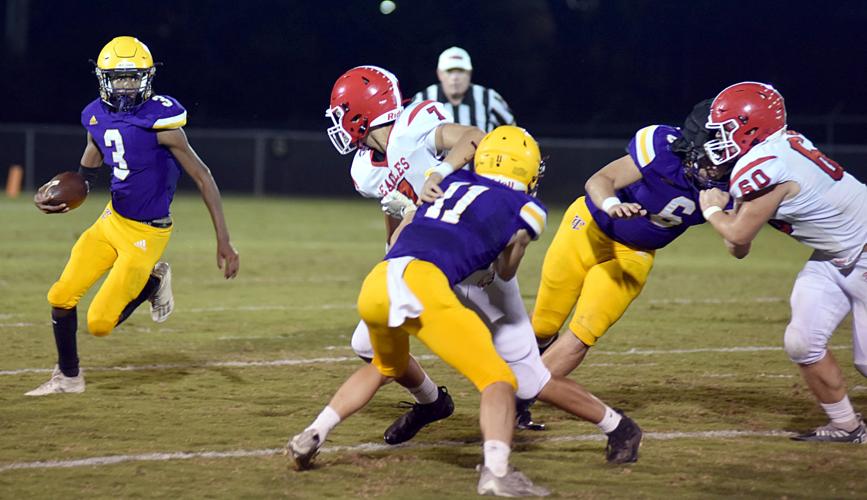 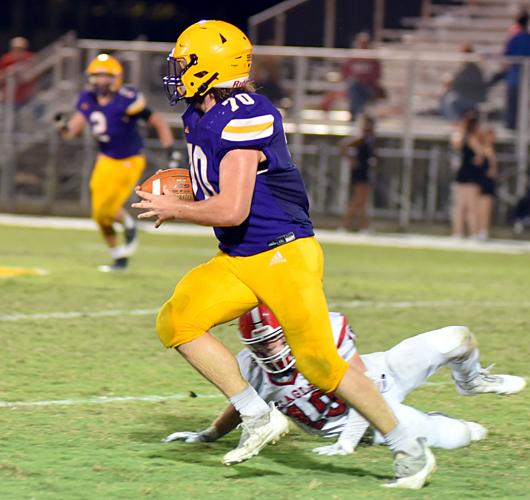 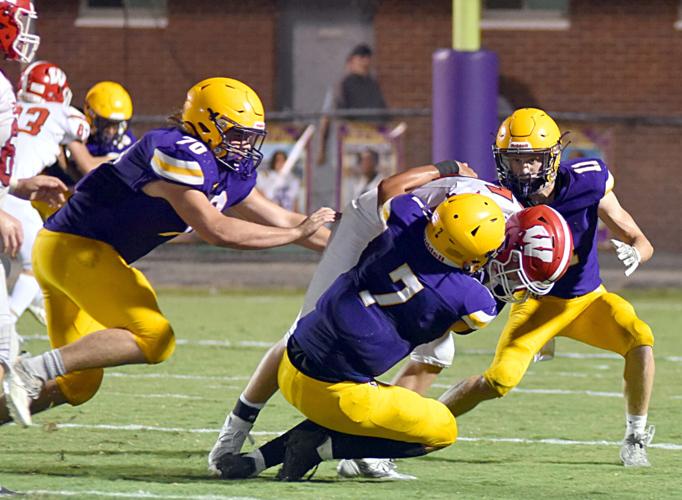 The loss was the first for the Jackets in their eight region games against the Eagles. “Westmoreland is a good football team that is senior heavy,” TCHS Head Coach Blake Satterfield said. “We knew they’d be good and tough to hang with. However, we were able to hold them to a lot of third downs and fourth downs. We just have to find ways to get off the field and offensively put a full game together.”

The Eagles got on the scoreboard with 7:22 left in the opening period on a 2-yard run by senior Eli Stafford.

Then, in the second quarter, Stafford also had the next two scores, on a 4-yard run and a 20-yard pass reception from classmate Kamryn Eden.

Senior Matt Law came up with a 5-yard touchdown run in the third quarter for the visitors, and Jermiah Harrison scooped up a Jacket fumble and returned it 28 yards for the final touchdown of the evening in the fourth quarter.

The Jackets did force three turnovers, and senior linebacker Eric Gunter grabbed his first career interception and returned it for a touchdown in the final minute of the first half. However, the return was negated by a penalty.

It was the Eagles’ 11th win in the 27 games that have been played in the series.