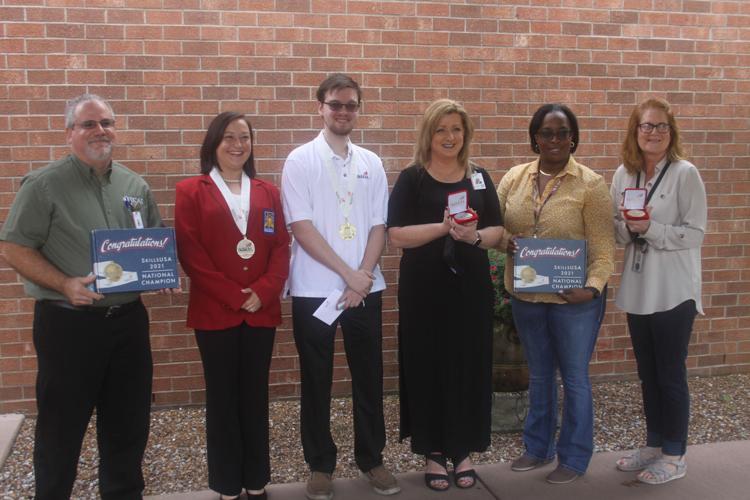 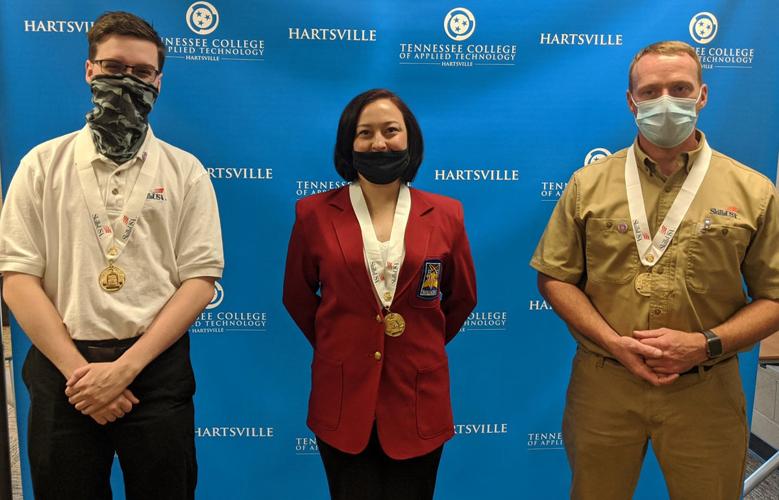 Hartsville’s Tennessee College of Applied Technology is celebrating the accomplishments of two students who recently took part in a national competition.

Kenton Smith was a national gold medalist and Amber Overstreet a silver medalist in the SkillsUSA national competition. Smith competed in the Related Technical Math division and Overstreet in the Customer Service division.

“The SkillsUSA framework helps our students grow and develop personally, in the workplace and technically,” said Sheila Anderson, a TCAT instructor who serves as the facility’s SkillsUSA advisor.

Smith and Overstreet advanced to the national competition by winning gold medalist status at the state-level event in April. The pair joined Justin Kimbrell (Computerized Numerical Controls Technician) as state gold medalists from TCAT Hartsville, giving the facility 10 state gold winners over the years. Because of the ongoing pandemic, the national competition was held virtually.

“You join an elite group of individuals who have been recognized by industry as one of the best students in the nation,” TCAT Hartsville President Mae Wright said during a Sept. 3 ceremony. “These skills set you apart from your peers both now and in the future.”

Both students were presented with their medals and certificates of recognition for their accomplishments. In addition their instructors, Angie Anderson (Administrative Office Technology) and William Butrum (Machine Tool Technology) received medals.

“We’ve been fortunate to have 10 state gold winners in everything from health care to welding, but this year we had our first national winners,” Sheila Anderson added.

Smith, a Trousdale County native, is set to graduate from TCAT Hartsville in December. He already has an internship with Destaco, a manufacturing facility in Mt. Juliet, and is considering going on to pursue an engineering degree.

“It’s a range of mathematics, but a lot is more applied stuff like geometry and such,” he said of Related Technical Math. “It was a rigorous mathematical exam we had to take online, and we also had to do an interview online that we were scored on.”

In addition to his academic work at TCAT, Smith serves as the president of TCAT Hartsville’s chapter of the Society of Manufacturing Engineers.

“He’s a leader as well as an excellent student,” Angie Anderson said.

Overstreet, who hails from Lebanon, is scheduled to graduate from TCAT Hartsville in October. Her goal is to enter the banking industry.

The Customer Service competition involved a scenario played out with just 30 minutes of preparation. Overstreet had to assist a hypothetical customer with needs such as hotel and airline reservations, and serving as a receptionist.

“I took on that challenge; it was difficult but in the end we all succeeded,” she said. “We had to do a professional development test as well as a written test.”

Angie Anderson noted that the national competition helps students grow their self-confidence as well as their technical skills.

“This certificate represents a pinnacle of achievement in demonstrating proficiency and workplace readiness in the student’s occupational specialty,” she said.