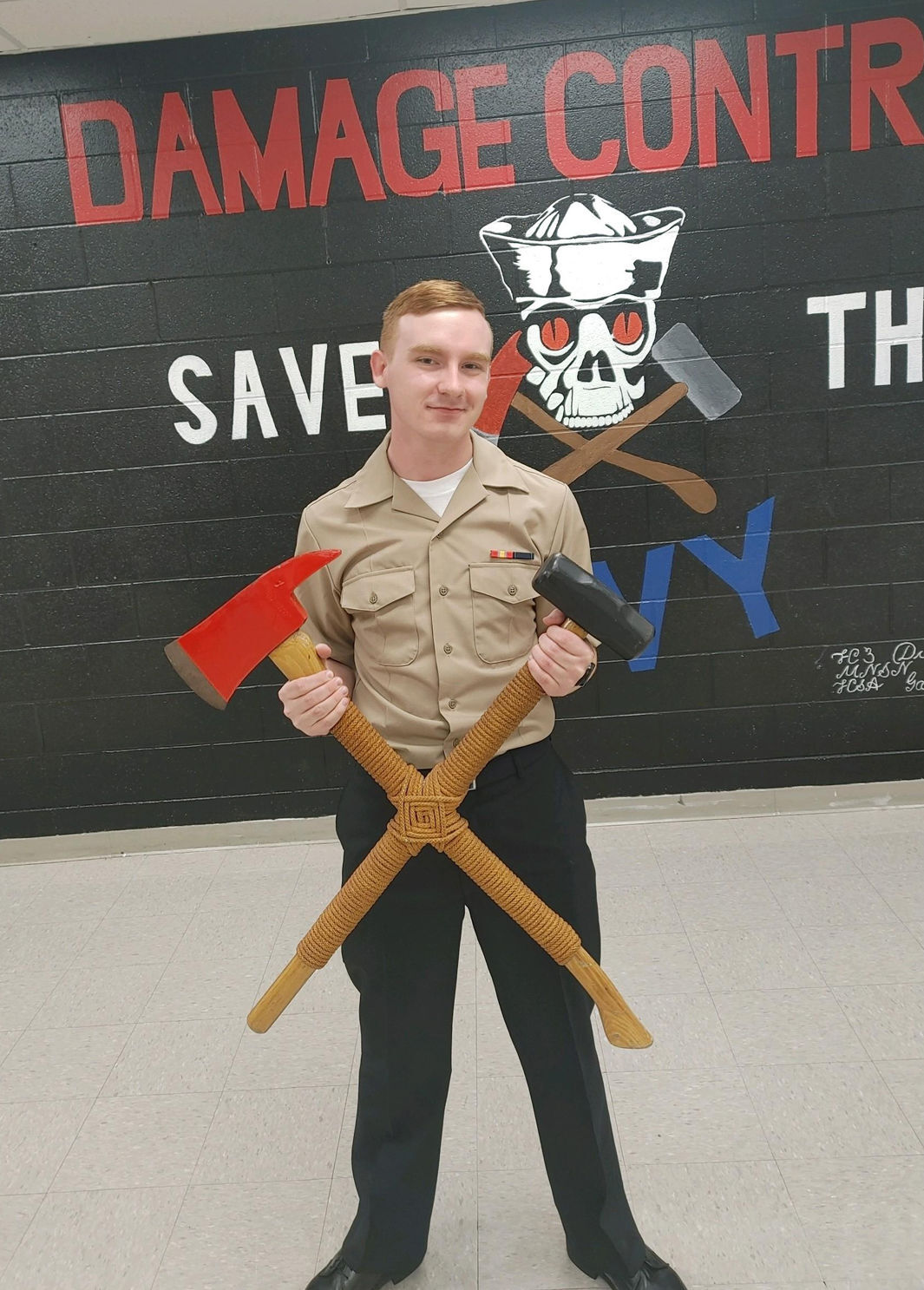 Caleb Hendrix, a 2019 TCHS graduate, is shown here after finishing basic training for the U.S. Navy.

The USS Blue Ridge is the flagship of the Navy’s Seventh Fleet.

Caleb Hendrix, a 2019 TCHS graduate, is shown here after finishing basic training for the U.S. Navy.

The USS Blue Ridge is the flagship of the Navy’s Seventh Fleet.

A recent Trousdale County High graduate is embracing the opportunity to “see the world” as part of the United States Navy.

Caleb Hendrix, who graduated from TCHS in 2019, recently completed basic training in Great Lakes, Ill. His first assignment will be a four-year deployment aboard the USS Blue Ridge, an amphibious command ship based in Yokosuka, Japan.

The Blue Ridge is the flagship of the Seventh Fleet and is currently the oldest deployable warship in the Navy, having been in service since 1970.

Hendrix chose to enlist in the Navy after originally considering the Air Force.

“Towards the end of 2019 I went in to enlist and didn’t end up leaving for boot camp till June 22,” Hendrix said. “I was thinking of what I wanted to do. I wanted to be an underwater welder and was persuaded to go into the Navy. They deal with water obviously and I could get into that field.”

Basic training was roughly nine weeks, he said, including two weeks of quarantine before beginning. He said the experience was one he will always remember.

“It was a bit easier than I expected because they had a lot of restrictions because of the virus,” Hendrix said. “I had some really good instructors.”

When he joins the Blue Ridge’s crew in January, Hendrix will specialize in damage control. That entails mainly ship’s maintenance but also being ready for emergency situations.

“We’ll be the first responders to any major fires that can’t immediately be put out, or flooding or any kind of damage,” he said. “We work closely with hull technicians and help patch holes as necessary.”

Hendrix said he was excited to have the opportunity to serve overseas. Serving in Japan will be the first time he has been out of the country.

“Serving on the flagship; I’m surprised that’s the ship I got assigned to,” he said. “We have a vice admiral aboard, which is pretty wild to me.”

Hendrix’s father, Sean, said he was proud of his son’s accomplishments thus far and looked forward to following his career.

“For the next four years, he’s going to be aboard that particular ship,” Sean Hendrix said. “He’s serving his country and I’m definitely proud of him.”