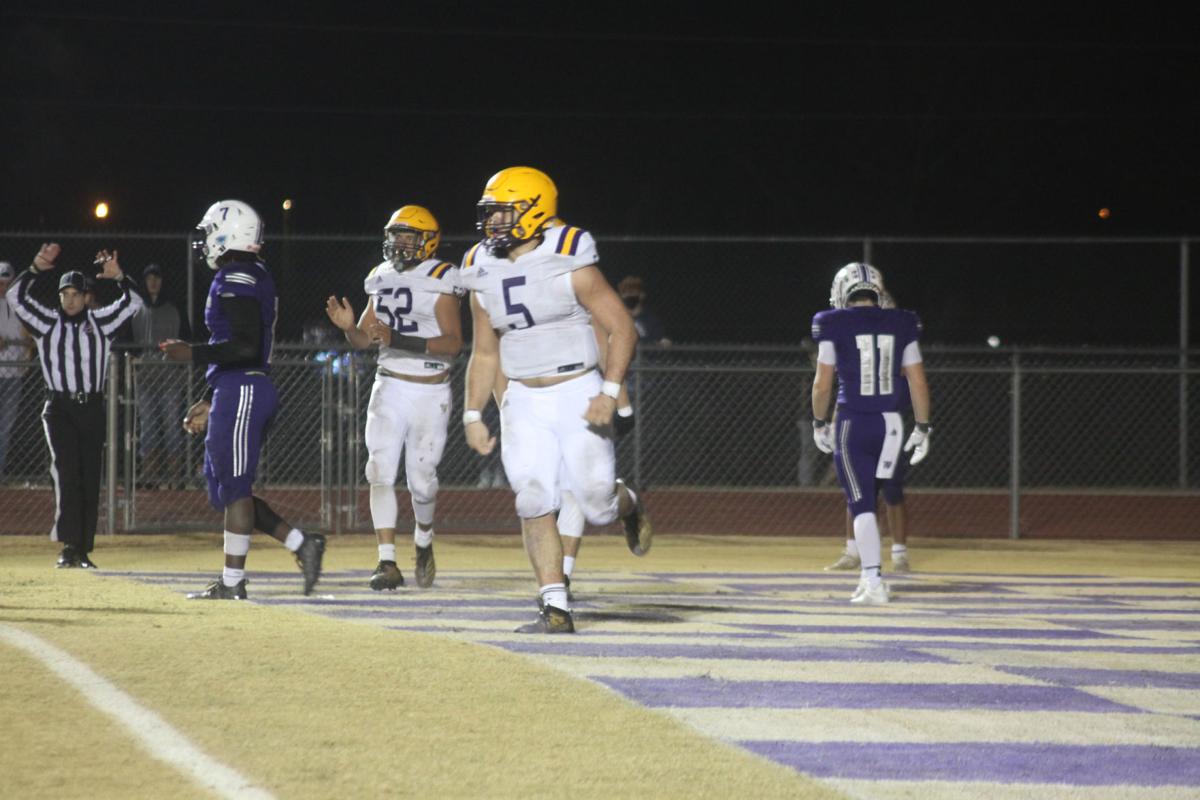 Above: Trousdale County’s Cameron Rankins (5) celebrates after intercepting a pass in the end zone to end Watertown’s final drive. The Yellow Jackets won, 21-13, to reach the Class 2A semifinals. 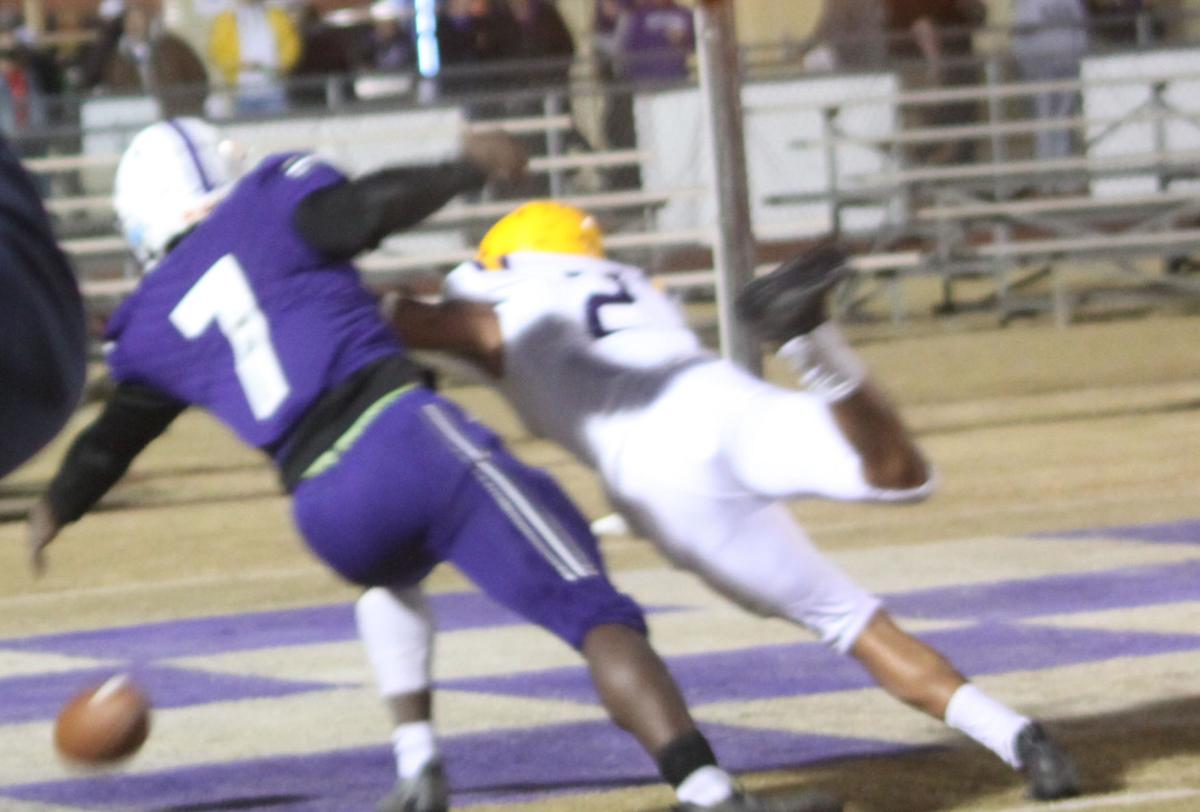 Above: Trousdale County’s Cameron Rankins (5) celebrates after intercepting a pass in the end zone to end Watertown’s final drive. The Yellow Jackets won, 21-13, to reach the Class 2A semifinals.

For the third straight year, Trousdale County made the trek Friday night to Watertown for a Class 2A quarterfinal.

And in what seems to be what baseball great Yogi Berra called “déjà vu all over again,” the Yellow Jackets (11-2) came out on top, defeating the Purple Tigers 21-13 to end their region rivals’ season.

It was the third straight time the Jackets have defeated Watertown (11-2) in the playoffs after losing in the regular-season matchup. In Week 3, the Jackets fell 9-7 in Hartsville but have now reeled off 10 straight victories.

“Our guys never got shook tonight. We were able to handle that adversity and not freak out when we got down 7-0,” said TCHS coach Blake Satterfield. “We were able to stick to our game plan and execute.”

Senior Cameron Rankins made big plays on both sides of the ball for the Jackets, as the fullback rushed for 173 yards and three touchdowns on 30 carries. But his biggest play might have been on defense, as his interception in the end zone snuffed out Watertown’s last drive and kept the Purple Tigers from potentially tying the game.

Watertown won the coin toss and took its opening drive inside the Trousdale 40 before turning the ball over on downs. Trousdale County went three and out on its opening possession.

The Purple Tigers got on the scoreboard first when junior quarterback Brayden Cousino found senior receiver Quanterrius Hughes-Malone for a 21-yard touchdown. Sophomore Garrett Dicken kicked the extra point to give Watertown a 7-0 lead with 4:09 left in the first quarter.

Trousdale would respond less than three minutes later as Jayden Hicks’ kickoff return set up the Jackets with good field position. Rankins would cap the drive by bursting through the defense for a 19-yard touchdown and senior Heath Chasse’s kick tied the game.

The Yellow Jackets would take the lead just before halftime as they put together an 11-play drive that ended with Rankins bulling through the center of the Watertown defense for a 2-yard touchdown. Chasse’s kick made it 14-7 with 30 seconds remaining till halftime.

Trousdale County got the ball to open the second half and drove 65 yards for Rankins’ third touchdown, an 8-yard run off left tackle. Rankins kept the drive going with a 35-yard carry on third and 8 to move the ball into Watertown territory.

The Purple Tigers would not go down easily, however, as they responded with Cousino’s second scoring toss to Hughes-Malone from 26 yards out. Dicken’s kick was no good though, leaving the score at 21-13.

Watertown had one last chance to tie the game in the fourth quarter, driving to the Trousdale 8. But on fourth and goal, Rankins stepped in front of Hughes-Malone and intercepted the pass in the end zone to snuff the threat.

“In my opinion, that was a huge play in the game,” Satterfield said.

From there, the Jackets held the ball for the final 7:25 to run out the clock and claim the victory.

Besides Rankins’ 173 yards, junior Bryson Claiborne had 14 carries for 45 yards and senior Alex Ford had 44 yards on four attempts.

Hicks had one carry for 10 yards but left the game in the first quarter with an apparent shoulder injury. He did not return and his status was unknown at press time.

Trousdale County had no penalties and no turnovers in improving to 4-0 against Watertown in the playoffs.

“One thing that goes unnoticed is not putting the ball on the ground,” Satterfield said. “Early in the season, we gave the game away on mishaps. Tonight, we were able to clean those things up and play good quarterfinal football.”