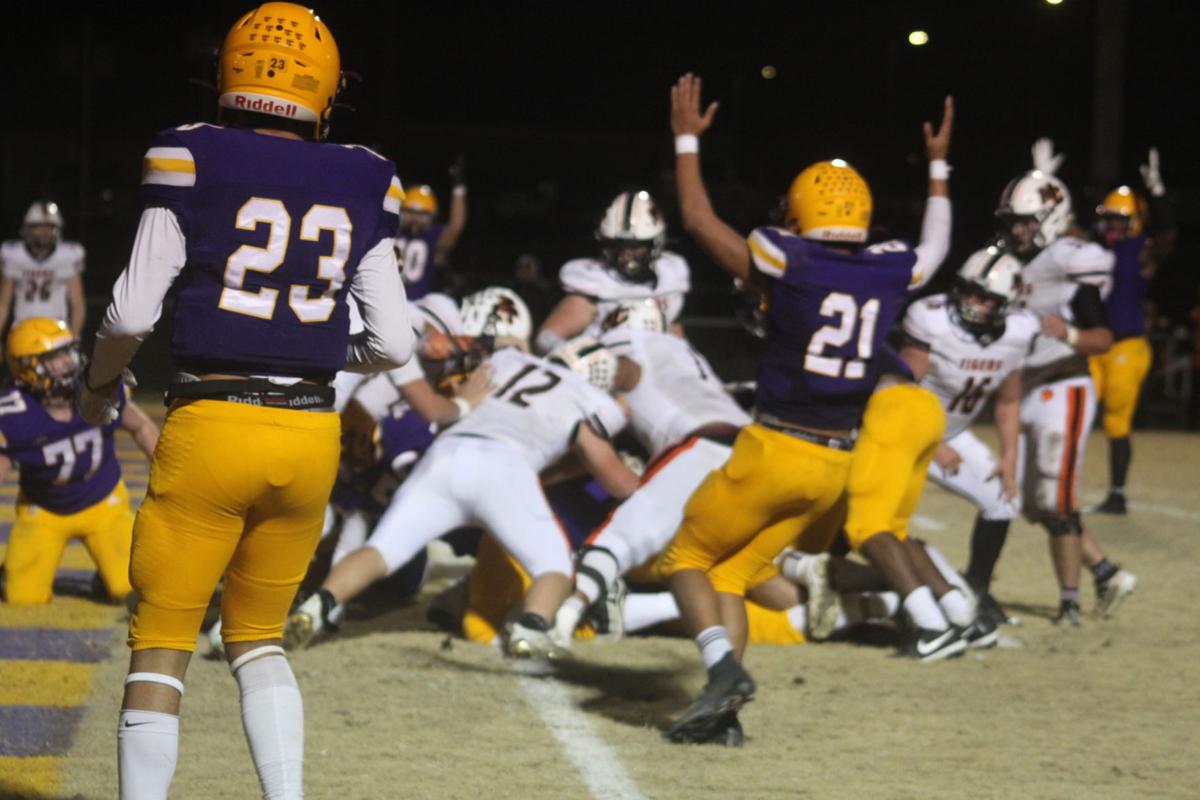 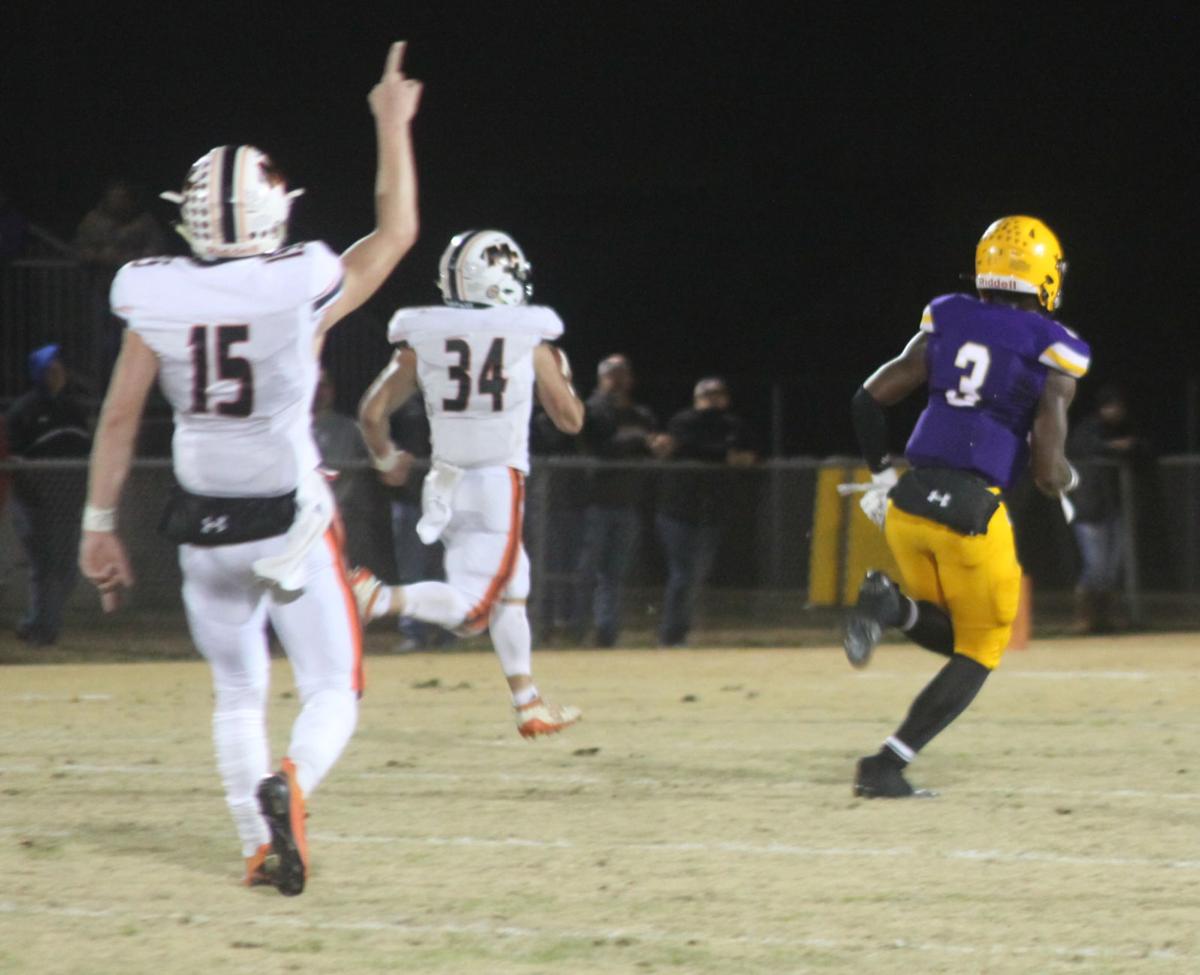 The Trousdale County Yellow Jackets showed the heart of a champion, but just needed a little more time in their 16-13 semifinal loss to undefeated Meigs County on Friday night.

The Jackets trailed 16-0 early in the fourth quarter before battling back to get within three points with 2:07 left in the game on the Creekbank.

“We lost, but we simply ran out of time,” said TCHS coach Blake Satterfield.

The Jackets (11-3) won the coin toss and deferred their decision to the start of the second half. The Tigers (14-0) took the ball and picked up two first downs before throwing a pass that was intercepted by Trousdale senior safety Alex Ford.

Trousdale would go three and out on its opening possession before punting.

Meigs then kept the ball for over seven minutes in a drive that was slowed by three penalties. The Tigers got on the scoreboard when senior Dillon Brown kicked a 34-yard field goal early in the second quarter for a 3-0 lead.

The Tigers would extend the lead on their next possession when Mr. Football finalist Will Meadows burst through the defense for a 58-yard touchdown run. Brown’s kick made it 10-0.

Trousdale County took the ball to start the second half but quickly had to punt it away.

On Meigs’ second possession of the third quarter, the Tigers put together a 93-yard drive that ended with a 2-yard run by junior quarterback Logan Carroll. The kick was missed but Trousdale found itself in a 16-0 hold with 11:41 remaining in the game.

Trousdale County would get its offense uncorked on the ensuing possession, driving 67 yards in 11 plays and getting a 1-yard touchdown run from senior Cameron Rankins. The Jackets went for two put a Keenan Burnley pass fell incomplete in the end zone, leaving the score at 16-6 with 7:01 to play.

Trousdale’s defense forced a three and out to get the ball back at their 38. Switching to a spread offense, the Jackets used the run and pass to move down the field. Senior Jordan Pickett found the end zone on an 8-yard run and classmate Heath Chasse kicked the extra point to make it 16-13 with 2:07 to play.

The Jackets would attempt an onside kick and had a chance to recover the ball, but Meigs fell on it. Three plays later, the Tigers punted and set Trousdale up at its own 8.

“Our offense struggled in the first half, but we made some adjustments at halftime,” Satterfield said. “We met as a staff and we scrapped a lot of things and we went back to some basic things to put our kids in the best position to be successful. They played their tails off.”

Pickett finished with eight carries for 69 yards while Rankins had 62 yards on 18 attempts. Rankins was also 10-of-17 passing for 103 yards.

The seniors finished with a four-year record of 41-13 with a region championship, three consecutive semifinal appearances and a state runner-up finish in 2018.