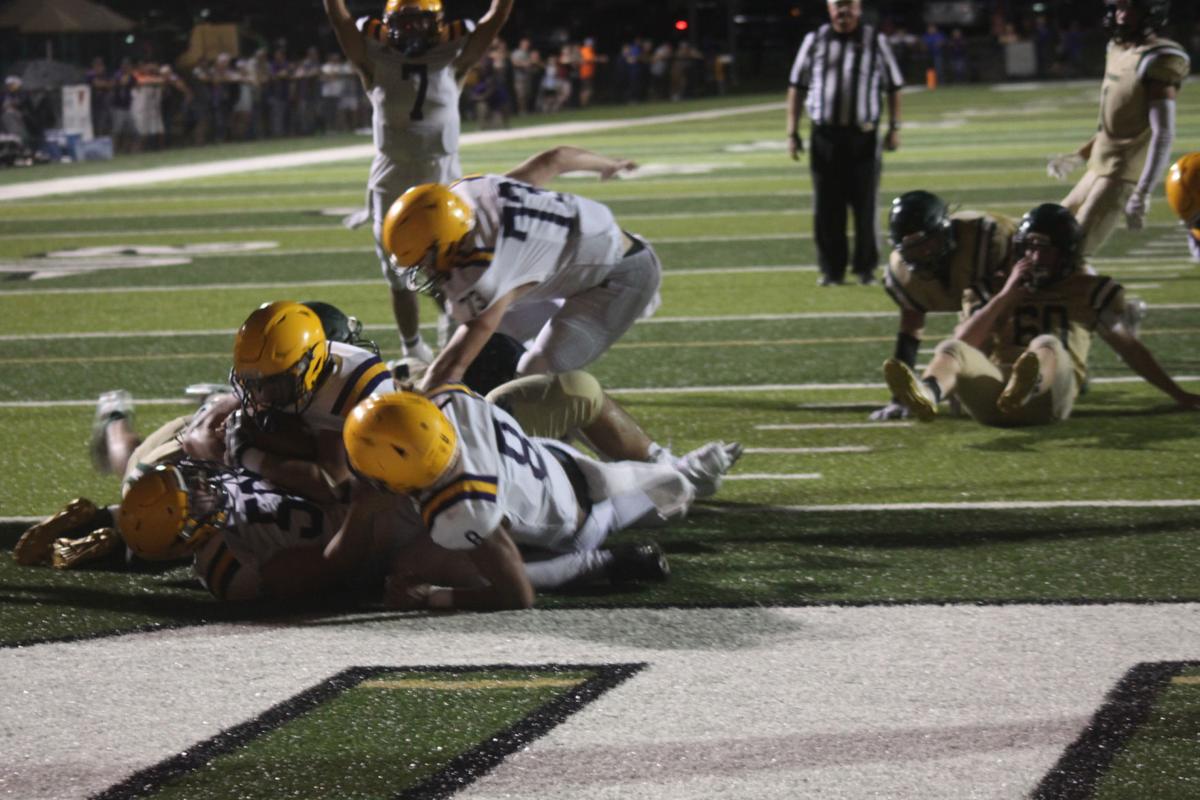 Trousdale County’s Cole Gregory, second from left, plunges across the goal line for what would be the winning touchdown Friday in a 12-10 victory over Friendship Christian. 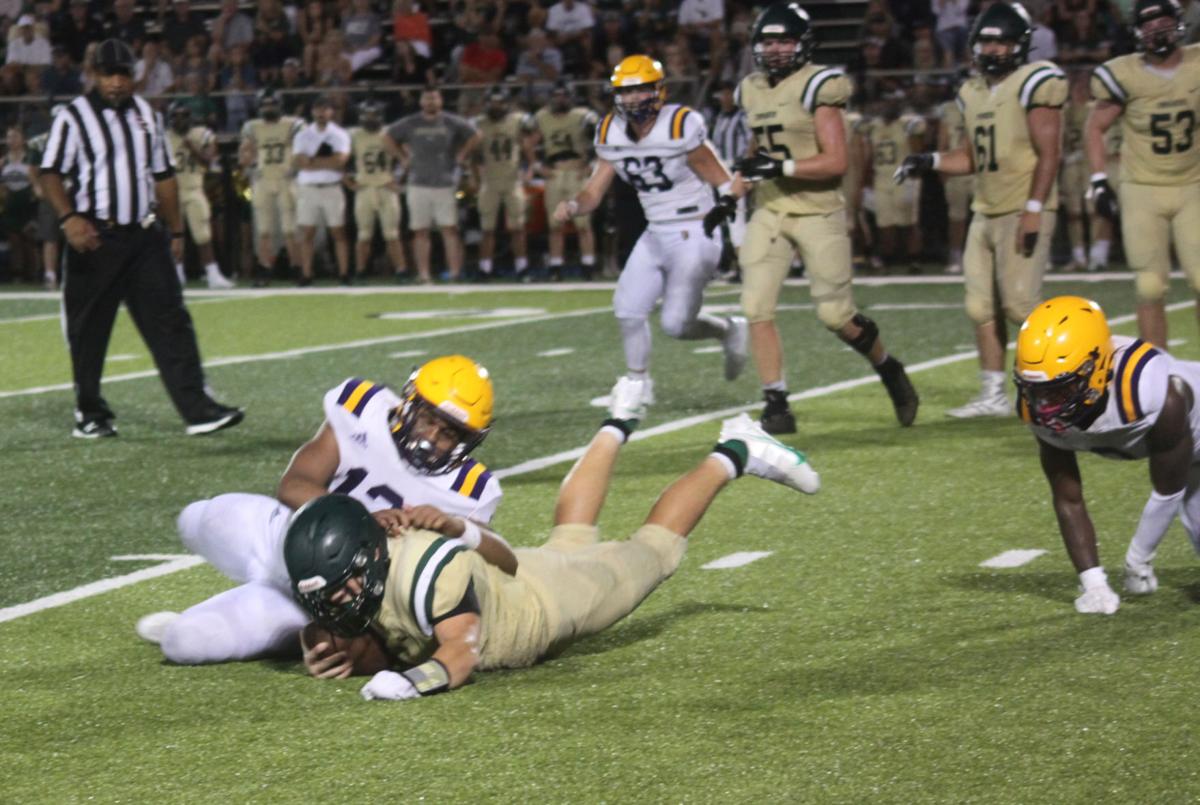 Trousdale County’s Cole Gregory, second from left, plunges across the goal line for what would be the winning touchdown Friday in a 12-10 victory over Friendship Christian.

The Trousdale County Yellow Jackets came up with some late-game heroics Friday evening to claim a hard-fought, 12-10 come-from-behind victory at Friendship Christian.

The Jackets took their only lead of the game with just 57 seconds left to play on Cole Gregory’s 2-yard touchdown run. The defense then had to deflect a Commander pass inside their 5-yard line as time expired to secure the victory.

“It was two good teams going at it tonight. Coach (John) McNeal does a great job with his team,” TCHS coach Blake Satterfield said. “I thought as a whole, our coaching staff, our players, our community came out to support us. It was a program win tonight.”

The Jackets won the coin toss and deferred until the second half.

Friendship took advantage, marching downfield on a 10-play drive that was aided by a roughing-the-passer penalty on the Jackets. Junior quarterback Garrett Weekly finished the drive with a 2-yard touchdown run on fourth and goal to put the hosts ahead. Landon Williams’ kick gave Friendship a 7-0 lead.

The Commanders would extend that lead in the second quarter to 10-0 as Williams easily drove a 41-yard field goal through the uprights.

Trousdale County would respond with its first points of the night, scoring on an 11-yard run by senior Keenan Burnley. Colton Key’s extra point hit the right upright and was no good, leaving the score at 10-6 going into halftime.

Both teams were scoreless in the third quarter, although the Jackets had two drives end after failing to convert fourth downs in Friendship territory.

With time running out in the fourth quarter and the Commanders trying to run out the clock, the Jackets got a big defensive play when senior lineman Carsey West forced a fumble and then fell on it.

The Jackets started their final drive at their 34 with 2:37 remaining and were backed up to first and 23 after a holding penalty. But sophomore Kobyn Calhoun, making his first start, hit two big completions of 18 yards to Kane Burnley and 35 yard to Keenan Burnley to put the ball in the red zone.

Bryson Claiborne carried the ball to the 5 and was tackled out of bounds, drawing a penalty that moved the ball just outside the 2 and set up Gregory’s plunge up the middle for the go-ahead score.

“We had a sophomore quarterback lead us down the field, seniors making big plays,” Satterfield noted. I was very proud of our guys.”

The ensuing kickoff went out of bounds, so Friendship started its last drive at the 35. Weekly was able to complete a pass to sophomore Brock Montgomery that out the ball at Trousdale’s 48 with two seconds left. But Weekly’s final pass was knocked to the turf by Jacket defenders.

“We had to change up the defense and get a bit more pressure,” Satterfield said.

Gregory led all ball carriers with 77 rushing yards on 12 attempts. Claiborne had four runs for 40 yards and Calhoun had 30 yards on three carries.

It was the Jackets’ 24th win in the 33 games of the series and the fifth year in a row that the visiting team left with a victory.

“It’s a pride game; it’s not a game that’s going to break their season or mine,” McNeal said. “With the win last year, I still had unanswered questions. This year with a loss, I don’t. I know what we’ve got and they answered some questions for me tonight.

“Other than the loss, I don’t have a lot of negatives tonight. I thought our kids played well.”