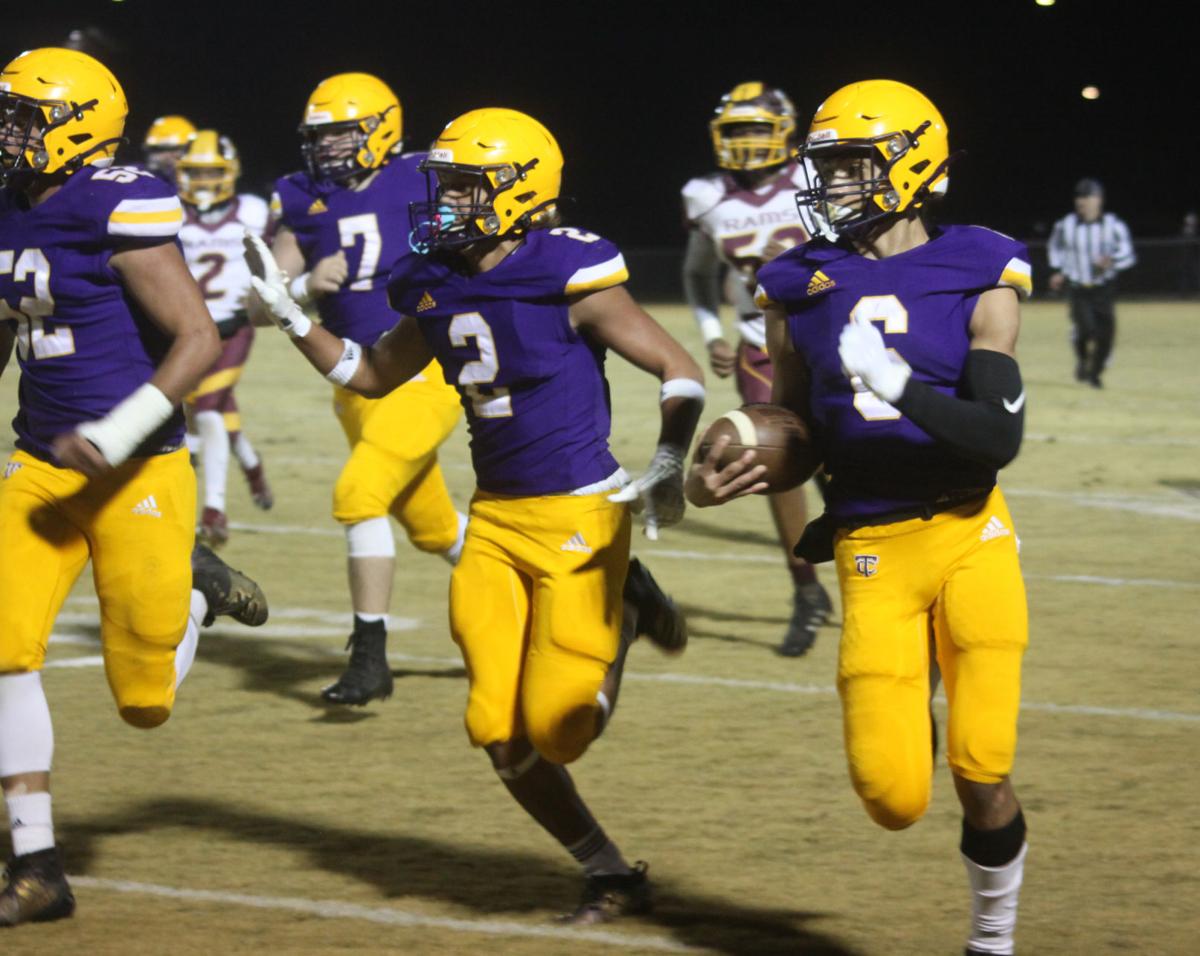 Trousdale County’s Jayden Hicks (6) returns an interception for a touchdown while being escorted down the sideline by Kane Burnley (2), Kasen Payne (52) and Carsey West (7). The Yellow Jackets defeated Tyner, 38-0. 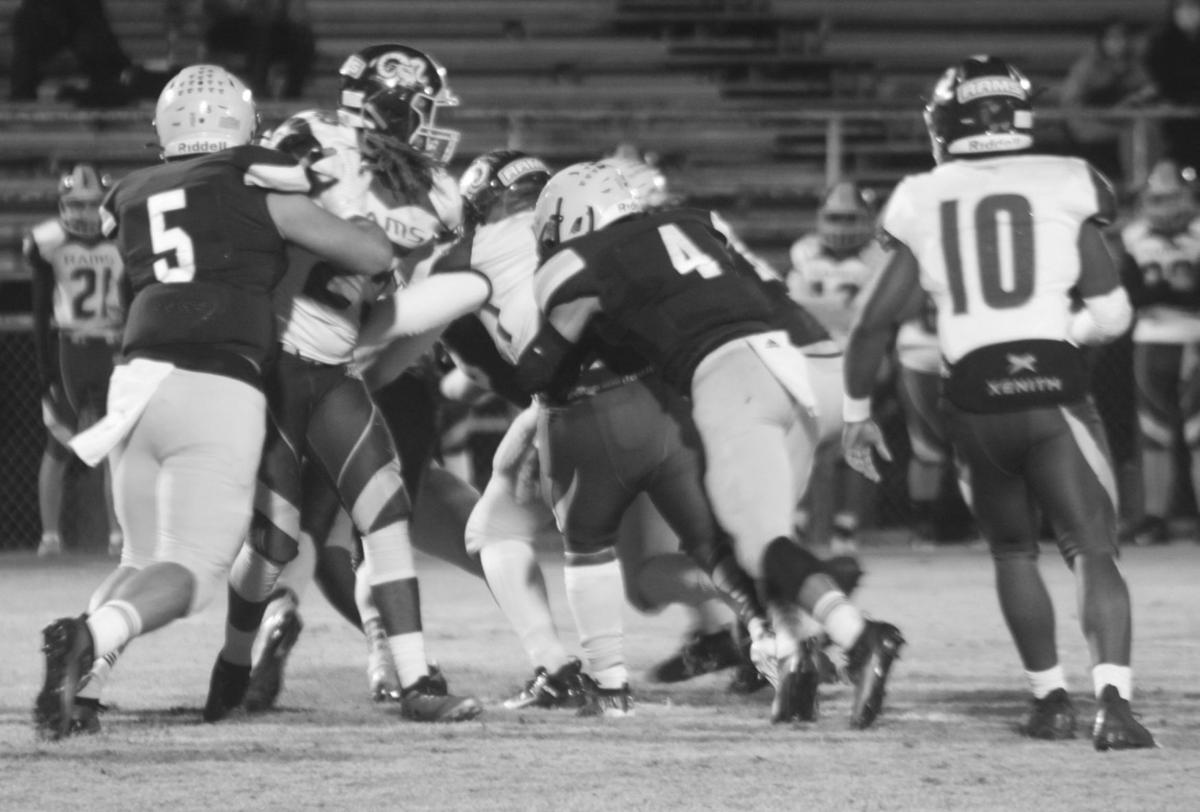 Trousdale County’s Jayden Hicks (6) returns an interception for a touchdown while being escorted down the sideline by Kane Burnley (2), Kasen Payne (52) and Carsey West (7). The Yellow Jackets defeated Tyner, 38-0.

Trousdale County advanced to the second round of the TSSAA playoffs Friday night as the Yellow Jackets blanked Tyner Academy 38-0 on the Creekbank.

The Jackets (9-2) scored on their first possession and built a 28-0 halftime lead before working in some reserves during the second half.

“I thought our guys were focused tonight,” said TCHS coach Blake Satterfield. “We were able to be the more physical team on the field, running the ball, controlling the clock and playing sound defense and our kicking game was good.”

Trousdale County won the coin toss and deferred till the second half, giving Tyner (4-5) the ball to start the game.

The Rams quickly went three and out before punting to the Jackets, who put together a 12-play drive that cover 79 yards and took 6½ minutes off the clock. Senior Cameron Rankins put Trousdale on the board with a 9-yard run and classmate Heath Chasse’s kick made it 7-0.

On Tyner’s next possession, the Trousdale defense got on the scoreboard as senior Jayden Hicks grabbed an interception and returned it 60 yards down the home sideline to the end zone. Chasse’s kick made it 14-0 late in the first quarter.

Hicks also scored the next touchdown for the Jackets on a 6-yard quarterback keeper, followed by a 1-yard plunge from Rankins just before halftime to make it 28-0.

On the first play of the third quarter, Trousdale junior Bryson Claiborne raced 65 yards down the visitors’ sideline for a touchdown. Chasse’s kick made it 35-0 and put the TSSAA’s mercy rule into effect with a running clock.

The Jackets got their final points in the fourth quarter when Chasse nailed a 27-yard field goal with 9:02 to play to make it a 38-0 ballgame.

Trousdale County had nine players carry the ball, amassing 322 yards on the ground. Rankins led the way with 70 yards and two TDs on 13 carries, Claiborne had one run for 65 yards and senior Jordan Pickett had 49 yards on six attempts. Sophomore Kyle Shockley had nine runs for 38 yards and Hicks had 32 yards and a TD on four runs.

Rankins completed the Jackets’ only pass attempt, finding Hicks for a 45-yard gain.

Trousdale’s defense had two interceptions, one by Hicks and the other from freshman Kolby Petty in the fourth quarter on a pass that was deflected by sophomore Brayden Gooch.

After the game, Tyner announced that coach Wayne Turner would not return in 2021 after 30 years on the sidelines for the Rams.