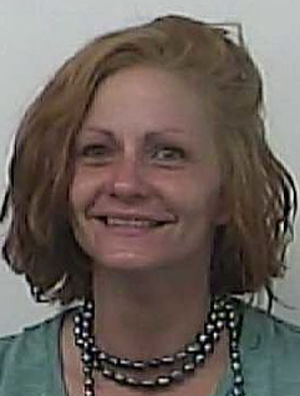 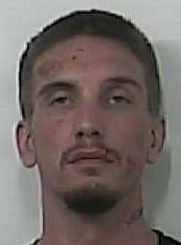 Trousdale County deputies arrested a Portland man on Friday after a high-speed chase and charged him with a number of offenses, including evading arrest and drug possession.

According to the arrest affidavit, deputies spotted on Aug. 7 a Dodge Ram truck on River Road allegedly being driven by Richard Holt Fowler Jr., 31, of Portland. The same vehicle had allegedly fled an attempted traffic stop on July 24 with pursuit going from McMurry Blvd. to Highway 141N before being terminated in Macon County. The tag on that vehicle was reported stolen the following morning by Sumner County.

Deputies initiated the Aug. 7 pursuit after the truck reportedly ran a stop sign at the intersection of Cedar Bluff Road and Lebanon Pike.

The truck continued along Cedar Bluff Road at between 80 and 90 miles per hour and passed over into Smith County, where a Smith County deputy lay down spike strips. The vehicle lost a front tire and eventually came to a halt in the Rome area of Smith County.

A female passenger reportedly told deputies she had tried to get Fowler to stop but that he refused.

After being taken into custody, deputies reportedly found that the truck Fowler was driving had been reported stolen out of Davidson County and that Fowler’s license had been revoked because of a past DUI.

A search of the vehicle allegedly found two bags of methamphetamine and two scales, along with a loaded Ruger P95 handgun.

He was booked into the Trousdale County Jail, where he was being held on $115,000 bond. He is scheduled to appear in general sessions court on Friday, Aug. 14.

Second arrest: A Hartsville woman was arrested and charged after reportedly being found with five grams of meth and paraphernalia.

Jennifer Renee Arrington, 40, was arrested on Aug. 5 after deputies responded to reports of a stranded motorist near Old Lafayette Road.

Deputies reportedly received permission to search the vehicle and found marijuana gringers and a pipe, along with a bag containing meth, heroin and scales, and a keychain flask of liquid meth. Two kinds of loose prescription pills were also allegedly found.

She was booked into the Trousdale County Jail and held on $40,000 bond. She is scheduled to appear in general sessions court on Friday, Sept. 11.