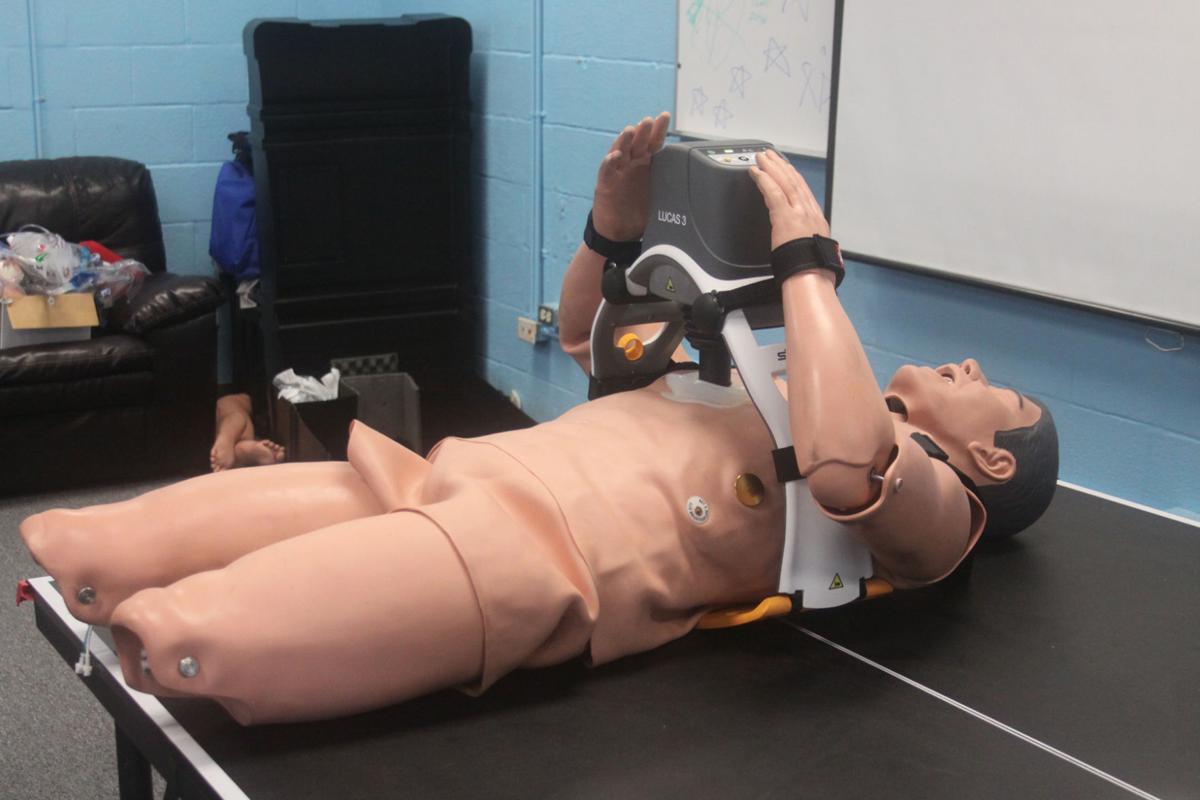 One of the EMS’ new LUCAS devices is demonstrated on this dummy. The device automatically performs chest compressions as part of CPR. 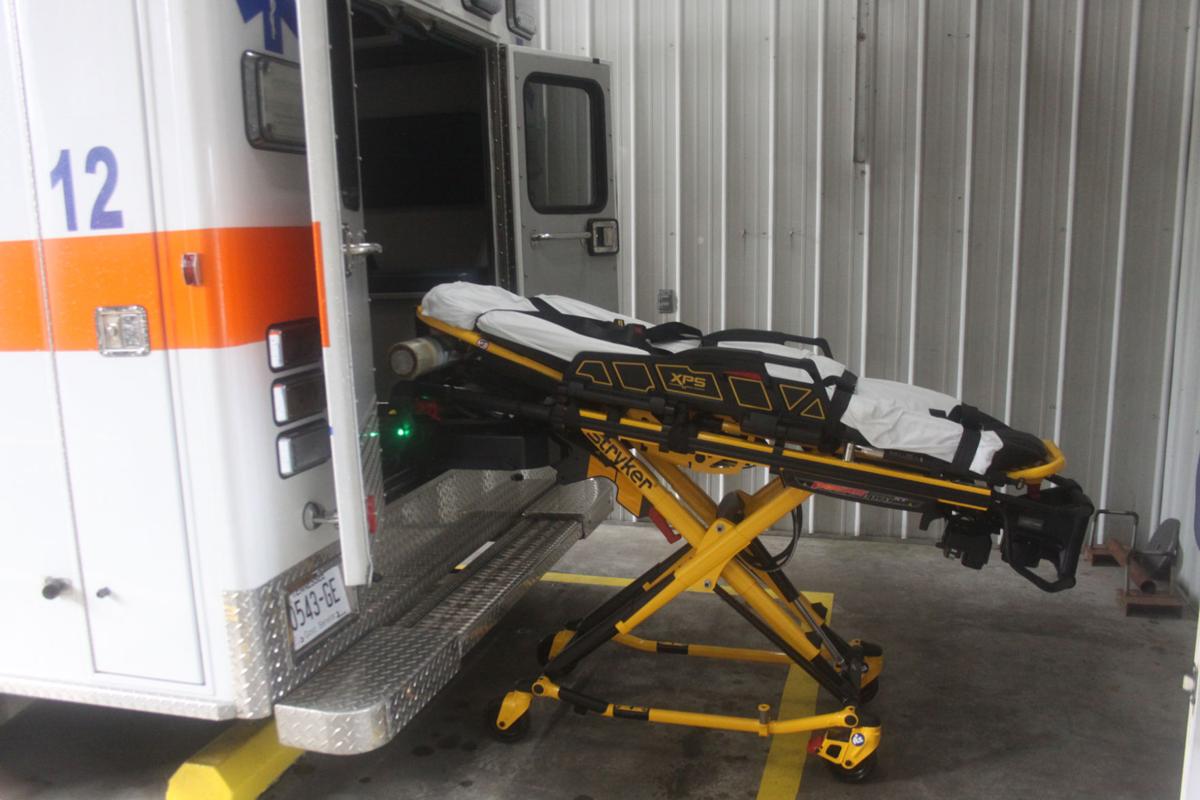 Trousdale EMS has acquired new automatic lift stretchers that are designed to reduce back strain and injuries to personnel.

One of the EMS’ new LUCAS devices is demonstrated on this dummy. The device automatically performs chest compressions as part of CPR.

Trousdale EMS has acquired new automatic lift stretchers that are designed to reduce back strain and injuries to personnel.

Trousdale County’s Ambulance Service and Rescue Squad have acquired new technology that is designed to prevent injuries to staff and make their already difficult jobs a bit easier.

The Ambulance Service has purchased three Stryker Power-LOAD stretchers that automatically lift from the ground into the back of an ambulance, eliminating the need for EMS personnel to physically lift a patient. The system, which is becoming more prevalent among EMS departments both locally and nationally, help reduce the incidence of back injuries from heavy lifting.

“There’s always a chance when you’re lifting that it can become unsteady; the patient can fall,” said Trousdale EMS Director Matt Batey. “Now it’s all motorized and up and down by itself.”

“It saves on back strain, lifting the patients,” added battalion chief Daniel Summers. “We don’t have to lift patients and it’s rated up to 800 pounds. That will get anybody we need.”

Batey quoted a study that showed an average savings of $545,000 in workers compensation claims over a 4½-year period with the Power-LOAD stretchers.

“We’ve had one person that had to retire because of injury,” he said. “This line of work isn’t conducive to good backs over 30 years of service.”

EMS also acquired two LUCAS devices, which perform chest compressions on patients suffering cardiac arrest. The device enables a two-person team to handle such calls, as one can drive and the other can perform airway treatment or administer medication.

“It frees up an extra person on an emergency call,” Batey added.

The equipment cost a total of $72,827, which EMS paid for out of its own fund balance. In recent years the county’s Ambulance Service has generated significant revenue, thanks in large part to consistent runs to the Hartsville prison. Those calls typically result in a fee of over $1,000 per trip, according to past analysis.

“We’ve been looking at getting these for the past few years. Now we’ve gotten to the point with revenues we’re able to purchase these outright out of our own funding,” Batey said.

In addition, the Rescue Squad has obtained newer equipment for vehicle extraction after an automobile crash. The new equipment is battery powered and can be used immediately as opposed to having to run a line from a generator and prime the gear for use.

“We’ve used this several times already on crashes,” he said. “In terms of efficiency, it’s grab the gear and go to work… They’ve been super handy.”

Batey said the new spreader was rated for 10,000 pounds of psi (force per square inch) as opposed to 5,000 for the old gear. It will make it easier to cut into newer model vehicles that use stronger steel in their construction.

The Rescue Squad now has two extraction units and is hoping to purchase another new system next year to give them two new sets.

“The county’s not getting any smaller,” Batey said. “Crashes and incidents continue to happen more often. This put us in the 21st century.”