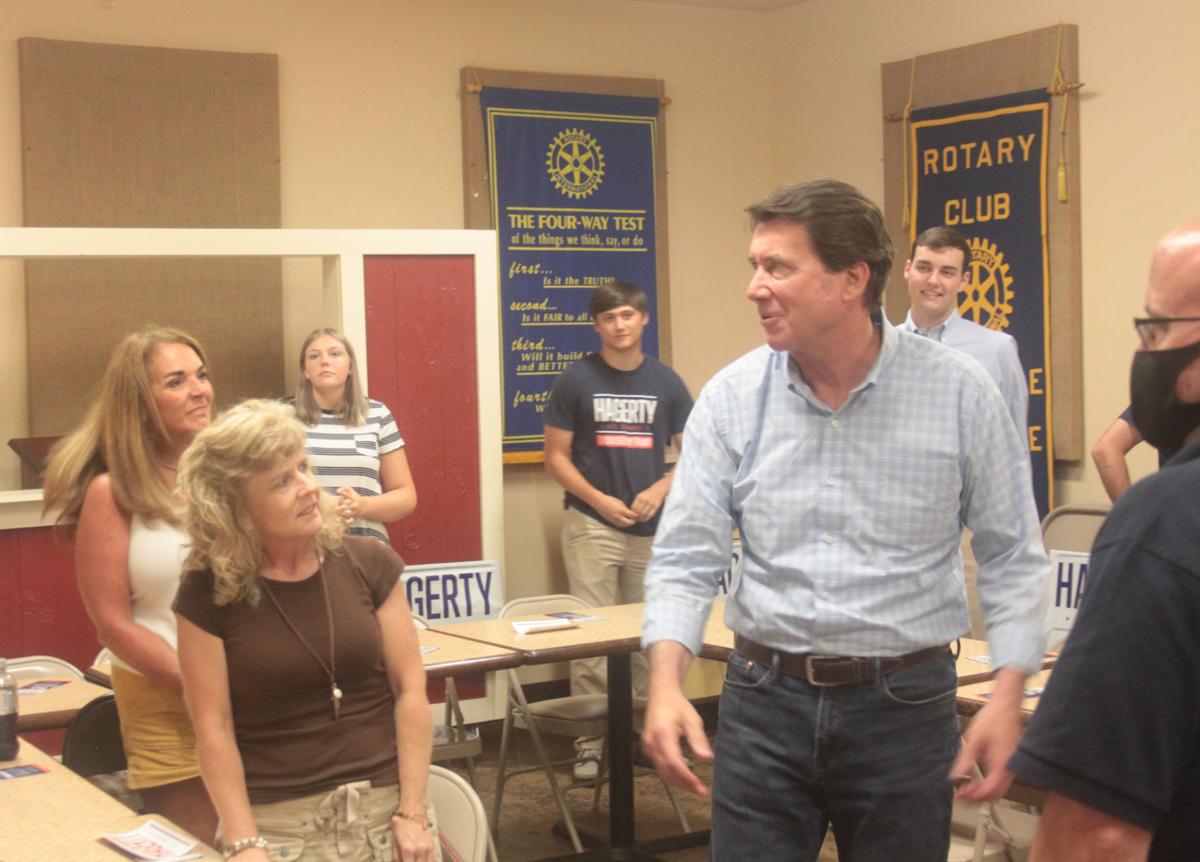 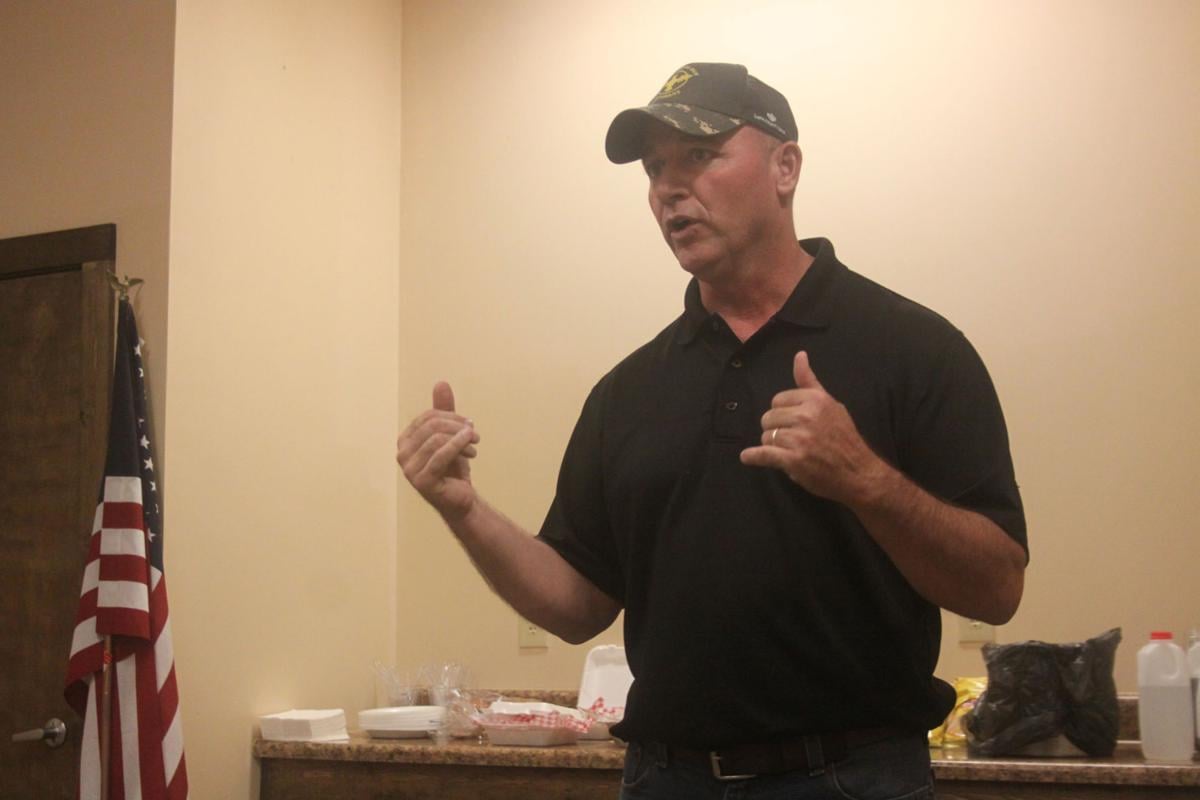 Two Republican candidates for the U.S. Senate stopped in Hartsville over the past week to shore up support in advance of Thursday’s primary.

Bill Hagerty and Jon Henry each made separate appearances and spoke to audiences at PigPen Barbeque. Both candidates drew groups of around 20 people.

Hagerty, a former commissioner of Tennessee’s Department of Economic and Community Development, visited on July 29 and said his experience made him the top choice among 15 Republicans running for the Senate seat being vacated by Lamar Alexander. Hagerty also touted his endorsements from President Trump and Sen. Marsha Blackburn.

“My focus has been two-fold: deregulation and building back our economy… Our goal is not to be where we were, it’s to be better,” Hagerty said.

Henry said his focus was on small towns, farmers and veterans. Henry, a Riddleton native who grew up on a farm, spent 27 years in the Marine Corps and retired as a sergeant major.

“My whole campaign is: I am Tennessee,” Henry said. “I pride our campaign on talking about things the others just have no clue about.

“For me, we have to revitalize our small towns. The very fabric of our country has been compromised by getting rid of small farms.”

Henry also promoted himself as the true “outsider” candidate in the race, saying, “Every hand I shake, every stockyard I’ve been to, none of them take polls. But they’re all voting for Jon Henry.”

Revamping the tax code was also among the priorities Hagerty listed, saying he wanted to lower business and corporate taxes.

“That’s really the engine of growth in America. It’s not the big corporations, it’s the small and medium-sized companies. I want to make America the best place in the world to invest capital.”

Henry focused on education and returning more local control to the schooling of Tennessee’s children.

“If we don’t change our education system and get more down to state level, we’re in trouble,” he said. “It’s right there in front of our face, No Child Left Behind. Look on the streets of our nation.”

Both candidates addressed the need to bring industry out of China and back to the U.S. Hagerty said he wanted to, while Henry said he wanted America to take back industries a piece at a time, the same way he said those industries left.

“A factory may not be as big a deal for someone working at Amazon or at big plants… But in Hartsville or Carthage if you employ 300 or 500 people, it’s huge. I don’t have to drive to Nashville or Murfreesboro or Cookeville,” Henry said.

“We need to get those supply chains back. I want to see ‘Made in America’ the theme again,” Hagerty added during his visit.