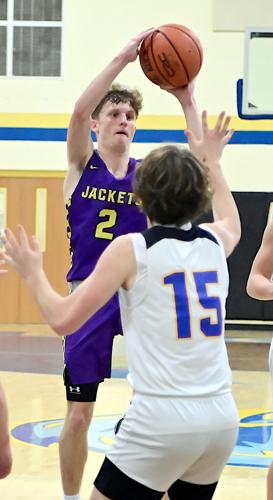 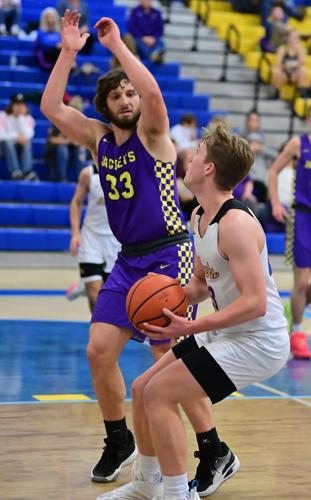 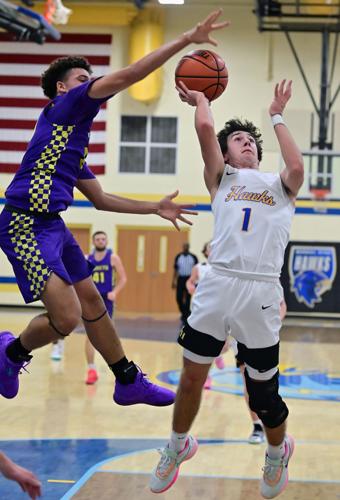 The Trousdale County High School boys basketball team pulled away late in the game to claim a 52-44 win at Merrol Hyde Magnet in the two teams’ District 8-A opener on Dec. 6.

The Yellow Jackets scored 20 points in the final period to pull out their 14th win in the 19 games all-time against the Hawks.

“I thought we played a great game defensively,” TCHS Head Coach Ryan Sleeper said. “We are still struggling to find our offensive identity, but hopefully, that’ll come as we progress through the season.”

On Friday evening at Jo Byrns, the Yellow Jackets got off to a slow start, falling behind 15-4 in the opening period in a 58-40, district loss to the Red Devils.

“I thought we played with them once we settled in,” Sleeper said. “Jo Byrns is a great team, and (if) you give a great team a big lead right out of the gate, you probably won’t win.”

However, TCHS bounced back one night later, running out to an 11-4 advantage in the first quarter and still leading by that same margin at the final horn, emerging with a 50-43 victory over visiting Watertown on Saturday evening.

The Jackets now have back-to-back wins over the Purple Tigers after losing 19 straight to them.

“I love the way this group bounces back after a loss,” Sleeper said. “We shot the ball better this contest, but I still feel we don’t shoot the ball enough.”

Trousdale County will play at Jackson County on Friday evening.

Then, the Yellow Jackets will travel to Celina for the Clay County Classic, facing Cloudland on Dec. 22 at 1:30 p.m. before clashing with Clay County on Dec. 23 at 7:30 p.m.