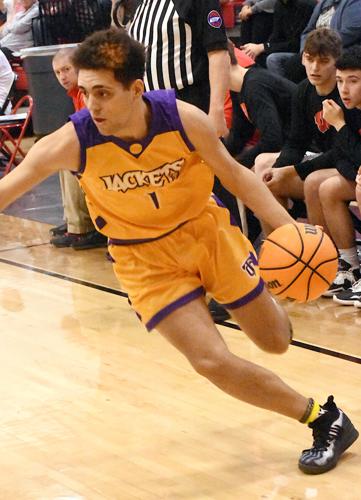 The Trousdale County High School boys basketball team had their most lopsided victory of the season last Friday, rolling to a 55-19 victory at STEM Prep Academy.

“Any win you can get is a blessing when you’ve been on a losing streak,” TCHS Head Coach Ryan Sleeper said. “Credit to our boys for battling through some mid-season adversity. We believe that our struggles the last few weeks will help mold us into a much better team toward the end of the season.”

The win improved the Jackets’ record to 6-11 overall and to 2-3 in district play.

TCHS played a home district game with Knowledge Academy on Jan. 10, but they were outscored in every quarter of the 74-41 loss.

“We did not handle their defensive pressure well at all,” Sleeper said. “They are probably the most athletic team we will see top to bottom. So, hopefully, our guys get used to that type of elite speed, and we can limit those turnovers the next time we face them.”

On Jan. 9, the Jackets traveled to Westmoreland for a non-district game. The visitors trailed by 23 at the end of the third period, but fought back to get within 11 before falling, 65-48.

Fergusson had a solid game with his 15 points, and Stafford had 10. Gregory netted seven points, while Banks and Smithson each had four. Gooch provided three, Cook two, Mitchell two, and Cooper Henley one.

The Jackets host Jo Byrns on Friday for homecoming and travel to East Robertson on Tuesday.