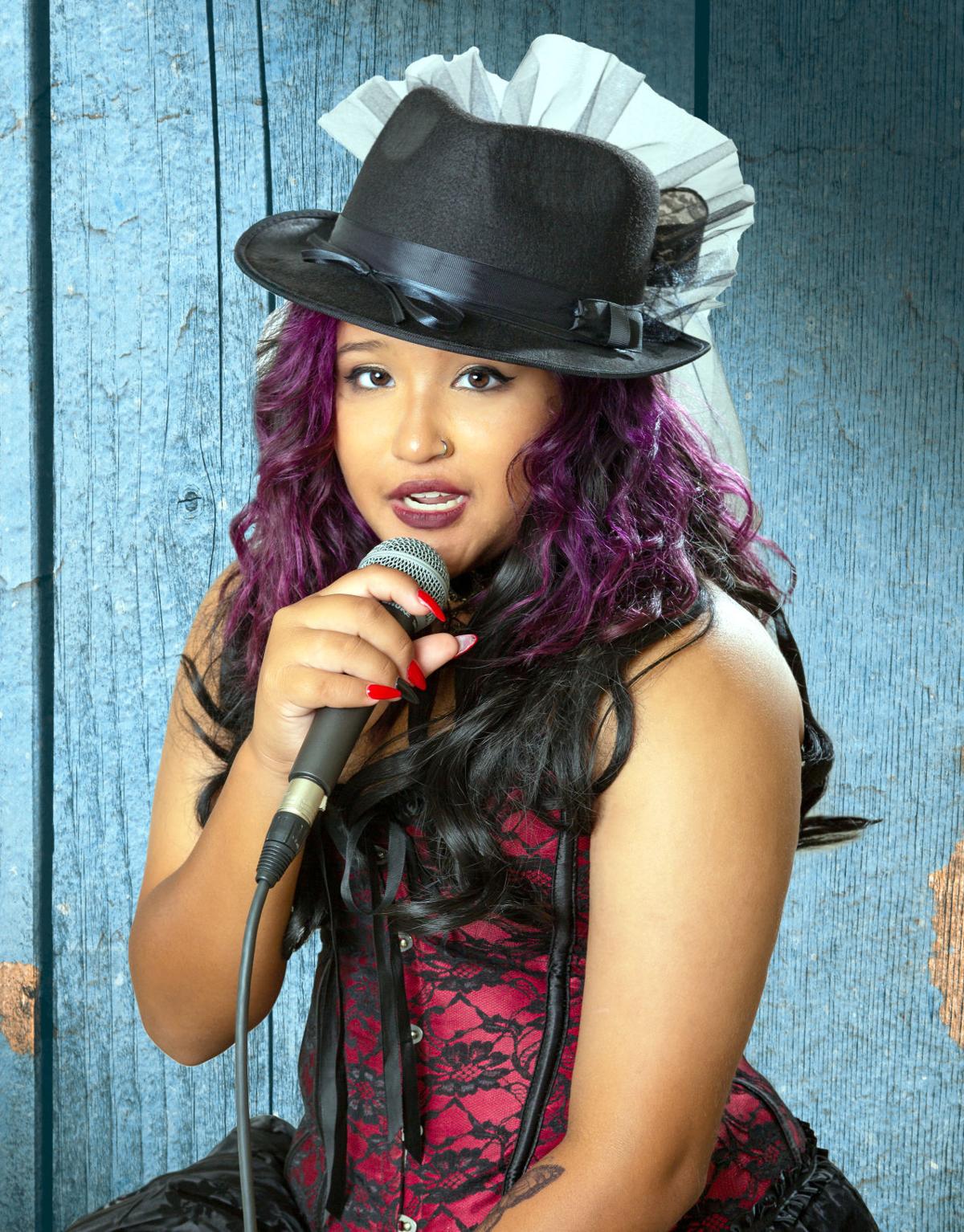 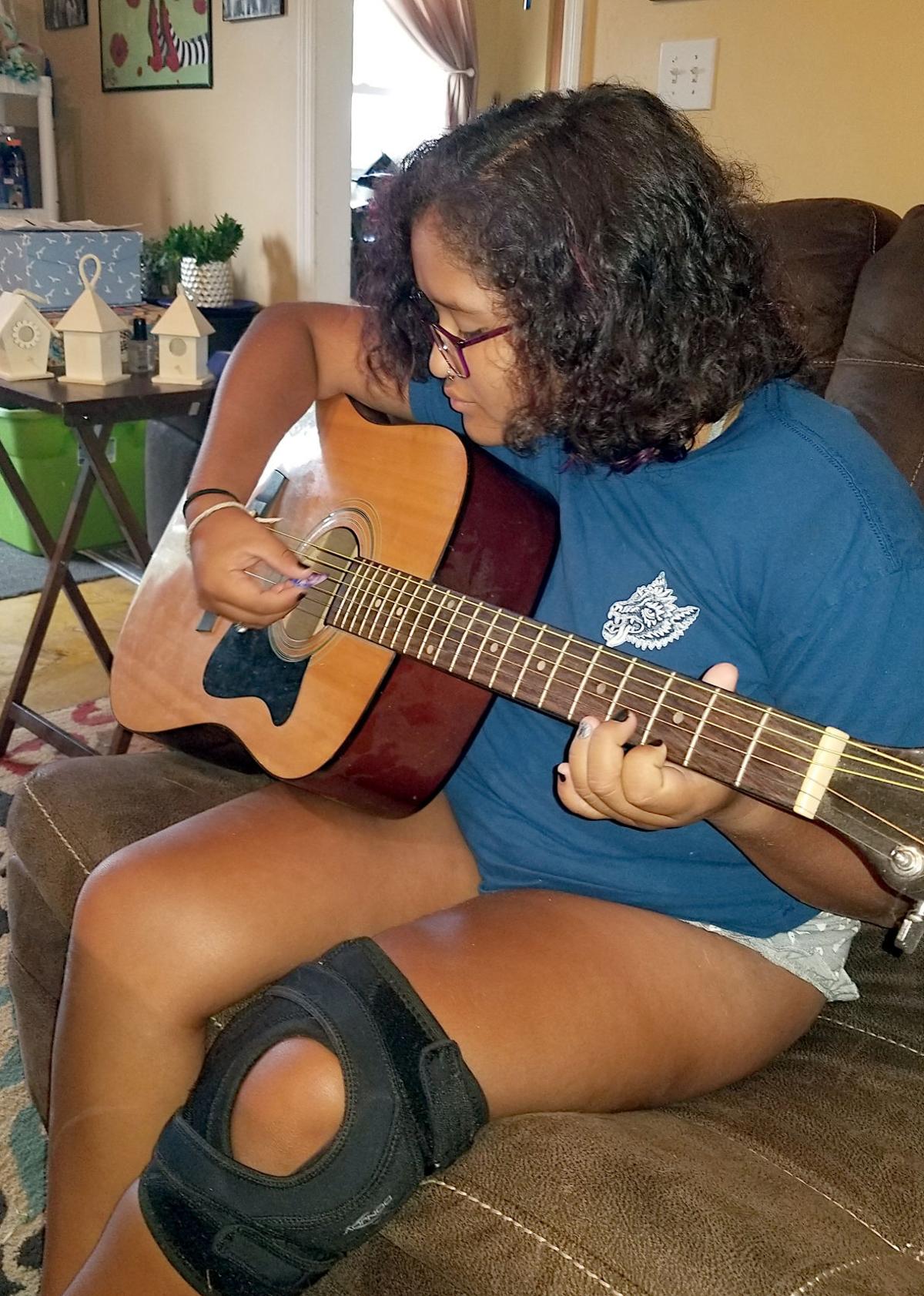 Mt. Juliet 16-year-old Maggie Perry has written some songs with the assistance of Randy Dorman. 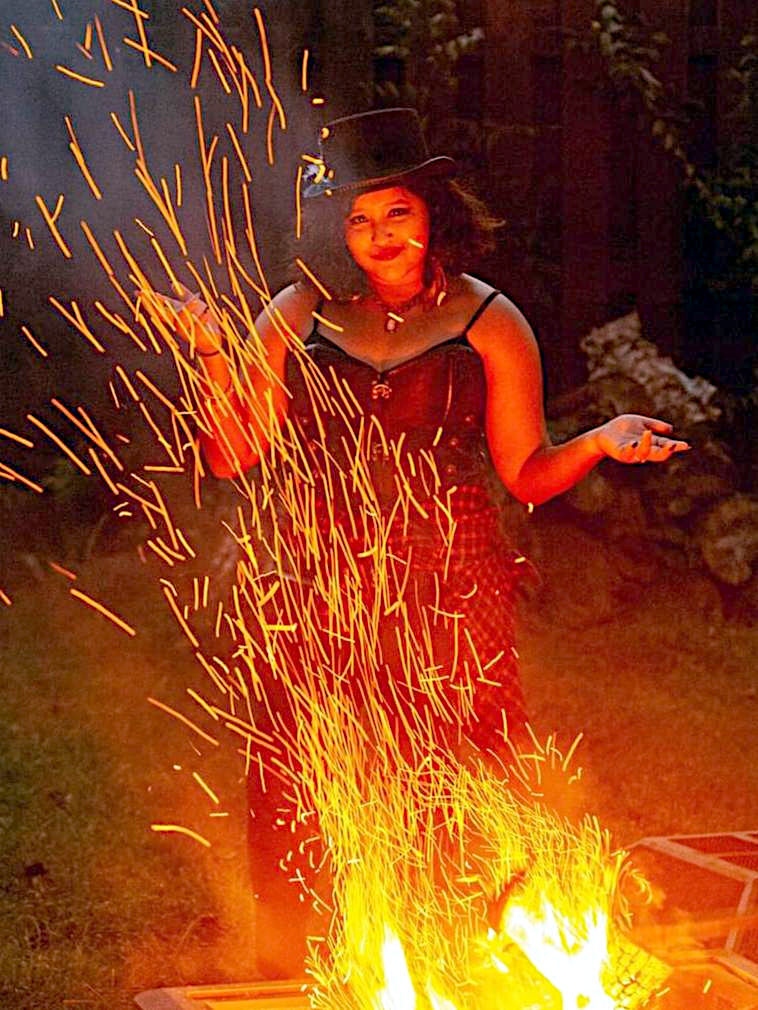 Mt. Juliet 16-year-old Maggie Perry is one of the two finalists for the 2021 Danny Awards Fan Favorite competition.

Mt. Juliet 16-year-old Maggie Perry has written some songs with the assistance of Randy Dorman.

Mt. Juliet 16-year-old Maggie Perry is one of the two finalists for the 2021 Danny Awards Fan Favorite competition.

And the first 16 years of her life have been infiltrated with many twists and turns.

The Mt. Juliet singer/songwriter/actor is hoping that her next direction is north.

She’s currently in the midst of an online voting competition that could earn her a trip to New York City as part of the Danny Awards.

“It’s very cool,” Perry said. “I (would) be staying up in New York. I haven’t been up in New York for a while. That will be nice. The venue looks very nice. That’d be fun to add to the resume.”

Jake Nielson — an Aromas, California resident — is the other competitor in the 2021 Danny Awards Fan Favorite competition. There were 11 Danny Award winners chosen, with those individuals to perform in New York City as well. The winner of the fan favorite competition will be the 12th performer.

Individuals can vote for the fan favorite online (at www.danielsmusic.org/thedannys/2021/home), once per day through Oct. 26.

“I found it on Facebook,” Maggie’s mother, Karen Perry, said. “They were looking for singers for (a virtual) open mic night. With COVID, we couldn’t go anywhere, so it gave her a chance to sing. They (later) contacted us with this competition.”

The Danny Awards consist of an award show that showcases and recognizes the musical talents of individuals with developmental and physical disabilities. The first Danny Awards event was hosted in New York City on March 8, 2020, days prior to the COVID-19 pandemic beginning to shut down much of the United States.

“I am on the autism spectrum disorder (ASD 1),” Maggie Perry said.

This year’s Danny Awards consisted of more than 100 video submissions from talented musicians of all ages and abilities. The winners will perform on Dec. 12 in front of a live audience of approximately 600 individuals, and the event will be live-streamed as well.

“Maggie has physical disabilities as well,” Don Perry, Maggie’s father, said. “She has epilepsy. She has asthma. She has a number of different ailments.”

Magdalena Adele Perry was adopted at age 2, though she has been with her parents since she was four days old.

She had some physical challenges from birth.

“I was a deaf as a baby,” Maggie Perry said. “I just started singing.”

The 3-year-old’s musical sounds were a surprise to her parents.

“We didn’t know she had her hearing,” Karen Perry said.

Don Perry added, “She was signing songs we didn’t know. We didn’t know she could hear. She had been in the hospital for meningitis at a young age. That’s how we discovered she couldn’t hear. There was a guy going through the hospital and was ringing his cowbell, and Maggie wasn’t reacting.”

“We’re Christians, and I came downstairs and told my parents that it was the angels teaching me how to sing,” Maggie Perry said.

She still experiences challenges with her hearing … yet, it doesn’t impact her singing.

“She still has hearing problems,” Karen Perry said. “The doctor describes what she has as about 65-% hearing loss. She has almost total hearing loss in one ear right now.

“She can’t hear much, but she’s always been able to hear music. She will tell you if you’re off (pitch).”

Maggie Perry added, “My producer, Sergio Sanchez, he doesn’t get it. Whenever we go in to record, it’s always pitch perfect.”

One of Maggie’s first stage moments came at a young age, an impromptu performance prior to the family relocating to Tennessee.

“In Rhode Island, they had this Autumnfest (a weekend festival),” Karen Perry said. “When she was 4 years old, this lady was performing. Maggie was singing and dancing, so she pulled Maggie up on stage. They started singing Taylor Swift’s ‘Love Story.’ Maggie went off into the corner and started singing. She had to physically take the mic back at the end of the song.

“She’s been singing ever since.”

Maggie Perry was 6 when the family moved to Donelson, living there for a year before settling in Mt. Juliet.

Soon after the relocation, Maggie Perry joined the Nashville Children’s Choir for a seven-year stint, which requires an audition to be selected. There’s three tiers of choirs in that organization, and Maggie Perry ascended to honor chorister.

She’s now a part of the Nashville Youth Choir.

However, over the past two years, more opportunities have opened up.

One of those opportunities came in 2019 when she crossed paths with Randy and Ann Dorman while singing “America the Beautiful” at a Borderless Arts Tennessee event that was held in Nashville.

“They were there and heard Maggie singing, and they wanted to work with her,” Don Perry said. “He is her music manager.”

Randy Dorman — who performed with Kenny Rogers for 39 years — is a composer, arranger, producer and engineer who has also done extensive session work as a musician.

“It’s been very exciting,” Maggie Perry — who started playing the piano at age 3 and who recently began playing the guitar — said. “It gets your hopes. You get excited over these things.”

“I’ve done musicals,” Maggie Perry said. “I’ve always been intrigued by that. So, I wanted to get more into acting.

“At the same time we met Annie (Dorman), we always did acting as well.”

When she was 13, more acting doors began to open.

“It really has grown over time,” Don Perry said. “In 2018, she hooked up with this organization called Industry Network. They give some lessons and workshops, but then, they allow their students to go to an industry event in Los Angeles (California). You have to go through the workshops and compete against other people. Then, you can go to the showcase.

“Maggie went to their 2019 showcase. That’s really the event that started us getting us to the next level. Before then, we hadn’t considered much about acting. That was the same year we got Misty (Pyburn with Acture Talent Agency) as an agent and that we met Ann and Randy. Things just really fell together.”

The Perrys were informed just last week that Maggie Perry — who has worked as an actor in haunted houses — will be cast on an episode of “American Detective,” which appears on the ID (Investigation Discovery) Network (a part of Discovery+). She’ll be playing a part in which she’s hanging out with a friend in the woods and skipping rocks before they discover a dead body.

“They call this a grabber scene,” Don Perry said. “It’s the first one in the episode. It grabs them and makes them want to keep watching.”

Another creative element has surfaced as well.

“Over the last year and a half, she’s writing her own music,” Don Perry said.

Maggie Perry — who has been home-schooled since she completed the third grade — has written four songs.

“You’re kind of getting into a mindset,” Maggie Perry said of songwriting. “You start writing things down, and you get into a song.”

Maggie and Don Perry collaborated on her first songwriting effort, “Never Alone,” and her first solo effort was about God, entitled “One King.”

She has also written a song about suicide that will soon be released, entitled “The Letter.”

Though she has Billie Eilish, Andra Day and Adele as mainstream influences, Christian music is a significant part of Maggie Perry’s musical repertoire.

“A lot of it is Christian, but I also throw in (mainstream music),” Maggie Perry said.

She was formerly a soloist and a part of the choir at their home church, Cloyd’s Cumberland Presbyterian Church in Mt. Juliet.

“I once did a music ministry (a Christian music concert at My Father’s House in Murfreesboro),” Maggie Perry — who enjoys the music of Christian artist Lauren Daigle — said. “That was a really good experience.

“You sing a bunch of songs, and that counts as the message.”

Just as she did as an infant, Maggie Perry isn’t allowing anything to slow her progress.

“She had a really bad seizure on Friday (two weeks ago) and was in the hospital,” Karen Perry said. “On Saturday, she was on set for (the filming of a television pilot). It doesn’t stop her from what she’s doing.”

Neither do any of the other physical hindrances that she tries not to allow to be limitations.

“I’m used to it (living with disabilities),” Maggie Perry said. “It’s not really (a factor). You kind of shove it off to the side and deal with it after.”

Maggie Perry is hopeful that fan-favorite votes will be rolling in until 11:59 next Wednesday evening, earning her an opportunity to perform in New York City but also an opportunity to possibly meet some of her siblings for the first time since she was born.

“If Maggie wins, we’ll be close to where her siblings are (Jose and Victoria) to where she has never met,” Karen Perry said. “If Maggie wins this, we’re hoping to go see them while we’re up there. It’s not just winning this. We’re going to turn it into that as well.”

Maggie Perry met her sister, Maria (who lives in Massachusetts), in 2013.

Over the past two years, Maggie Perry was informed that she has other siblings. She asked to find her brother and sisters last Thanksgiving, and she wrote her third song about finding her siblings, entitled “Familiar Faces.”

Her brother, Jose, and sister, Victoria, still live in Rhode Island. Maggie Perry was a baby when she last saw them.

“I cannot wait for that day,” Maggie Perry said of reuniting with her siblings. “It will be awesome when I see them.”

However, that’s one of the few things she’s thought of in relation to her future. With the quickly-evolving nature of her current endeavors, she’s attempting to remain focused upon those things.

“I really haven’t thought about that much honestly,” Maggie Perry said of her goals as an artist. “I guess it’d be cool if my music can touch people emotionally or spiritually.

“It really is exciting. It kind of brightens your day when you know that you’re doing something good for other people.”