Sign Up
Log In
Purchase a Subscription
You are the owner of this article.
Edit Article Add New Article
You have permission to edit this article.
Edit
Home
News
Sports
Entertainment
Local Events
Obituaries
Opinions
Classifieds
Legal Notices
Eedition
Subscribe
1 of 5 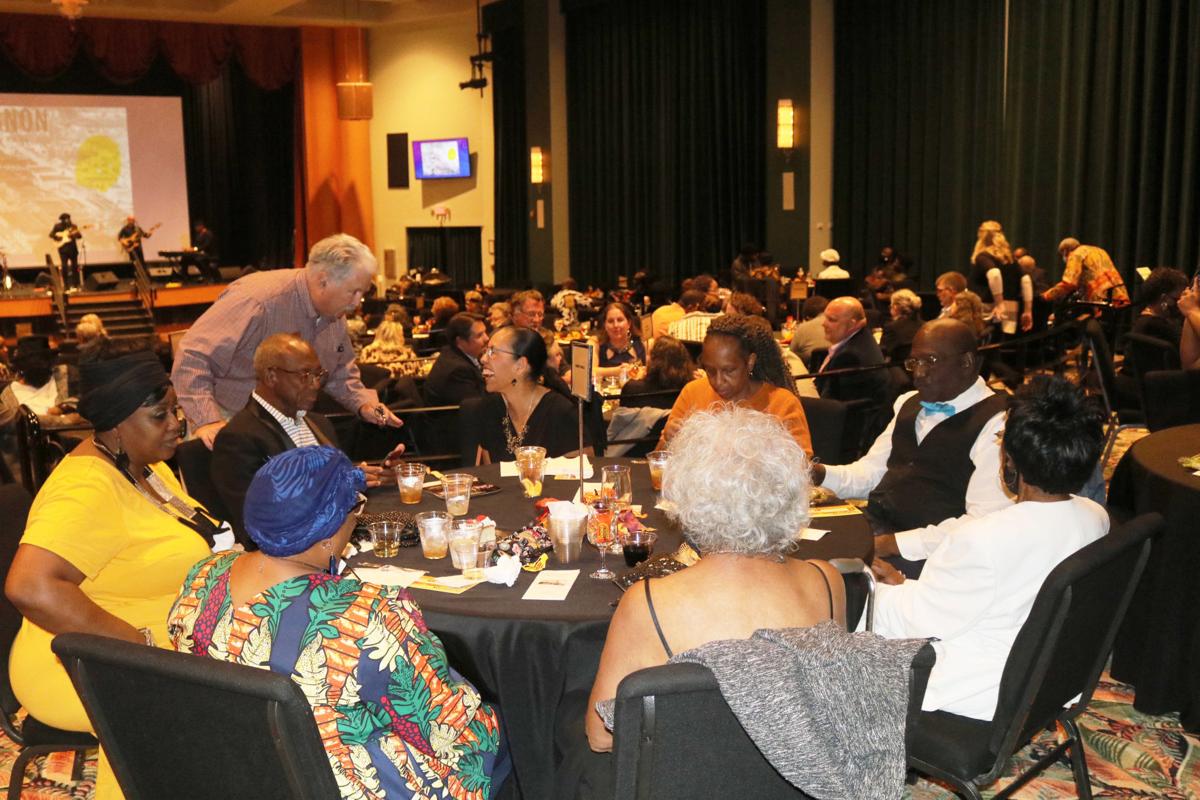 Bill Moss (standing) checks in on a table at September’s Celebration of Pickett Chapel event at the Capitol Theatre in Lebanon. All funds raised from the dinner and party went to restoring the famed Pickett Chapel, located just off Lebanon’s downtown square. 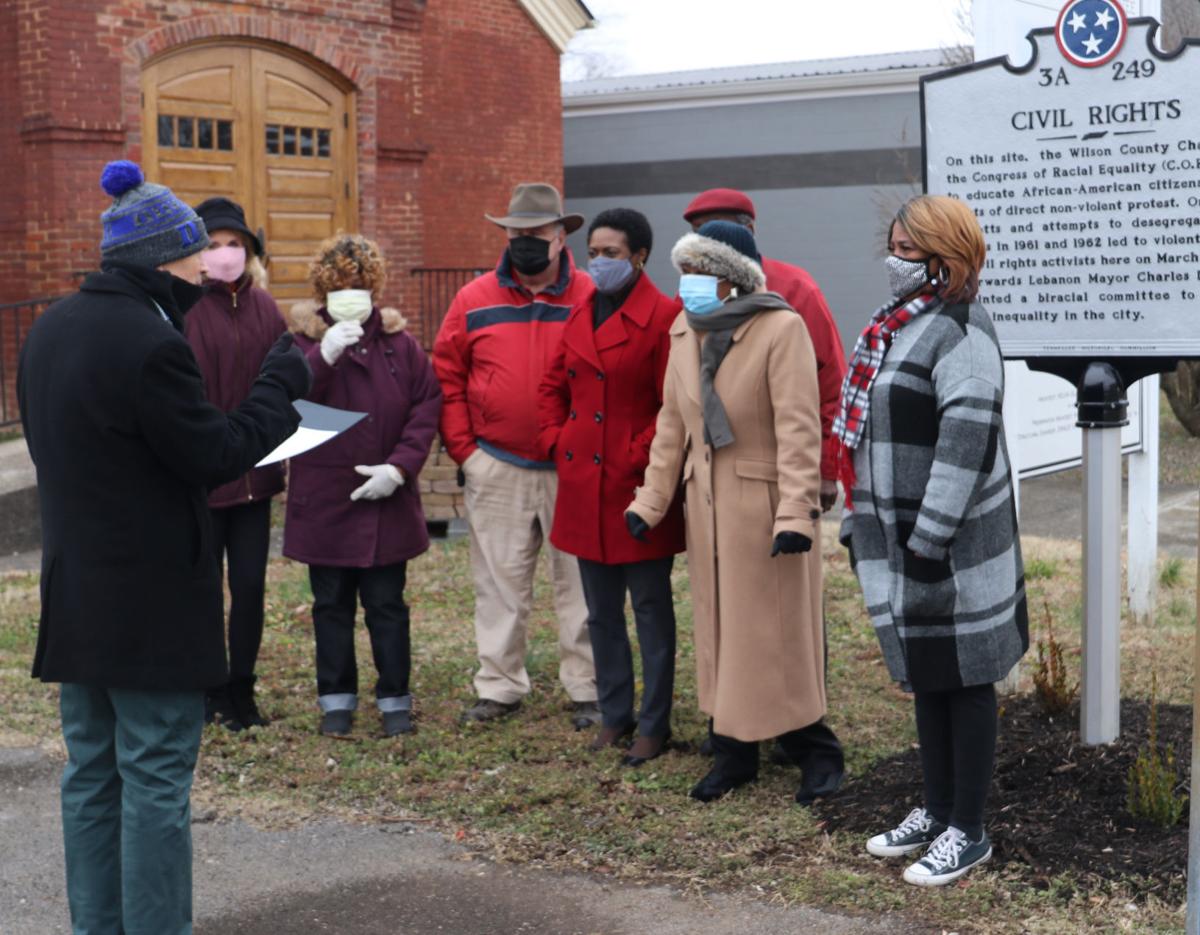 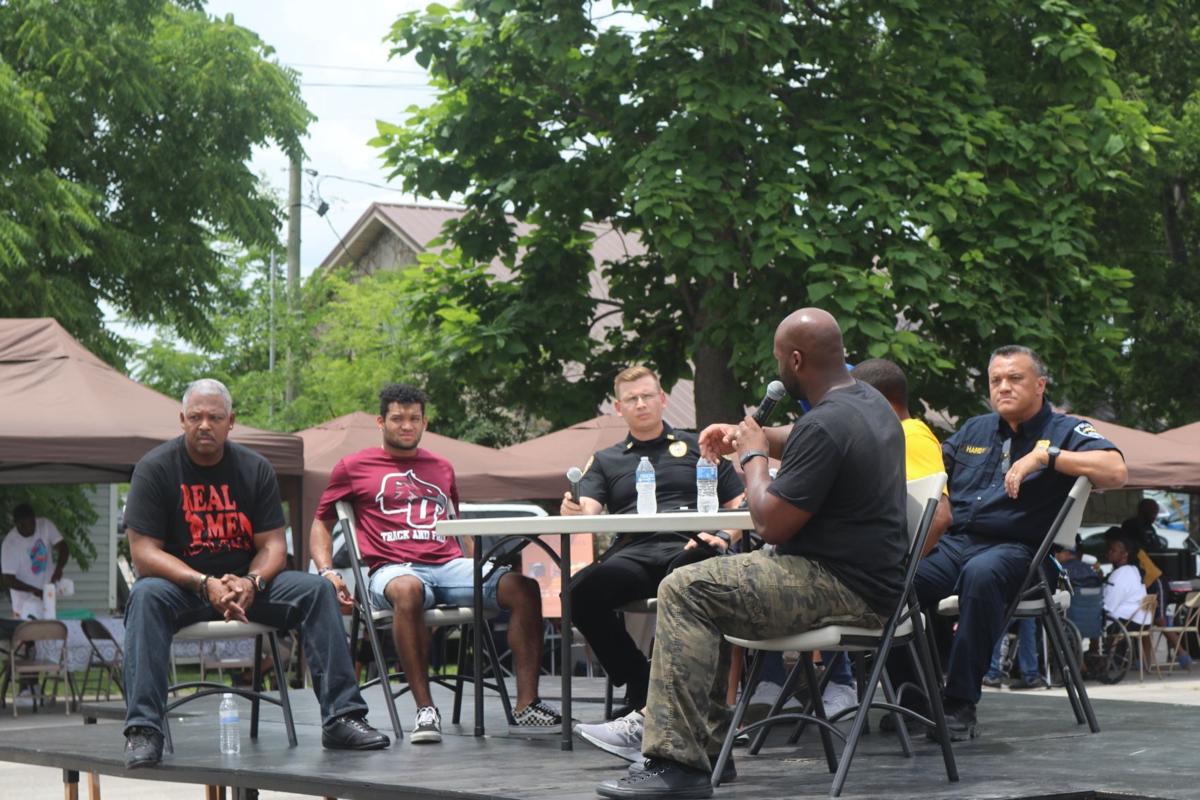 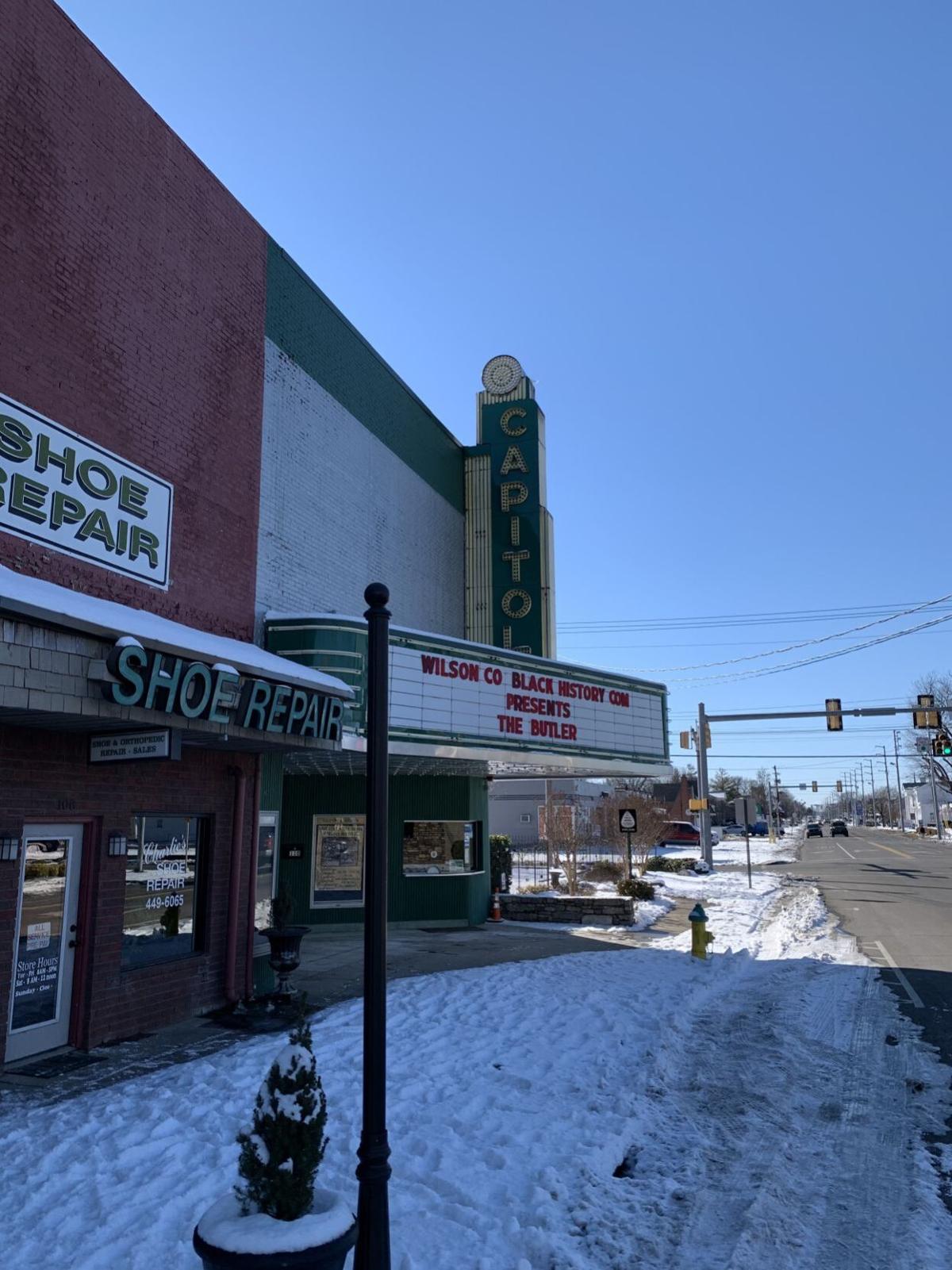 After a massive snowstorm nearly shut down the county, the black history committee gave everyone something to get out of the house for: a screening of Lee Daniel’s “The Butler” at Lebanon’s Capitol Theatre. 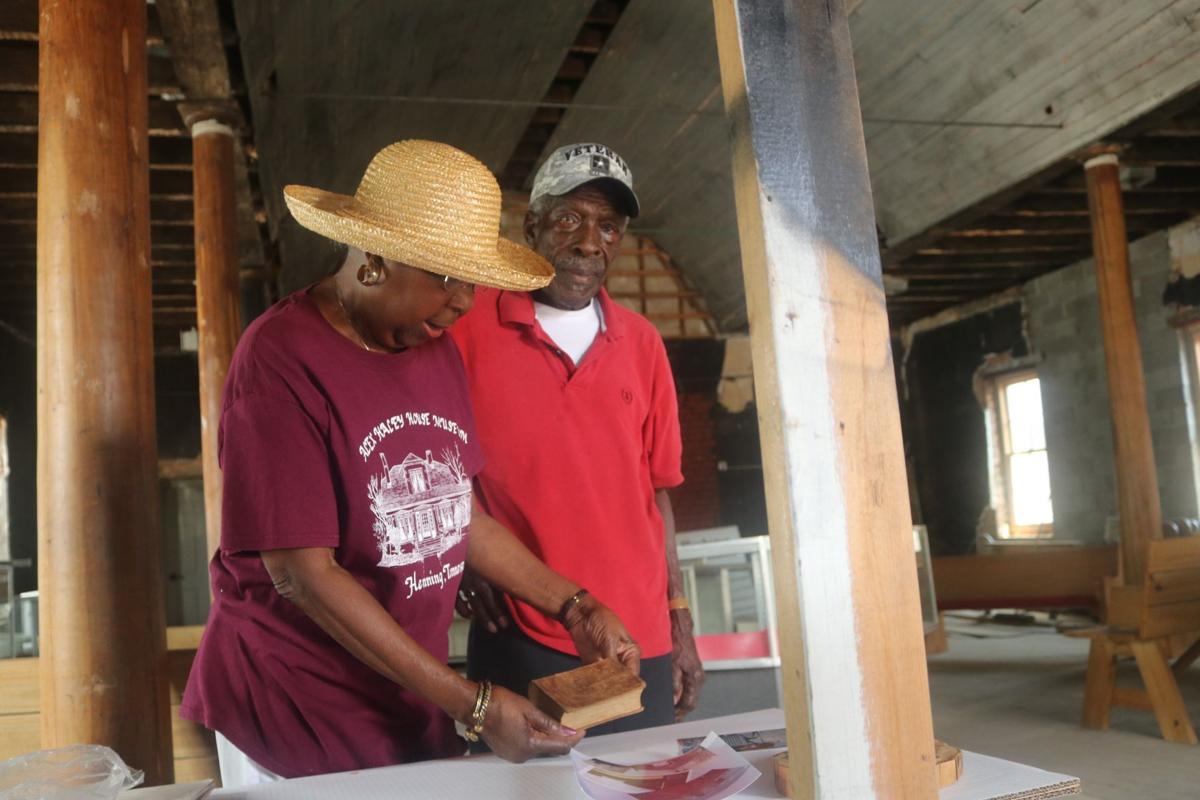 Bill Moss (standing) checks in on a table at September’s Celebration of Pickett Chapel event at the Capitol Theatre in Lebanon. All funds raised from the dinner and party went to restoring the famed Pickett Chapel, located just off Lebanon’s downtown square.

After a massive snowstorm nearly shut down the county, the black history committee gave everyone something to get out of the house for: a screening of Lee Daniel’s “The Butler” at Lebanon’s Capitol Theatre.

The Wilson County Black History Committee enters 2022 with a thankful posture after what it deems as a successful year. It’s project to restore Pickett Chapel in Lebanon is progressing smoothly and the committee is encouraged as a result.

During the week before Christmas, the committee looked to put finishing touches onto the chapel’s annex, space that will enable the chapel’s conversion into a history museum.

“We are extremely grateful for the progress of the Pickett Chapel Restoration Project,” Harris said. “We want to give thanks to each individual, business, organization and church for their support during the past year.”

She’s not the only one thrilled with results from the previous year.

“I think this year we stepped it up a little bit,” said committee member Bill Moss on Tuesday. “We are looking to close the deal by completing renovations (in 2022).

“We’re nearing the point of completing the project in terms of its renovations.”

Renovations are only just the first step, as Moss explained. The larger picture involves converting the historic chapel into a legacy museum for years to come.

“Our next goal down the road is marking that museum a viable place to learn about history in Wilson County,” Moss said. “One of the things I’m proudest of is that we took many strides forward, getting the work done to show people progress.”

Moss also commented how encouraged that he was at the attendance for the Juneteenth Street Festival.

“When you looked up the road and saw all the people there celebrating, it was a strong moment for our committee,” Moss said.

Once the museum is completed, Moss is looking forward to having local students visit the chapel and see what history lies in store.

“It’s easy to read about history in a book,” said Moss. “Experiencing it is a whole different ball game.”

The committee remains dedicated to offering that experience in more ways than one. A quick glance back at 2021 lays out all the proof.

At the time, Harris told the Democrat, “This is a unity march. I’m an older woman. I’ve seen both sides of this street, and I think it’s time for us to come together.”

Community members heard that call and turned out by the dozens to support the march, whether on foot or by car.

Shortly after, the chapel received a historic place registry designation. Then, later in February, a Black History Month celebration was held at the Capitol Theatre. It came as relief on the heels of a week-long snow storm.

The committee presented a screening of Lee Daniels’ ”The Butler,” which tells the story of Cecil Gaines, a character based on the real-life Eugene Allen. Allen worked as a butler in the White House for 34 years, serving seven presidents from Dwight Eisenhower to Ronald Reagan. He retired in 1986 as the highest-ranking White House servant.

Harris said that the screening was a way to raise money for the restoration of Pickett Chapel. In years past, the committee had held different fundraising events during Black History Month. For the previous two years, the committee hosted Black History trivia night. Another trivia night was scheduled for 2021 too, but plans were revised out of COVID-19 safety precautions.

It was a busy summer for the committee. It hosted a Juneteenth Street Fair, honored the Negro League Lebanon Clowns in July and hosted a 155th anniversary event at Pickett Chapel in August.

Finally, in September, the Capitol Theatre was the site of the committee’s largest annual fundraiser for the restoration project. At the time, Moss said that the intent of the event was to raise awareness as much as it was about raising money.

With 2021 drawing to a close, the committee is turning its attention to 2022 and the opportunities to continue its mission of serving the entire community by sponsoring worthwhile events that are historical, social and educational in nature.

First up in the new year is the committee’s annual Martin Luther King, Jr., Unity March and Motorcade on Jan. 15. Then, on Feb. 20, there will be a Black History Month celebration at the Capitol Theatre. More details will be made available.