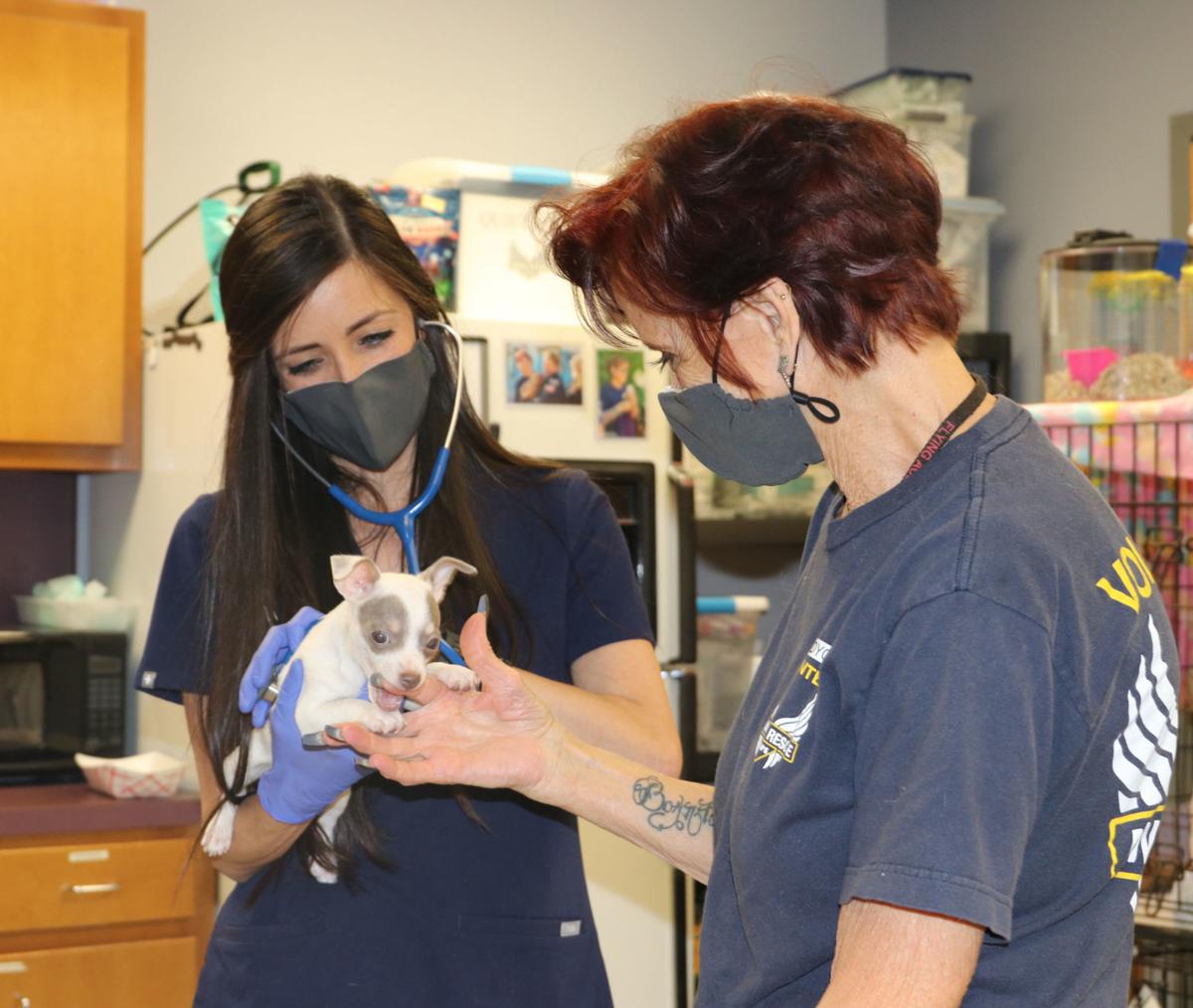 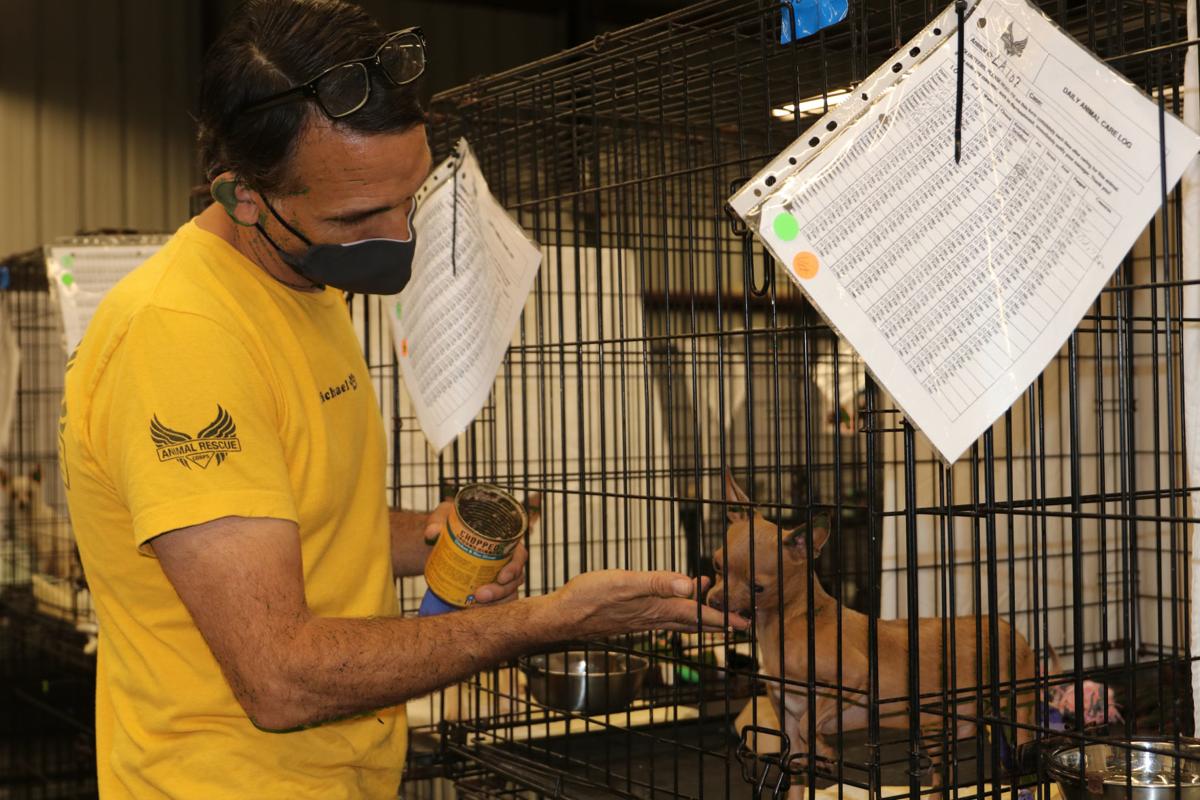 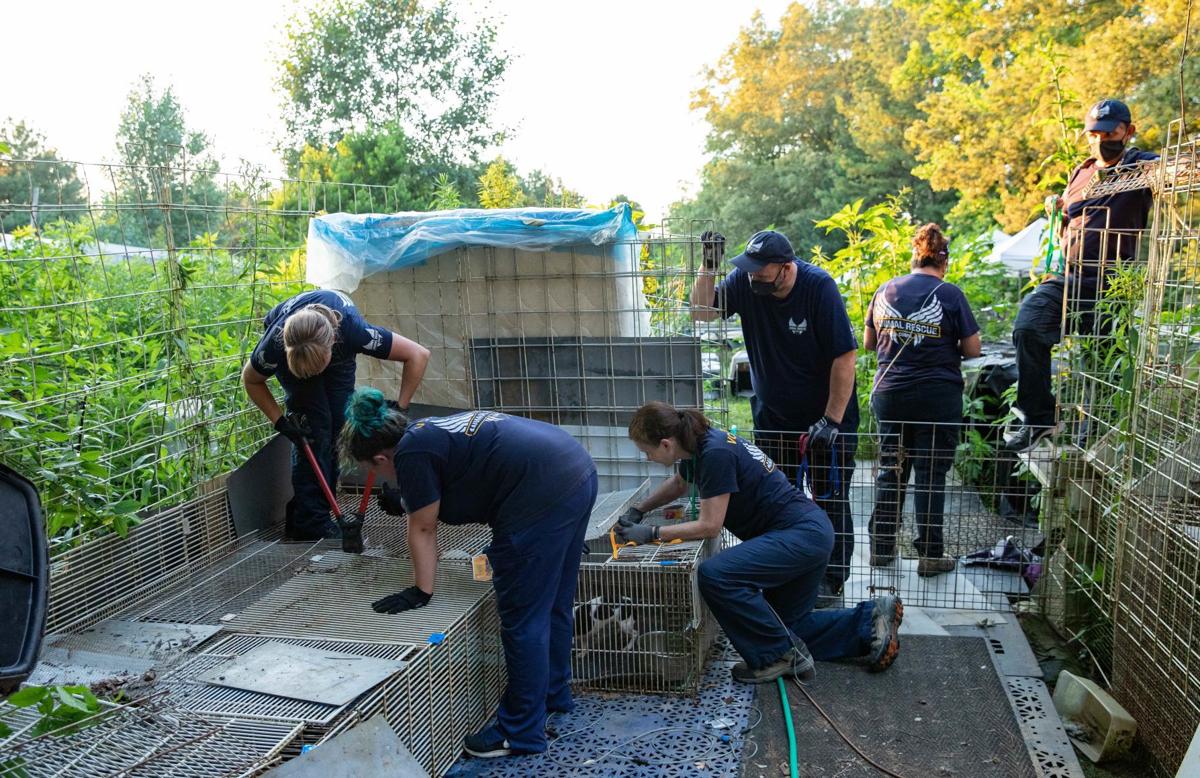 Animal Rescue Corps work to cut several dogs free from cages built over them during a rescue operation in Henry County that saw more than 600 animals surrendered.

Animal Rescue Corps work to cut several dogs free from cages built over them during a rescue operation in Henry County that saw more than 600 animals surrendered.

Volunteers in Lebanon are now caring for more than 600 animals rescued from a Buchanan home last week after the Henry County Sheriff’s Department found a toddler in a cage on the property.

The adults involved were arrested, while the child was placed in custody of Child Protective Services and the animals surrendered to the Animal Rescue Corps Operations Center in Lebanon.

“This is our only leased building,” ARC Public Information Officer Michael Cunningham said. “We’re not a shelter. We only work with law enforcement to handle live animal evidence in criminal cases. When the numbers are small officers can handle it, but at some point the law becomes unenforceable because there are too many.”

ARC found the animals from Buchanan living in poor conditions without proper care, and many had untreated wounds and diseases.

“Live animal evidence is different, because animals heal and get better,” Cunningham said. “People are charged for the condition of the animal when we found it, so it’s critical to document their care. We keep every nail we trim, every tick we pull away and every mat we pull out of their fur.”

ARC also works with a nationwide network of shelters to place the animals after they recover. Area volunteers come in throughout the week to socialize with them and provide treatment, and those interested can email volun teer@animalrescuecorps.org.

“For 15 years I worked with another of the volunteers, and we both got laid off in November,” volunteer Lisa Knight said. “This is my second day here … it’s about going and loving on the animals and doing some spot cleans.”

Knight said the animals grew noticeably friendlier after just a day, when before they were afraid of human hands and bit at people.

Veterinary volunteers like Alexa Ferrari also provide health care for every one of the animals.

“They get an intake exam on-site, and once we get them they go through examination here,” she said. “It’s overwhelming at first, especially making sure you examine the ones who got sick when it’s such a large case.”

Ferrari said many of them are afraid of people at first, and it can be difficult to coax them out.

“You have to take it slow and earn their trust,” she said. “It’s all about showing them you’re not the people who hurt them, the people they’re used to.”

Cunningham said ARC is about two thirds of the way through vetting, and plans to find shelters for the animals soon.

“We try not to place them in Tennessee because we want to relieve the pet overpopulation problem, so we’ll be moving a lot of them up north,” he said. “The mice will be some of the hardest to place. People have pet rats, but mice are harder.”

“When it isn’t a pandemic I’ll overstaff because it gets the animals more socialized and allows the community to be a part of it,” he said. “What I normally tell people is if you’ve got one working arm I can put you to work.”