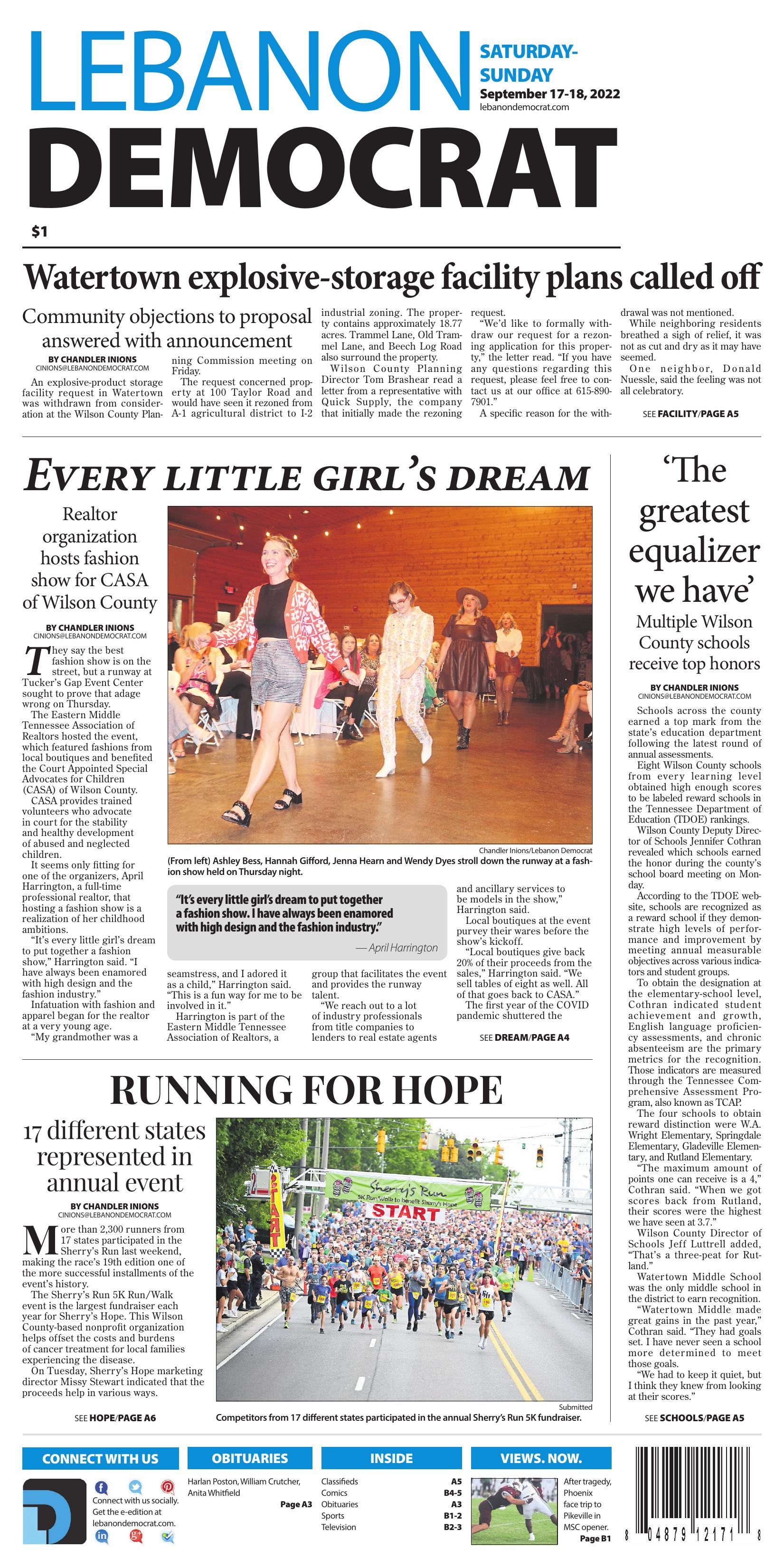 A requested rezoning for property in Watertown was withdrawn from consideration on Friday.

An explosive-product storage facility request in Watertown was withdrawn from consideration at the Wilson County Planning Commission meeting on Friday.

The request concerned property at 100 Taylor Road and would have seen it rezoned from A-1 agricultural district to I-2 industrial zoning. The property contains approximately 18.77 acres. Trammel Lane, Old Trammel Lane, and Beech Log Road also surround the property.

Wilson County Planning Director Tom Brashear read a letter from a representative with Quick Supply, the company that initially made the rezoning request.

“We’d like to formally withdraw our request for a rezoning application for this property,” the letter read. “If you have any questions regarding this request, please feel free to contact us at our office at 615-890-7901.”

A specific reason for the withdrawal was not mentioned.

While neighboring residents breathed a sigh of relief, it was not as cut and dry as it may have seemed.

One neighbor, Donald Nuessle, said the feeling was not all celebratory.

“I can tell you it was immediately a load off our minds,” Nuessle said. “It was a night-and-day distraction. As we met with the community, the universal feeling that we heard was breathing a sigh of relief and that they would sleep more comfortably.”

Nuessle indicated that he struggled with the implication that the community’s request to prevent Quick Supply from developing the land infringed upon the property owner’s right to do with their land as they pleased.

“The feeling is a bit double-edged,” Nuessle said. “We stood up and opposed a neighbor’s plan with what they wanted to do with their land. I wrestle with how to handle that and want to make contact with the homeowner to request forgiveness for disrupting his plans.”

The property in question is in Wilson County commissioner Terry Scruggs’ district. Last month, Scruggs joined the chorus of those speaking out against the proposal during the planning commission meeting.

At that time, concerns from the community ranged from various elements of safety impacts, between the increased traffic volumes that would inevitably follow the construction of a business out there to the prospect of something going wrong with the explosive stored on site.

“The general feeling from the community was that it extended property lines, could compromise safety for the community and the environment, and the loss of property values,” Nuessle said. “I don’t know that I would have objections to a lot of things that person might propose, but I would not like to see industrial zoning in this corridor. The appeal and charm of the area are that we don’t have big trucks and regular business coming in and out.”

(From left) Ashley Bess, Hannah Gifford, Jenna Hearn and Wendy Dyes stroll down the runway at a fashion show held on Thursday night.

April Harrington may be a full-time realtor, but once a year, she helps organize a fashion show with the Eastern Middle Tennessee Association of Realtors to support Court Appointed Special Advocates for Children of Wilson County.

Kandi McElhannon walks down the runway at a Thursday fashion show to support Court Appointed Special Advocates for Children of Wilson County.

They say the best fashion show is on the street, but a runway at Tucker’s Gap Event Center sought to prove that adage wrong on Thursday.

The Eastern Middle Tennessee Association of Realtors hosted the event, which featured fashions from local boutiques and benefited the Court Appointed Special Advocates for Children (CASA) of Wilson County.

CASA provides trained volunteers who advocate in court for the stability and healthy development of abused and neglected children.

It seems only fitting for one of the organizers, April Harrington, a full-time professional realtor, that hosting a fashion show is a realization of her childhood ambitions.

“It’s every little girl’s dream to put together a fashion show,” Harrington said. “I have always been enamored with high design and the fashion industry.”

Infatuation with fashion and apparel began for the realtor at a very young age.

“My grandmother was a seamstress, and I adored it as a child,” Harrington said. “This is a fun way for me to be involved in it.”

Harrington is part of the Eastern Middle Tennessee Association of Realtors, a group that facilitates the event and provides the runway talent.

“We reach out to a lot of industry professionals from title companies to lenders to real estate agents and ancillary services to be models in the show,” Harrington said.

Local boutiques at the event purvey their wares before the show’s kickoff.

“Local boutiques give back 20% of their proceeds from the sales,” Harrington said. “We sell tables of eight as well. All of that goes back to CASA.”

The first year of the COVID pandemic shuttered the annual event’s doors, but in 2021, the fashion show raised just shy of $20,000.

“We did not do one in 2020, so when we got back together in 2021, it was a banner year,” Harrington said. “That was the highest amount that we have ever raised. If you get 240 women together with a bunch of super-cute clothes, they will get bought. It’s an easy sale once you get everyone in the room.”

Thursday’s event did not sell as many tables as last year. Harrington indicated that two fewer tables were reserved. She is hoping to make it up in sales from the vendors.

Since the event began several years ago, it has helped aid the CASA mission. It has grown considerably over that time. On Thursday, Wilson County CASA executive director Cathey Sweeney indicated that the first event raised about $4,000.

“We were delighted,” Sweeney said.

The executive director remarked of how the event has helped in more ways than one.

“Last year, April asked how much money we owe on our mortgage at CASA,” Harrington said. “I said, ‘$19,200, but who’s counting,’ and they made that their goal.”

Although the fundraiser came up a little short, Sweeney mentioned that the organization’s community involvement committee dipped into their own pockets and made up the difference.

More than 2,300 runners from 17 states participated in the Sherry’s Run last weekend, making the race’s 19th edition one of the more successful installments of the event’s history.

The Sherry’s Run 5K Run/Walk event is the largest fundraiser each year for Sherry’s Hope. This Wilson County-based nonprofit organization helps offset the costs and burdens of cancer treatment for local families experiencing the disease.

“The tremendous support of the community will allow the organization to provide financial assistance and emotional support for families in Wilson County and surrounding communities who are battling a cancer diagnosis and treatment,” Stewart said.

The marketing director mentioned that the organization was thrilled with the turnout.

“(Sherry’s Run) was the busiest spot in Lebanon on Saturday morning,” Stewart said.

More than 500 people volunteered to help set up and organize the event, which set off from the intersection of West Main Street and North Castle Heights Avenue in Lebanon. There were 377 chip-time runners competing in the event.

Stewart indicated that at least 75 cancer survivors and their families visited the Sherry’s Hope Survivor Tent, where they were treated with breakfast and goodies from the event sponsors.

Outside of the actual winners, each year, Sherry’s Run recognizes different groups for their contributions and participation. There were 127 teams in total that participated, but one team took home much of the fanfare.

Team Joe/Go Joe, named in honor of the memory of Joe Widick, dominated those groups of accolades, taking home the prize for most team members, most money raised, and the team T-shirt competition.

The group recognized for most team spirit was Crissy’s Crew.

As for the actual race, Minna Singer beat out every other female for the top spot in that category. Nathan Mangrum was the overall male winner.

Schools across the county earned a top mark from the state’s education department following the latest round of annual assessments.

Wilson County Deputy Director of Schools Jennifer Cothran revealed which schools earned the honor during the county’s school board meeting on Monday.

According to the TDOE website, schools are recognized as a reward school if they demonstrate high levels of performance and improvement by meeting annual measurable objectives across various indicators and student groups.

To obtain the designation at the elementary-school level, Cothran indicated student achievement and growth, English language proficiency assessments, and chronic absenteeism are the primary metrics for the recognition. Those indicators are measured through the Tennessee Comprehensive Assessment Program, also known as TCAP.

“The maximum amount of points one can receive is a 4,” Cothran said. “When we got scores back from Rutland, their scores were the highest we have seen at 3.7.”

Watertown Middle School was the only middle school in the district to earn recognition.

“Watertown Middle made great gains in the past year,” Cothran said. “They had goals set. I have never seen a school more determined to meet those goals.

“We had to keep it quiet, but I think they knew from looking at their scores.”

In addition to the four previously-mentioned indicators, high schools are evaluated on graduation rates and the ready graduate rate, or the rate at which students graduate while also achieving milestones associated with college and career readiness.

There were three high schools in the district that were recognized. Cothran explained that the high school level has additional components that must be met.

High schools, in addition to these four indicators, are also evaluated on graduation rate and ready graduate rate, or the rate at which students graduate while achieving milestones associated with college and career readiness.

The ready-graduate element measures success no matter what the student chooses to do after high school.

“Are we helping make students successful regardless if it’s college or career when they leave,” Cothran said. “This is a testament that when kids walk out of our high schools, they are ready to perform.”

Advancing districtUnder Tennessee’s accountability system, districts are expected to increase achievement levels for all students and demonstrate student growth across all student groups. Districts are assessed on their performance across six performance indicators similar to those metrics at the school level.

The district was recognized as an advancing district, which means that it received an overall score greater than 2.1 but less than 3.1 on the four-point scale.

He boiled it down as his administration and office’s top priority.

“The most important thing we are going to do tomorrow is give that kid an opportunity to learn the skills and academics necessary to help them be able to achieve their dreams,” Luttrell said. “That’s what education is. It’s the greatest equalizer we have.” 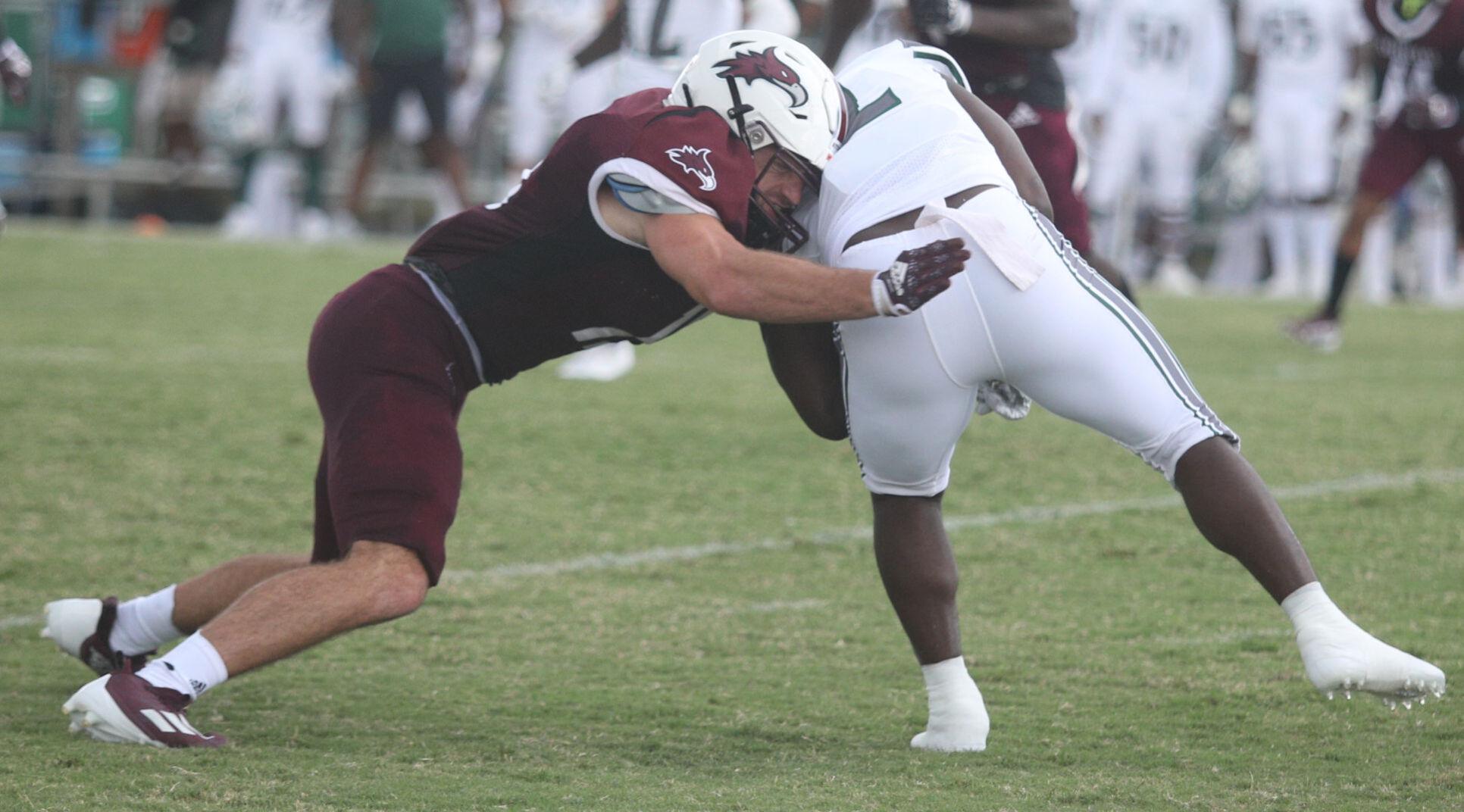