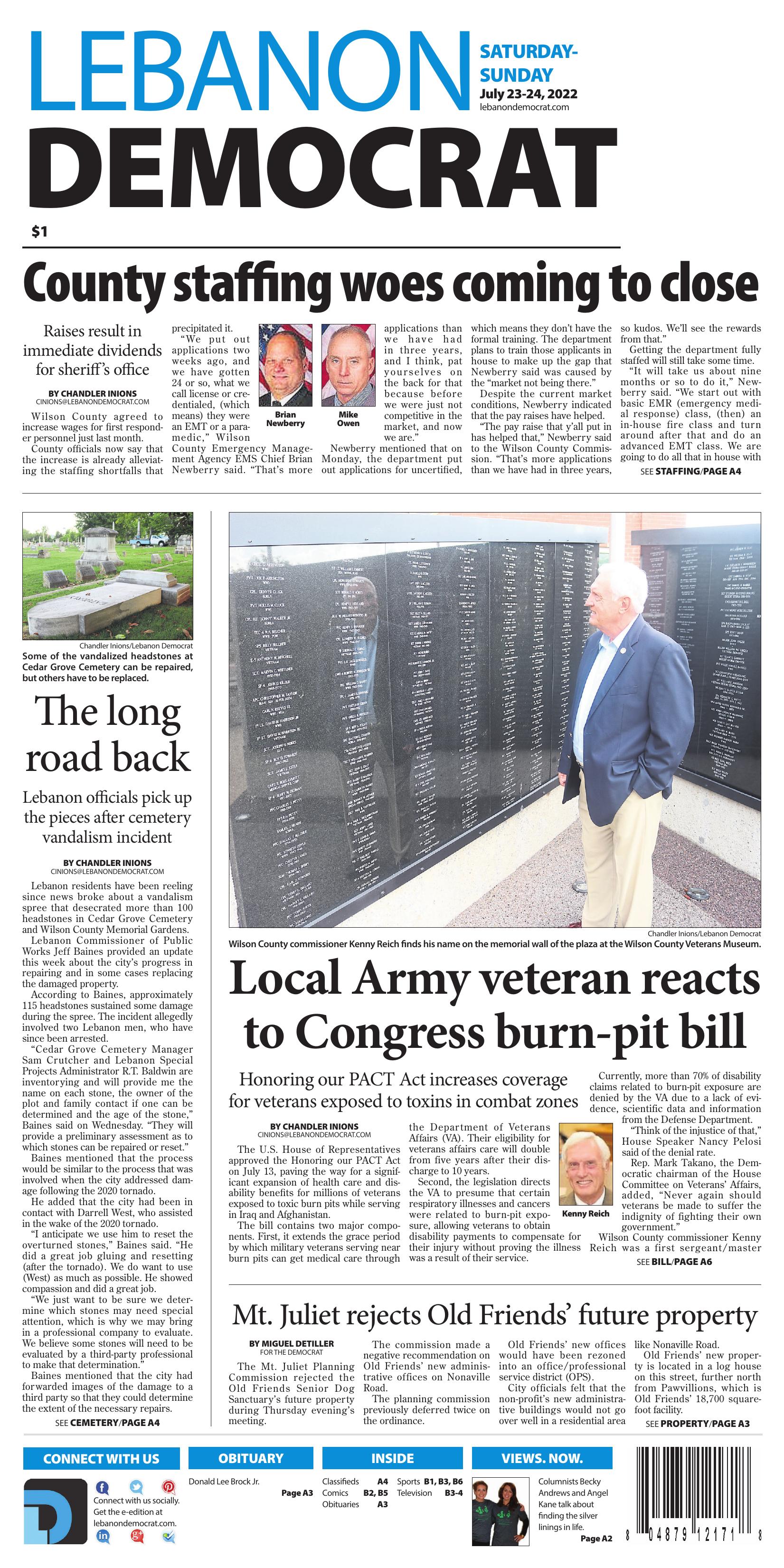 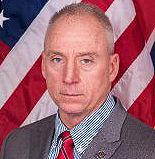 County officials now say that the increase is already alleviating the staffing shortfalls that precipitated it.

“We put out applications two weeks ago, and we have gotten 24 or so, what we call license or credentialed, (which means) they were an EMT or a paramedic,” Wilson County Emergency Management Agency EMS Chief Brian Newberry said. “That’s more applications than we have had in three years, and I think, pat yourselves on the back for that because before we were just not competitive in the market, and now we are.”

Newberry mentioned that on Monday, the department put out applications for uncertified, which means they don’t have the formal training. The department plans to train those applicants in house to make up the gap that Newberry said was caused by the “market not being there.”

Despite the current market conditions, Newberry indicated that the pay raises have helped.

“The pay raise that y’all put in has helped that,” Newberry said to the Wilson County Commission. “That’s more applications than we have had in three years, so kudos. We’ll see the rewards from that.”

Getting the department fully staffed will still take some time.

“It will take us about nine months or so to do it,” Newberry said. “We start out with basic EMR (emergency medial response) class, (then) an in-house fire class and turn around after that and do an advanced EMT class. We are going to do all that in house with our own instructors, with some outside help on the advanced class. We hope that it has more buy in. We will have mentors assigned to them to push them along.”

Things are looking up at the Wilson County Sheriff’s Office too.

Deputy chief Mike Owen indicated in his report to the commission that the pay raises had resulted in significant application increases for his department.

“It showed immediate dividends for the sheriff’s office,” Owen said. “We were down 21 correctional officers when the sheriff spoke to y’all the last time.”

Owen mentioned that the department received 11 applications during the entire month of June.

“As of today (July 18), we have received 39 applications processing since July 1,” Owen. “They are still coming in. We are only down 13 correctional officers. We have hired five for next week already. I’m hoping by the first of September, we have a fully staffed correction division.”

“I appreciate what (the county commission) did,” Owen said. “It has been a huge help.”

Wilson County commissioner Kenny Reich finds his name on the memorial wall of the plaza at the Wilson County Veterans Museum.

The U.S. House of Representatives approved the Honoring our PACT Act on July 13, paving the way for a significant expansion of health care and disability benefits for millions of veterans exposed to toxic burn pits while serving in Iraq and Afghanistan.

The bill contains two major components. First, it extends the grace period by which military veterans serving near burn pits can get medical care through the Department of Veterans Affairs (VA). Their eligibility for veterans affairs care will double from five years after their discharge to 10 years.

Second, the legislation directs the VA to presume that certain respiratory illnesses and cancers were related to burn-pit exposure, allowing veterans to obtain disability payments to compensate for their injury without proving the illness was a result of their service.

Currently, more than 70% of disability claims related to burn-pit exposure are denied by the VA due to a lack of evidence, scientific data and information from the Defense Department.

“Think of the injustice of that,” House Speaker Nancy Pelosi said of the denial rate.

Rep. Mark Takano, the Democratic chairman of the House Committee on Veterans’ Affairs, added, “Never again should veterans be made to suffer the indignity of fighting their own government.”

Wilson County commissioner Kenny Reich was a first sergeant/master sergeant when he left the Army more than a decade ago. During the 2000s, Reich spent time at Camp Falcon in Baghdad, Iraq. Camp Al-Saqr, referred to by some media sources as Camp Falcon, was a United States military forward operating base in Iraq a short distance outside Baghdad.

While Reich indicated that he has not experienced respiratory illnesses commonly attributed to burn-pit exposure, he has had some issues he described as “GI-problems.”

“I went to the VA, but was turned down for the burn pit,” Reich said. “I can’t really say that my problems have been respiratory. They are more GI (gastrointestinal) problems. They started in Iraq, and they still exist.”

The county commissioner remarked that he believes the burn pit exposures will eventually bear a legacy akin to Agent Orange, the herbicide mixture used by the U.S. military during the Vietnam War that has since had harmful health effects on veterans and civilians that were exposed.

The bill is projected to increase federal spending by about $283 billion over 10 years and does not include offsetting spending cuts or tax increases to help pay for it.

U.S. Congressman John Rose voted against the Honoring our PACT Act. In a statement, Rose said, “Our veterans deserve to have their health care fully funded without having to borrow the money to pay for it from China, which would add to our already massive $30-plus-trillion national debt, drive record-breaking inflation even higher, and destroy the very country for which they sacrificed so much.”

Rose indicated that the intentions were good for the pact.

“I support the intentions of the PACT Act but could not vote for a bill that increases the debt by $277 billion and puts $667 billion of additional spending on autopilot as Tennesseans struggle to make ends meet,” Rose said. “Congress should have found a better way to fund this expansion of eligibility by using unspent COVID funds or revenue already in the treasury to show our veterans the respect they deserve instead of mortgaging the future of the country they fought to preserve.”

“We’re undermining the sacrifice of the very veterans that we say that we are helping with this measure by not doing it fiscally responsible,” Roy said.

Maybe getting veterans the help they need is a little more important than playing politics.

The commission made a negative recommendation on Old Friends’ new administrative offices on Nonaville Road.

The planning commission previously deferred twice on the ordinance.

Old Friends’ new offices would have been rezoned into an office/professional service district (OPS).

City officials felt that the non-profit’s new administrative buildings would not go over well in a residential area like Nonaville Road.

Old Friends’ new property is located in a log house on this street, further north from Pawvillions, which is Old Friends’ 18,700 square-foot facility.

The nonprofit intended on moving its marketing and fundraising staff to Old Friends’ log house.

Commission members were concerned that the rezoning would affect the stormwater near the log house.

Planning director Luke Winchester said that if Nonaville Road gets realigned for Old Friends’ future property, it will have a consumer amount of runoff from the stormwater.

“It is not prudent for us to take the stormwater off of the log house’s parking lot,” said Winchester.

Jessica Gore, the principal of Para Design LLC (a local engineering group and developer for Old Friends’ new administrative buildings), assured the commission that they will follow the city’s stormwater guidelines.

However, Mt. Juliet Public Works Director Andy Barlow said that the driveway needed to be realigned so that it could match Mt. Juliet’s standards for a commercial property.

Resident Julie Hambrick said that she did not like the commission’s negative recommendation, because having the Old Friends’ new offices near her property on Nonaville Road is something that she and her husband, Brad, prefer to see in their community.

Gore said that the developers will still give out a public notice on the development to the Mt. Juliet Board of Commissioners in less than a month.

Commission member Darin Cunningham said that short-term rentals are everywhere, all throughout Mt. Juliet, especially those that are illegally operated there.

“I would challenge anybody on their phones to go to Airbnb and type in Mt. Juliet for next weekend,” said Cunningham. “It is mind-blowing how many homes are being rented through Airbnb.”

City attorney Gino Marchetti said that the city had an incident involving a particular Airbnb rental home in which it forced Airbnb to pay a $500 fine for not following Mt. Juliet’s short-term rental guidelines.

Marchetti said that Airbnb shut down that house after it was rented over the weekend.

Cunningham said that if any Mt. Juliet resident is aware of a short-term rental property operated illegally, they can let the city know and show the city where that property is located.

Lebanon
The long road back

Lebanon residents have been reeling since news broke about a vandalism spree that desecrated more than 100 headstones in Cedar Grove Cemetery and Wilson County Memorial Gardens.

Lebanon Commissioner of Public Works Jeff Baines provided an update this week about the city’s progress in repairing and in some cases replacing the damaged property.

According to Baines, approximately 115 headstones sustained some damage during the spree. The incident allegedly involved two Lebanon men, who have since been arrested.

“Cedar Grove Cemetery Manager Sam Crutcher and Lebanon Special Projects Administrator R.T. Baldwin are inventorying and will provide me the name on each stone, the owner of the plot and family contact if one can be determined and the age of the stone,” Baines said on Wednesday. “They will provide a preliminary assessment as to which stones can be repaired or reset.”

Baines mentioned that the process would be similar to the process that was involved when the city addressed damage following the 2020 tornado.

He added that the city had been in contact with Darrell West, who assisted in the wake of the 2020 tornado.

“I anticipate we use him to reset the overturned stones,” Baines said. “He did a great job gluing and resetting (after the tornado). We do want to use (West) as much as possible. He showed compassion and did a great job.

“We just want to be sure we determine which stones may need special attention, which is why we may bring in a professional company to evaluate. We believe some stones will need to be evaluated by a third-party professional to make that determination.”

Baines mentioned that the city had forwarded images of the damage to a third party so that they could determine the extent of the necessary repairs.

“The actual broken stones are the ones we need to evaluate to repair versus replace,” Baines said. “I am confident there are several that cannot be repaired, and I would like the opinion of someone with experience with this situation.”