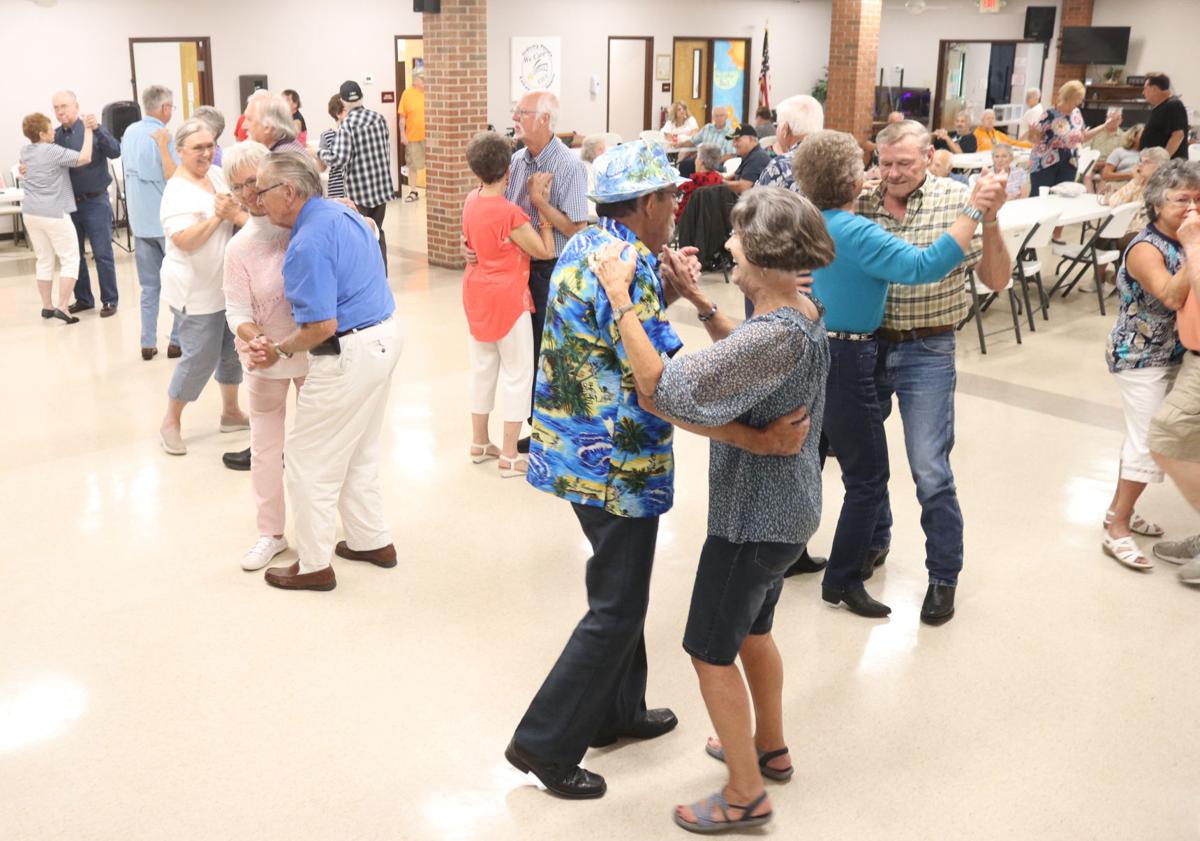 Members of the Lebanon Senior Center dance at the July birthday celebration event hosted at the center on Thursday. This was the first time since the pandemic that the monthly birthday party was able to be held. 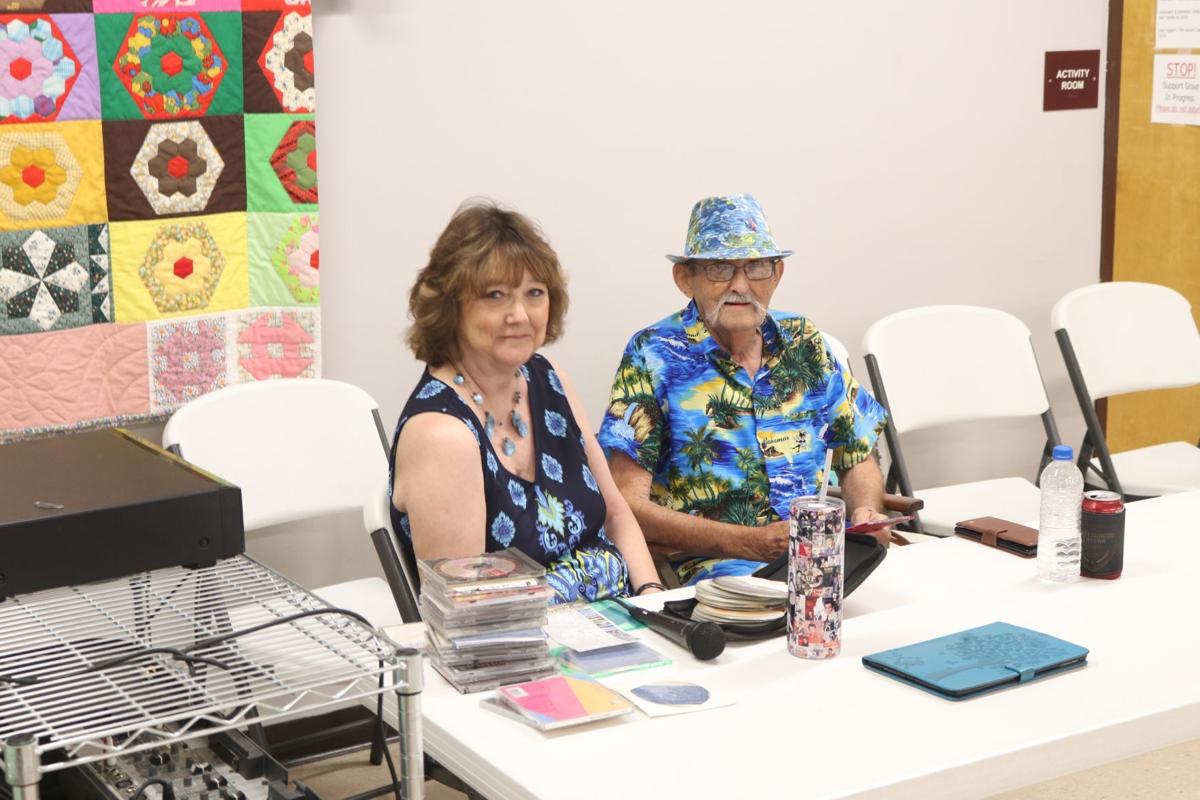 DJs Cheryl Bean and Joe Carter provide the musical selections for the dance party Thursday at the senior center.

Members of the Lebanon Senior Center dance at the July birthday celebration event hosted at the center on Thursday. This was the first time since the pandemic that the monthly birthday party was able to be held.

DJs Cheryl Bean and Joe Carter provide the musical selections for the dance party Thursday at the senior center.

For the first time since the pandemic, the Lebanon Senior Center was able to resume a monthly tradition — the collective birthday celebration with all the fixings and music to boot.

Prior to the lockdowns and restrictions of social gatherings, the senior center would recognize members each month who were having a birthday by throwing a party at its campus on Coles Ferry Pike. Lebanon Senior Center Executive Director Patti Watts said Wednesday event drew “the largest crowd since we reopened on April 1.”

Watts said members were ecstatic to be celebrating again and that membership numbers were returning to normal.

“We see someone new almost every day,” she said. “We’ve probably had five new faces today.”

What would a party be without a crowd and some good tunes? The center set up a dance floor and had two DJs providing music, so that after lunch, members could get up and boogie, with some line dancing, and a little slow dancing at times, too.

The DJs were Cheryl Bean and Joe Carter.

Watts estimated that there were about 12 July birthdays in the building, explaining it wasn’t exclusively reserved for people with birthdays this month. “You gotta have friends with you to celebrate,” she said.

One of the birthday girls, Suesann Neal, won’t actually have a birthday until July 29, when the Lebanon resident will turn 70. She said felt “thankful and blessed,” to be able to celebrate with her friends after missing out on a real birthday celebration last year.

Meanwhile, Jim Markham, of Mt. Juliet, turned 90 on July 2. Markham said, “It’s refreshing to be around friends, you better believe it.”

Markham said that last year, his children came by his house and dropped off gifts, commemorating the day in a safe manner given the uncertainties surrounding the pandemic, but he was happy to be back at the senior center. “This is just a wonderful place to come together.”

For the party, after the main course lunch was served, a special birthday cake and ice cream combination, donated by First Freedom Bank in Lebanon, was doled out. Watts said it really helped make it feel like a party.

First Freedom has sponsored the center’s birthday celebrations since 2006 when the bank opened. Senior Vice President Maliea Oakley said, “We felt it was a well deserved center and loved how it supported the seniors in our community, so we felt like it was a great thing for us to get involved in.”

Oakley commended the staff at the center, calling them a “pleasure to work with,” but said the real gift was knowing the members were enjoying the cake and ice cream treat.

During the pandemic, First Freedom Bank didn’t stop the program. “We would take the cake and put it in their to-go lunches, so we were really excited to hear the center would be back up and going.”