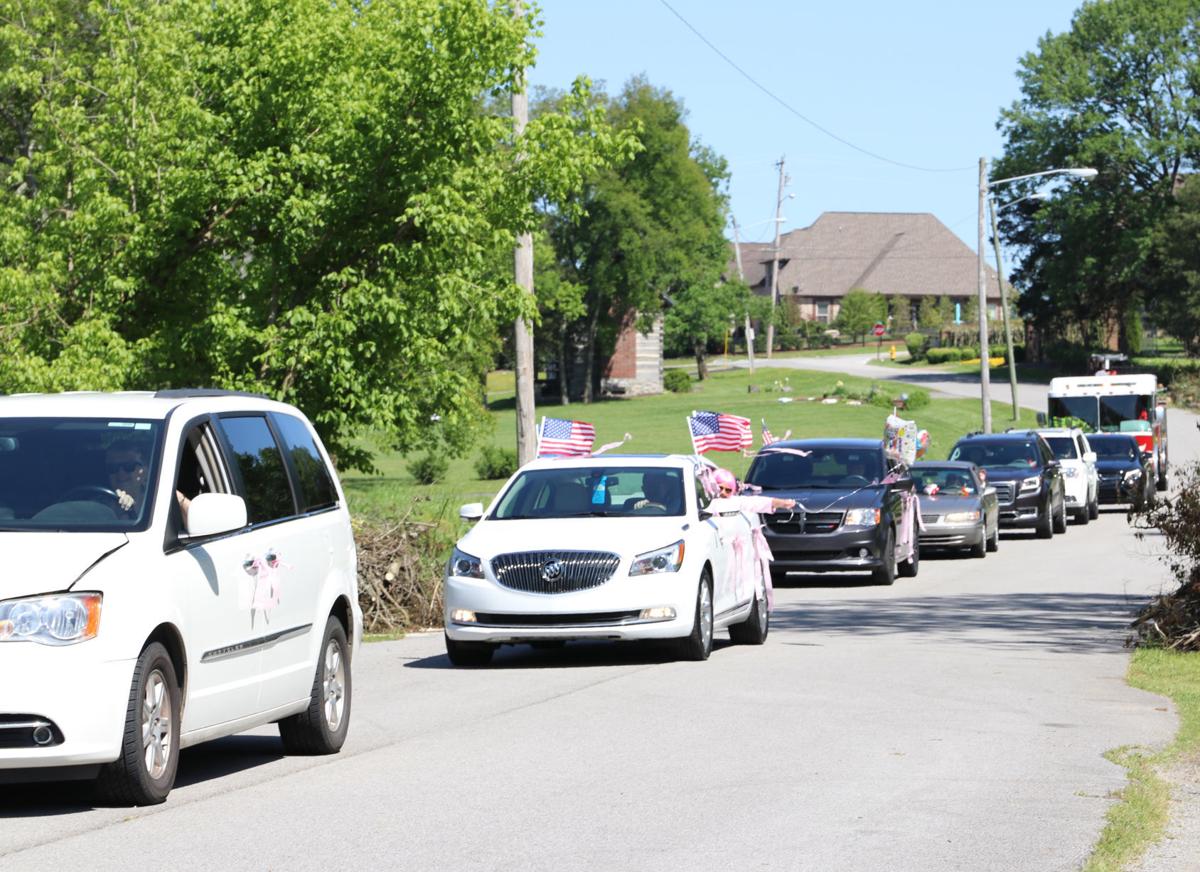 The Lebanon Fire Department brings up the rear in a birthday parade for Sharon Kerr, with firefighters offering their rendition of “Happy Birthday” as they pass. 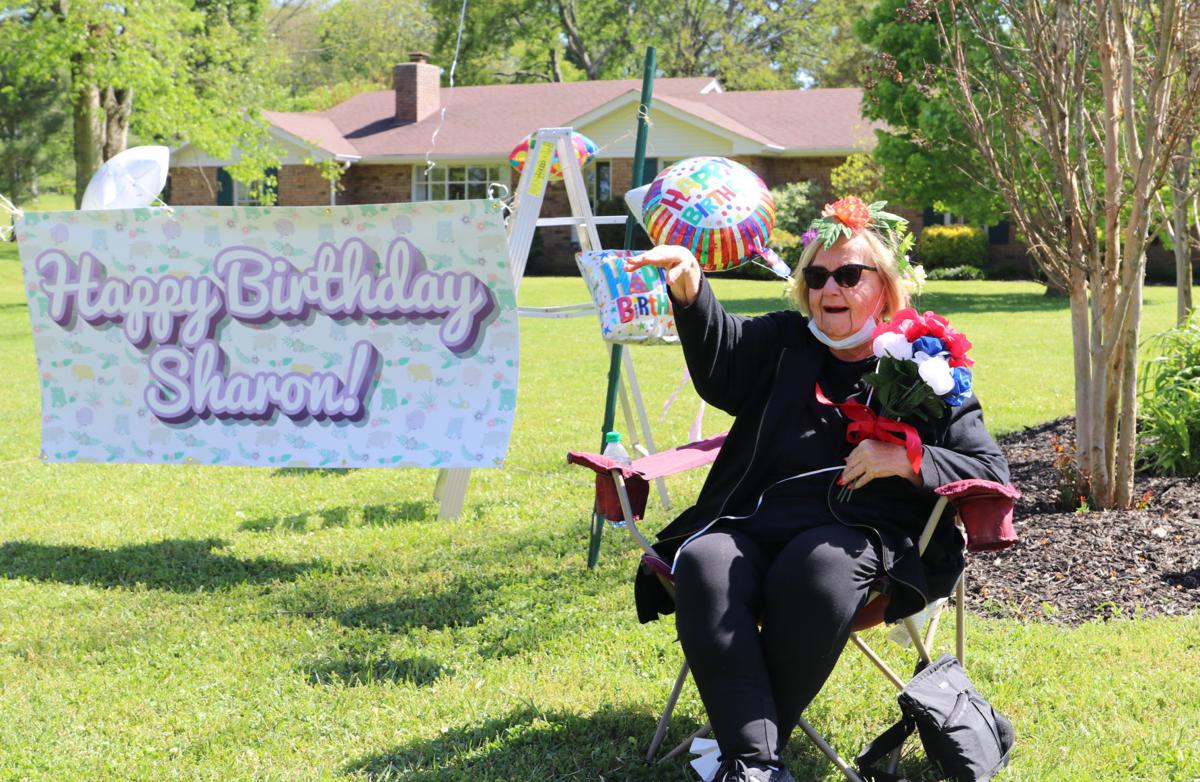 Lebanon resident Sharon Kerr celebrates her 80th birthday, waving at friends, family and first responders who organized a drive-by parade for her. 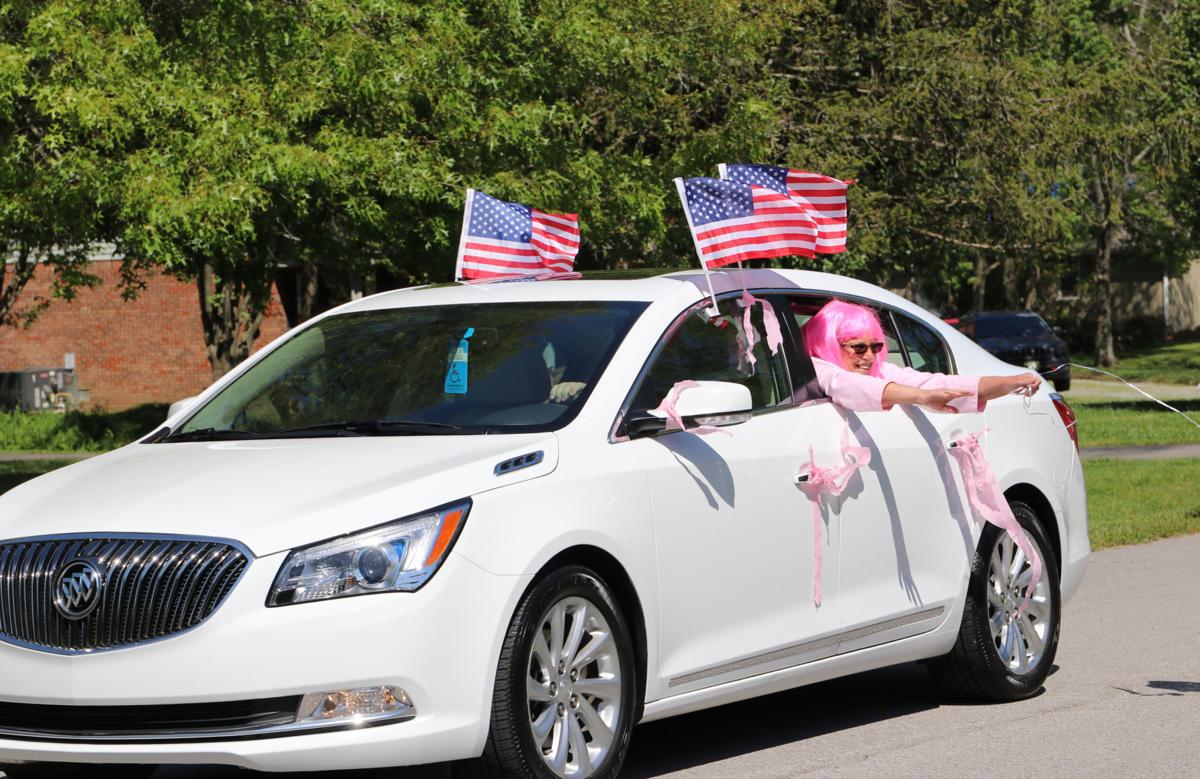 The Lebanon Fire Department brings up the rear in a birthday parade for Sharon Kerr, with firefighters offering their rendition of “Happy Birthday” as they pass.

Lebanon resident Sharon Kerr celebrates her 80th birthday, waving at friends, family and first responders who organized a drive-by parade for her.

Lebanon resident Sharon Kerr often joked with her friends and family that she needed a parade on her 80th birthday — so they made it happen.

The surprise party allowed Kerr to see her friends from Cook’s United Methodist Church, her water aerobics classes and more for the first time since sheltering at home from COVID-19, all from a safe distance.

“My heart came up in my throat, I was just so shocked,” Kerr said. “When I realized what was happening, I can’t tell you … my heart is just so full, happy and elated. I can’t believe it has turned out as beautiful as it has.”

Kerr’s sister Mary Probst helped distract her before the parade, which kicked off with a siren signal from the Lebanon Police Department and ended with the Lebanon Fire Department’s take on “Happy Birthday.”

“To see people that I hadn’t seen in two months, and some I hadn’t seen in six months or more was amazing,” Kerr said. “I’ve been able to talk to some of them, and my church people I’ve had Sunday school Zoom class with … but it’s not the same as seeing them face to face. When I saw Pat and Louise from our water aerobics, I just wanted to get up and give them a hug so bad.”

Kerr said the social isolation has been the main difference for her as a retiree over the last few months, so the party lifted her spirits at a time when she had been feeling down.

“I never dreamed we’d have all those other people, and of course not the police department and the fire department,” she said. “That is just above and beyond what I ever imagined.”

Probst said the party was planned over two to three weeks alongside Gloria Kirkland, a friend of Kerr’s from church.

“I told her, you take care of getting the Sunday school people here and anybody else that you can think of from church, and I’ll take care of everybody else,” Probst said. “We’ve been sisters long enough to know that you just go along with whatever happens, so I told her, ‘I’m going to come pick you up around 3 p.m. and you can’t ask me any questions.’ ”

Probst’s husband Bill asked the fire department to get involved a week ahead of the party after a suggestion from Kirkland, but the Lebanon Police Department were unexpected guests.

“What the deal was with them is, we didn’t call in advance, we called this morning,” Bill Probst said. “They said, ‘we need a little bit more notice’ … so I called back about 1:30 today and said, ‘Hey, we’re about to start. If anybody’s in the neighborhood can they swing by?’ ”

Kerr said the party was the first time she had been excited to celebrate a birthday since turning 70.