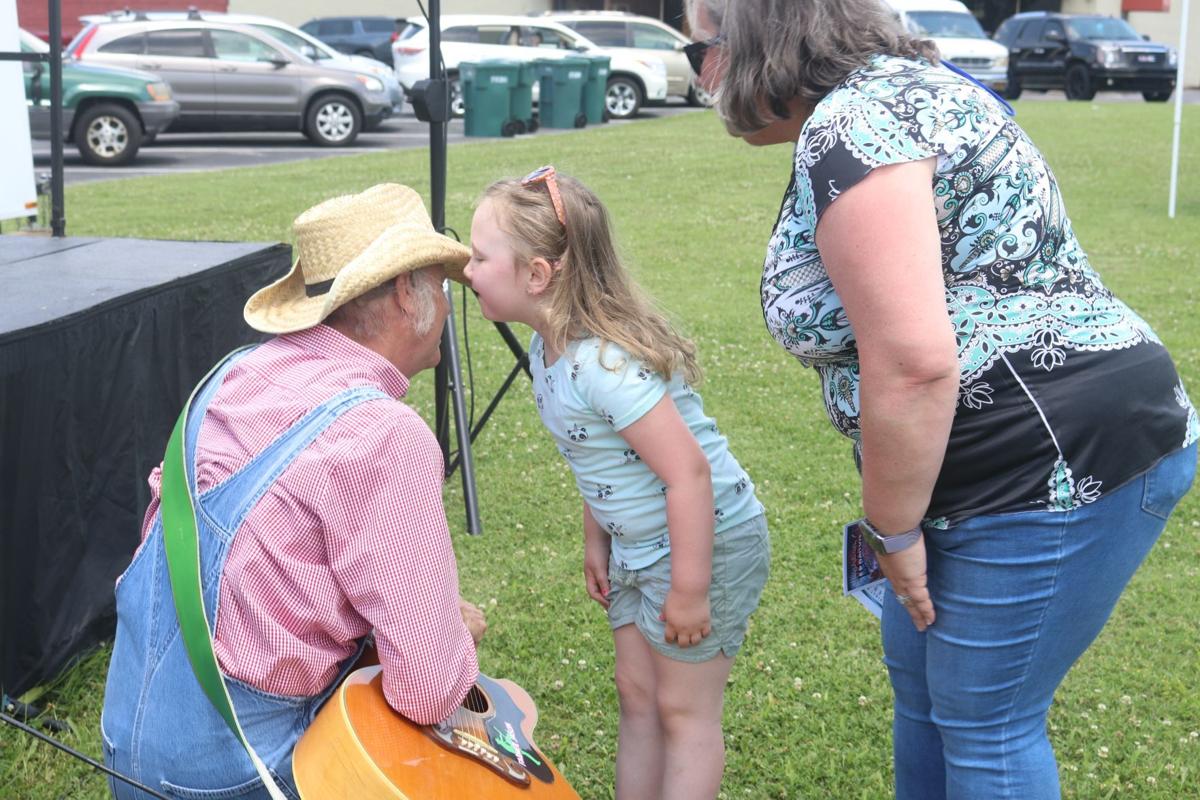 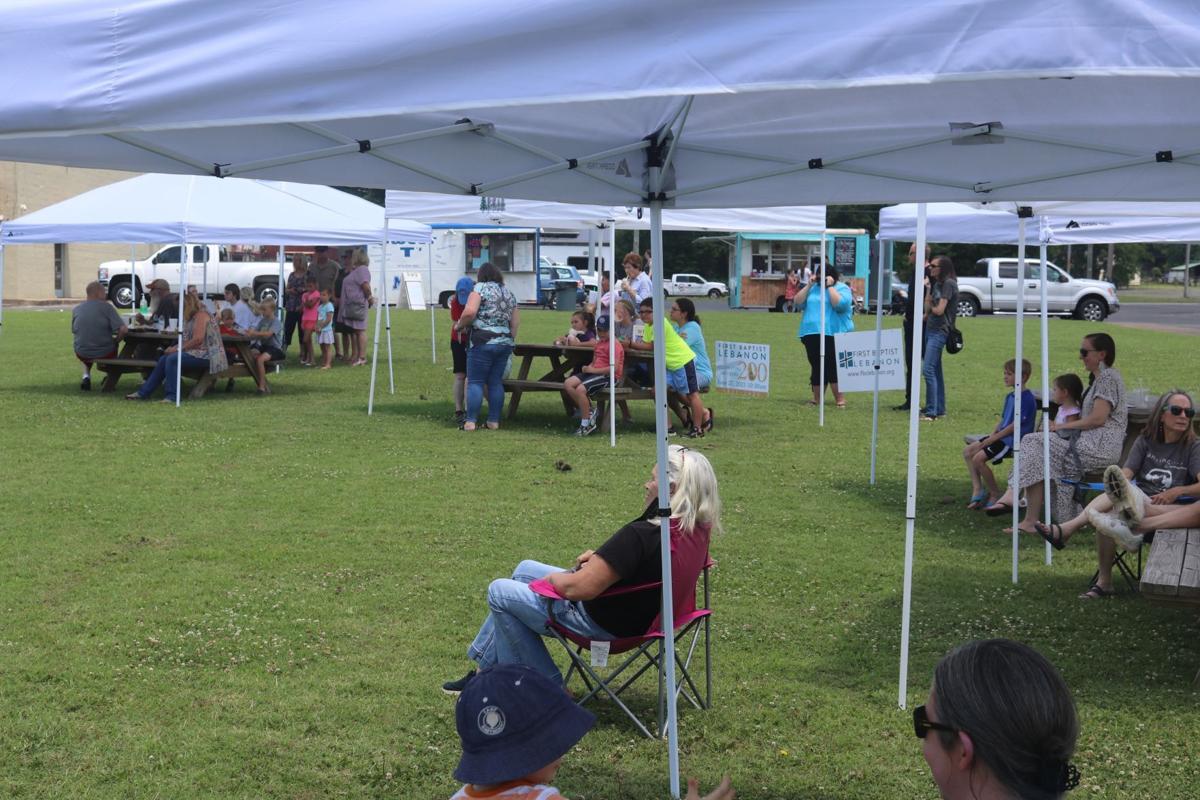 Lebanon’s Music on Main Spring Music Series concluded Thursday with a performance from “Farmer Jason” Ringenberg. He is a classic guitar picker with the ability to improvise songs based on crowd suggestions.

On the lawn at First Baptist Church of Lebanon in downtown Lebanon, Ringenberg delighted a sizable crowd of children and adults alike.

In one of his signature talents, Ringenberg takes requests from audience members about different kinds of animals. Then, he crafts a melody describing that animal without saying its name until the very end, when his rhyming clues give way to the answer, and the entire crowd chants back.

Ringenberg challenged children in the audience to come up with creative animals and the children did not disappoint. And yet, Farmer Jason still found a way to make a song rhyme with flamingo.

Lebanon City Councilor Camille Burdine mentioned at the city council meeting Tuesday that Ringenberg’s show would not want to be missed.

“It’s one of my favorite local acts,” she said, “I think it’ll be a great performance for everyone.”

Burdine was among the crowd clapping and singing on Thursday. She invited some friends from Mt. Juliet to attend. The group was composed of recent Wilson County transplants who, according to the councilor, have fallen in love with the small town feel that Lebanon offers.

Not only that, Burdine and the family spent the rest of the day visiting boutiques and shopping on the square. As Burdine put it, the concert is a great way to get people downtown, and the square’s charm does the rest.

Of the musicians and attendance, Parks said, “The artists were well received and I felt we drew a good crowd each week.”

Parks added that it also presented a “chance for our local food trucks to come back after a hard year from the pandemic.”

What would a concert be without concessions? Multiple food trucks set up in the parking lot, and provided beverages and food for the concertgoers. One of the trucks, Yia-Ghee’s Tea Party, was being operated by Laurie Sparkman-Grissom and owner, Stacey Grissom. The company serves bubble tea among other drinks.

Sparkman-Grissom said of the event, “We’re so happy to be part of this community.”

Her family has been in Lebanon for over 200 years and even has a claim to a two-century farm.

She said that the company’s goal “was to bring people together after COVID one drink at a time.”

She was delighted to be a part of the cultural experience and remarked how much she admired the way that folks in Lebanon stand behind each other through thick and thin.

Another food truck purveyor, Heartle Wells, brought his shaved ice truck out to the concert. It was his first time at the music series, but he said when the Lebanon Wilson County Chamber of Commerce contacted him about coming out for the show, he was more than thrilled.

He said his shaved ice offers reprieve from the heat for concertgoers and that kids love all the different flavors.

“It’s a great way to cool off when it’s hot like it is today,” he said.

For a more filling meal, Sweet T’s BBQ, Ribs and Wings was on site as well. Owner, Tony Gaines, said that although he lives in Rutherford County, he is enamored with the Lebanon area and wants to participate in more events like the concert series.

He prizes his food truck’s mobility and what it allows him to do.

“I can take my product to the people,” he said. “It’s been a blessing for me.”