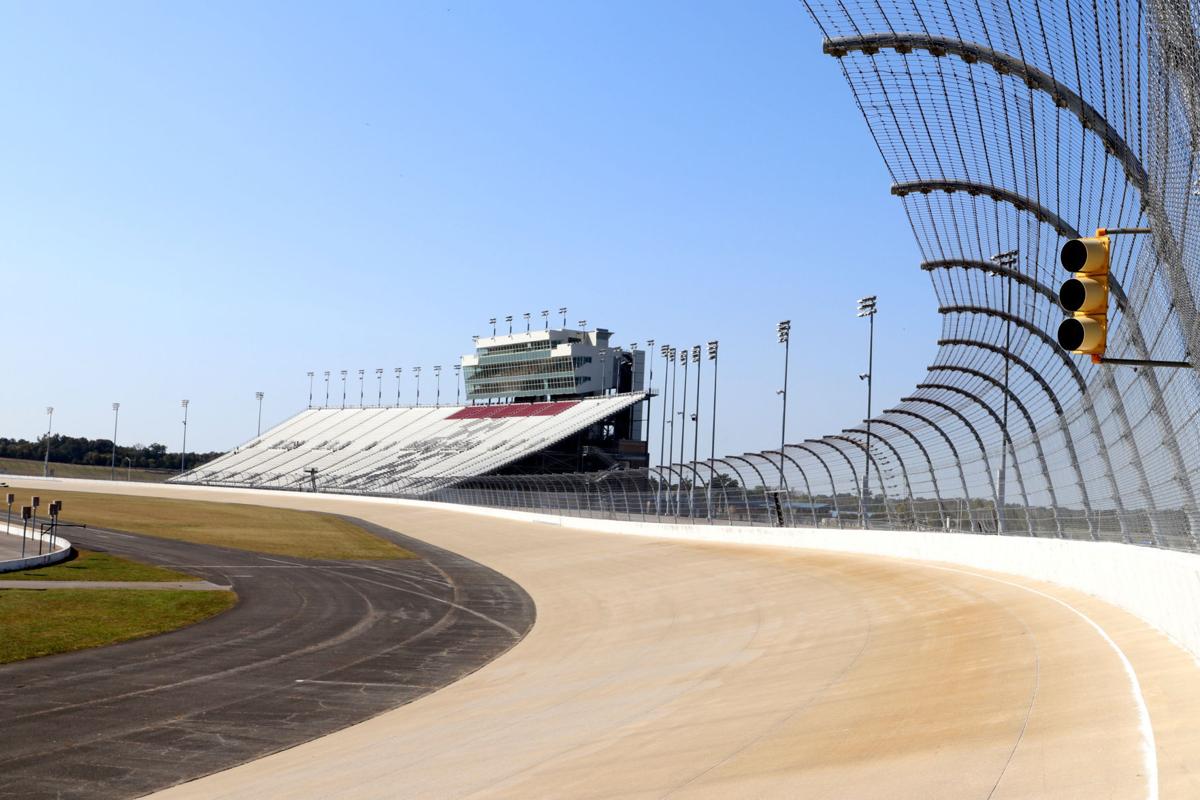 The Nashville Superspeedway plans to reopen for business with a NASCAR Cup Series race on June 20, 2021, and could also play host to community events like drive-in concerts in the future. 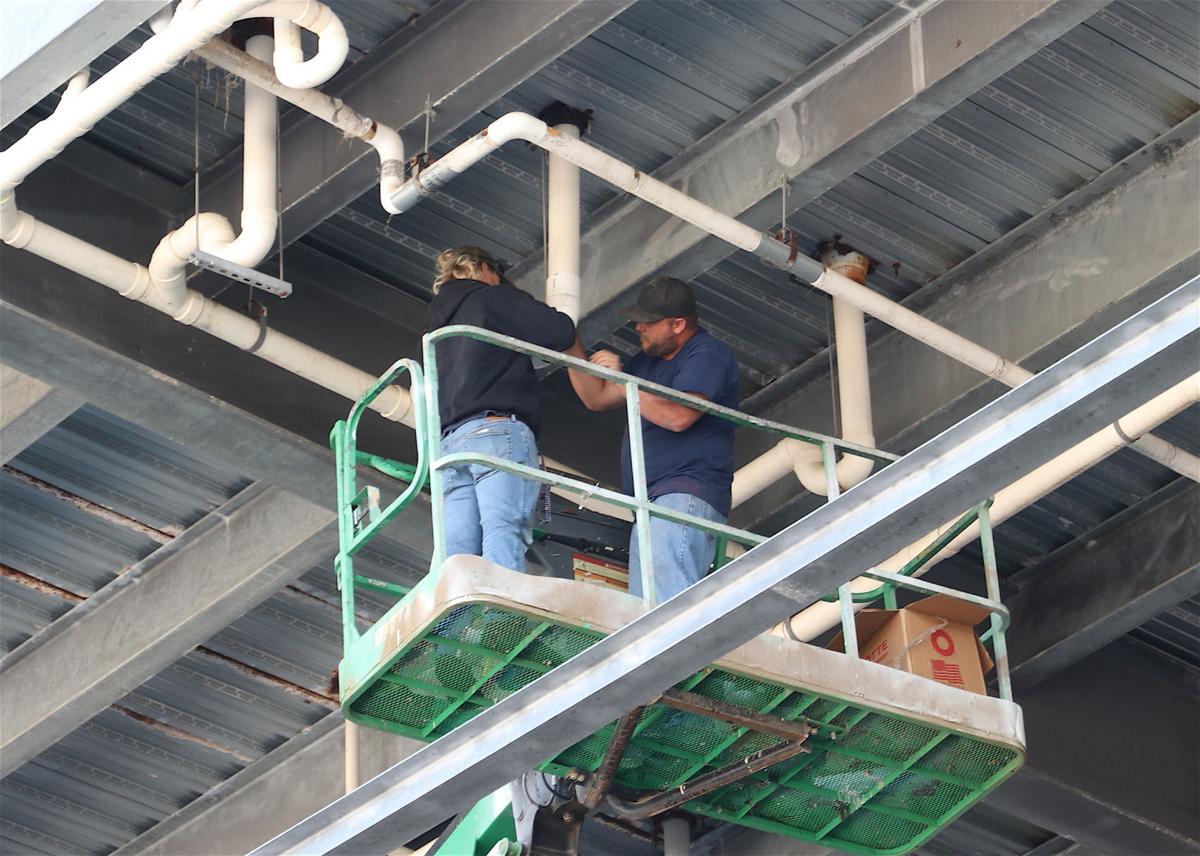 Above left: Nashville Superspeedway employees Jared Dorn, left, and Tim Patchin are among those working to fix up the property ahead of next year’s NASCAR race. Above right: The Nashville Superspeedway’s concrete track runs for 1.33 miles and hosted several NASCAR and IndyCar Series races before shutting down in 2011. 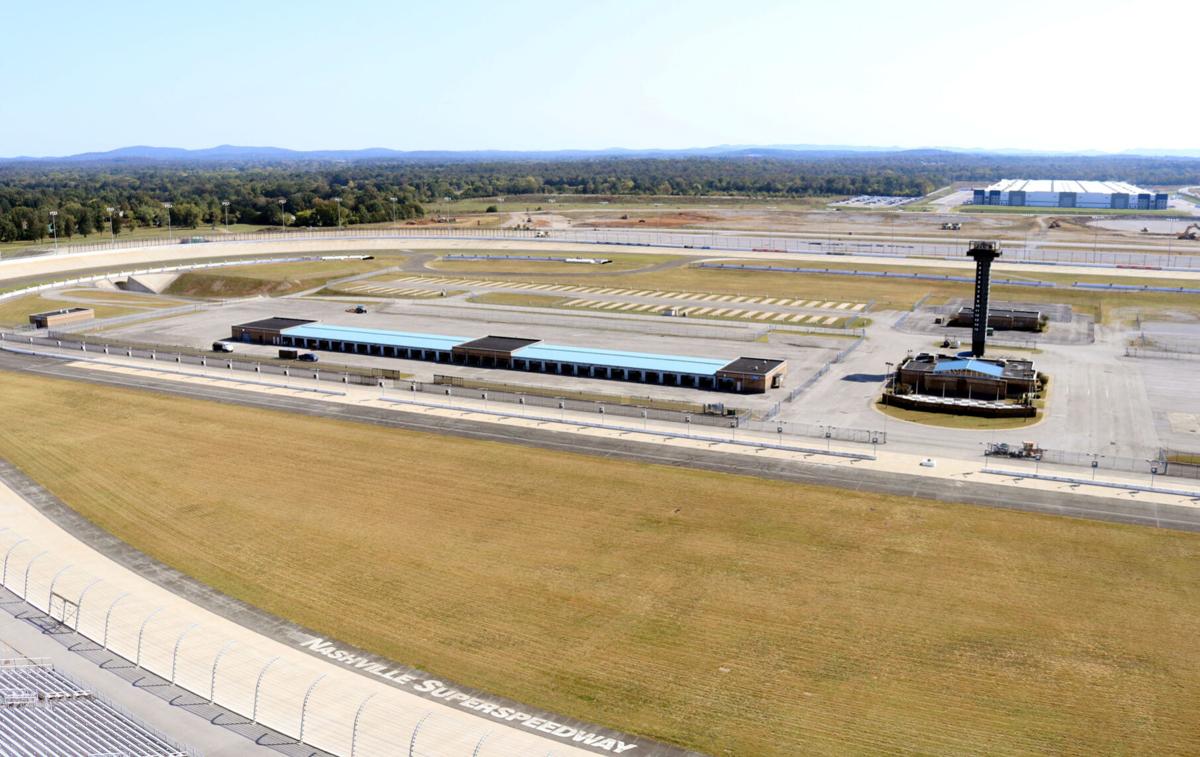 The Nashville Superspeedway's concrete track runs for 1.33 miles and hosted several NASCAR and IndyCar Series races before shutting down in 2011.

The Nashville Superspeedway plans to reopen for business with a NASCAR Cup Series race on June 20, 2021, and could also play host to community events like drive-in concerts in the future.

Above left: Nashville Superspeedway employees Jared Dorn, left, and Tim Patchin are among those working to fix up the property ahead of next year’s NASCAR race. Above right: The Nashville Superspeedway’s concrete track runs for 1.33 miles and hosted several NASCAR and IndyCar Series races before shutting down in 2011.

The Nashville Superspeedway's concrete track runs for 1.33 miles and hosted several NASCAR and IndyCar Series races before shutting down in 2011.

Excitement is building for NASCAR’s return to the Nashville Superspeedway on June 20, 2021, and the track’s staff is looking to make sure it goes the distance.

Flagging attendance originally saw the track close in 2011, but the area’s growth in recent years created a surge in interest. NASCAR hosting last year’s Champion’s Week in Nashville provided another shot of momentum.

“The community has been really supportive of what we’re trying to do to reopen the track and make certain that it is here for a very long time,” Nashville Superspeedway President Erik Moses said. “We will be looking for opportunities for use of the campus, probably not so much the inside of the track but certainly the grounds as opportunities arise when they don’t present a conflict with the work that’s going on there.”

The speedway is currently planning a thorough renovation and hopes to attract more large-scale events after the NASCAR Cup Series race. Employees have been meeting with county leaders to discuss growing the track into Middle Tennessee’s premier motorsports and event venue.

“We are definitely excited about the potential going forward,” Wilson County Mayor Randall Hutto said. “We’ve talked a lot about what the other 51 weekends mean to them and us, and we’re really looking hard at doing something that will make the track a year-round attraction.”

Hutto does not expect the track to compete with the Farm Bureau Exposition Center or the James E. Ward Agricultural Center because of each venue’s unique features.

“We’ve been in contact with some people about doing COVID-safe activities at the track, like drive-through events,” he said. “Maybe some concerts and other large-scale events that need a lot of open space to spread out in.”

Whatever the speedway decides to bring in, NASCAR will remain a primary focus. No. 41 Ford Mustang driver Cole Custer, who leads this season’s rookie standings, is particularly excited to compete on the track for the first time.

“I think it’s such a cool stadium, and Nashville’s country music atmosphere really fits in with NASCAR,” he said. “And I think the track is really unique from a lot of tracks we go to. It’s also been a test track we used to go to a lot, and I’ve been there a couple of times.”

Custer test drove the speedway roughly five years ago and grew up watching its events on TV. He said each driver’s ability to get a feel for the track is going to be key, especially with COVID-19 preventing practices.

“I think for us, it’s just building on everything we’ve done this year,” he said. “Every single track is different, but you kind of start to see trends … as a rookie you don’t get to work through all those things so it’s a little bit tougher, but I think we just have to try and use our notes as best we can from track to track. But it’s definitely been the most different year we’ve ever had in NASCAR.”

The race is also expected to create new job opportunities in Wilson County as NASCAR fans fill the stadium next year.

“I’ve heard numbers anywhere from 25 to 35 staff,” Carl Danoff, the speedway’s manager of marketing and communications, said. “We’ve still got a long ways to go, and right now it’s about getting started, assessing everything and figuring out exactly what we want to do.”

Moses said the track has the potential to bring significant tourism dollars into the county alongside those jobs.

“Any of those folks who are certainly coming from outside Middle Tennessee into Wilson County and the surrounding areas, and staying in hotels, eating in restaurants, coming to the track, they’re spending money,” he said. “Those dollars are incremental dollars into our economy and those are going to be helpful to the work we need to do to continue to support this community at large.”

Danoff expects Wilson County to feel that impact quickly once the speedway brings “the spirit of NASCAR” into the area.

“People come from all over the country to these races,” he said. “And you have a lot of dedicated fans in the area too. I think we have something really special here that people are going to be drawn to — Nashville knows how to party, and we fully intend to bring the party to Nashville.”