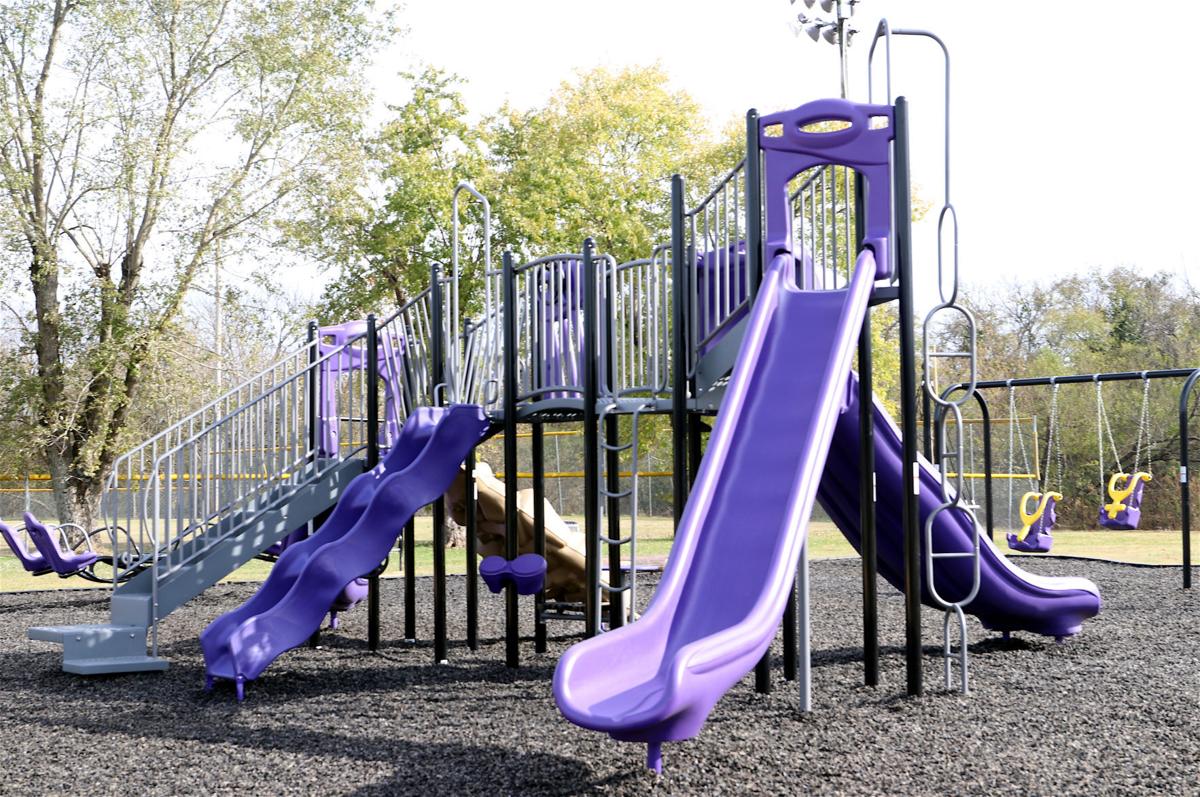 Three Forks Community Park’s new playground, installed over the summer, replaces equipment that was more than 30 years old and had caused safety concerns among parents. 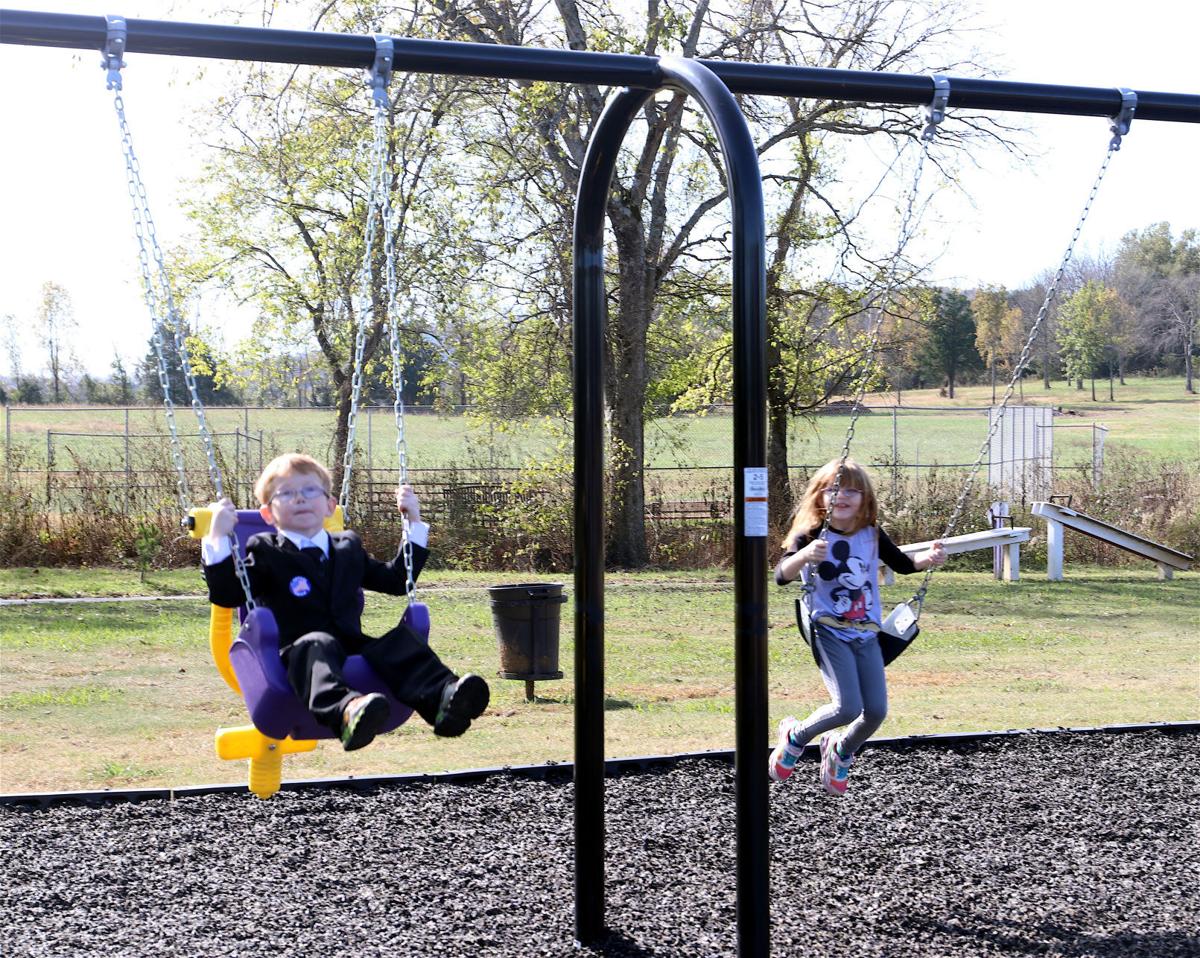 Lyla and Elliot Hoger try out the new playground equipment at Three Forks Community Park in Watertown, which opened back up to the public on Oct. 27.

Three Forks Community Park’s new playground, installed over the summer, replaces equipment that was more than 30 years old and had caused safety concerns among parents.

Lyla and Elliot Hoger try out the new playground equipment at Three Forks Community Park in Watertown, which opened back up to the public on Oct. 27.

Three Forks Community Park in Watertown is back with brand-new playground equipment, and families are welcoming its return.

COVID-19 guidelines had kept the park closed for months, even as its playground was renovated over the summer. Leadership Wilson spearheaded the project to replace aged equipment that had become a safety concern for parents.

“This is our first time stopping by since it just opened last week, and it’s definitely a lot better,” Watertown resident Cynthia Hoger said. “Compared to what we had before it’s a lot safer, and the kids are loving it … they go from one thing to the next and they’re trying it all out, and I like the swing for the parents.”

Hoger’s family had visited the park every few weeks for the past three years, and now she uses it to give her children a recess break while homeschooling them amid COVID-19.

“My concern about reopening it was COVID,” Watertown Mayor Mike Jennings said. “I don’t have the staff to clean the playground regularly, so we have to rely on the visitors. We’ve got hand sanitizers there and we’re asking people to use it before, during and after they use the equipment.”

Jennings ultimately made the decision to reopen the park because workers had to put down the playground’s mulch before winter. He said the move has been well received by local families.

“The new equipment is more user-friendly, and people were just ready to get out and do something,” he said. “This gives them an option as far an as outdoor activity.”

Kaileigh Dunn, a member of the Leadership Wilson class that worked on the project, said it was rewarding to see children out and about on the new equipment.

“We went out there around Halloween because some of our family lives in Alexandria,” she said. “We saw three or four kids out there playing, and it’s an amazing feeling to know you contributed to something that can make a difference in kids’ lives.”

Dunn and others who worked in the project are hoping to see it bring down the obesity rate among Watertown’s schoolchildren — roughly 40% according to the Tennessee Department of Health’s body mass index (BMI) screenings.

“I think probably the main priority for the project was to provide children, youth and families access to playground activity,” Wilson County Health Department Director Tim Diffenderfer said. “And for them to have a place that’s fun, gets them moving and show that physical activity can be a part of their lifestyle from an early age.”

Watertown’s long-term vision would see the park become a hub for local sports leagues and exercise. Approximately 400 children are traditionally involved in the park’s sports programs each year, and it also sees traffic from DeKalb and Smith counties.

“We had our football season this time, and we’ve got the basketball goals up,” Jennings said. “With baseball, T-ball and softball we’re hoping to start up in February, but we’ll need to watch the numbers.”

In the meantime, the community continues to enjoy using the swings, slides and more while enjoying the fall weather.

“It’s absolutely fantastic to see children there playing and using the equipment,” Dunn said. “Especially with the pandemic going on, it’s nice for them to have something they can use to get up and move around ... it was a long time coming.”