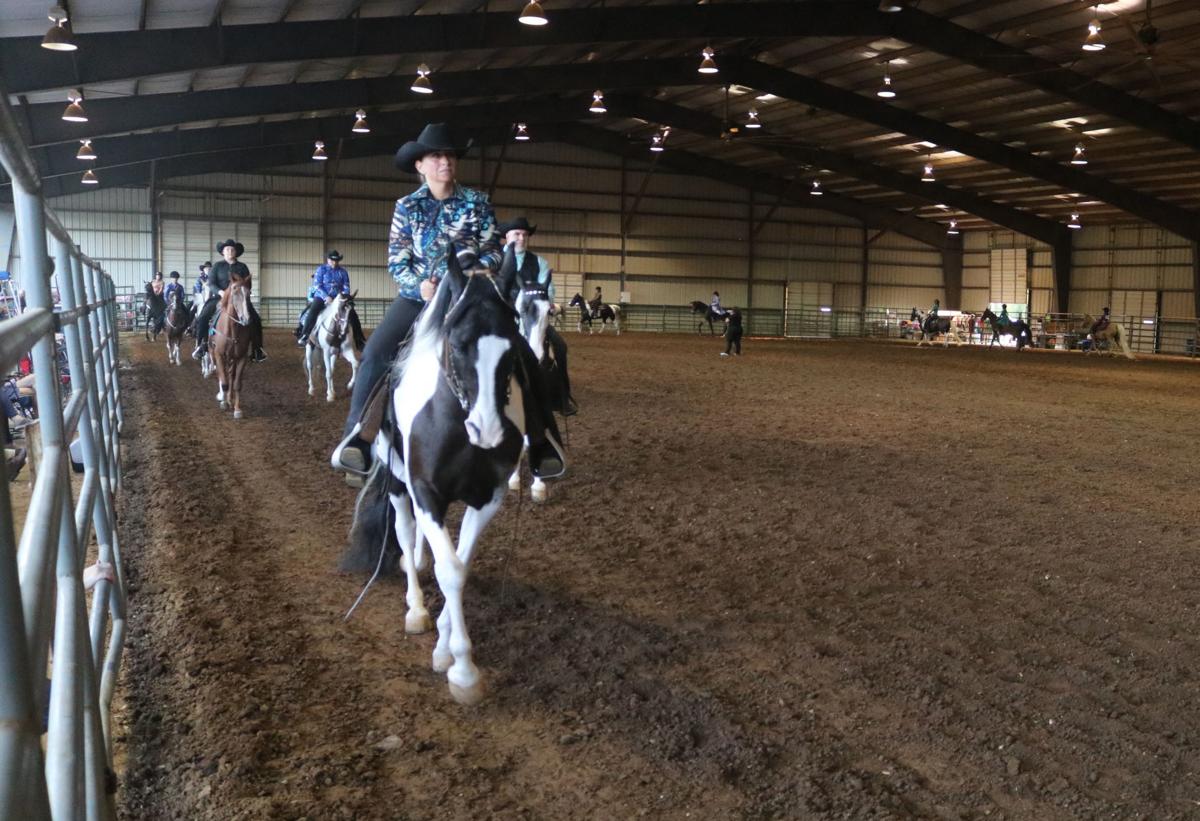 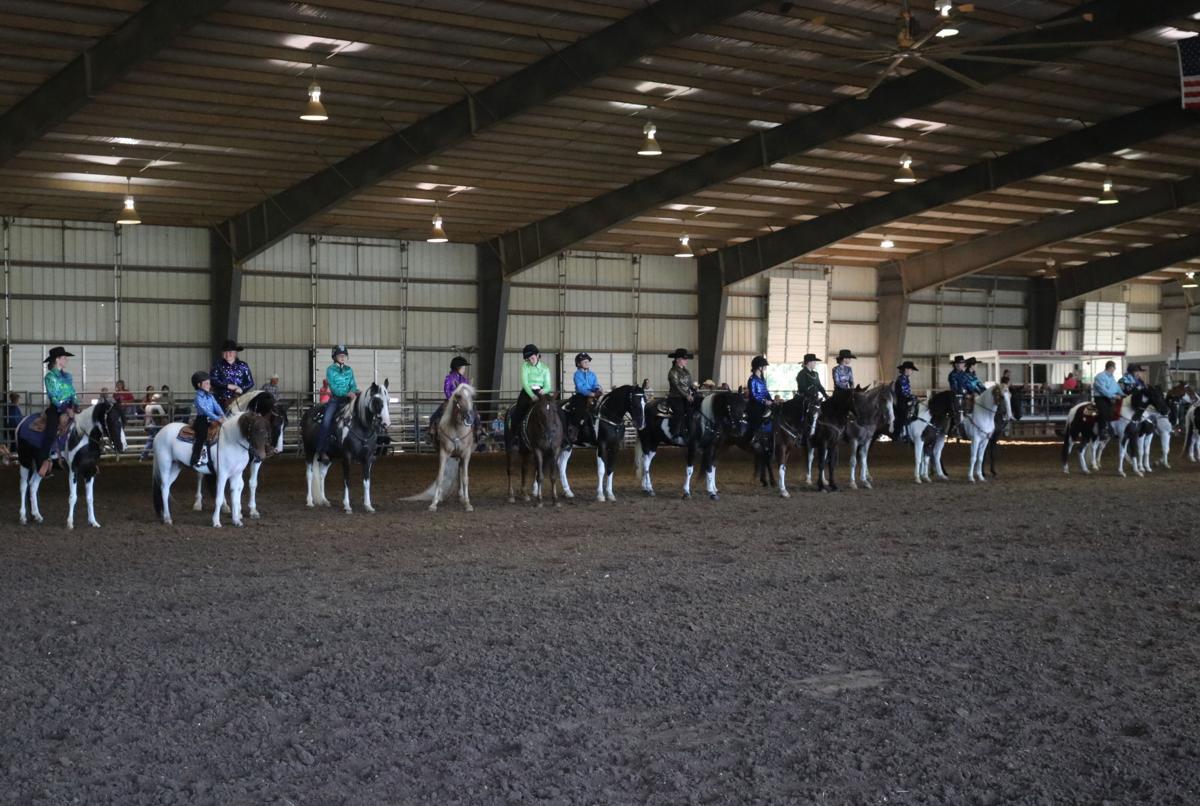 Competitors line up atop their horses and await the judges’ final examination of each entrant on Thursday.

Competitors line up atop their horses and await the judges’ final examination of each entrant on Thursday.

Riders from across Tennessee and neighboring Kentucky have descended on the James Ward Ag Center and they aren’t going anywhere until every trophy is handed out.

The four-day state final event, hosted by the Tennessee Saddle Club Association, is a one-stop shop for all the riding activities one could consume. It’s a chance for riders to showcase their horses’ abilities and to have a little fun in the process.

Events are open to people of all ages with categories for six and under, 12 and under, 13-17 year olds, adults, and even a category for 50 years and older.

Rader explained that each competitor is judged by “how the horse performs as far as changing the gaits at the proper time, and holding the gait.”

According to Rader, “One of the most important things is when you stop, they (the horse) has to be able to step backwards for the judge.”

Rader said his horse was already trained when he got him, but that he continues to ride him all the time. The Wilson County native has been showing horses for 21 years with the MJSC.

For a lot of the riders at the Ag Center on Thursday, it’s not just the culmination of hours of hard work but a lifestyle. Ray Jones works with Lebanon Street Department, but lives in Westmoreland.

Jones said he’s been riding horses “since I was in diapers.”

His horse Betsy is a black Racking Horse, and was fitted with green ribbons for the Style Racking competition. A Racking Horse is a breed derived from the Tennessee Walking Horse, known for a distinctive gait.

The goal is to preserve the breed in a natural state with little or no artificial devices that enhance gait. The horse’s tail is naturally raised without nicking or tail sets.

While he said he would love to win a trophy, it’s mostly about having a good time and enjoying yourself.

With so many categories, if it were at another location, it might be easy to miss a competition, but at the Ag Center, it’s all happening under the same roof.

TSCA President Bill McCormick said of the arena, “It’s always been here. I’ve been riding at this show for 27 years now and it’s always been at this facility.”

McCormick said that before his time, the event was hosted by individual saddle clubs, but it got too big, so they needed a venue that could sustain that capacity. This is his third year as president, but he’s been riding for 27 years, ever since a neighbor who encouraged him to give it a try.

Unlike a lot of events that had to shutter doors last year during the first wave of the pandemic, the TSCA State Show went off without a hitch. The association did require liability waivers to be signed if a contestant or spectator caught COVID at the show, but it was able to be held under otherwise normal circumstances.

“It was quite well attended because other shows did get canceled and people were looking for a place to go,” said McCormick.

McCormick said that last year, the medics “didn’t have anything to do,” a feat he hopes they replicate this year.

The TSCA was established in 1965 and is made up of over 35 member clubs located in Tennessee and Kentucky.

As a governing body, it oversees the rules, regulations and by-laws. It is run by officers, directors and committees who organize meetings and prepare annually for the State Horse Show held Labor Day weekend of each year in Lebanon.

The club promotes itself as offering something for every equine enthusiast. There are classes for both trotting and non-trotting (gaited) breeds, big and small so even spectating can be exciting.