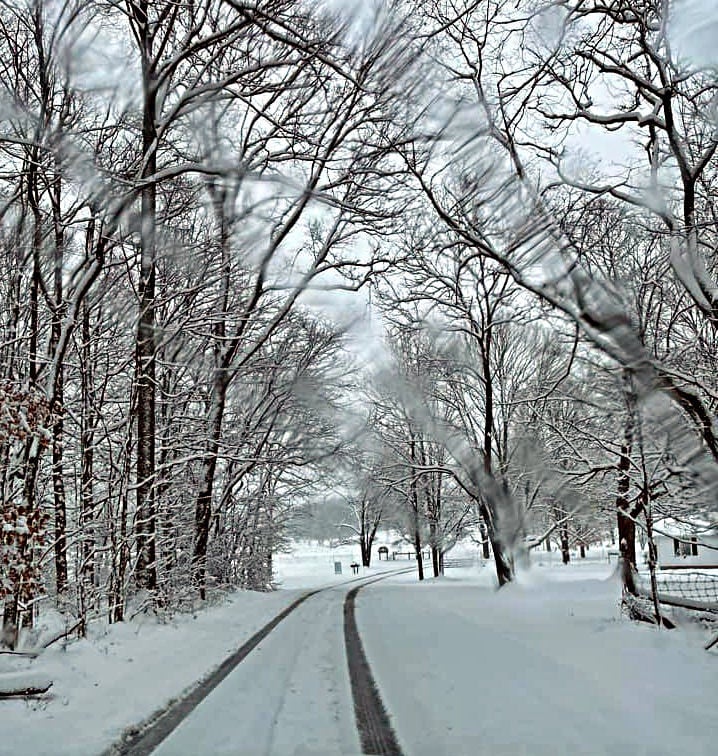 Old Laguardo Road in Lebanon was covered in snow by midday on Thursday. 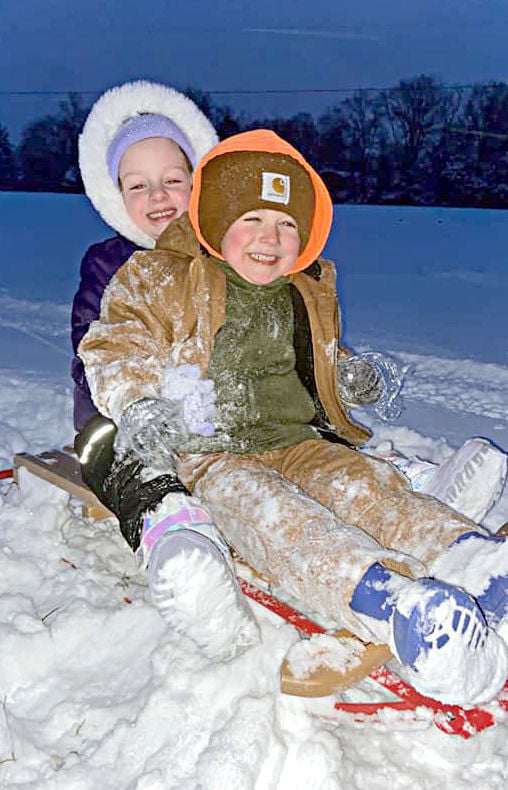 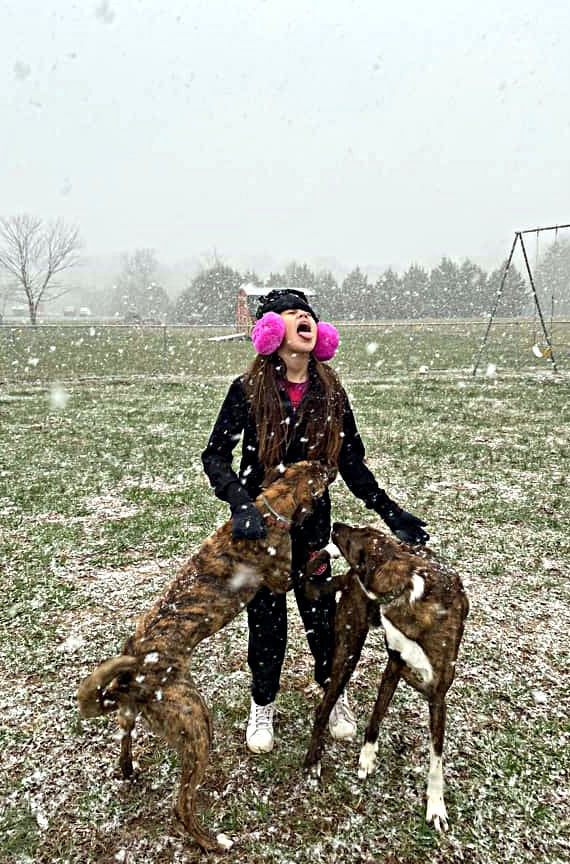 Lebanon’s Sophya Galeana attempts to catch snowflakes with her tongue while playing with her dogs, Izzy and Cyrus, on Thursday morning.

Old Laguardo Road in Lebanon was covered in snow by midday on Thursday.

Lebanon’s Sophya Galeana attempts to catch snowflakes with her tongue while playing with her dogs, Izzy and Cyrus, on Thursday morning.

A massive snowstorm swept through Wilson County on Thursday, covering it with six inches of snow in some places.

The head of Lebanon’s street department, Lee Clark, said that while several places within the city had experienced significant downfall, his crews worked continuously to clear up the main roadways.

Aside from a few incidents involving fender benders or single cars skidding out of control, Clark said that there had not been any permanent road closures.

In advance of the imminent storm, crews set out on Wednesday with two trucks carrying two brine tanks to treat the roads. Facing heavy precipitation around the city, the street department identified key traffic corridors and moved to treat these first.

With temperatures approaching single digits at night, refreezing slush was a concern, which after having melted could possibly result in black ice.

“The temperatures aren’t going to cooperate to do any thawing,” Clark said on Thursday.

The department head added that with temperatures forecasted to be as low as they were on Friday — with a forecasted high in the upper 20s — the best hope of clearing was Friday’s sunlight.

Clark said that when it actually started snowing that they were re-treating the roads that had already been hit during their preemptive measures.

“It’s hard to say that the brine helped us when you look at it right now,” said Clark. “But I believe it did.”

According to Clark, the biggest challenge for his department was the volume of traffic it faced while trying to clear the roads.

Clark said that before going into any winter season, his department loads up on the salt brine. He estimated that the city reserves enough each year for three storms of this size.

Clark mentioned that he and other department heads had discussed how early in the winter it was that this storm took place.

As long as the conditions remained tenuous, Clark urged motorists to leave plenty of room between themselves and the car they are behind. Skidding out of control is a regular source of wrecks according to Clark.

Lebanon Police Department’s public information officer, Lt. P.J. Hardy, said that as far as hazardous incidents were concerned, there had been “nothing too serious.”

Hardy did mention that there had been several dozen calls that required response. Those incidents mainly included stranded motorists and vehicles off the roadways.

County and city offices remained closed throughout the end of the week, as temperatures remained well below freezing. Wilson County Schools were also closed down as a result of the dangerous roadway conditions.

Lebanon Special School District was already closed for the week due to rising COVID-19 cases among faculty and students.