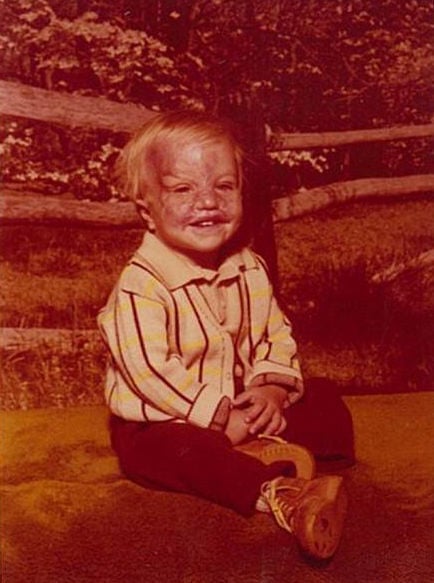 Mt. Juliet resident Keith Edmonds sustained major third degree burns as a toddler after his mother’s ex-boyfriend held his face to an electric heater, and he has permanent facial scarring from the incident. 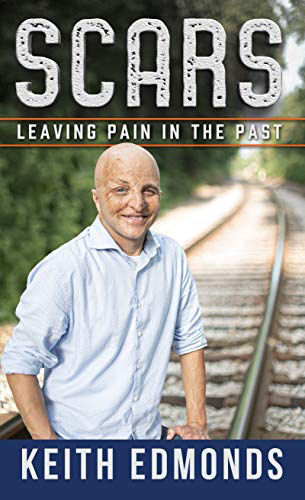 In his new book “Scars: Leaving Pain in the Past,” Mt. Juliet resident Keith Edmonds reflects on the emotional trauma and alcoholism he faced after being physically scarred from child abuse, and shares techniques readers can use to overcome their own challenges.

Mt. Juliet resident Keith Edmonds sustained major third degree burns as a toddler after his mother’s ex-boyfriend held his face to an electric heater, and he has permanent facial scarring from the incident.

In his new book “Scars: Leaving Pain in the Past,” Mt. Juliet resident Keith Edmonds reflects on the emotional trauma and alcoholism he faced after being physically scarred from child abuse, and shares techniques readers can use to overcome their own challenges.

Keith Edmonds has battled trauma and addiction for almost as long as he can remember.

The Mt. Juliet resident’s life changed forever early on when his mother’s ex-boyfriend grew angry at his crying and attacked him, leaving permanent facial scars.

“My mom was 19, and I was a toddler,” he said. “She started dating a guy and at 14 months old, he held my face to an electric heater. And he went to prison for 10 years, which means he was released by the time I was a teenager.”

Around the time his abuser was released, the emotional toll from the scars drove Edmonds to alcoholism. But on Wednesday, he marked eight years of sobriety and his 43rd birthday with the release of his new book, “Scars: Leaving Pain in the Past.”

In the memoir, Edmonds draws from his personal experience with depression, anxiety and substance abuse to help readers overcome challenges in their own lives. The book includes several techniques aimed at unlearning toxic habits, which he said is a daily process he still faces.

“Being a toddler and then coming to the realization that I look different — you get to a point where you start realizing that,” he said. “And then it’s about overcoming the challenges that are in front of you with looking different. Everywhere you go, you’re the odd man out, and you’re always uncomfortable.”

Edmonds said he struggled in school, failed multiple classes and started drinking by the eighth grade.

“It had a lot to do with the scarring and the stares,” he said. “And they still happen today. Let’s not kid ourselves, when I’m in a store I can feel people staring at me, but a lot of it was the darkness of what had happened to me as a kid. My way of coping with things was to be able to check out and not have to ‘feel.’ ”

Edmonds began living sober at 35, and credits a conversation with God and support from loved ones as major parts of the process. But perhaps the most important step was moving out of the shadow of his abuser.

“I really got to a point where I forgave him, and that’s the only thing that’s made all this possible, if we’re being honest,” he said. “I have nothing against the guy. I made several bad choices in my life. I haven’t held a baby to an electric heater by any stretch of the imagination, and I do think he’s a real-life monster. But I didn’t forgive him for him, I forgave him for me. I was sick of having him unintentionally having control over my life.”

Today, Edmonds works as a child abuse survivor advocate and keynote speaker, and has appeared on CBS, CNN, Fox and other national media outlets. He also founded the Keith Edmonds Foundation with the goal of empowering child abuse victims in Wilson County.

“I created the Keith Edmonds Foundation in 2016 because I wanted kids to know they can overcome the obstacles that are in front of them,” he said. “I can’t stop child abuse, but I can certainly lend a helping hand at transitioning people from victims to survivors.”

The foundation works to accomplish that through Camp Confidence, a three-day summer camp at Cumberland University that typically sees 15-20 children per year.

Edmonds sees his book as another way to reach out to people who have struggled with the long-term effects of child abuse.

“I think this book will relate to every reader in one way, shape or form,” he said. “While they may not have scars on their face, they certainly have scars on the inside. And I’m blessed enough to have them both on the inside and outside, and I’m not afraid to share my story to give others hope.”

“Scars: Leaving Pain in the Past” is available now at all major online retailers, including Amazon, Walmart, Target and Barnes and Noble. It can also be purchased from Edmonds’ personal website at www.keithedmonds.com.