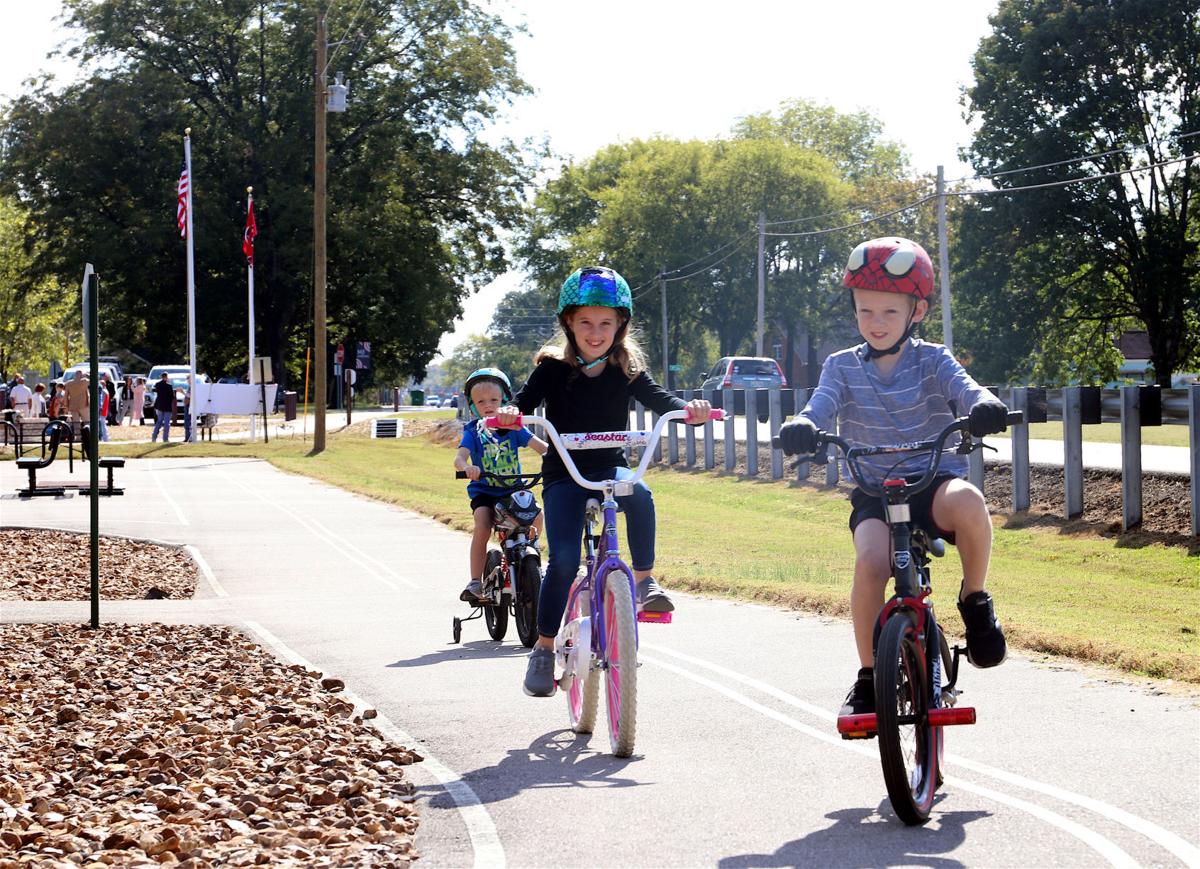 Ike, from left, Kate and Luke Parnell bike along Town Center Trail in Mt. Juliet on Monday after a ribbon-cutting commemorating the greenway’s opening. 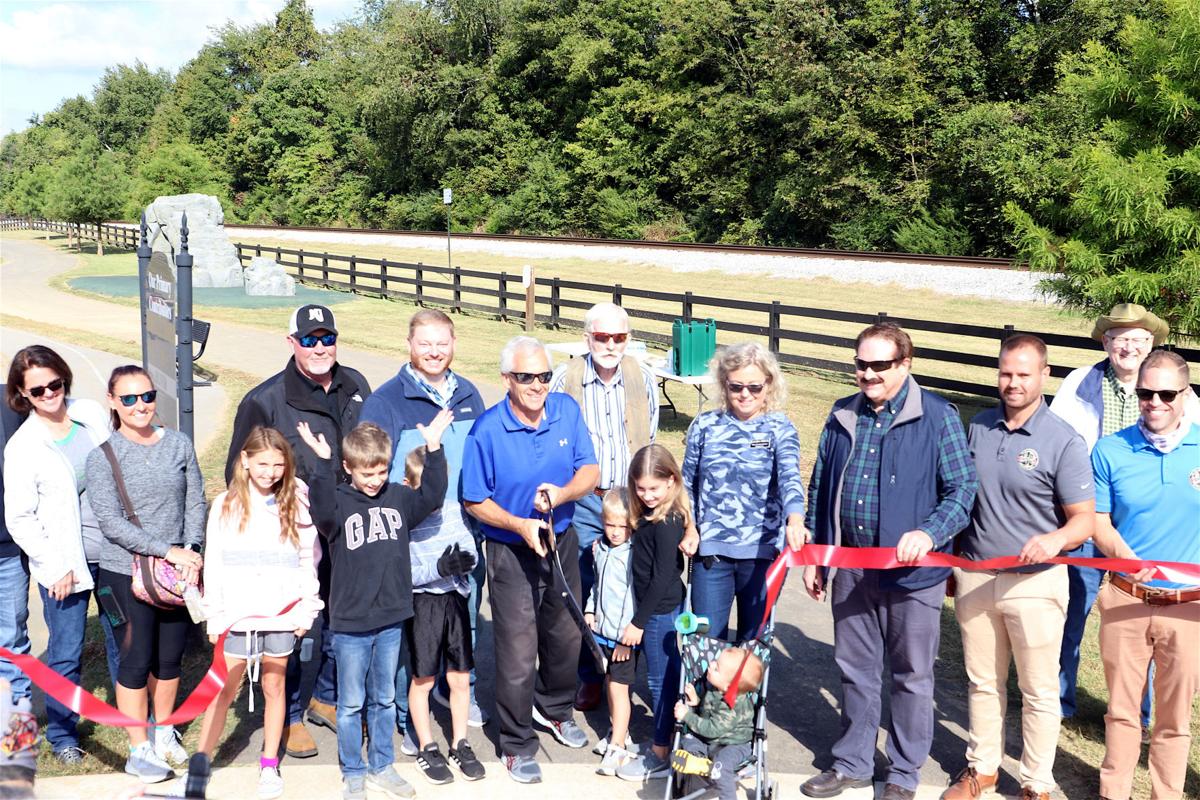 Mt. Juliet residents gather to celebrate the opening of Town City Trail, which runs just over 2 miles, with a ribbon-cutting held Monday at Eagle Park.

Ike, from left, Kate and Luke Parnell bike along Town Center Trail in Mt. Juliet on Monday after a ribbon-cutting commemorating the greenway’s opening.

Mt. Juliet residents gather to celebrate the opening of Town City Trail, which runs just over 2 miles, with a ribbon-cutting held Monday at Eagle Park.

Mt. Juliet’s Town Center Trail greenway was nearly 20 years in the making, and the city celebrated its opening with a ribbon cutting on Monday.

The trail is located at Eagle Park on West Division Street and runs roughly 2 ¼ miles from the local train station to South Greenhill Road. Workers broke ground on the project last year after an extended development cycle.

“It was actually 17 years ago that the original greenway plan was adopted,” Mt. Juliet Mayor Ed Hagerty said. “On the one hand, I hate that it took us 17 years to complete this and get this ready, but on the other hand I’m also very thrilled. If you think about 17 years ago in Mt. Juliet, the population was half what it is today … so much has changed in that 17 year period, and this is so exciting for me to be here.”

Hagerty said the project took longer than expected because the city had to work with both the state and federal governments, along with the railroad company.

According to Deputy Public Works Director Matthew White, the city covered 20% of the cost for the $2.4 million project while the rest was funded by government grants. Town Center Trail also marks the first step in the city’s vision for a greenway network.

“We have a greenway master plan to build more and start connecting them together,” he said. “We’ve applied for a grant to extend this trail out to Mt. Juliet Elementary, and we’re about to start construction on the Cedar Creek Greenway from Charlie Daniels Park to Mt. Juliet High School.”

District 3 City Commissioner Art Giles said the community has been invested in the Town City Trail project for years and that an expansion would be a significant step.

Children and families are already making use of the existing greenway to ride bikes as the weather cools down for the fall.

“My daughter learned to ride her two-wheel bike at Eagle Park, and now we can actually go on longer family bike rides,” Kristina Parnell said. “We’re excited to get out and exercise and enjoy the fresh air together as a family.”

Several members of the community also turned out for the trail’s ribbon-cutting, and a few had to use the overflow parking spaces at Cloyd’s Presbyterian Church.

“To think that we’re here today for the completion of the greenway is phenomenal,” Mt. Juliet City Manager Kenny Martin said. “It’s absolutely awesome, so I appreciate everybody coming out and showing support.”