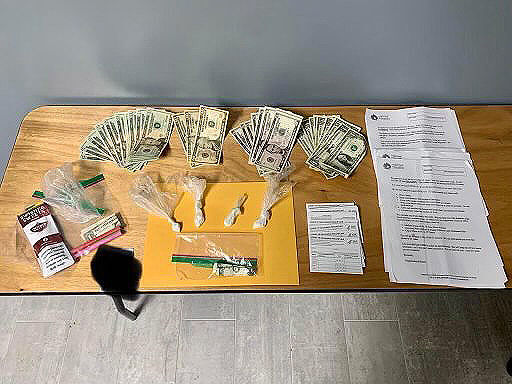 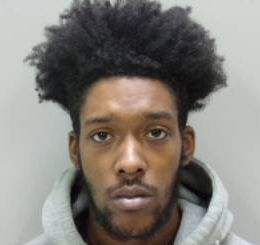 A newly-acquired piece of surveillance technology recently helped the Lebanon Police Department make a sizable arrest that took dangerous drugs and other paraphernalia off the street.

Last Wednesday, Lebanon’s Kentez Burford, 22, was charged with possession with intent for resale, possession of drug paraphernalia and possession of a counterfeit controlled substance.

Burford’s vehicle was flagged by the city’s latest surveillance equipment, a license-plate-recognition (LPR) software that identifies stolen vehicles and suspects as they enter a city’s limits. The suspect in this case, had their vehicle flagged near South Hartmann Drive.

According to the department’s public information officer, Lt. P.J. Hardy, “Upon executing a traffic stop, (Burford) was arrested for additional narcotics and possession charges, including possession of fentanyl, cocaine and two different types of prescription drugs.”

The software was a hotly-contested issue by residents and city officials before it was implemented. Mt. Juliet has had one in place since April of 2020 and routinely reports apprehensions that stem from initial identifications by the LPR technology.

While a whole host of privacy issues have been raised, Lebanon Police Department’s position is that the cameras are not used for traffic enforcement, citations or tracking individuals’ movements.

Hardy said that the expectation for the new system is to be “able to identify criminal elements within (the) city and to address those situations before they have the opportunity to victimize citizens.”

The LPR reader in Lebanon is called SafeNet. Hardy said that his department plans to post activities from time to time in which SafeNet assisted in making captures.

However, its cost-to-benefit ratio has been scrutinized as its annual cost exceeds $40,000. Mt. Juliet’s system actually costs twice as much, but it provides more extensive surveillance.

At the time that the city considered approval, Lebanon Police Chief Mike Justice said, “I feel like it’s another tool we can utilize to keep our community safer. We see a lot of vehicles being stolen out of Nashville. When they enter our city, they try to hit apartment complexes.”

Justice pointed out back then that this technology is not new to Lebanon. The same monitoring devices are installed on some of the department’s cruisers and serve the same function as a stationary device would at the entrance to the city. He said that they also use similar technology at the Wilson County Fair to monitor attendees.