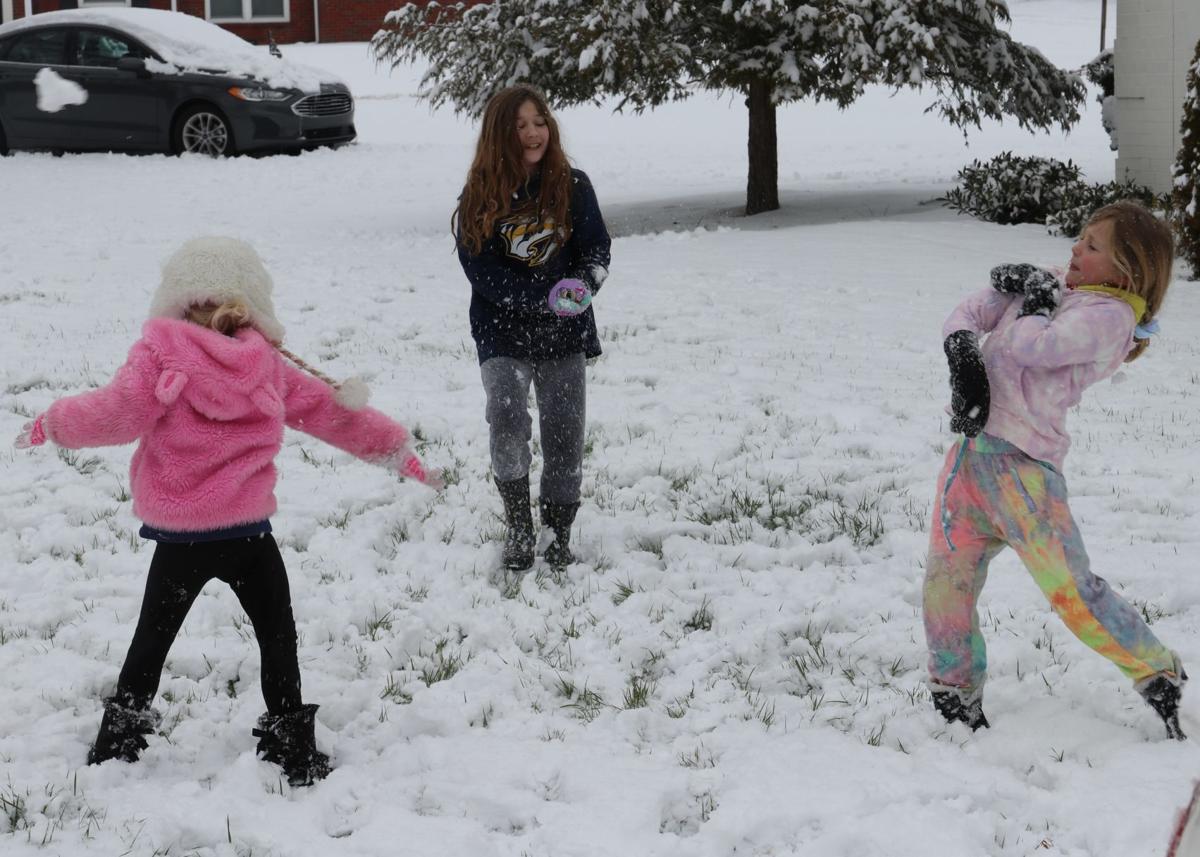 Emma Sutton, from left, Kaleigh Reed and Kyra Reed take turns throwing snowballs at each other Thursday at their home on Wagoner Street in Lebanon. 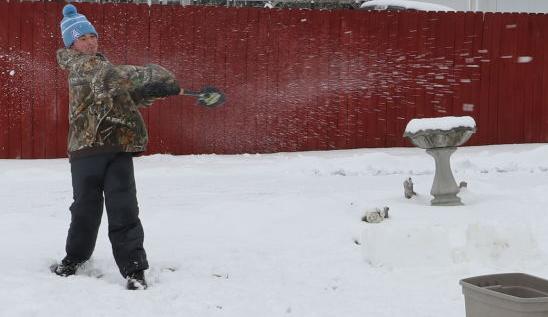 Sloan Yarbrough fields snowball pitches from his dad in their yard on Moody Court in Lebanon.

Emma Sutton, from left, Kaleigh Reed and Kyra Reed take turns throwing snowballs at each other Thursday at their home on Wagoner Street in Lebanon.

Sloan Yarbrough fields snowball pitches from his dad in their yard on Moody Court in Lebanon.

Winter storms can be devastating, destructive and even deadly. But sometimes, they’re just a nice break from daily routines. By week’s end enough snow had fallen that many Wilson County residents were out building snowmen, making snow angels and having snowball fights.

This storm caught a lot of people off guard, but Sherrie Sutton, a recent transplant from Indiana, wasn’t shaken. “I’m in my element,” she said Thursday.

Sutton lives with Madison Davis in Lebanon. Davis was traveling back from Mississippi on Wednesday when the heavy snow started falling. “What is normally a six-hour trip took over nine, but we were just happy to make it home,” Davis said.

While Davis said the house had plenty of groceries when she got back from Mississippi, she utilized a grocery delivery service to stock up on essentials in case they got snowed in longer than expected.

Sutton’s and Davis’ kids were having a snowball fight in the front yard Thursday. It was below freezing and overcast, but you wouldn’t have known it watching them play. Davis said, “Snow like this doesn’t come around very often. We want the girls to have some fun memories.”

For some, it’s a chance to play. For others, it’s a chance to create. Cumberland University student Dylan Harris took his extra time this week and built a life-sized snowman with his sister Chloe and cousin Katelyn Barrett. They called him “Big John,” and he stood every bit of 6 feet.

Barrett said this is the most snow she’s seen here in her lifetime. She nannies for a couple kids whose parents’ work weeks were disrupted by the snow. “Their dad had to work from home, but he was busy all day.”

The Harrises and Barrett weren’t too concerned about stocking up on groceries. They were still able to get out and go to the grocery store. However, when they discovered the loaves of bread gone at Kroger, Barrett said she tried something new, “potato bread, and she kind of liked it.”

For the Yarbroughs, a family of five in Wilson County, the snow didn’t disrupt their lives too much. Their three kids are homeschooled so they were going to be home anyway.

Their son Sloan missed Little League baseball practice this week like the rest of the county, but Thursday he could be found taking batting practice with snowballs. Brynn, the youngest, got towed through the yard on her sled.

Mom Mandi Yarbrough said, “We’ve been here 20 years and have maybe had this much snow twice.”

She also said they hadn’t left the house all week and didn’t plan to until it was safe.

The weather did disrupt a couple events going on around the county. For instance, Elmcroft of Lebanon was due to begin a round of vaccinations this week but had to postpone. Also, a Red Cross blood drive had to be canceled.

But those appointments can be rescheduled. Snow day memories can’t. For the people in Wilson County this will be a storm to remember. And thankfully, since the county got through the week without any weather-related fatalities, those memories can just be fond ones.