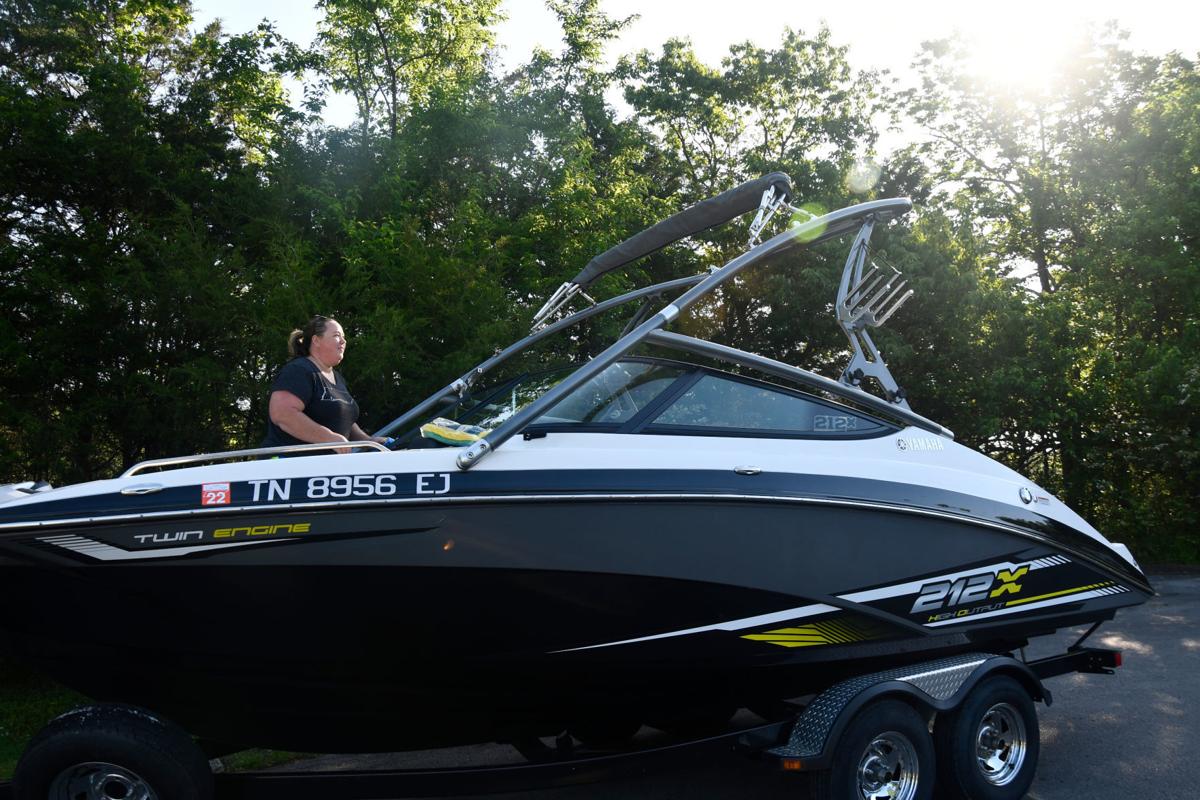 Brandi Barnes cleans the windshield as she and husband Jason Barnes prepare to take their boat out on the Cumberland River from Hunters Point Boat Ramp early Monday morning. The Lebanon couple and their teen-aged children were at Center Hill Lake on Sunday, where it was crowded, Brandi said. 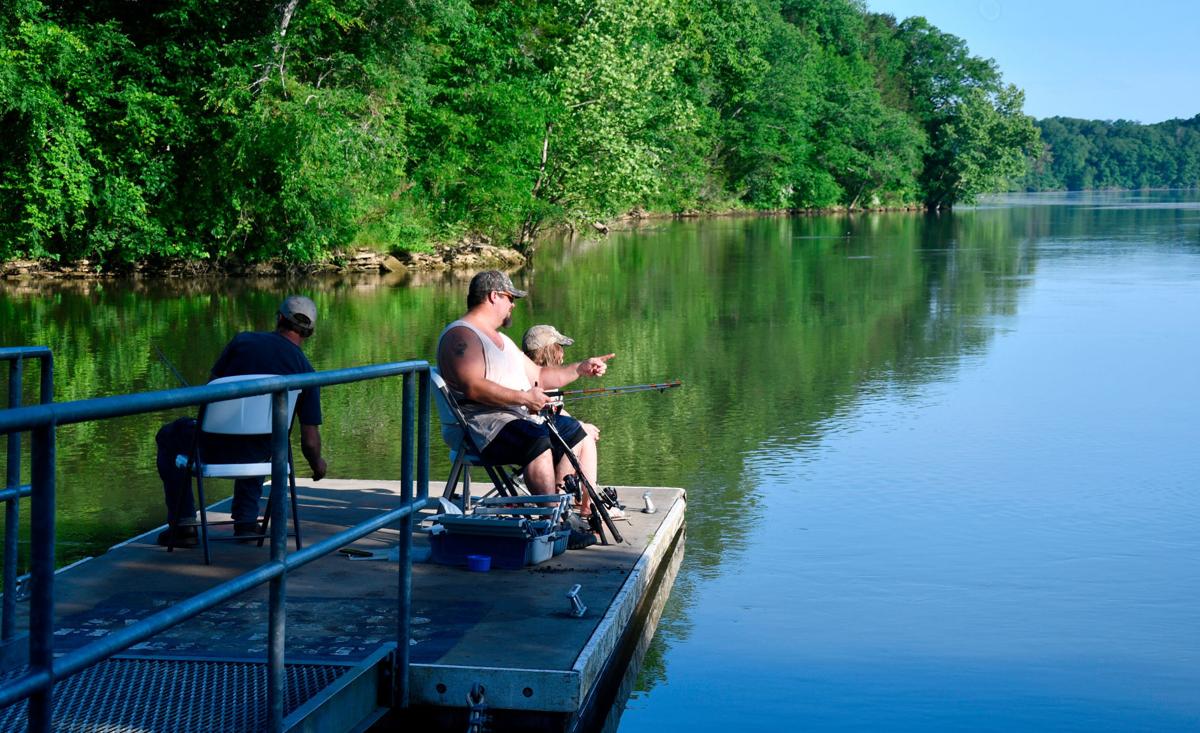 Brandi Barnes cleans the windshield as she and husband Jason Barnes prepare to take their boat out on the Cumberland River from Hunters Point Boat Ramp early Monday morning. The Lebanon couple and their teen-aged children were at Center Hill Lake on Sunday, where it was crowded, Brandi said.

WASHINGTON — Celebrating Memorial Day, Americans flocked to beaches and parks, with many ignoring disease precautions even as the nation’s coronavirus-related deaths approached 100,000.

As public health experts made a fresh round of appeals for physical distancing and face coverings, President Trump and first lady Melania Trump paid tribute to fallen soldiers on Memorial Day by participating in a wreath-laying ceremony at the Tomb of the Unknowns at Arlington National Cemetery, which has been closed to the public for months during the coronavirus pandemic.

There were no crowds at the cemetery this year, as visitation has been limited to family members and staff, but elsewhere in America over the holiday weekend, inhibitions — and masks — were shed. Crowds flooded newly reopened beaches, and videos emerged from Missouri’s Lake of the Ozarks and a pool party in Houston showing revelers ignoring social distancing guidance.

Although the outbreak has eased in many areas, dangerous hot spots remain, including Greater Los Angeles, Chicago and Washington D.C., with spikes in some less populated places as well.

After weeks of restrictions meant to fight the spread of COVID-19, the disease caused by the virus, every state is in some stage of reopening. Many, though, have failed to meet U.S. Centers for Disease Control and Prevention guidelines for a safe return to public life.

One of the country’s leading virus experts, Deborah Birx, the director of Trump’s coronavirus task force, warns that even in the open air, physical distancing and, when in close proximity, face coverings are essential.

“Out of respect for each other, as Americans that care for each other, we need to be wearing masks in public when we cannot social-distance,” Birx said on “Fox News Sunday.”

That message was echoed in sharper terms by Tom Bossert, Trump’s former White House Homeland Security adviser, who has at times been critical of the administration’s pandemic response.

With the three-day holiday weekend in full swing, news reports and social media featured many images of people clustering tightly at waterfronts, in swimming pools and in al fresco bars and restaurants without wearing masks. However, despite Trump’s insistence on Friday that states allow places of worship to reopen, Americans did not seem to be filling pews on Sunday; even conservative congregations were largely closed, offering prayer fellowship online or in parking lots.

Birx, who is often at pains to avoid disagreements with Trump, was asked in the Fox interview about the president’s refusal to wear a face covering in public. Trump told reporters he had worn a mask for part of a factory tour in Michigan last week but that he did not want to give journalists the “pleasure” of seeing him in it.

“I’m not with him every day and every moment, so I don’t know if he can maintain social distance,” said Birx. “I’ve asked everybody independently to really make sure that you’re wearing a mask if you can’t maintain the six feet. I’m assuming that in a majority of cases he’s able to maintain that six-feet distance.”

Bossert was more acerbic, telling ABC in response to a question about Trump and face masks: “’Do as I say, not as I do’ isn’t very useful.”

At a White House briefing last week, prior to Trump’s weekend golf outings, Birx said she well understood the public’s need for outdoor recreation, especially over a long holiday weekend. “You can go out. You can be outside. You can play golf. You can play tennis with marked balls. You can go to the beaches if you stay six feet apart,” she said then.

Although many people are flouting distancing and masking recommendations while outdoors, Birx told ABC, “I think that’s our job to continue to communicate.”

While overall White House messaging, and certainly Trump’s, has focused on a robust economic recovery beginning soon, a senior Trump advisor said Sunday that joblessness would continue to rise this month and next, after reaching nearly 40 million claims last week.

“The unemployment rate will be higher in June than in May, but then after that, it should start to trend down,” advisor Kevin Hassett said on CNN’s “State of the Union.”

Asked if he thought the jobless rate would still be in the double digits in November, when the election is held, Hassett said: “Yes, I do.” But he also predicted that signs of a larger economic recovery would be “raging everywhere” by then.

Public health experts have predicted that, by late fall, the United States could be in the grip of a heavy second wave of infections, but Trump said last week that the country, and the economy, would stay open in any event. Birx, asked about the likelihood of new lockdowns, said “it’s difficult to tell” what measures might be taken if the outbreak took on a new ferocity.

Gottlieb, in his CBS interview, said Americans should not be lulled into complacency if infections and deaths eased somewhat in the summer season.

“We’re likely to have this slow burn through the summer, and then face renewed risk in the fall that we’re going to have bigger outbreaks and potentially epidemics in certain states and cities,” he said. “That’s what we need to be focused on right now, getting the tools in place to prevent that in the fall.”