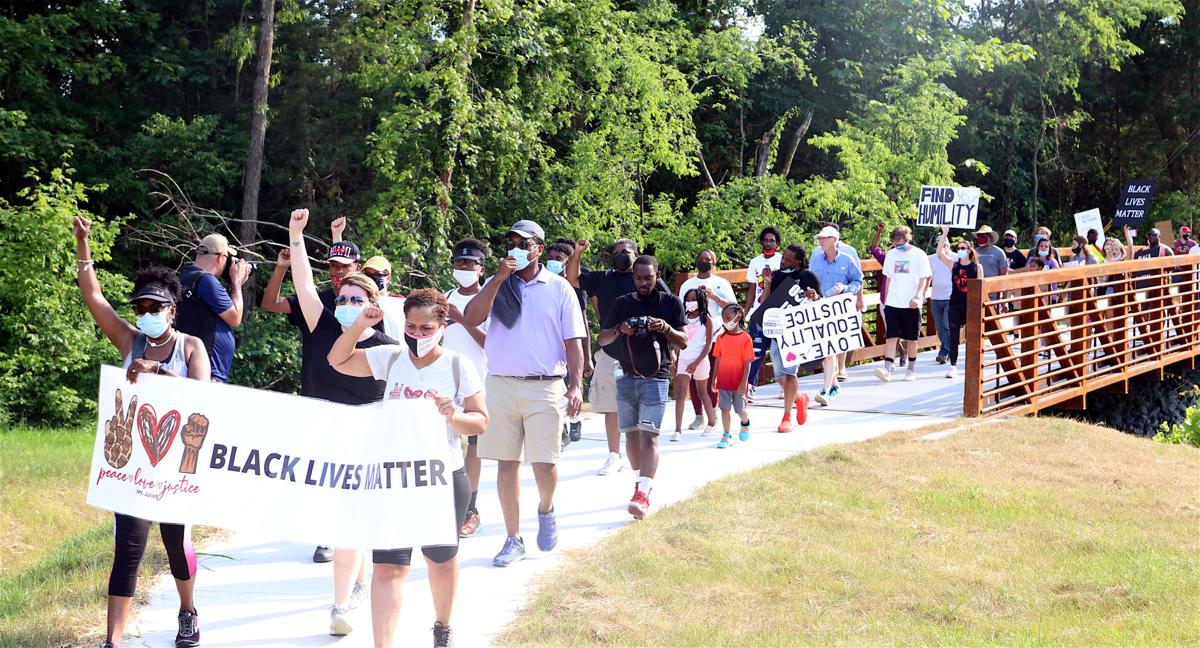 Dozens of community members from Mt. Juliet and Lebanon participate in a walk to and from Sgt. Mundy Park as part of a peaceful Black Lives Matter protest held Saturday. 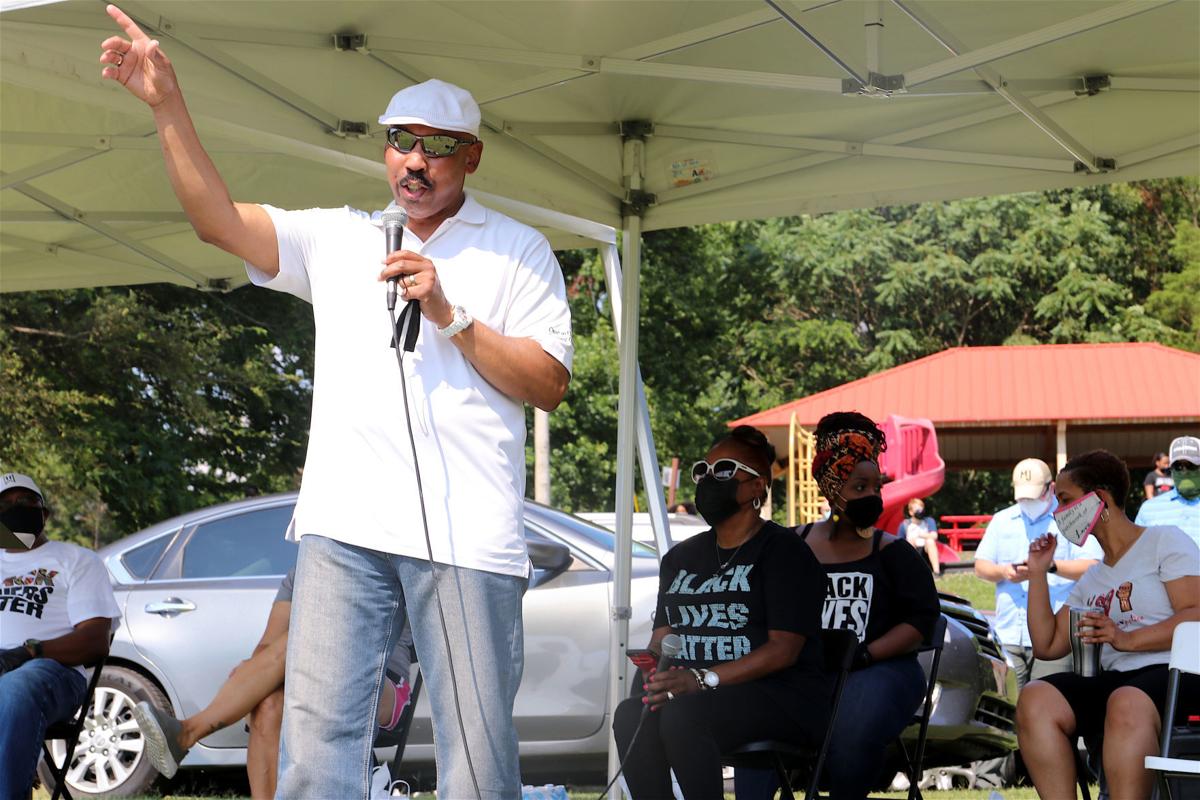 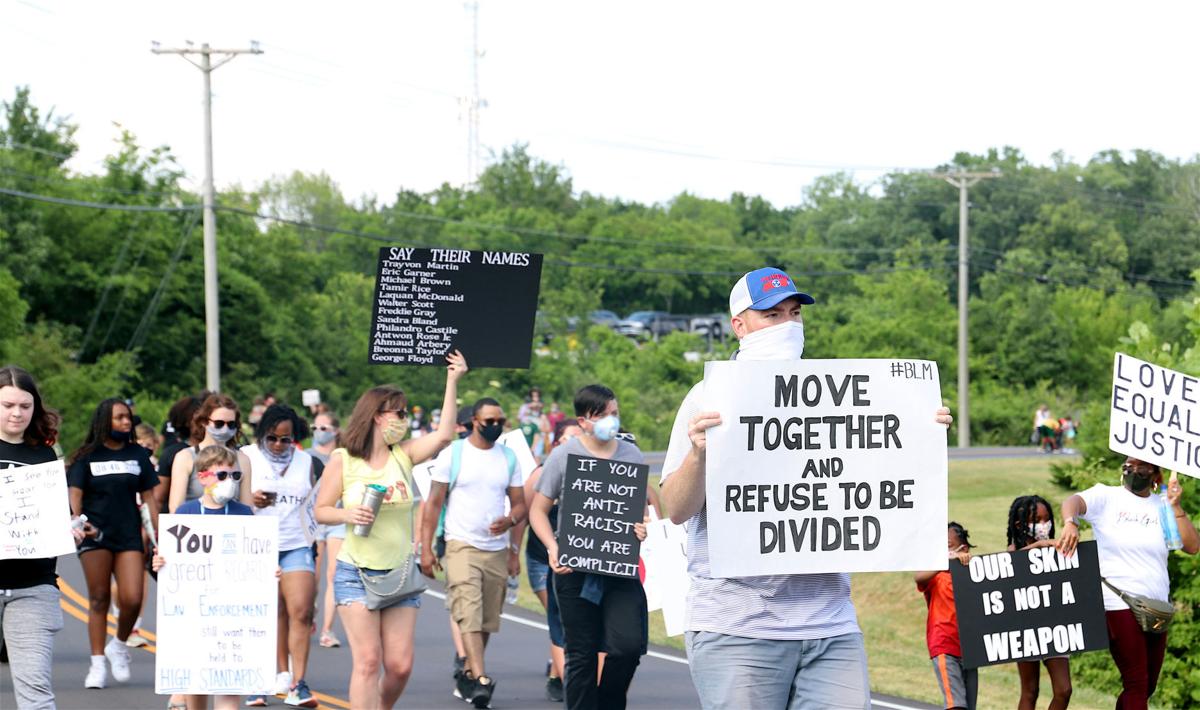 Mt. Juliet’s Black Lives Matter protestors send a message through a variety of homemade signs during a walk from Sgt. Mundy Park. 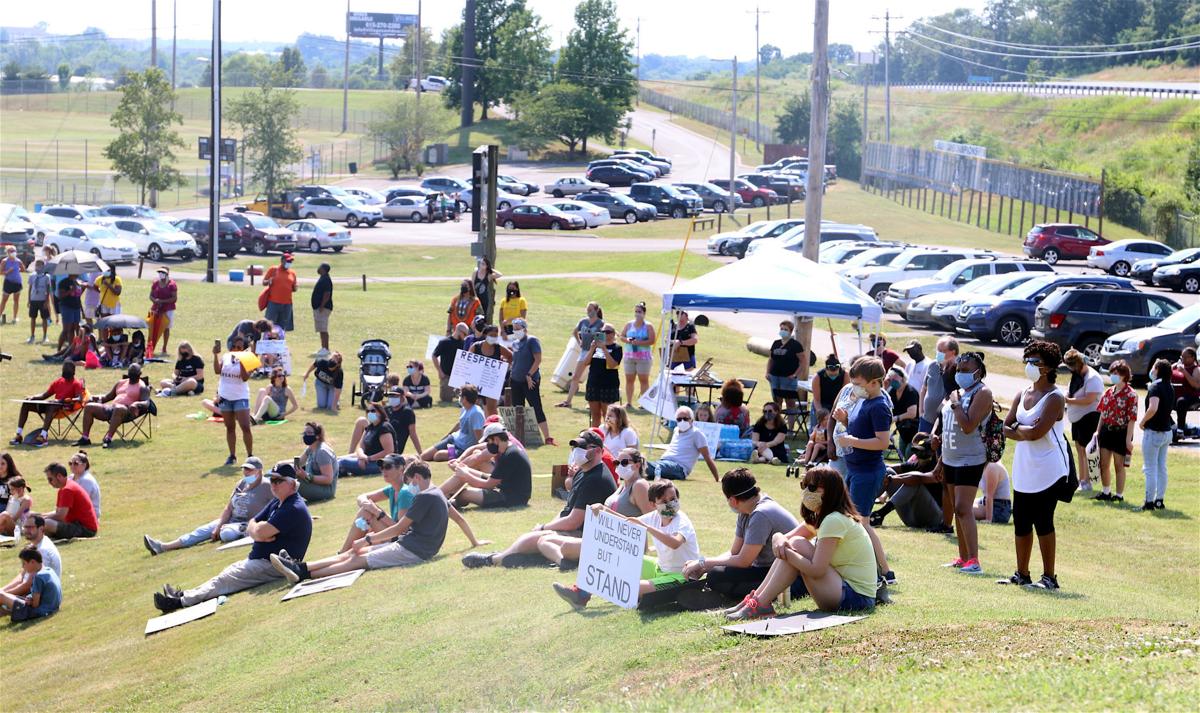 Dozens of community members from Mt. Juliet and Lebanon participate in a walk to and from Sgt. Mundy Park as part of a peaceful Black Lives Matter protest held Saturday.

Mt. Juliet’s Black Lives Matter protestors send a message through a variety of homemade signs during a walk from Sgt. Mundy Park.

George Floyd’s death sparked movements across the country, and Black Lives Matter Mt. Juliet is one of the latest to join the conversation.

The group introduced itself to the community at large on Saturday with a peaceful protest at Sgt. Jerry Mundy Memorial Park, which drew a crowd of more than 100 people.

“Basically, this was born out of injustices and police brutality across our world … to fight against racism and systemic oppression,” lead event organizer Reisha Kidd-Wardlaw said. “It’s a blessing to see so many people in our community working to use their voices and affect change.”

Attendees heard from several speakers before joining a roughly 2.4-mile walk to and from the park, and Wardlaw hopes to keep the community engaged moving forward.

“We’re putting a committee together to start talking and educating people on who we’re voting for in our local elections,” she said. “Do they stand for equality across the board, and will they stand up for Black lives?”

Organizers also set up a voter registration drive in the park, and the group plans to keep raising the voter count in local elections. Their focus also extends to the school system.

“When we integrated schools, we lost the traditions of our black students and our Black culture in their schools,” Kristi Galligan, an adjunct professor at Cumberland University, said. “Because the white people took over, and we crushed their traditions, and that is not fair. In a school you have to celebrate all cultures. You must educate all cultures.”

Galligan said teachers should be OK with researching and talking about uncomfortable subjects like 1921’s Tulsa race massacre, which targeted Black people’s homes and businesses in Oklahoma.

“Wilson County’s teaching staff does not reflect Wilson County’s population,” she said. “We’re getting there, maybe, but when I worked in Wilson County I never had a Black administrator and I never worked with a minority teacher. And you know what happens when that happens? It becomes an echo chamber. We just talk the talk and walk the walk, but we don’t have uncomfortable conversations … we’re just talking amongst ourselves to make ourselves feel better.”

Retired county teacher Robin Bender-Morthel also spoke at the protest and said the focus should be on deeds rather than words.

“There are numerous cases of inequality and injustice that still exist across the nation, even right here in Mt. Juliet,” she said. “Health care, employment, the criminal justice system, housing, politics, education — the disparities go on and on.”

Morthel said schools in particular should work toward inclusion and asked attendees to use their own voices to promote changes in those systems.

“We have to work together to change perceptions,” she said. “To reach out across the aisles, to look beyond our own life experiences and consider the lives of others in order to have empathy.”

Daren Reese, a 2008 graduate of Wilson County Schools, attended the event with his wife Emily and said he was happy to hear Morthel was participating.

“My wife told me about it, and I took off work so I could join her,” he said. “I think it went well, the speakers had a lot of great things to say and I definitely want to be involved in the future. I love Mt. Juliet, it’s a great community and city to be a part of.”

Emily Reese said she learned about the protest on Facebook and decided to join in.

“I think it’s easy for people to assume Black Lives Matter means you’re anti-police,” she said. “But my dad was an officer in California for years … I think it’s been great, and it’s stayed very calm and peaceful.”

The Mt. Juliet Police Department itself was involved with the protest by providing an escort during the walk, and Chief James Hambrick was among the event speakers.

“There’s still work to do, even here in Mt. Juliet,” he said. “As your police chief here, I’m just telling you what Mt. Juliet is about. We’re about equality, we’re about justice, we’re against police brutality in all forms. And so we have no problem with peaceful protests and demonstrations. We do have a problem with destruction, and with those that would come and do things that draw attention away from the narrative.”

Hambrick said it takes change on an individual level to drive change in society, and asked attendees to focus on unity.

“It’s not rocket science, we just have to love and respect one another,” he said. “And if we want to see real change and demonstrate real actions, and I’ve said it before, real actions will not happen without a changed mind and a changed heart.”

Sanders said the two were separated for many years after Jacob deceived his father for his birthright, but that they reconciled after meeting at God’s command.

“When God got through working on Jacob’s heart — and that’s what it’s going to take, God’s got to work on it because if it doesn’t happen in the heart there will never be real change,” he said. “Real change comes with getting touched, when you have a one-on-one encounter with the one that’s able to change your heart.”

Pastor Jacob Armstrong of Providence United Methodist Church also spoke at the event, sharing a quote from Martin Luther King Jr. describing the church as an “arch-defender of the status quo” that risks losing its voice and meaning in doing so.

Armstrong voiced his support for the Black community and the Black Lives Matter movement during his speech, alongside other religious leaders like Sanders.

“Jesus told a story where religious leaders like myself walked past the one who was suffering in the ditch because they had somewhere else to be,” Armstrong said. “Somewhere more important to go, a schedule to keep. We as religious leaders in this community are here to say, we have nowhere else that is more important to be … we commit to be thermostats that will transform the values of our society. We will not shrink from this high and holy calling, the time is now — Black Lives Matter.”