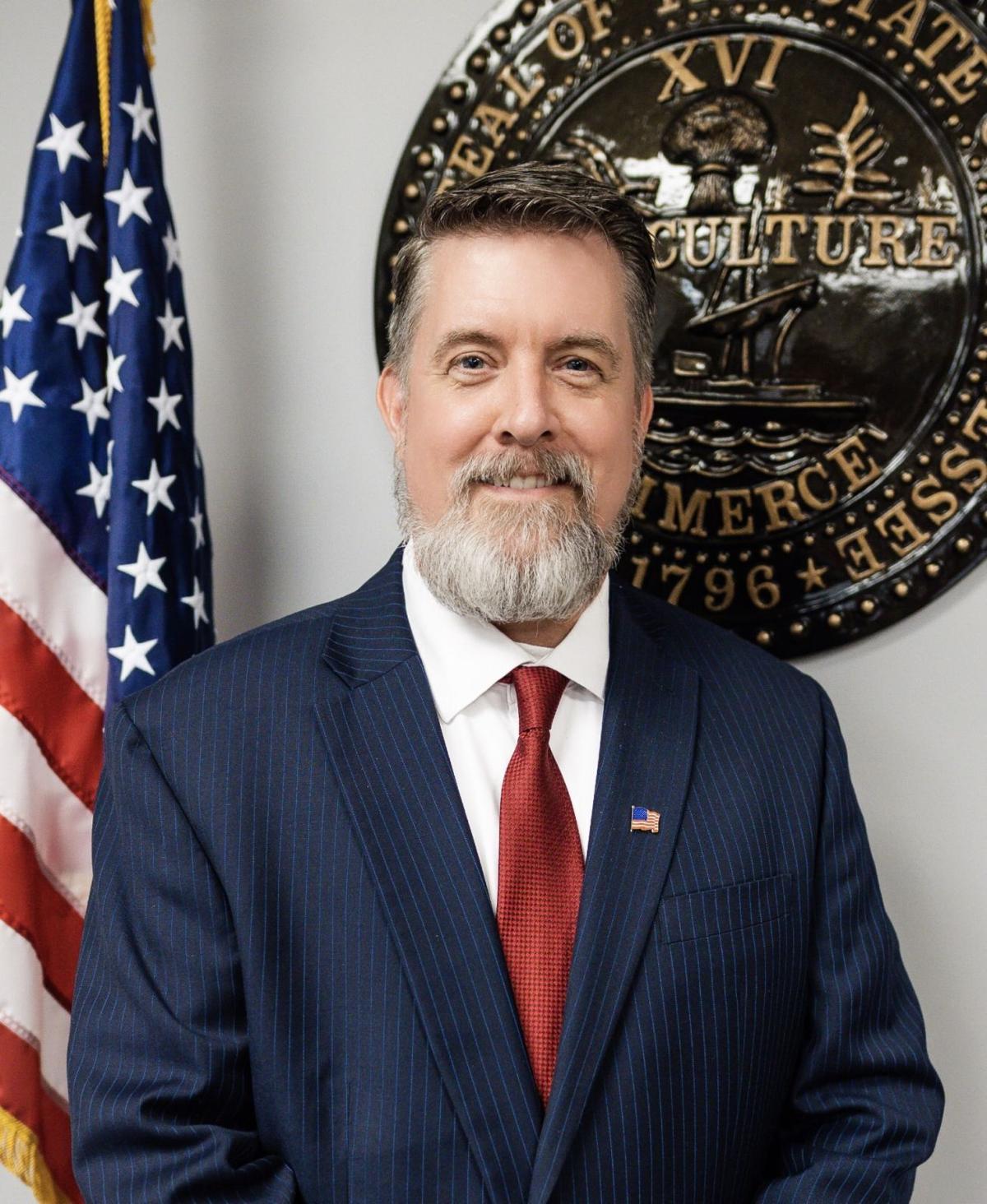 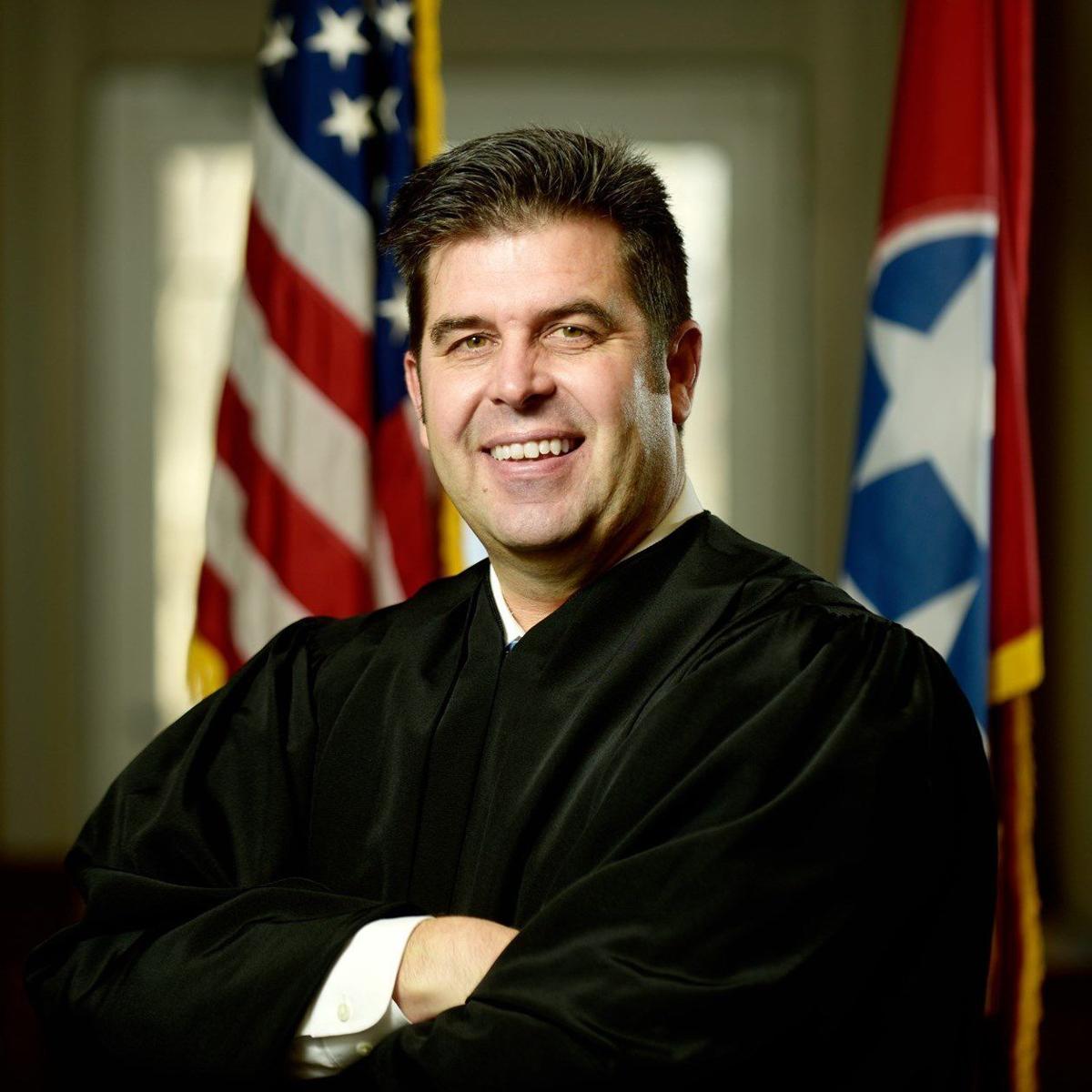 The Lebanon Democrat asked candidates for the 15th Judicial District’s circuit court vacancy why they are running for office and how they plan to interpret and apply the law.

The election is scheduled for Thursday. For more information, visit www.wilsonelections.com.

Question 1: What makes you the best candidate for the position?

In my humble opinion, I am the best candidate for Circuit Court Judge because I am the most qualified candidate based upon experience, knowledge of the law and peer review.

During my 25 years practicing law in the 15th Judicial District, it has been a blessing representing all the individuals, families, small businesses, corporations, churches and government clientele. Through the course of my career, I have counseled and advocated zealously the legal rights on behalf of my clients in seemingly an infinite variety of cases and other matters. Many of those cases resulted in jury trials in our Circuit Courts as well as other Circuit Courts in other judicial districts.

Jury trials sharpen the skills of any jurist. It requires extensive research in multiple areas of the law as well as practical application. Further, the volume of appellate work at the Tennessee Supreme Court, Tennessee Court of Criminal Appeals and Tennessee Court of Appeals during my career only served to enhance my knowledge of the law.

Even more recently, of the 75 attorneys surveyed in our local 15th Judicial District Bar Association, 94.7% recommend me as your next Circuit Court Judge. For the judiciary to thrive, it is vital a good working relationship with the experts practicing in our courts be present.

Question 2: How do you intend to interpret and apply the law if elected?

Any skilled jurist must be a student of the law to effectively interpret the law. As a constitutional conservative, I take umbrage at judicial activists across our nation diligently working at rewriting our constitutions and the well-established rule of law handed down from our legislative and judicial branches of government over the centuries. Well-reasoned and principled decisions should not carelessly be overturned when the decisions are rooted and grounded in the constitutional framework established by our people.

Whether the body of law applicable to a case or controversy is based in our United States Constitution, Tennessee Constitution, statutory, case law, procedural, evidentiary or administrative law, every citizen is entitled to fair and impartial treatment. The mandates for a Circuit Court Judge do not give way to personal preference or respect of persons when it comes to the administration of justice. This is not to say that a judge is to be devoid of wisdom and common sense when judicial discretion is allowed.

Question 3: What impact do you hope to leave on the community as a circuit court judge, and how do you plan to do so?

The judiciary is arguably the slowest moving branch of government. The impact on anyone’s community can be measured by the consistency and the standard of excellence held by the judiciary collectively over time. Albeit, there are those occasions where a decision may immediately impact a community more than others, especially those of a social and/or cultural value.

As far as the personal impact I hope to leave on the entire 15th Judicial District, I want to make the right legal decisions fairly and impartially regarding every case and controversy as Circuit Court Judge.

I will fulfill the duties and responsibilities committed to the office of Circuit Court Judge pursuant to our constitutions, statutory and case law while upholding the ethical requirements.

I expect to hold myself to the highest standards of excellence and accountability for my actions as Circuit Court Judge as required by the public trust held by the office. It is my conviction that when we speak and act as though we will ourselves be judged, the lives of others around us are impacted by the evidence of our words and deeds.

Question 4: What do you see as the biggest challenge facing someone working as a judge, and how will you address it?

Prefacing my response, I am not certain that there is any one challenge greater than another. However, many have come to realize the dangers associated with COVID 19 are real. Without an elaborate discussion regarding the efficacy of masks and social distancing, we live in a world that requires a more “thinking outside the box” state of mind than ever before. There is a balance that must be held where we do not curtail liberty in some while maintaining the respect of the liberty of others. The rule of law must be maintained for us to remain as a free and civilized society.

One of the first propositions regards the impact of COVID 19 on the caseload. Court-ordered alternative dispute resolution (ADR) should alleviate a percentage of the cases. ADR can be conducted in a safe setting without exposing the public and court personnel. Minitrials or bench trials in a controlled setting are also an option.

Criminal cases are much more delicate given the various constitutional safeguards guaranteed citizens accused. As a practitioner, one of the most significant advantages we have in the 15th Judicial District is the good men and women who work in the legal system. I have witnessed a heightened cooperative effort resolving criminal cases, which I would continue to encourage along with disposing cases via electronic telecommunications.

Question 1: What makes you the best candidate for the position?

I am a Christian and conservative, and I am proud to have prevailed in the March Republican primary making me the Republican nominee for circuit court judge. With that said, I am the only candidate that has swore an oath to uphold the law and follow the Constitutions of the United States and Tennessee. With my proven judicial experience I am the only candidate with which you can observe I have treated all that come through my court fairly in the eyes of the law, no matter their race, religion, political beliefs, economic position or any other individual characteristics.

Question 2: How do you intend to interpret and apply the law if elected?

As a sitting judge, I understand my role is to follow the law only and administer justice, not to change the law or legislate from the bench. When I was elected to serve as general sessions judge I took an oath before I first took the bench. Circuit Court Judge John D. Wootten Jr. administered the oath to which I swore as follows:

After Judge Wootten announced his retirement in November of 2019, my wife and I prayed for six weeks to determine if we believed God intended me to seek the circuit court judge position. An important part of my life is my relationship with God, and an important part of the oath is the last phrase that says, “so help me God.” It is required that I follow the law not only by the law that governs me, but by the oath I swore before God.

Question 3: What impact do you hope to leave on the community as a circuit court judge, and how do you plan to do so?

As general sessions judge, I’ve started and maintained many programs intended to solve societal and criminal justice related problems. I started the first Misdemeanor Recovery Court in our district aimed at taking non-violent offenders and offering them opportunities at recovery.

I partnered with people from the community, and from churches of all denominations that would be willing to get involved with people’s lives and divert them out of the criminal Justice system, all at no cost to taxpayers. I received a substantial grant from the Department of Justice in which our goal is to focus on at-risk children who have experienced severe adverse childhood experiences and then mentor them in a way to reduce the likelihood of negative social outcomes.

For those who appear on my probation, I require them to work. Together, with our probation supervisors, we have reached out to dozens of local businesses in seven surrounding counties to find employers willing to hire people with criminal records and the requirement of treatment or therapy or probation. If the people on my probation still can’t find a job, then I require them to do community service as opposed to sitting at home doing nothing. Oftentimes, this encourages people to go out and find a job and support themselves and to have a positive impact on society as opposed to a negative impact.

As a result of these programs and the many others that we have started, I was awarded the Community Impact Award by the Smith County Drug Prevention Coalition.

I could make promises and tell you what I’m going to do as circuit judge, but I’m the only candidate that can tell you what I have done already. With that said, I pledge that I will come at the job of circuit court judge with the same passion, energy, and heart to positively impact our community.

Question 4: What do you see as the biggest challenge facing someone working as a judge, and how will you address it?

There are many challenges in our district for the justice system and our circuit judges.

Most recently, all of the issues related to the coronavirus have been challenging to overcome. The Supreme Court in early spring ordered that all in-person court be suspended except for limited circumstances. Shortly thereafter, the Tennessee Supreme Court ordered all Judges to present a plan to reopen courts while observing strict safety guidelines. As a sitting judge I worked closely with our county officials, our sheriff, our presiding Judge Brody Kane and many others to accomplish reopening court.

Another current challenge of any government entity, especially the courts and the justice system, is to foster faith and trust in our system such that all people feel they are getting a fair opportunity to due process in any of their legal matters. As judge, I seek to treat everyone with respect, to inform them of their legal rights, and to make sure they have every opportunity to plead their case and be adequately represented and heard. If elected to circuit judge, I will continue communicate with those before me in an effort to help them understand that they can have faith in the system to which I am a part.

If elected circuit judge, I will continue to form relationships with community partners in order to build a larger coalition of caring groups to deal with all the issues created by addiction. As general sessions judge, I have hands-on experience in building those coalitions necessary to create solutions to the many problems caused by addiction.