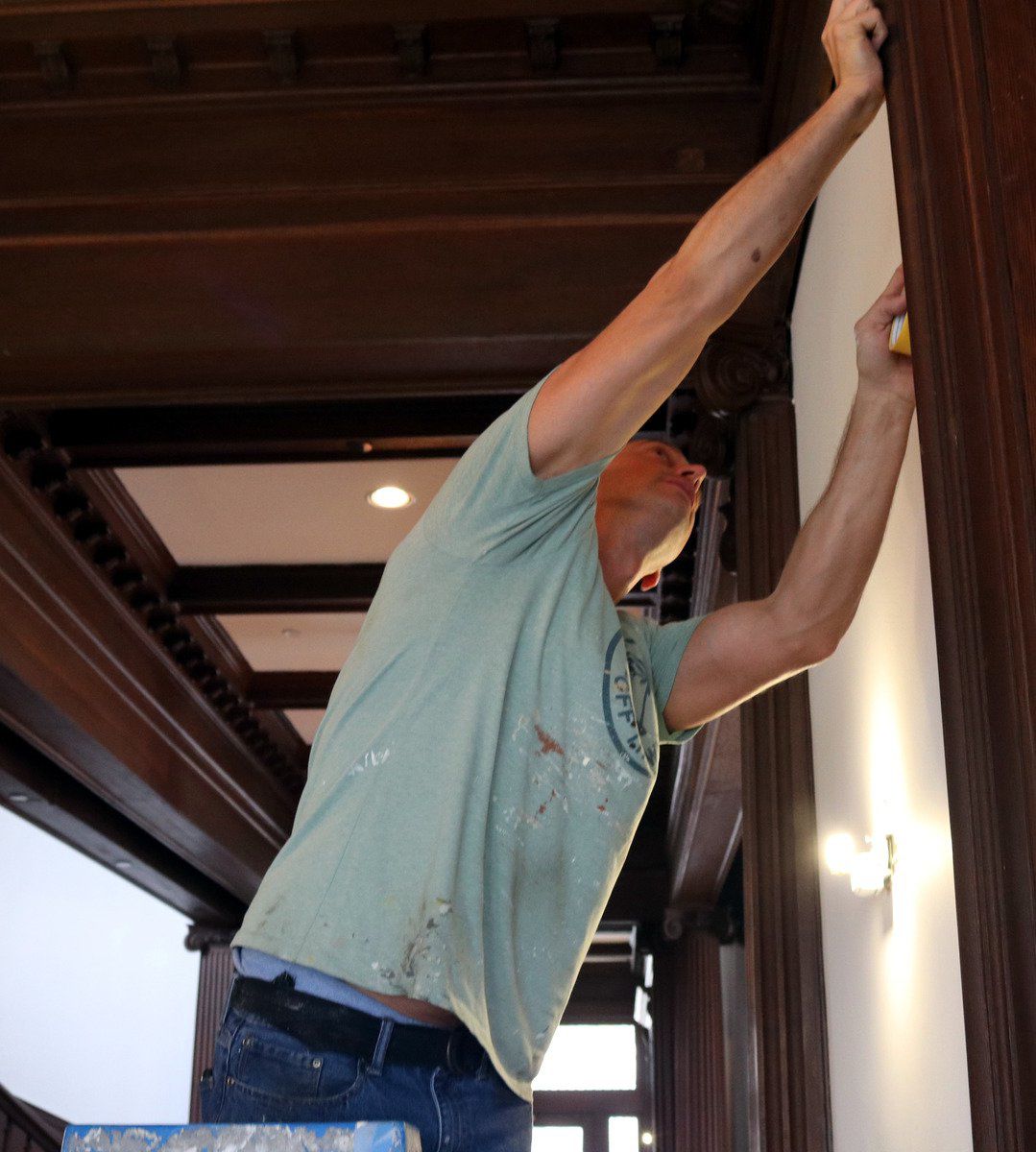 Jonathan Breen gives the Mitchell House a fresh coat of paint as the City of Lebanon prepares to move several departments into the building. 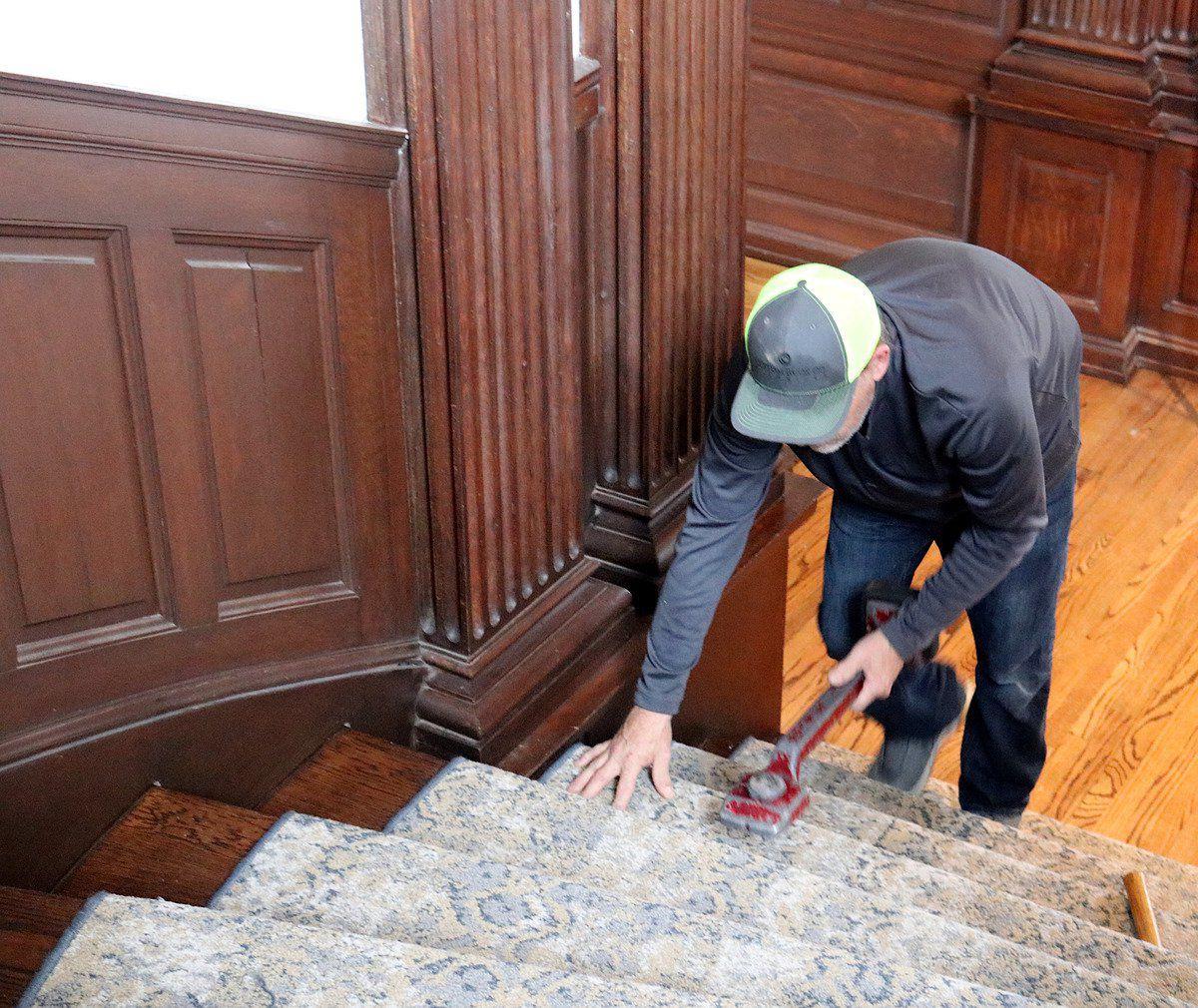 Matt Brown of Custom Rugs works on replacement carpeting in the Mitchell House's stairwell ahead of the City of Lebanon's move into the building. 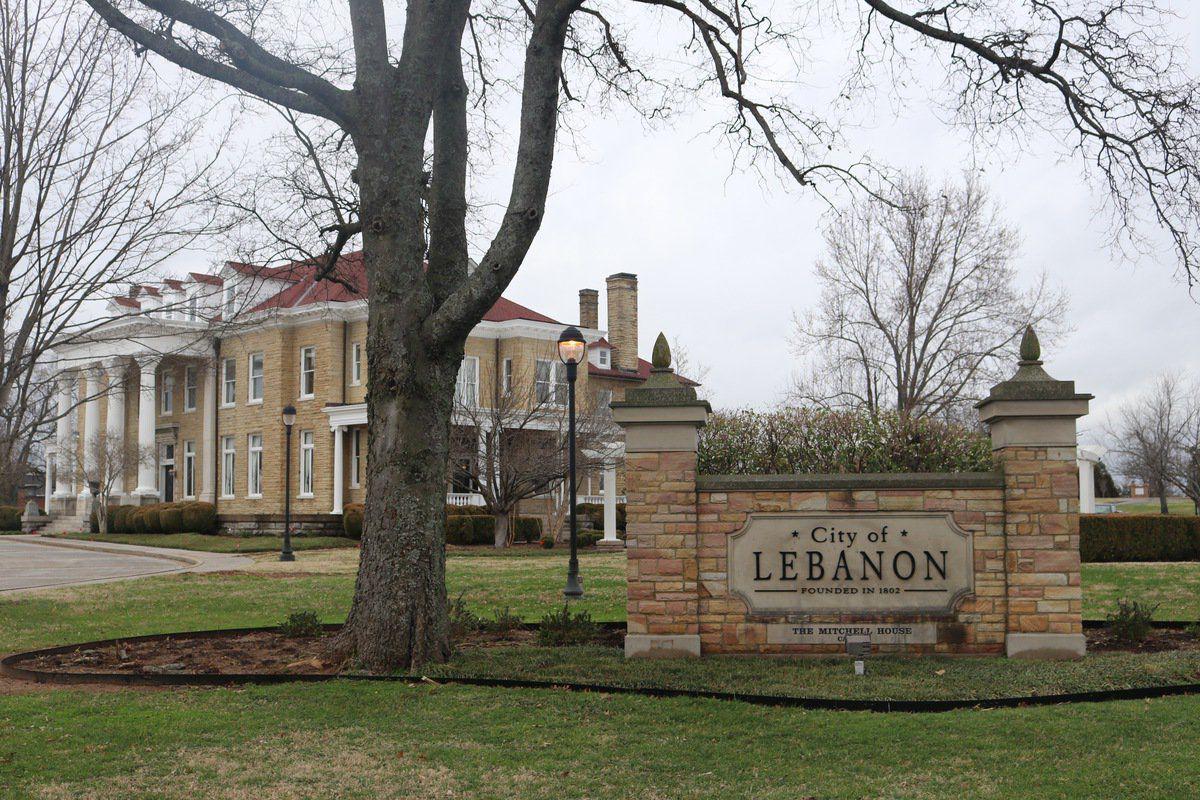 The City of Lebanon is tentatively expecting to move several of its employees into the Mitchell House by mid-February, after purchasing the building from Sigma Pi Fraternity in May 2019.

Jonathan Breen gives the Mitchell House a fresh coat of paint as the City of Lebanon prepares to move several departments into the building.

Matt Brown of Custom Rugs works on replacement carpeting in the Mitchell House's stairwell ahead of the City of Lebanon's move into the building.

The City of Lebanon is tentatively expecting to move several of its employees into the Mitchell House by mid-February, after purchasing the building from Sigma Pi Fraternity in May 2019.

After purchasing the Mitchell House from Sigma Pi Fraternity in May 2019, the city of Lebanon is moving forward with work on the building and hopes to move employees in by mid-February.

Lebanon Mayor Bernie Ash said the project is intended to provide a new home for some of the city's departments due to a lack of space at Lebanon City Hall.

The city spent $1.15 million out of its fund balance to acquire the building, and approved an additional $250,000 for light renovations that began in October 2019.

"We've tried very hard to balance historic preservation and office functionality," said Lebanon Mayoral Assistant Debbie Jessen, who has been supervising the project. "I think we've accomplished that, and that the community will be proud of what we have here."

Departments slated to move into the Mitchell House include human resources, payroll, legal, economic development and mayoral staff. The remaining employees will stay at Lebanon City Hall and fill out the vacated office space.

"We're pretty crammed in here right now," he said. "We're surviving, but it's not the most efficient way to do things. Our plan is to move bid inspection to the first floor so it's more accessible for people who need to pay for fences, pools and what have you."

Currently, the public works department has multiple offices shared by two to three employees. Other departments are working in similar situations.

"If you look at the next 10 to 20 years, if we need to expand we can do that after this move," Baines said. "There are not currently any plans to add positions, but if the need develops we'll be prepared for years to come."

In addition to office space, the plans for the Mitchell House include a conference room and employee training area.

"This space will be more focused on services for employees," Jessen said. "We're bringing economic development in so that when business, legislators and others come to visit that we can highlight this building, and we believe it will benefit business growth in the area."

That vision is part of the reason the city looks to maintain the property's historic value. No additions are planned to the structure, and the city will encourage residents to continue taking photos in places inside and out that have been popular backdrops over the years.

A majority of the original materials used to build the Mitchell House are still intact, and the work has been largely focused on repainting and replacing the carpet.

"We're about to get the tiger fountain outside operating again, and the arbor has these beautiful down lights," Jessen said. "The springhouse, which was used as an armory when Castle Heights Military Academy owned the building, will be restored, and we're committed to making sure things don't deteriorate."

The Mitchell House's history dates back to 1910, when it was completed and opened as a home for then-Cumberland University President David Mitchell. It was later sold to Castle Heights Military Academy in 1936, where it was repurposed as a junior school for 50 years until the academy closed.

In more recent years, the building served as the corporate headquarters for Cracker Barrel and as a venue for weddings and other occasions. Sigma Pi had been using the property as its international headquarters until the city's purchase.

"I feel like the Mitchell House is a crown jewel of Lebanon," Jessen said. "It's one of the grandest buildings in the community, and we wanted to make sure to acknowledge that while integrating the city of Lebanon."