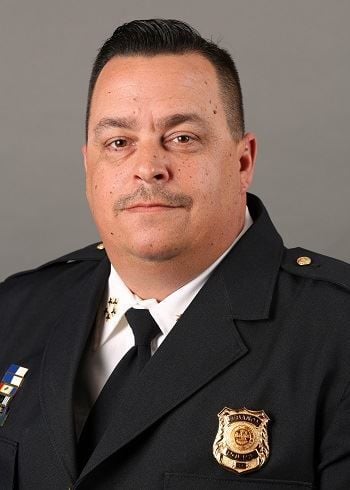 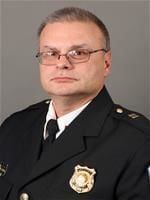 The Tennessee comptroller’s office is investigating multiple alleged violations by Lebanon Police Chief Mike Justice and Major Koy Lafferty after Mayor Bernie Ash received a complaint against them on Aug. 31.

“In today’s climate of police corruption, these are the type (of) incidents that cause our citizens to be fed up,” Massey wrote in his complaint. “It is long overdue for the people who have taken advantage of the system, and made many mistakes along the way and never (been) held accountable, to have to answer for their actions.”

Justice and Lafferty have denied all accusations, except for a detail included in one complaint alleging that Justice failed to properly maintain a patrol vehicle before his promotion to chief.

“Thus far we have detected no irregularities in the drug seizure and forfeiture process which was the basis of the initial complaint,” Wright said in a statement. “But out of an abundance of caution, and for full transparency, we have asked for the comptroller’s office to review the information.”

The city plans to release a follow-up statement after finishing its inquiry and hearing from the comptroller’s office. Justice and Lafferty both remain on active duty in the meantime.

Massey has also requested the destruction of a reprimand he received during an internal investigation into Sgt. Kenny Powers, who was accused of not correctly reporting his involvement in a pursuit. Massey told Powers the source of the complaint against him and was a given a reprimand stating he failed to follow orders by doing so, but he maintains he was not given such an order.

In a written response to the city’s inquiry, Justice said he opted to give Massey a verbal reprimand rather than filing a written one into his personal file.

According to a copy of Massey’s complaint obtained by the Democrat, Justice had a 20-foot gooseneck trailer assigned out to him for department use in September 2010 after it was seized during a federal drug investigation.

Massey alleged that the trailer has not been seen on department property since and that Detective Eric Brockman, who originally seized it, said Justice still has it at his home. Massey further stated that LPD has no documentation of the trailer being legally sold or disposed of.

Justice said the department sold the trailer through GovDeals on September 20, 2016 to Gilbert Wyatt of Hamilton, Ohio. His response to the complaint includes a Lebanon Public Safety Department bill of sale for a trailer matching Massey’s description dated December 27, 2016 with Wyatt’s personal information listed, along with a city receipt dated December 29, 2016.

Massey’s complaint further alleges that the LPD sold a similar 20-foot gooseneck trailer through GovDeals on August 1, 2011, and that neither it nor the one Justice signed out had serial numbers listed. The receipt Justice provided for the 2016 sale does include a serial number for the vehicle.

“The described trailer has never been in my personal possession nor on my personal property,” Justice wrote in his response to the complaint. “The trailer was also marked and displayed government tags during its assignment with Emergency Services Unit.”

Massey also alleged that Justice signed out a Yamaha Rhino four wheeler on May 4, 2010 that was seized in the same case as the trailer, and that the department has no record of its current location or where it was legally sold or disposed of.

Apart from those asset seizures, Massey alleged that Justice had an employee change the oil in a city-owned vehicle he drove before taking it to a dealer for repairs to avoid voiding its warranty.

Justice said he had allowed the vehicle’s mileage to overrun and did not change the oil as scheduled, and had an ESU tech add engine oil after hearing a noise from inside. This is the allegation he referred to as “partially true,” and the city’s statement adds that he was not serving as the chief of police at the time.

“As to my recollection, it was known from the onset that the warranty would be questionable and was totally handled at that point by the garage staff,” he said in his response. “We did cease changing oil at the garage request for proper documentation since we did not use the same ID tags … this was never hidden.”

The complaint also alleges that Justice ordered Officer Jeff Pickens to bring a load of mulch to his home and do landscaping before his wedding while he was on-duty, and describes a separate incident when Lafferty allegedly ordered officers to load department-owned ammunition into Justice’s vehicle for a weekend of shooting with friends.

“I can’t recall if I or a member of my family … had went to town and forgot my debit card,” Justice said of the allegations related to Pickens. “Jeff offered to come pay for the mulch and I would pay him back. It did not involve Jeff hauling or working, only stopping by to pay for it in my stead.”

Justice also denied the ammunition complaint, stating that he has only received additional ammo during annual in-service and to maintain storage in his patrol vehicle.

One of Massey’s most serious allegation against Lafferty claims he told Detective Donnie Self to destroy evidence while serving as a lieutenant in late 2012 to early 2013.

According to the complaint, Self was working with a confidential informant to make controlled drug purchases from local dealers, and the department had many resources tied to their agreement.

“After one last buy, Detective Self caught the informant ‘pinching’ the dope he had bought, also known as stealing part of the product,” Massey wrote. “This was a violation of the contract the informant had signed with the police department, and now also brought his credibility into question. This action now put all the cases in jeopardy that he had worked on.”

Lafferty allegedly told Self twice to destroy the drugs to avoid losing the informant’s cases, which Self allegedly refused to do unless given an order in writing. Massey claims Lafferty did not provide a written order because he knew destroying exculpatory evidence would be illegal.

In his response to the complaint, Lafferty wrote that Self and Detective Ray Ferguson had lost approximately $200 that they suspected the informant of stealing during the buy, and that he contacted former Chief Scott Bowen and reported that they would no longer be able to use that informant.

“It is true that there were several cases, and thousands of dollars of work that would be in jeopardy,” Lafferty wrote. “Chief Bowen or Commissioner (Billy) Weeks contacted the District Attorney’s office, who concluded that since we could not prove the funds had been stolen by the (informant) rather than lost by Detective Self, we could continue using the (informant) to purchase drugs and they would be comfortable prosecuting existing cases, and future cases.”

Lafferty said that by his recollection, the drugs purchased the night the money went missing were destroyed and the case was not prosecuted. He also stated that he “vocally” disagreed with Bowen about further using the informant and was only convinced after the DA’s approval.

Massey’s complaint also alleges that the Lebanon Police Department responded to a domestic assault call involving Lafferty. The complaint places the timeframe for the alleged incident between late 2012 and early 2013.

According to the complaint, former Capt. Mike Hale and former Chief Scott Bowen went to Lafferty’s home after receiving a call from him the day of the incident. Massey also claims there was an allegation that Lafferty struck his wife before the other officers arrived, at which point Lafferty was allegedly arguing with his wife outside.

Lafferty then allegedly pushed his father-in-law off the home’s porch after he stepped in between them, at which point Bowen allegedly took Lafferty away in his vehicle.

Massey stated that, to his knowledge, Lafferty was never investigated, disciplined or charged as a result of the incident. The complaint also claims Hale, who now works with the Wilson County Sheriff’s Department, said he was never approached for a statement or heard of any disciplinary actions against Lafferty.

Lafferty denies that he assaulted either his wife or his father-in-law, and said both Bowen and Hale concluded there was no need for further action.

“My wife and I are happily married and I would not like to discuss all of our marriage troubles from that time period,” Lafferty said in his response to the complaint. “We have recovered from those difficulties, and since that time we have added a child to our family, but yes, I did call either Captain Hale or Chief Bowen and asked them to come pick me up. At this time, they were aware of problems we were having and I was needing a ride to Officer Chris Luna’s house where I was going to stay the night, and let the problems my wife and I were experiencing settle down.”

Further allegations against Justice and Lafferty

Massey’s complaint also alleges that Justice moved the evidence room to the Lebanon PD’s new building to force Capt. Brent Willett to move after receiving a letter from his attorney. The letter allegedly stated moving Willett would violate a city agreement made when Scott Bowen served as police chief.

Justice said the city’s HR department confirmed moving Willett would have violated the agreement, and that he had a personal conversation with him after receiving the letter from his attorney.

“I felt that Captain Willett did understand the need and he agreed to the move,” Justice wrote in his response to the complaint. “In fact I thought the conversation was pleasant and served both of us well … the move has proven to be a huge asset and benefit to daily workflow issues.”

The complaint also alleges that Justice keeps his personal dogs at city-owned kennels for department employees to feed and care for.

Justice said he occasionally keeps a male German Shepherd at the rear kennel area, and that the dog will eventually replace one of the department’s K-9 units. He said the city does not purchase food or medical care for the animal because it has not entered K-9 rotation, and that his other dog — an indoor Chihuahua — has never been on city property.

A third complaint against Lafferty alleges that he found a cell phone on a prisoner in an interview room, then cursed and threw the phone at the officer who brought him there in front of other detectives.

“I don’t have any memory of this event at all,” Laffery said in his response. “I can imagine if I found a cell phone in an interview room on someone who was supposed to have been searched, I would become angry. I hate to admit but maybe I would curse. I cannot imagine me throwing anything at an officer or anyone else for that matter.”