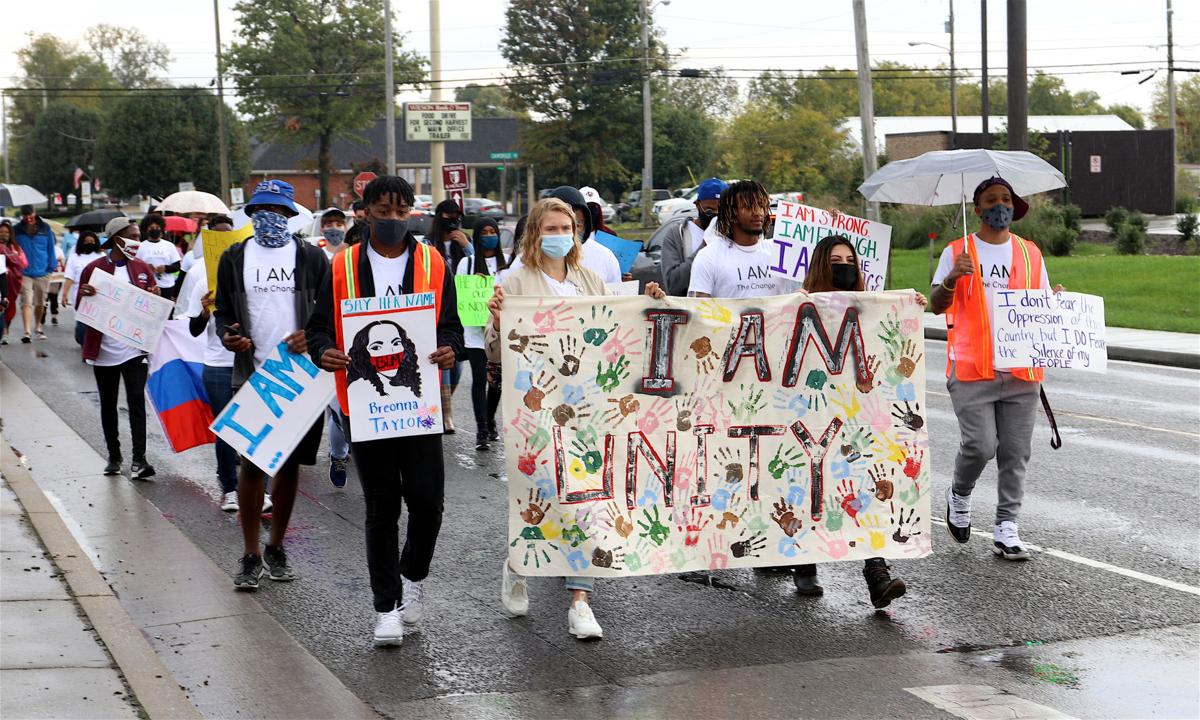 Cumberland University students march for equality from Nokes-Lasater Field to the main campus during the I AM Human Parade held Saturday. 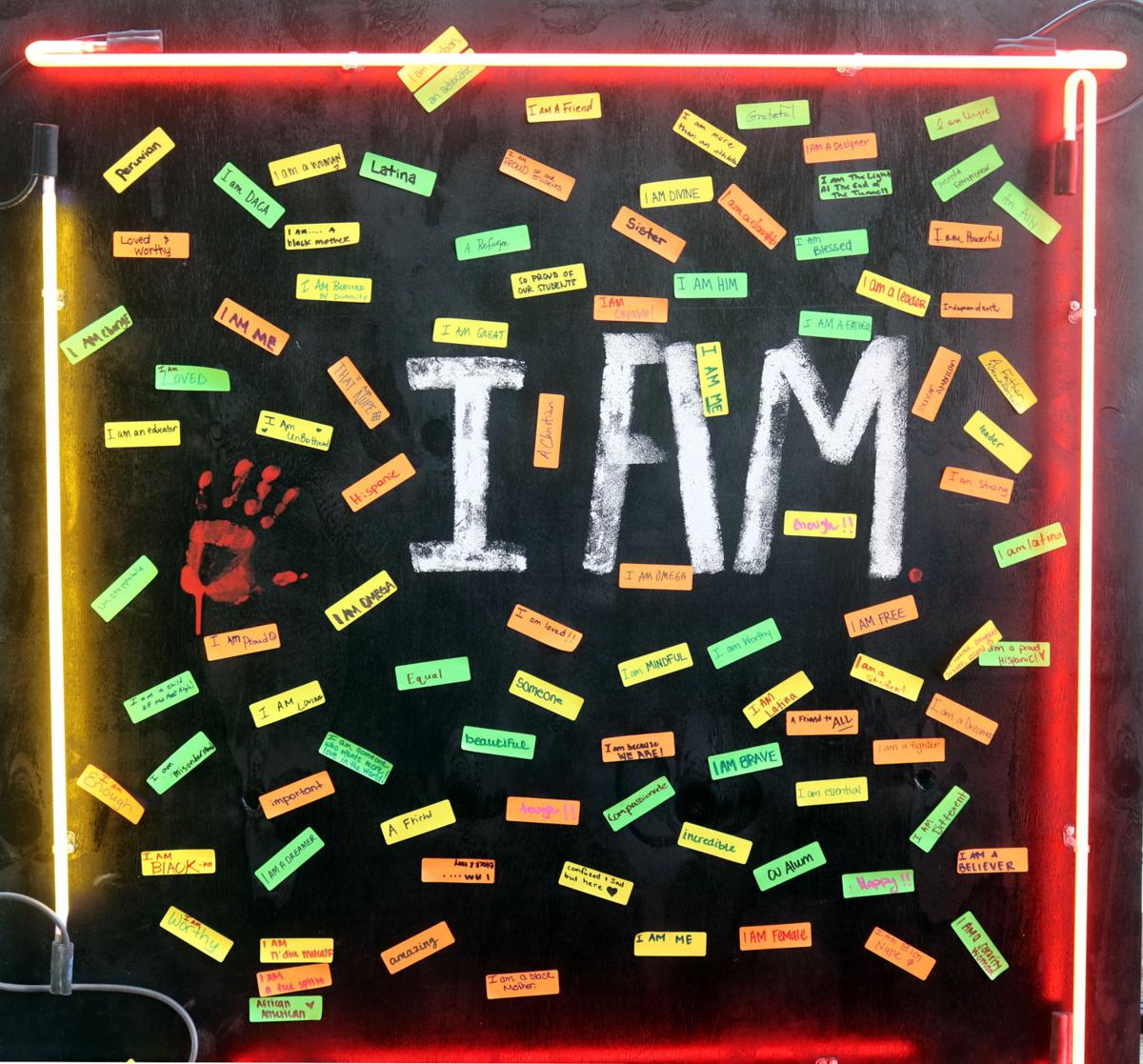 Members of the Cumberland University community contributed to an “I AM” display located near the center of campus after participating in the I AM Human Parade held Saturday.

Cumberland University students march for equality from Nokes-Lasater Field to the main campus during the I AM Human Parade held Saturday.

Members of the Cumberland University community contributed to an “I AM” display located near the center of campus after participating in the I AM Human Parade held Saturday.

Cumberland University’s community joined together in a march for equality on Saturday, traveling from Nokes-Lasater Field to the school’s main campus.

Sanctuary for All organized the I AM Human Parade with support from several other student organizations. Attendees also gathered for a program afterward to share their individual experiences.

“In spite of any challenges that we’re facing, we were just there to be together,” SFA co-founder Dulce Castro said. “We know that we’re all facing different challenges, but just showing that we’re a community and that we are here for each other, that was the plan.”

Diversity and Inclusion Director Rebekah Sookdeo said the student body wanted to hold a demonstration after the social division caused by events like George Floyd’s death over the summer.

“Really, the biggest thing is just unifying everybody, getting everybody in the room talking and being out in front of everybody,” Anti-Racial Movement member Jimmy Turner said. “I feel like this raises awareness and starts a conversation with people, because seeing us march means countless people will go home and tell their spouse or their mom or their dad, which really sparks a conversation. I feel like that’s the biggest problem right now is the elephant in the room that nobody likes to talk about.”

The students involved represented a variety of sexual orientations, ethnicities, cultures and more. Several of them shared how their identities have impacted their lives during the program portion.

“We are all different, so we want to acknowledge and understand the different situations that we’re dealing with in terms of racism, sexism and any of those types of things,” Sookdeo said. “In terms of the community, the goal is to raise awareness of that.”

SFA student sponsor Yosadara Vicente Hernández, a DACA recipient, highlighted how she struggled growing up as an immigrant as an example.

Vicente Hernández said she used to be embarrassed of her background, but today she is pursuing her master’s degree and wants to help other students embrace who they are.

“There might be somebody who is ashamed of who they are, and we wanted to bring light to those things,” she said. “There’s somebody like you that struggles in some sort of way, and if you don’t speak up … how will we help you?”

SFA worked to involve the other student organizations to represent as many backgrounds as possible. They also plan to keep working alongside each other to start more conversations.

“We try to make it a movement, so we want to continue to do things to impact the community,” AFRO president Shaquillra Taylor said. “Not just our single organizations.”

“The student leaders didn’t want this to be political,” SFA faculty sponsor Abby Pitts said. “They wanted it to be a show of unity, to show that we are all in this together.”

To demonstrate that togetherness, the students closed out the program by adding their identities to a display created by the university’s art department.

“The leaders wanted everybody to be able to tell their stories so we can see who they are as individuals,” Pitts said. “I don’t know if we want to be one voice, but we want to be one community that’s here together for one another.”