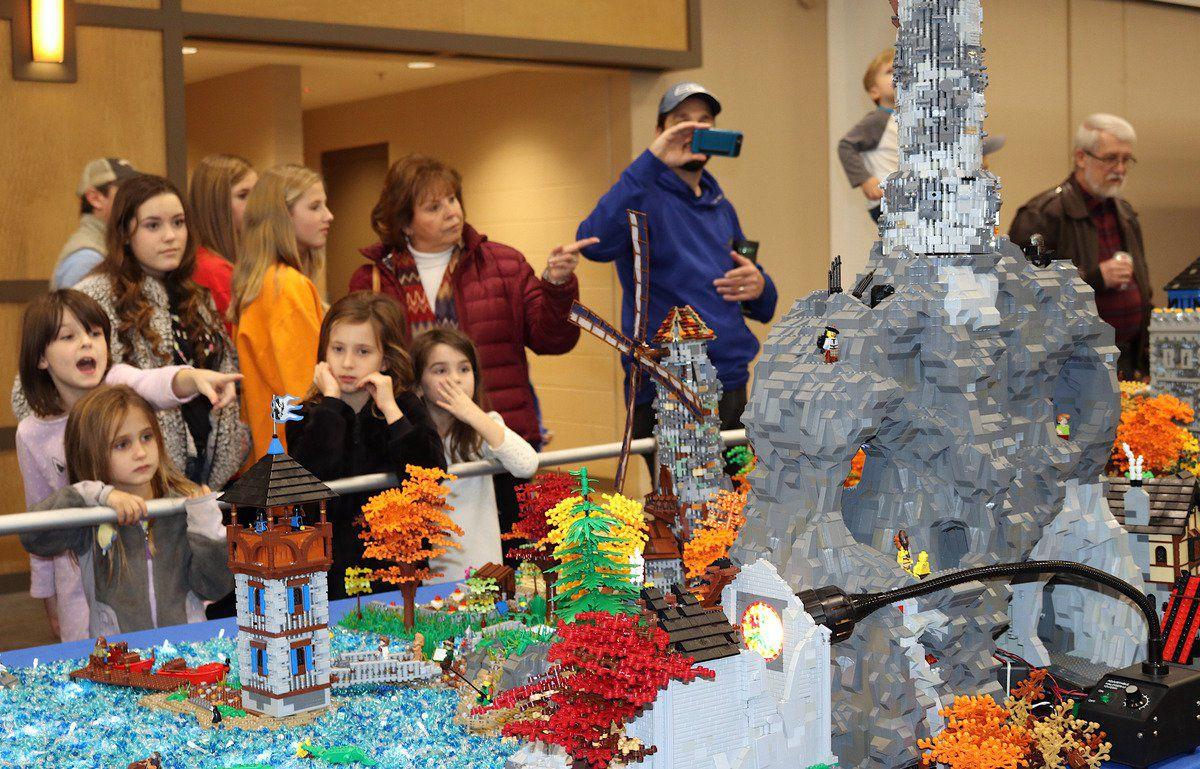 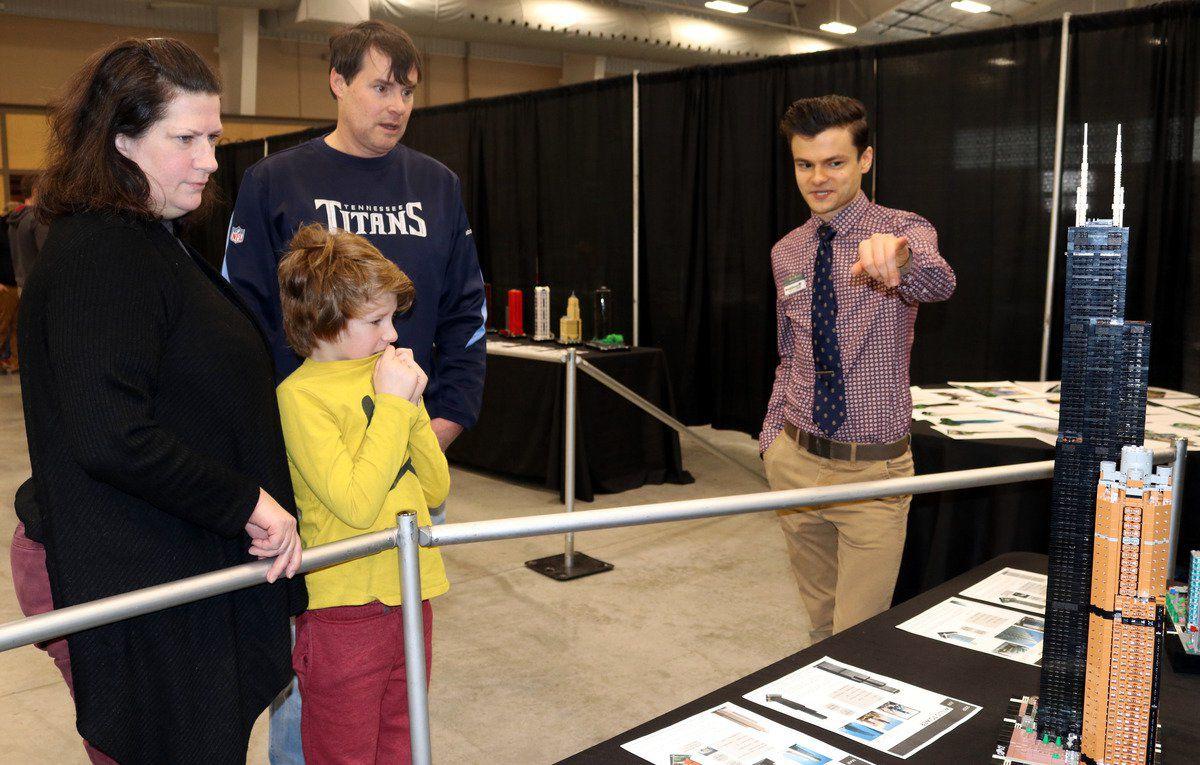 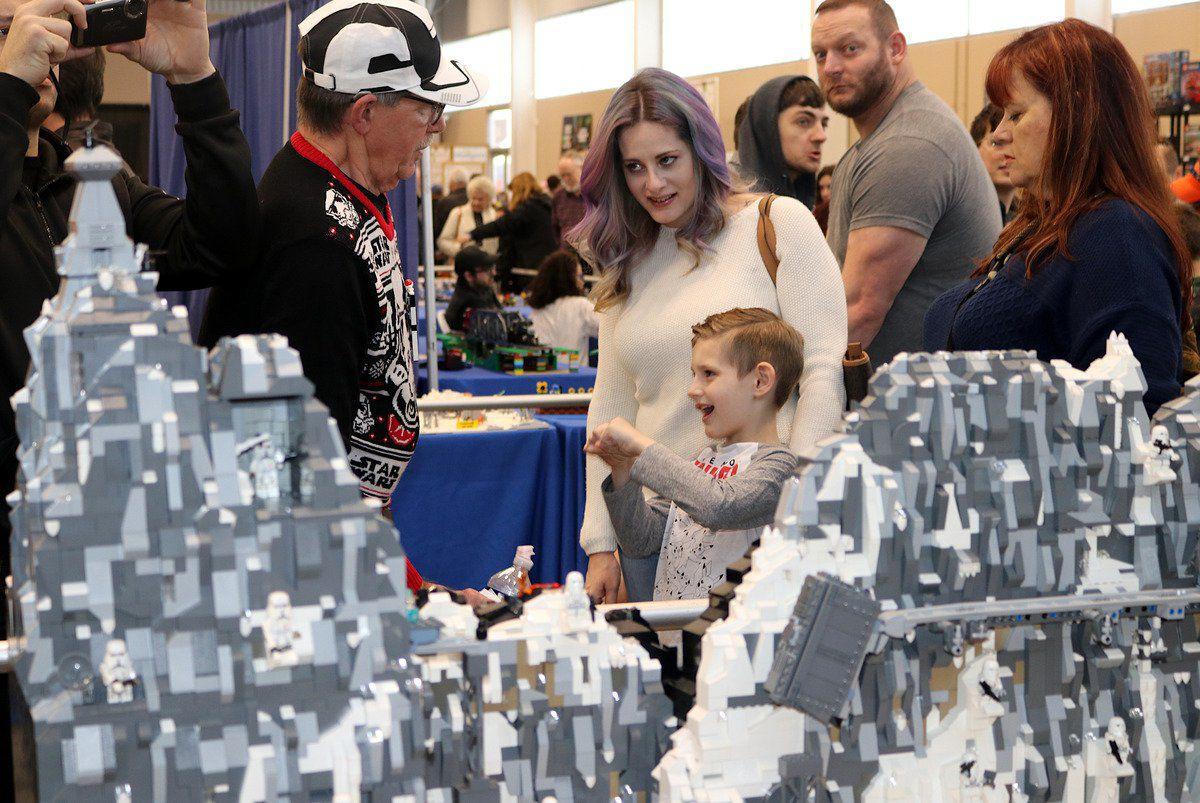 Any professional Lego artist will tell you the sky is the limit when it comes to what you can create, and those who came to town Saturday were looking to build passion for the craft among children.

The BrickUniverse LEGO Fan Convention hosted its second Nashville area event at the Wilson County Expo Center on Saturday and Sunday, and hundreds of visitors stopped by to take in the displays.

"This is definitely the ultimate Lego fan experience," event organizer Grayson Beights said. "But it's a little more than that. We're inspiring creativity in the next generation of architects and engineers. Lego products can be used in many ways, but they're also a medium to teach those concepts."

Rocco Buttliere, a Chicago native and one of the convention's featured artists, knows that well. His love for Legos and architecture go hand-in-hand, and his collection of scale models of landmarks is a popular booth.

"My work is all on the same scale, so for example you can see Dubai and Shanghai right next to each other and look at how they stack up," he said. "Back in 2008 I got into architecture, and I started my collection with Chicago's Willis Tower because it's a Lego-friendly, boxy shape."

Today, Buttliere's collection has grown to include more than 50 models of structures from around the world. It takes him roughly eight hours to set up the display and four to take it down when attending conventions.

"That's part of the fun," he said. "And it's always really welcoming to be at Brick

Universe, and be able to talk to people who have never seen things like this before. I'm very fortunate to be a part of it."

The Tennessee Valley Lego Club partnered with BrickUniverse to fill the convention with local artists as well. TNVLC Knoxville's Patrick Durham saw a steady flow of traffic at his Star Wars-themed display, which includes scenes from ice planet Vandor-1 on one side and volcanic planet Mustafar on the other.

"I started this by building the scene from 'Solo' on Vandor-1, and I had a black wall on the back to support it," he said. "So I realized that I could build something dark on the other side and started working on Mustafar."

Durham created an original story to go with his piece, which he enjoyed sharing with attendees over the weekend. He plans to continue building on both scenes and eventually separate them into their own structures.

"I raised my son and grandson on Lego bricks, and when the kids grew up we kept them," he said. "I'm exclusively Star Wars, and now I own over 600 sets."

TNVLC Nashville's Douglas Johnson created another display that drew crowds throughout the weekend -- an elaborate kingdom built from more than 200,000 bricks.

"I do this mostly for the kids," he said. "It's fun to see them point and find all the characters I've put in there. It took about a year and a half to build, and five hours to set up."

Like most Lego enthusiasts, Johnson picked up the hobby as a child and never looked back.

"As an adult, we have more money to spend so we can build some really complex things," he said. "Over the years I've gotten ideas online, from other builders at places like this and from my own imagination."

As the convention continues finding success in the Expo Center, it may also be where the next professional Lego artist finds their spark. Building stations and competitions were set up throughout the venue to make sure those children could start bringing their visions to life before heading home.

"Last year was amazing," Beights said. "We had such good feedback, so we made sure to come back, and we actually moved it up from March to January so it would be our first event of the year. We wanted to start strong, and these artists are the pinnacle of what you can do."