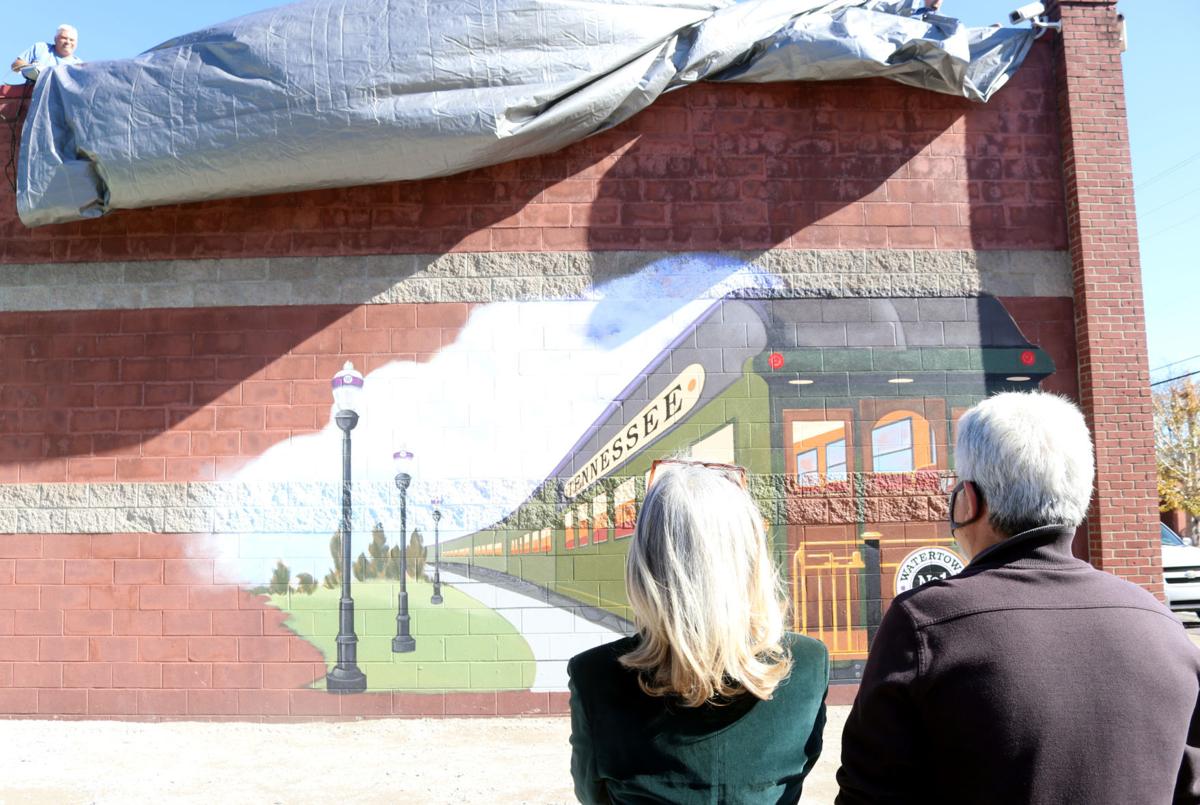 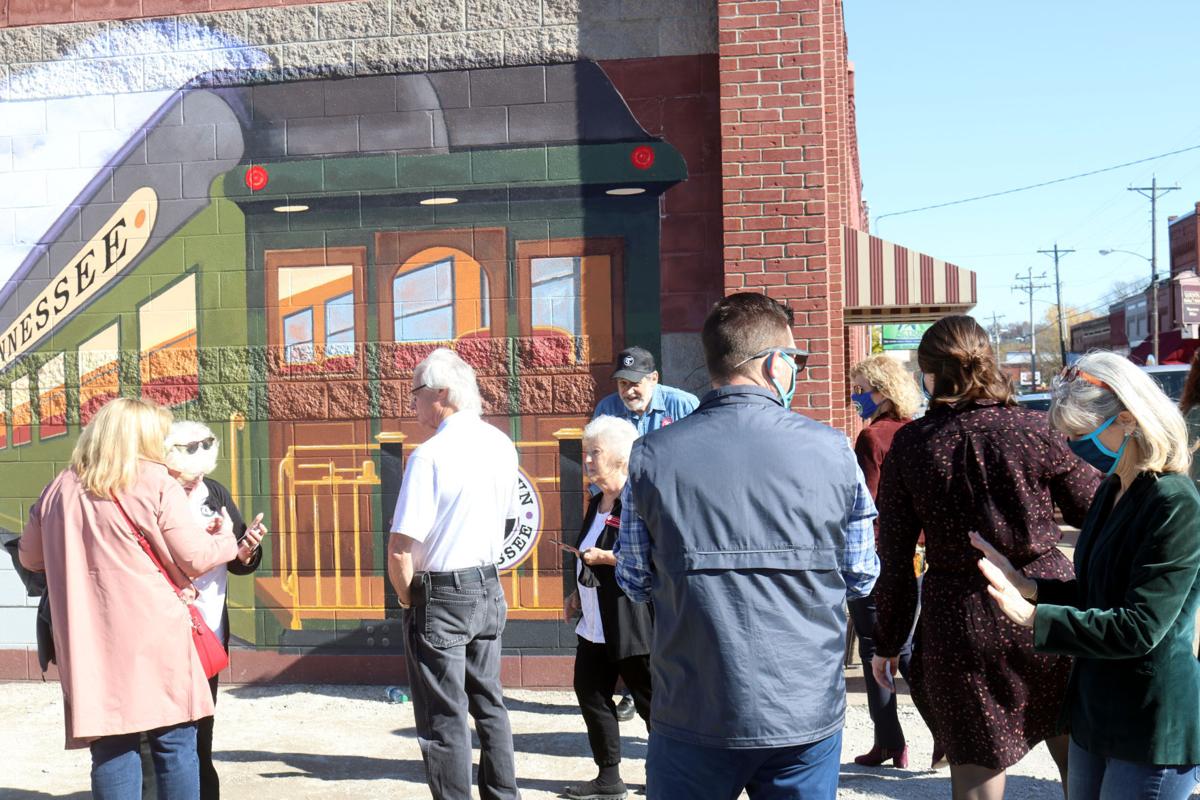 Watertown may be a little out of the way, but it has a thriving tourism industry thanks to the Tennessee Central Railway Museum.

Hundreds travel to the city each year on TCRM’s excursion trains to enjoy themed events and take in the sights downtown. The latest attraction: Paint WilCo’s seventh mural by Pat Jackson and Donna Delmas of Sun Graphics Signs, which pays tribute to those trains and their impact.

Residents gathered at Action Restoration on 105 W. Main St. to celebrate the mural’s unveiling Thursday. TCRM’s passengers will pass that same wall as they head from the depot into the city.

“We’ve been trying for quite a while to find a great spot in Watertown,” Wilson County Tourism Director Jason Johnson said. “And we couldn’t think of a better theme to go with. The railroad has always been ingrained in Watertown, we all know that.”

Watertown’s history as a train town started in 1885 when the Nashville and Knoxville Railroad built a depot there and solidified it as a business hub. Although the city no longer plays that role in the rail industry itself, the depot remains important to the local economy as a connection to the rest of Tennessee.

“We don’t have an interstate exit,” Watertown Mayor Mike Jennings said. “We don’t have an airport. We don’t have a river port. But we do have a railroad … it has played a major and phenomenal role in the development of this community and will continue to do so.”

TCRM President Terry Bebout said Watertown is the primary destination for its excursions. The facility sends out an average of more than 20 trains per year and has passengers from across the country.

“This being a challenging year for us, we had to shut down our tourism program in March,” he said, referring to the onset of the COVID-19 pandemic. “We started back in September and when we started back this is the first place we came to. We’ve been coming to Watertown now over 30 years … we’ve literally come to Watertown with the excursion train for hundreds of times with all kinds of different themes, and we’re looking forward to continuing that process.”

Watertown/East Wilson County Chamber of Commerce President Becky Dungy said the mural represents everything the city has to offer and expects it to be a hit with tourists and residents alike.

“This is going to be the future selfie spot when the train people come in,” she said. “This is where they’re going to want to come when our seniors are making their senior portraits, this will be their first stop. This will be in every yearbook from here on out.”