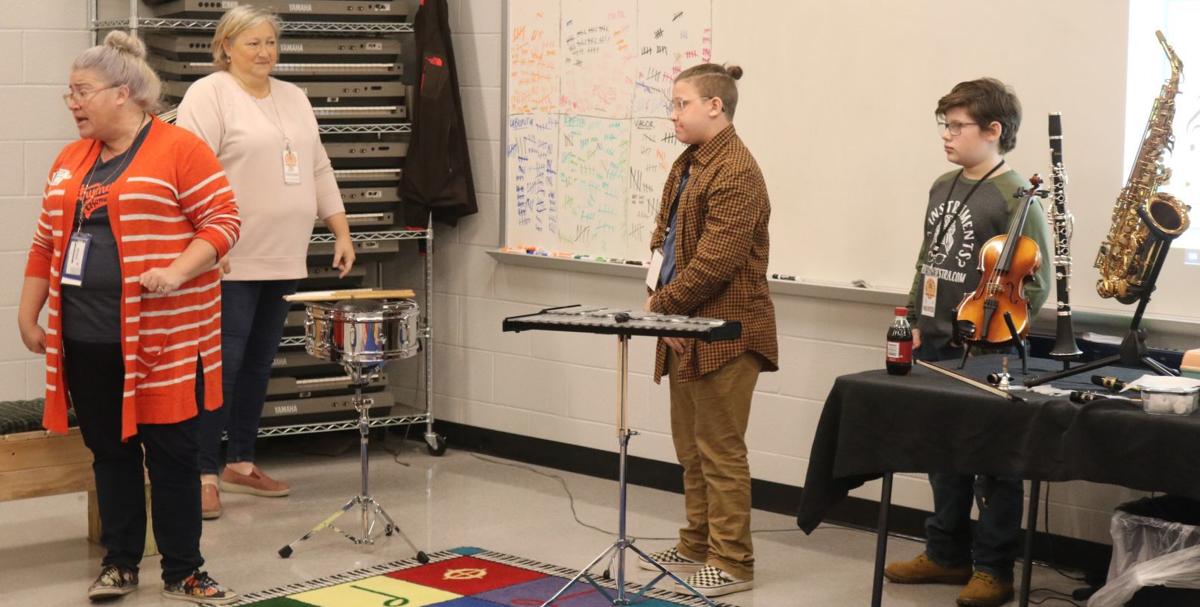 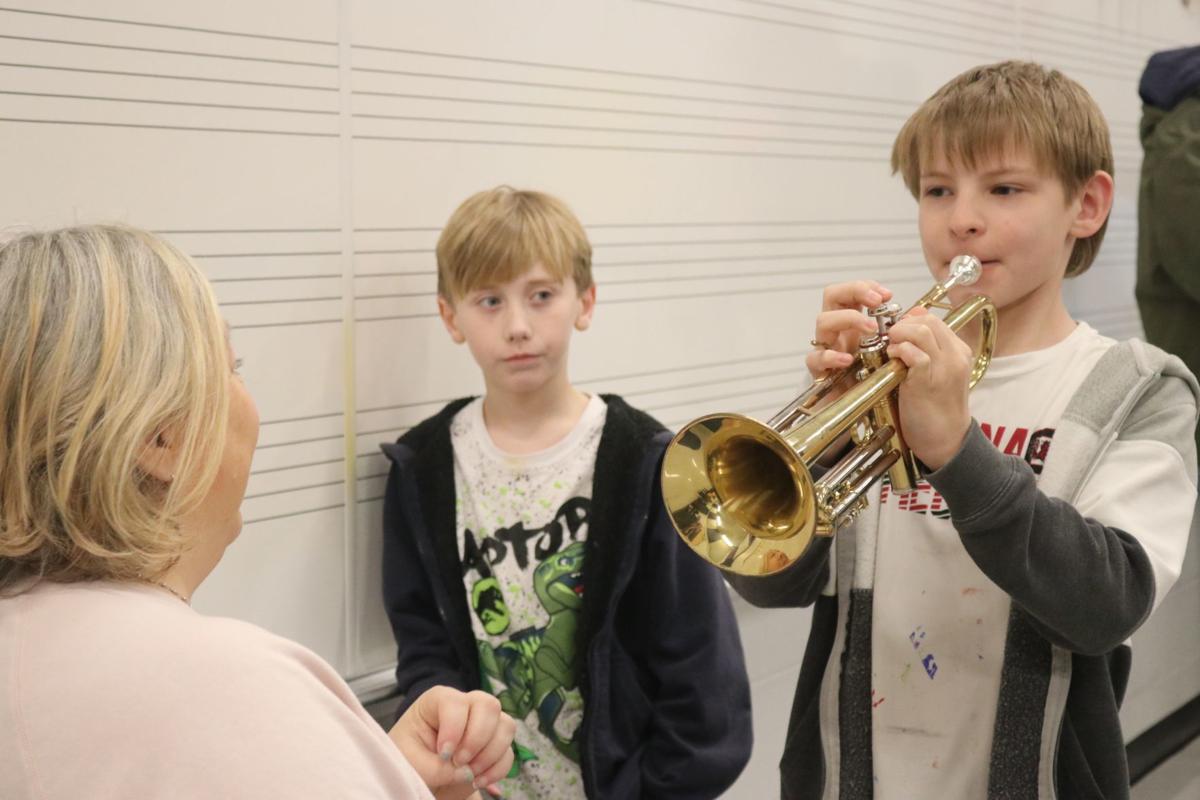 The fifth-grade students at Watertown Elementary School sat in a semi-circle on benches around the instructor. She picked up one instrument at a time and created the sound it was supposed to make. When she deemed it safe, she passed around an instrument for the children to examine.

Some of the children have had experience playing an instrument in the past and some of them have never been in the same room with one. Their experience level was of no matter to Erin Rheinscheld, president and founder of Catherine’s Orchestra for All. The point of the presentation was to inspire anyone who has never played in grade school band to make the decision to join it.

“Catherine’s Orchestra for All is a nonprofit named after my daughter, who passed away in August of 2017,” said Rheinscheld. “She was a junior and played in band. We started this in her honor.”

“When you think about it, we are a petting zoo. The kids can pick an instrument up, use it, and touch it. We are known as the zookeepers,” said Rheinscheld. “It started out as being very small and now I have my choice of instruments to pick from and bring them with me.”

Rheinscheld said for the first year Catherine’s Orchestra was only in the Lebanon Special School District.

“Now we are breaking into the county schools, which is exciting,” she said.

The children lined up in groups of four to wait for an opportunity to play an instrument. Afterwards, Rheinscheld and COFA Vice President Kate Stranahn gave the class a speech about how they can play sports and still participate in band.

Rheinscheld said a big part of why they do what they do is to make sure that no child will be kept from being in the band for lack of funds.

“If you say, ‘I need an instrument,’ we get you an instrument. If you need band fees, we make sure you have band fees. We never ask for proof of income,” said Rheinscheld. “Your family could make a half million dollars a year and you may not be able to afford band fees. It is not our business and we do not want it to be our business.”

Stranahn said many children think they have to choose between sports and band, but they do not.

“For some students deciding to join the band is the first active choice they can decide toward steering their own education,” said Stranahn. “It is safer too. If you play football, you could blow out a knee but once you learn how to play an instrument you are not going to lose that ability.”