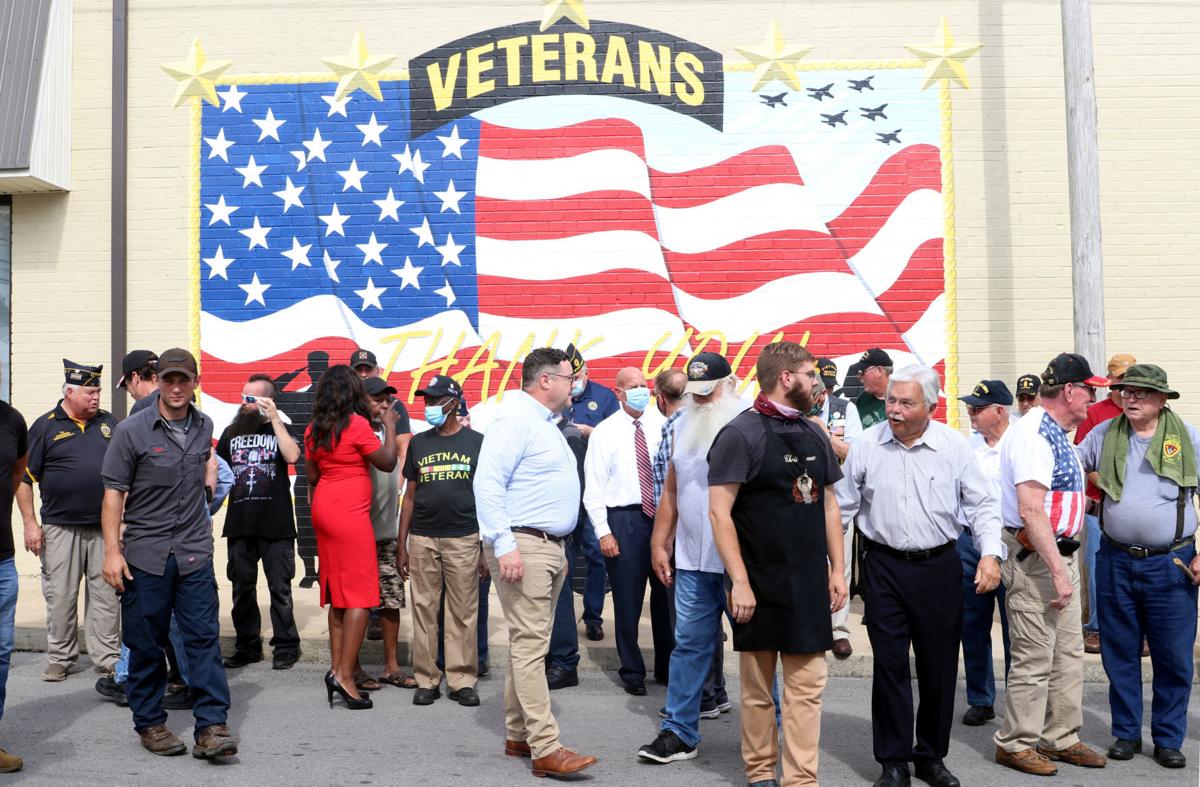 Wilson County veterans gather at the unveiling for Paint WilCo’s latest mural on Wednesday, a piece designed by local artist Brad VanHook to thank veterans for their service. 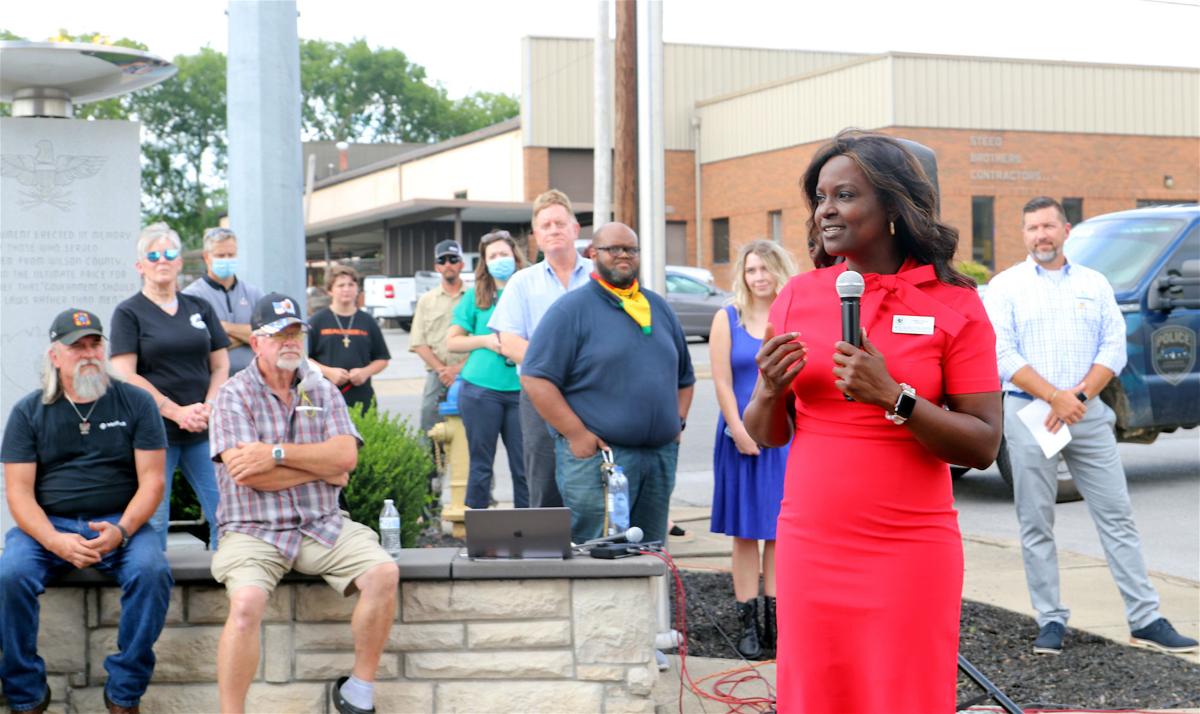 Wilson County veterans gather at the unveiling for Paint WilCo’s latest mural on Wednesday, a piece designed by local artist Brad VanHook to thank veterans for their service.

The Tennessee Arts Commission and the Wilson County Convention and Visitors Bureau honored veterans on Wednesday through the latest mural in the Paint WilCo initiative.

Local artist Brad VanHook designed the piece, which stands across from the Wilson County Veterans Museum and Plaza.

“Today, we’re here to honor the veterans,” he said. “It was a privilege and honor to be a part of it, I’m just the hand behind the brush. But there’s one particular veteran in my life that I want to honor today. This man has been in my life for 30 years, and I’ve had the privilege of calling him my second dad … retired Sgt. Major Thomas Lee Berry.”

Berry is one of more than 10,000 veterans in the county, according to Wilson County Veterans Service Office Director ZaBrina Seay. Many of them attended the unveiling, including Lebanon Mayor Bernie Ash.

“We memorialize those people that we will love and want to remember,” Ash, who served in the U.S. Air Force during the Vietnam War, said. “I believe that a basic desire most of us have is to be remembered, especially by those we love. That’s why we have so many graveyards and so many monuments, because we don’t want to give up the memory of those people that have done so much for us.”

Ash said that the mural’s location is especially significant because it sits near the memorial plaque on the Veterans Plaza. Hundreds of soldiers who were killed in military conflicts are listed there, and the artwork faces their names.

Lisa and Darryl Noble of Cedar City RV own the building used for the mural, and they envisioned it serving that purpose.

“This project came about a few months ago at a Historic Lebanon board meeting,” Lisa Noble said. “Through that, we immediately just started kind of carrying on a conversation about it, and I thought, ‘Wow, we have this amazing blank canvas right across the street from the museum. What a wonderful place to do this.’ ”

County officials also see the mural and the Paint WilCo initiative as a way to further develop the area. Ten murals are expected over the course of the effort, and the next one in the works is titled “Messages of Hope.”

“The murals project was the result of Wilson County’s ThreeStar certification with the Tennessee Department of Economic and Community Development,” Wilson County Mayor’s Office Project Administrator Susan Shaw said. “In 2019, the program was revised … we brought together a group of 30 county leaders to determine the key goals that would drive community prosperity for positive impact. The three most realistic and achievable goals were agreed to be workforce development, beautification and walkability.”

Murals in particular were identified during that discussion as a project to benefit the county, and Wilson County Director of Tourism Jason Johnson is among those heading it up.

“With the guidance and help of the Wilson County Murals Committee, we’ve been able to facilitate some amazing artwork in this county,” he said. “I think this mural to honor our veterans is definitely one we all agreed must get done, and with the murals committee we were able to find the perfect location, the perfect artist and the continued guidance that we needed.”

Seay said the mural’s location combines with the Wilson County Veterans Museum and Plaza to create a hotspot for visitors and veterans alike.

“This Veterans Museum is probably the best I’ve seen thus far,” she said. “And I appreciate the CVB and Lisa and everyone else for their donations and bringing attention to it. This is probably one of the best-kept secrets we have here in Wilson County … what a testament, and what a great day it is to be a veteran in Wilson County.”