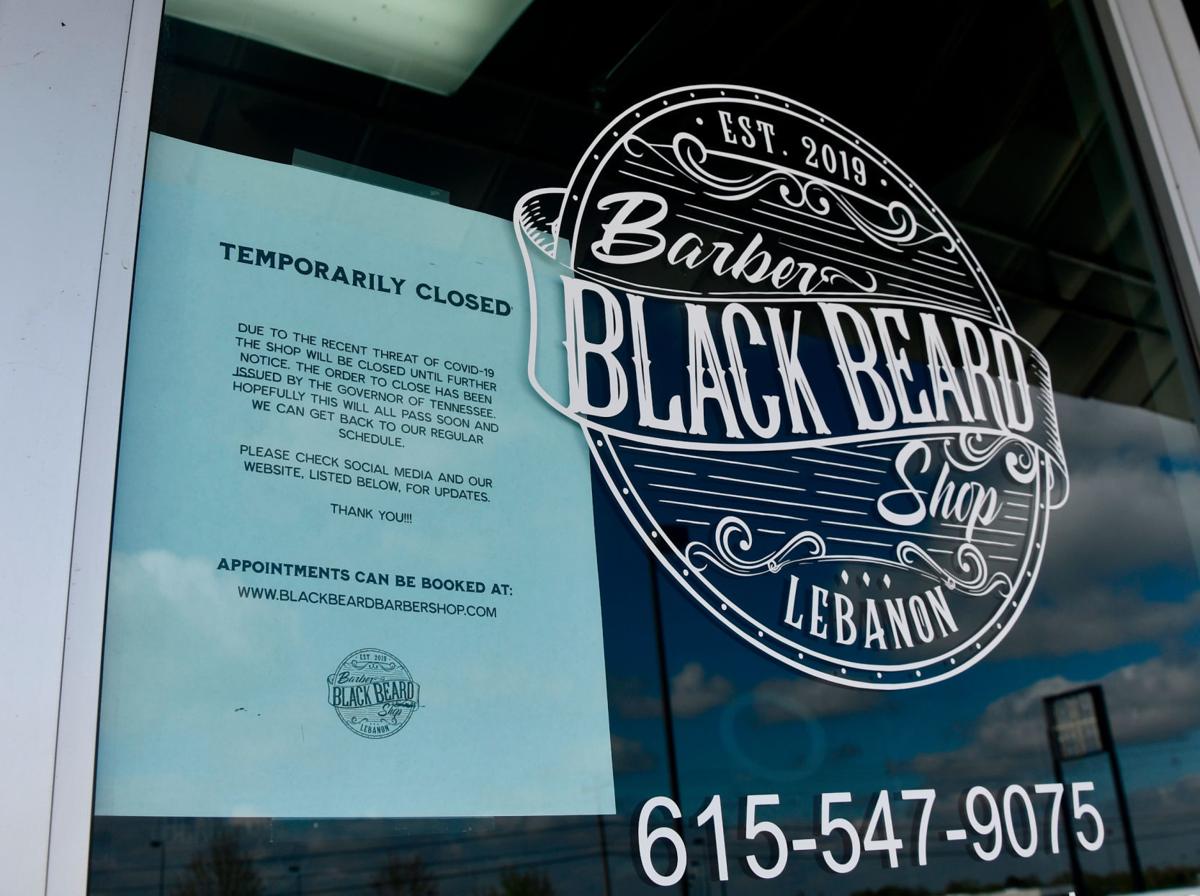 The sign on Black Beard Barber Shop in Lebanon expresses optimism that business will soon be back to normal. 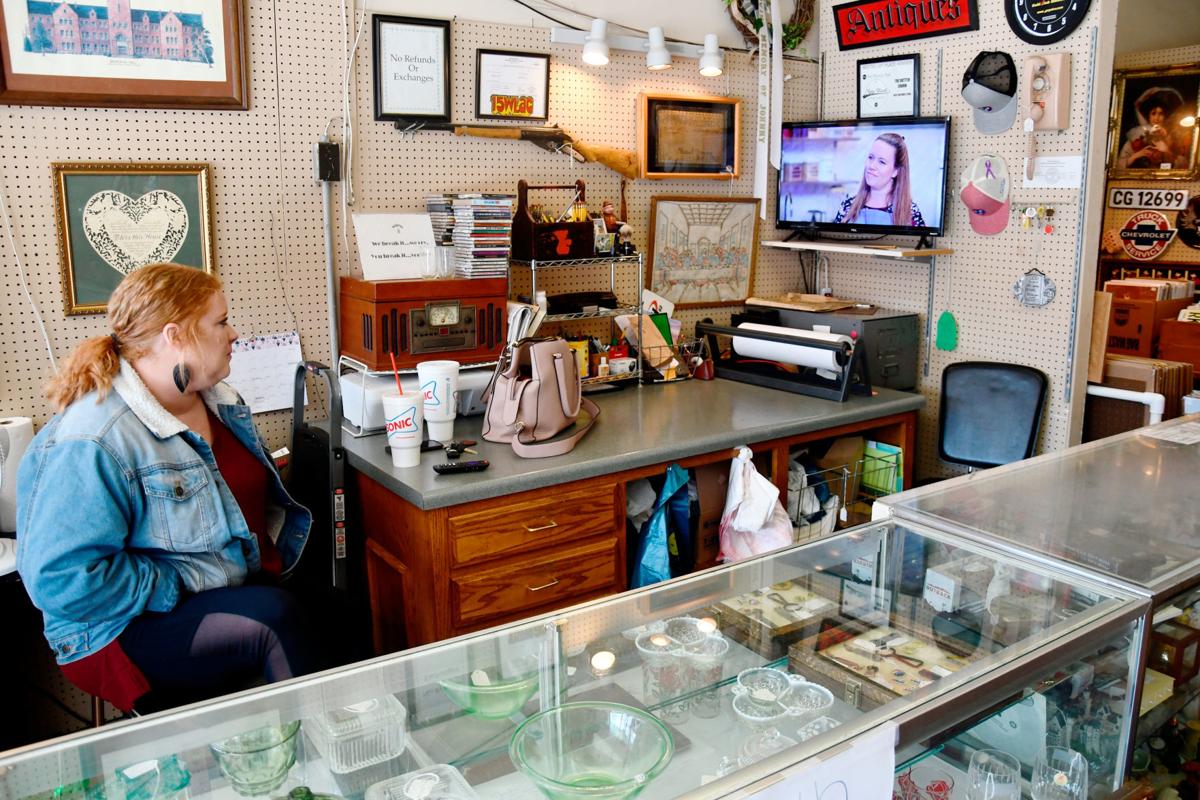 Britnie McDannald mans the counter at The Butter Churn on the square in Lebanon. 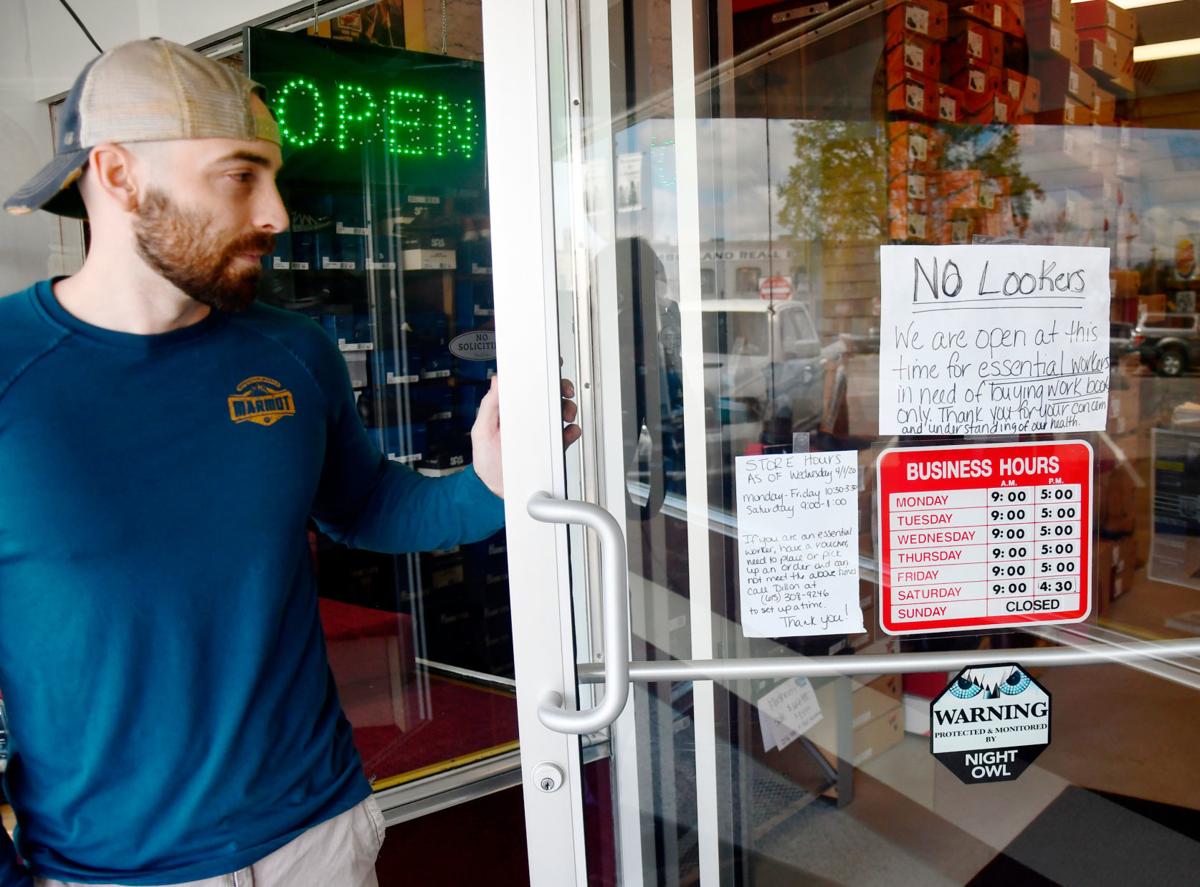 Dillon Young said he and his grandparents decided to keep Markham’s Shoes, on the square in Lebanon, open so they could continue to provide safety shoes to local workers.

The sign on Black Beard Barber Shop in Lebanon expresses optimism that business will soon be back to normal.

Britnie McDannald mans the counter at The Butter Churn on the square in Lebanon.

Dillon Young said he and his grandparents decided to keep Markham’s Shoes, on the square in Lebanon, open so they could continue to provide safety shoes to local workers.

The tattoo parlor was among “non-essential” businesses ordered to close statewide per Gov. Bill Lee’s executive order on Monday, as part of an effort to limit the virus’s spread.

“Before we closed, things were fine — there were still plenty of people wanting to get tattooed,” Lanning said. “But this is definitely going to put a financial burden on us. It’s not a good feeling because this is what I do to feed my family. And I don’t know that a loan is going to help out, because all you’re doing is putting a bandage on the problem — I’ll still end up paying for it down the road.”

Division Street has two full-time workers and a few part-time employees, all of whom are contracted. Lanning said the best hope for his team is that the April 14 reopening date in Lee’s order isn’t pushed back.

“Some of us have other jobs like woodworking and painting, but for the general public the last thing on their mind right now is getting a new piece of art for their bathroom,” he said. “Ultimately, it’s going to depend on the clients we already have remaining loyal and any aid available for small businesses.”

Social media has a become a lifeline for businesses looking to keep clients engaged as they weather the closures, and one company doing so is Beauty Boutique & Skincare Spa.

The Lebanon-based salon and boutique was expecting to reopen with scaled back hours and staffing next week but is now pivoting to delivery services and specials coordinated through Facebook. However, owner Necole Bell is worried it may not be enough, and her employees are temporarily out of work.

“I have about 14 employees, nine that are pretty much full-time,” she said. “I shed a lot of tears, because my girls have worked very hard. I’m scared for them because this is how they pay their bills and mortgages, and I’m scared about what this is going to do the economy and what it’s going to mean for us long-term.”

According to Bell, the salon has operated for seven years without any extended closures and was servicing between 30 and 40 clients per day. She credited city residents for supporting one another during the pandemic and hopes for a return to normalcy sooner than later.

“We already have a pretty good social media presence, but we don’t have a website to sell our products on because our vendors may not allow that,” she said. “We have been offering curbside pickup and delivery options.”

Even businesses that are still open have been affected.

Markhams Shoes on the square in Lebanon remains open, but only to customers who must have its work boots and shoes to do their jobs.

Manager Dillon Young, grandson of owner Bill Markham and manager of the store, said he and his grandparents talked it over after Lee issued his order.

“The family decided that for those that need protective footwear, we should stay open,” Young said. “The workers who are still working have to have steel-toed shoes to do their jobs.”

The sign on the front door says: “NO Lookers. We are open at this time for essential workers in need of buying work boots only.”

Young said the store has contracts with several local manufacturers to provide their employees with footwear, including Royal Canin Pet Food, ZF Active Safety and Electronics, and Performance Food Group.

About 30% of the store’s normal business comes from regular shoppers, Yound said, and that business “has definitely slowed down.”

Another business on the square, The Butter Churn antiques and collectible store, is still open despite the order.

Tori Brewington, who runs the business with her mother Denise Brewington, said they remained open to help those who rent booths inside the building.

“We don’t have that many customers coming in — we don’t ever have more than 10 in here at the same time,” said Tori Brewington. “We want to help our booth owners, who are small business owners.”

She said she is not concerned about spreading the coronavirus because there are never crowds in the building.

BlackBeard Barbershop in Lebanon changed its policies to address COVID-19, but owner Daniel Wolfenbarger kept the doors open for as long as he could.

“We closed as a result of the executive order, but we’d been doing cuts by appointment only for the last few weeks,” he said. “We’ve had to say no to a lot of would-be clients and direct them to our website, but the number of people who get turned away and then go schedule online is pretty low.”

Wolfenbarger employs three other barbers, but the shop had also been a two-person operation until the closure because some were on leave.

“The plan is just to hope this all ends soon and we’ll be able to open back up in April,” he said. “As a barber, if we’re not in there cutting our livelihood is gone, because what we cut is what we take home. It’s a pretty big loss … we’re a ride or die industry.”